Let’s face it—we sure do love to hate. From opposing sports teams to the other political party and everything in between, it often seems like we humans aren’t happy unless we’re steaming mad at something. But while hating on the Lakers or the government may be understandable, sometimes this unstoppable rage‑splosion gets directed at things that are innocuous at best and downright stupid at worst. 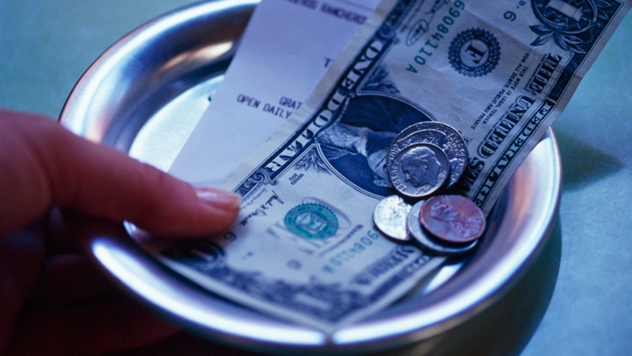 Tipping is the simplest thing on Earth. At the end of a meal, you look at the bill and leave an additional 15 to 20 percent, or you simply pay up and leave if the service was bad. It’s a tiny piece of social etiquette that in almost no way affects the quality of your life—and the mere mention of it will send otherwise normal people into a meltdown.

Now it’s true that there are some interesting debates to be had around tipping culture. For one, there’s the fact that it allows restaurants to pay their staff an abysmal wage and push the labor cost onto the customer. Then there’s the fact that plenty of other low-paid workers have to get by without expecting a single extra penny. But the online activism and incandescent fury that surrounds the simple act of dumping a few pennies on a bar makes such reasonable debate impossible. Somehow, this tiny social obligation has blown up into an Internet-wide crusade that infects even the most otherwise respectable news sites. All because of a measly bit of loose change. 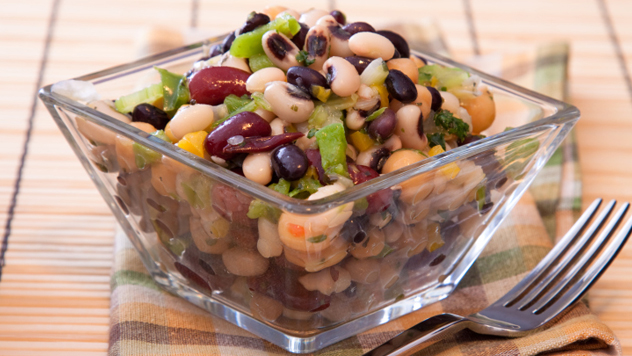 If you want a room full of random people to take an instant dislike to you, introduce yourself as a vegan. Across the Internet, there are trillions of sites dedicated to proving why people who eschew all forms of animal products are evil, or idiots, or both. And while some of these are probably just extravagant attempts at trolling, there appear to be plenty of people who honestly think being vegan is tantamount to baby murder.

Before anyone accuses me of getting preachy, I should probably point out that I once wrote an article called “9 Reasons to Reject Vegetarianism.” So yeah, my own record’s not perfect here—but it still seems strange that we’re all so willing to pile into people for doing nothing more than making a dietary choice. Do we militantly hunt down and abuse people who don’t eat fries, or cut coffee out their diet, or just refuse to touch cheese, despite all three of those things being absolutely delicious? No. So why do so many of us get worked up just because someone simply doesn’t fancy tucking into a nice, juicy steak? 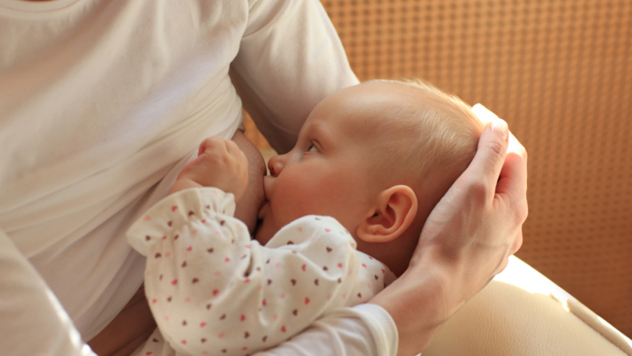 Here’s an uncontroversial statement: Throughout history, nearly every single newborn baby has been breastfed. It’s a natural part of motherhood and the reason us heterosexual male and lesbian humans get to enjoy the biological wonder of boobs. And yet there’s a small but very vocal contingent of the population who hate the idea of breastfeeding so much that they’ll publicly humiliate a new mother just to be spared a quick snatch of breast.

Seriously. The Internet is full of tales of breastfeeding women being ejected from public buildings and made to feel disgusting for doing something that’s both totally natural and totally legal. And, as an added bonus, nearly all of these stories come accompanied by comments we’ll charitably call “unenlightened.” For a culture that sure can’t get enough of boobs in general, we still seem curiously prudish when it comes to breastfeeding. 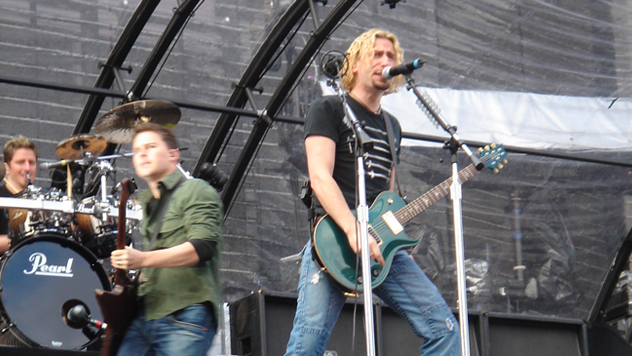 What does the word “Nickelback” mean to you? If you’re one of the legions of angry people raging against them on the Internet, your answer probably isn’t safe to print on a PG-rated site. Any appraisal of the band inevitably includes words like “talentless hacks,” “idiots,” and even “wankers.” Change the subject to Justin Bieber and the hate becomes even more intense. Despite being some of the most popular musicians on the planet, their stock is so low that you’d have to either be very brave or very stupid to admit to not hating them. So I’m gonna put my reputation on the line here by saying this hatred is undeserved.

Yeah—undeserved. Chad Kroeger may have contributed some super-bland songs to the world, but he’s also turned Nickelback into one of the most philanthropic bands in existence. Justin Bieber has campaigned extensively against homophobia and bullying. In other words, they’ve actively made the world a better place, something that can’t be said for your standard Internet keyboard warrior.

Does this mean you have to like their music? Heck no. Does it mean that maybe dedicating 15,000 words to trashing them on your blog is misplaced rage? You do the math. 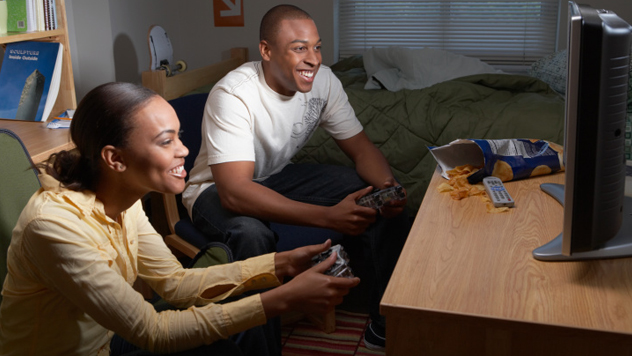 This one never fails to amaze. See, despite the fact we live in 2013; despite games being a multi-billion dollar business; despite the average gamer being 35 and in rewarding employment, there still exist millions of people who can think of nothing more pathetic than a grown person playing videogames.

This sort of nonsense is especially prevalent on “serious” sites that occasionally deign to do game reviews. Back in September, the Guardian’s games critic actually had to write a patient piece explaining to the readership that it’s totally possible to be both a mature liberal adult and a dedicated gamer. The Daily Mail and BBC, meanwhile, were so shocked to discover grown women gamers are a real thing that they ran breathless reports emphasizing how unbelievable this was.

These are stereotypes that should have died out around the time the first PlayStation was released—yet people still continue to react to the term “adult gamer” as if you’d just told them you had a highly contagious disfiguring disease. 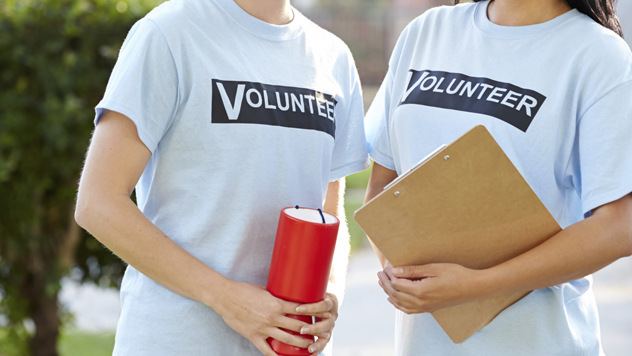 It’s pretty much inarguable that charity street fundraisers can be annoying. You’re bounding down the street, late for work or lunch, when you suddenly find yourself being pulled into a depressing conversation about the plight of river otters or whatever. But there’s a huge difference between labeling someone a minor annoyance and turning into a seething bundle of vitriol at the mere thought of their existence.

In the UK especially, this regularly tiptoes into the realms of madness. “Chuggers” (a combination of “charity” and “mugger”) are seen as something slightly worse than a plague-rat infestation, with the slightest mention of them triggering a hysterical backlash. That last link, by the way, will take you to the official Red Cross blog—the home of one of the most competent charity organizations in existence—which has currently racked up 100 or so comments essentially calling for chuggers to be exterminated.

Yet the figures show that street fundraisers really do make the world a better place. In the UK alone, they bring in around £120 million a year for charities like Amnesty and the Red Cross. Surely that’s worth a microsecond of harassment on your way to work? 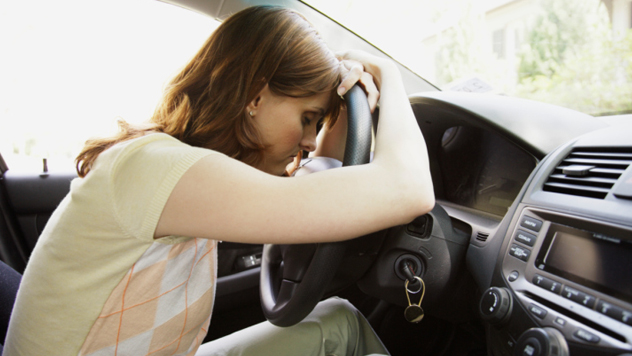 If you want a lazy cliché, they don’t come much lazier than this: According to vast swaths of the Internet, all women are instinctively terrible drivers who deserve to be mocked at every opportunity.

Honestly, the number of videos out there that exist purely to give guys some silly woman to laugh at is incredible. Even Gawker and the Telegraph have devoted valuable server space to point out how useless a surfeit of estrogen makes you behind the wheel. But here’s the thing: There are no hard facts to back this bizarre assumption up. On the contrary, the New York Times reported on a five-year traffic study that showed men were behind 80 percent of all fatal crashes in New York. National studies have reached similar conclusions.

Now, it’s kinda tempting to think (or hope) that most of this is just ironic humor laced with some PC-baiting. But then you stumble across stuff like this and this and realize that some people are really just hate-filled dingbats. 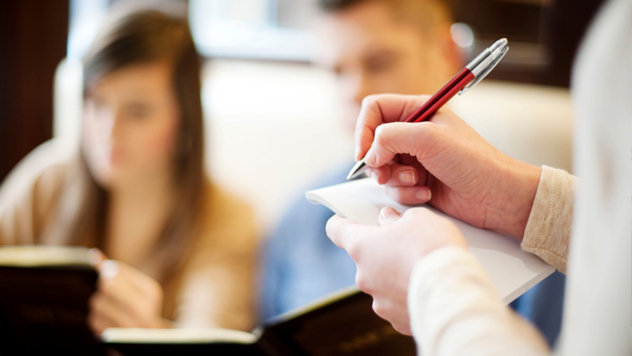 Okay, this is sort of a companion piece to the “Tipping” one up there, but it needs to be said. There is a large contingent of people working in the service industry who consider literally anyone who walks into their store a jackass who deserves a slow and painful death.

To be clear, I’m not talking about people who get riled at customers who are abusive or rude. I’ve worked retail before and I know what it’s like to have someone threaten you because you’re out of discount donuts or whatever. What I’m talking about are those waiters and clerks who seem to have taken service industry jobs just to screw with regular people. The sort of people who post stuff like this or do disgusting crap like this. The sort of people who would be the douchebag customer in another life, ranting that their service wasn’t quick enough. Please, no matter how crappy your job, don’t let this person be you. 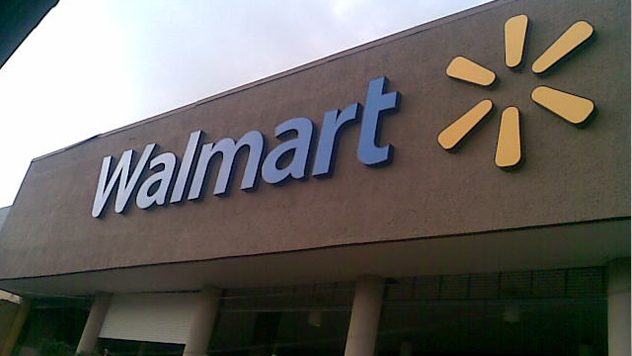 Since only a borderline sociopath would literally get angry at the idea of people visiting Walmart, I’d better explain what I mean. When I say “Walmart people,” I mean mostly poor regular folk who shop in discount stores and look—to put it as politely as possible—rather less handsome than your average member of society. And I bring them up because there’s an entire cottage industry on the Internet dedicated to making us disgusted by their very existence.

Google “Walmart People” and you’ll find site after site dedicated to trashing weird-looking people in deprived parts of town. And while it’d be nice to think it’s all just for giggles, a large percentage of the commenters seem to genuinely hate these anonymous oddballs.

Look, I get that this is the Internet and mocking people is kind of what we do. But it just seems strange to expend that much anger on someone who you will never meet and has had no discernible impact on your life. Yes, even when their butt is hanging right out of their jeans. 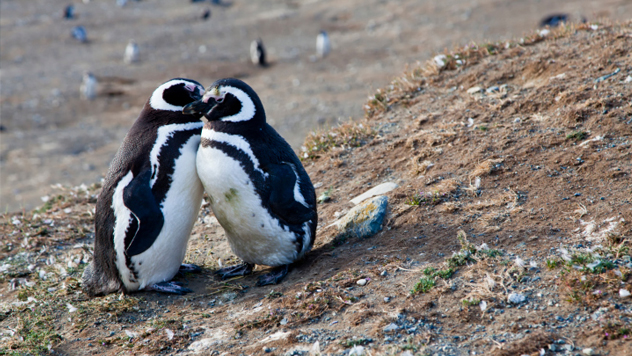 Here’s an interesting and possibly unexpected fact for you: A significant number of animal species are known to practice homosexuality. We’ve reported elsewhere on the prevalence of bisexuality among bonobo apes, but there have been widely-reported instances of everything from gay dolphins to gay penguins. And every time one of these stories blows up, the world seems to go nuts.

Go type “gay animals” into Google. Provided your Safe Search is firmly on, you’ll find roughly a bazillion articles arguing—with the sort of burning rage only a nutjob can muster—that these animals are being manipulated, are somehow wrong, or simply don’t exist. Just think about that for a second. Thanks to our own weird prejudices, we humans are happy to spend hours of our lives and reams of paper spewing bile at some random animal for simply doing what it’s biologically programmed to do.

It’s almost like we’re collectively incapable of not getting worked up over the dullest, most natural thing in existence, even when it has no impact on us whatsoever. And you know what? When they come to write the epitaph for the burning remains of the human race, I’m guessing that’ll probably be it.