When most people hear the word “Rastafarian,” they think of men with dreadlocks, of smoking ganja, and of men with dreadlocks smoking ganja. Basically, they think of Bob Marley. In fact, Rastafari is a very serious philosophy that takes much direction from the Bible. While there are some people who claim to be Rastafari just as an excuse to do drugs, there are many true believers, and the public idea of them is often quite inaccurate.

10 Not All Rastafarians Smoke Weed 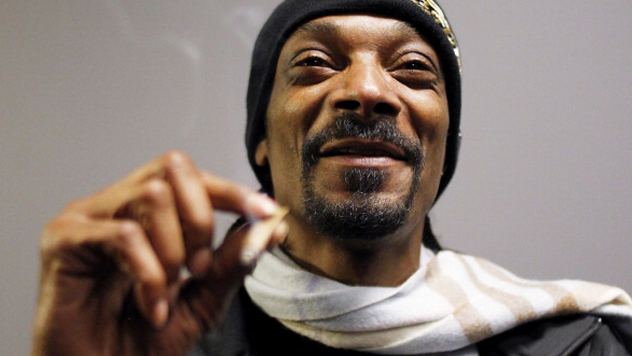 Many people are attracted to the idea of being a Rastafari because it means they have a religious excuse to smoke ganja. Some of them may be surprised then that smoking ganja is not only optional for Rastafarians but isn’t really all that central to their faith. Some Rastafari simply choose not to smoke weed at all.

Recently, Snoop Dog decided to change his name to “Snoop Lion” to show his adherence to Rastafari after he spent some time in Jamaica. However, many Rastafari have raised an outcry claiming that they see little actual faith in his behavior and think it is only an excuse for Snoop’s love of weed. Of course while Snoop Dog (or Snoop “Lion” if you will) may actually be sincere, that really isn’t the true point of their ire. Rastafari already have trouble getting people to take them seriously due to the stereotypes, they likely fear a well-known stoner like Snoop Dog representing them will only spread that misperception more widely.

Learn more about Rastafarian beliefs with Rastafari: Roots and Ideology at Amazon.com!

9 They Call Halie Selassie The Second Coming Of Christ 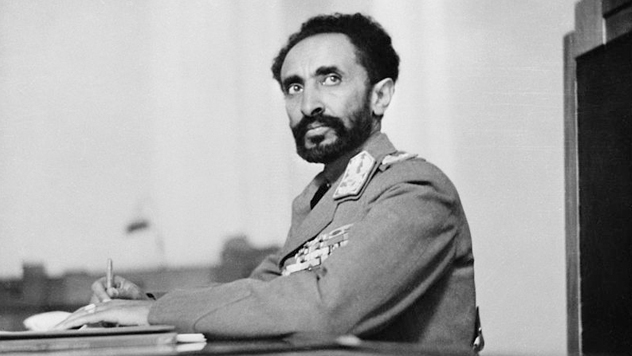 This belief, which is a core part of the Rastafari philosophy, was taken up at the inception of the religion. In the early 1900s, Marcus Garvey prophesied that a new black king would soon come to Africa and that man would be the messiah. Not too long after this, in Ethiopia, a new king was crowned and his name was Haile Selassie I.

Seeing this as a sign of what was prophesied, the burgeoning Rastafari movement took this man as the second coming of Jesus. However, while most people would not believe in a second coming of the messiah solely based on prophecy, the Rastafarians wouldn’t either. They point to other evidence as well, particularly the claim that Haile Selassie is related to King Solomon, giving him a connection to Jesus. If Haile Selassie I was the messiah. he kept it very quiet. He himself always denied being a reincarnation of Jesus. 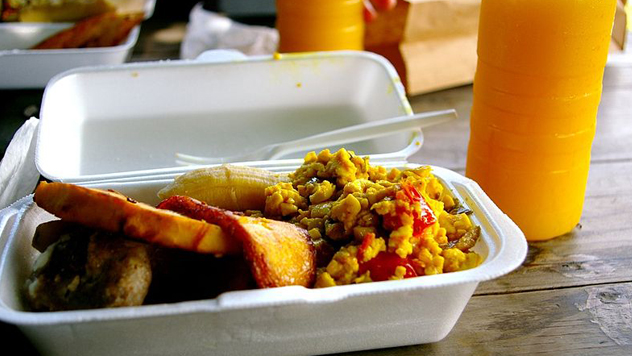 Rastafari have a specific diet called Ital, a word that stems from vital. Many people confuse Ital with vegetarianism or veganism. It’s actually a diet of its own and may change somewhat based on the denomination of Rastafari or the individual.
The Rastafari don’t wish to take part in the system as they deem it oppressive. For this reason they refuse any processed foods. They also won’t eat red meat, believing that it rots inside your body. Many will still eat fish because they believe that it is supported as being all right by the Bible. However, some refuse to eat fish, and others will remove dairy from their diet and go closer to full-vegan. The main idea of course is simply to eat natural foods that are good for you.

7Your Body Is A Temple 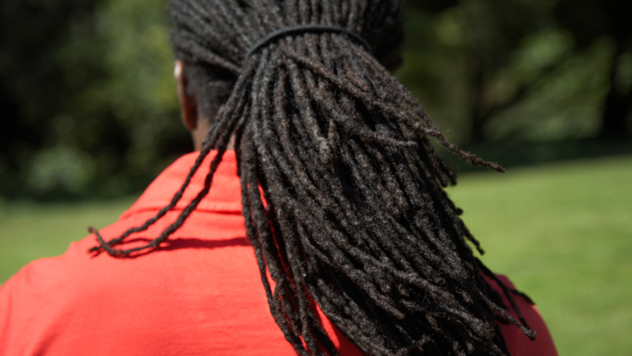 In Rastafari, your body is considered your temple, so you need to really take good care of yourself. Part of this can be seen in the philosophy of the Ital diet. However, it goes much further than just eating good food to take care of your health.

Rastafari believe that they should let their hair grow long and not taint it with anything unnatural. This all comes down to respecting your body and what it is. You don’t cut your hair, tattoo your skin, or eat bad food. In fact some Rastafari have cited this as the reason they don’t smoke ganja. Some feel that for them personally it’s not good for their health, so they quit smoking. 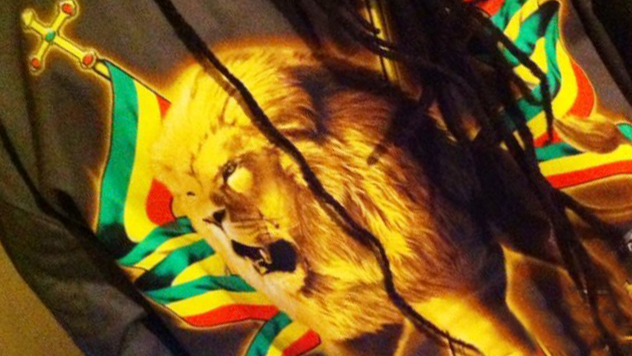 Rastafari actually don’t like being referenced as “rastafarians” at all. The reason for this stems from their philosophy.

Rastas believe that “ians” and “isms” represent the corrupt “Babylonian” system that oppresses people all over the world. Considering themselves a religion or an ism of any sort is seen as accepting a system that is anathema to what they believe. This means that some Rastafari will actually be quite unhappy with you if you call them a Rastafarian or say that they practice Rastafarianism.

Of course this hasn’t stopped scholars who still refer to Rastafari as an “ism” and also classify them as a religion. This latter part has also caused annoyance as some Rastafari don’t like the term “religion” either and prefer to consider their movement a philosophy. 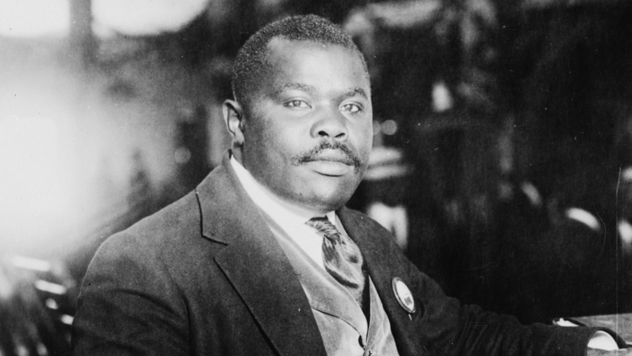 The Rastafari movement began in Jamaica, where most of the black population had originally been slaves forced from Africa to work. The movement was started as a means of empowerment. As such, it may not be too surprising that Rastafari as a belief system completely rejects the standards and structure of western society.

For a people who had been oppressed by Western society and colonialism, the Rastafari movement was a way to claim back their own way of life. By rejecting the “Babylonian” system that was deemed corrupt and oppressive, Rastafari are able to take back their own culture and connect to their roots.

You see, the movement was shaped very much in the beginning by the words of Marcus Garvey who would later on be considered a prophet in Rastafari beliefs. Garvey may never have identified as a Rastafari but he was very vocal when it came to black empowerment and inspired a great many people.

4 The Return To Africa 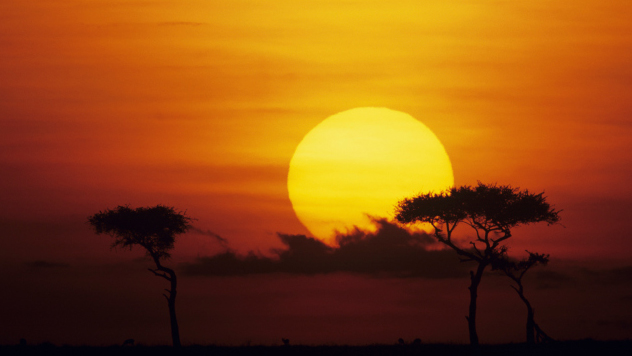 Rastafari often rely heavily on the Bible when it comes to their religious beliefs and yet have their own idea of a paradise. Members of the Rastafari movement feel that they are in a sort of hell or purgatory as their ancestors were removed from their homeland against their will. Africa is their version of Zion. It is a paradise on Earth, and the goal of many Rastafari is to move back to Africa.

This is more of a cultural yearning than it is a solely religious belief and makes perfect sense after the colonialist oppression that so many black people faced. For this reason, it is about more than just returning to Africa for most Rasta. It is actually very much about building Africa into something even better, preserving African culture, and celebrating a way of life that many feel the Babylonian society tried to take away from them. 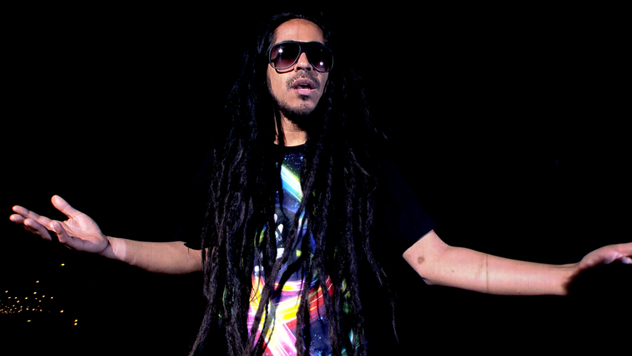 The early Rastafari in Jamaica created a dialect that is an offshoot of Jamaican Creole. Jamaican Creole was originally derived from English by African slaves who had been brought to the island of Jamaica. The Rastafari as an empowerment movement took the language and modified it both in dialect and philosophy to meet their needs, forming a new dialect known as Lyaric.

One of the most important concepts is the use of pronouns. Most of the time, “I” is used instead of “me,” “you,” or just about any pronoun. Rastafari do this to express the connection between all people and to acknowledge everyone’s humanity.

Rastafari also prefer positive expressions whenever possible. Instead of someone saying they are “dedicated,” they might say livicated to show vitality. And “oppressed,” would be downpressed, to indicate the direction that the oppression is coming from. Someone also might overstand something because it sounds more upbeat than “understanding.”

For stoners, April 20 is a very important day, but for Rastafari, the next day is the truly important one. As we mentioned earlier, Rastafari believe that Emperor Haile Selassie I of Ethiopia was the second coming of Jesus Christ, and thus they are pretty big fans of the guy. During his life back in the 1960s, he decided to visit Jamaica. The official line was that it was a diplomatic visit, but some people believed he wanted to meet the Rastafari and learn about the people who worshiped him as another coming of the messiah.

The crowds were enormous and made an incredible amount of noise, and this delayed him coming off his plane for quite a while, likely due to safety concerns. During his time there, he did meet with some of the leading members of the Rastafari movement. While there isn’t much record of what was said, some believe he told them that they should try to fix things at home in Jamaica before they returned to Africa.

Since his visit, April 21 has been known to Rastafari as Grounation Day and is observed as one of the most important holy days. 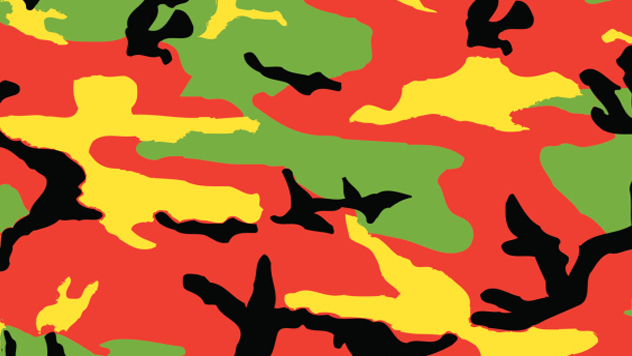 The red, yellow, and green colors of Rastafari are pretty ubiquitous, although most people probably associate them more with Bob Marley and ganja than they do any spiritual movement. However, many people don’t realize there are actual four Rasta colors.

These colors all have symbolic significance in Rastafari beliefs. The yellow color is said by some to refer to the wealth of their homeland in Africa. The red is perhaps unsurprisingly symbolic of blood and the martyrdom of past Rastafari. The color black is an obvious reference to the black people who originally started the Rastafari movement in order to return to their roots, and the green is related to the abundant plant life of their native homeland.

In case you were still curious—no, the Rastafari colors really don’t have anything to do with smoking ganja.