The first automobile is generally considered to have been invented in 1886, making it just over 125 years old. And yet cars are among our most primal obsessions. Learning to drive is a profound rite of passage; sliding behind the wheel for the first time symbolic of freedom. Not surprisingly, the last 125 years have provided us with a great deal of awesome automobile trivia. 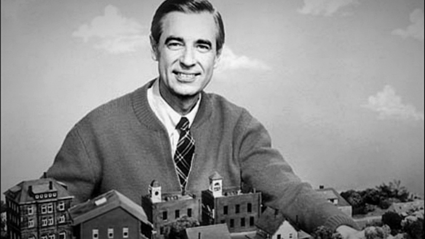 If you believe everything you see in movies, you might assume that beautiful sports cars are the vehicles most likely to be targeted by thieves. In reality, the most common cars are also the ones most frequently swiped—particularly Honda’s Accord and Civic models. For the most part, stolen cars are not sold intact, but are taken to “chop shops” where they are dismantled. Honda’s wide circulation and relatively expensive parts make their cars an attractive target.

Unless it was picked up for a quick joyride and then dumped, the chances of recovering a stolen car are slim to none. However, your odds supposedly increase precipitously if you are a beloved children’s television personality. According to a probably apocryphal urban legend, none other than Mr. Rogers once had his car stolen. After the theft was reported on the news, the thieves returned the vehicle with a message: “Sorry, we didn’t know it was yours.” 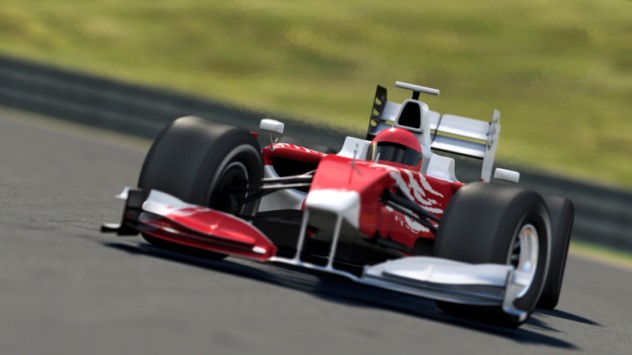 The idea of a car driving upside down might seem preposterous, the kind of stunt seen in dumb action movies. However, science has assured us that it is indeed possible for a car to drive on the ceiling.

Race cars, specifically those used for Formula One racing, are designed with inverted wings. They work in the opposite fashion to aircraft wings—instead of generating lift, they generate downforce, which pushes the car down against the ground. While this might seem counterproductive in relation to achieving high speeds, the downforce has a practical use: It allows F1 cars to take corners at a velocity that would otherwise send them flying off the road.

All an F1 car would need to do to drive upside down is to generate a downforce equal to or greater than its own weight. But while the science is sound, there are some pretty big complications. Driving upside down would be extremely disorienting to the man behind the wheel. Moreover, the car’s engine and components are not currently designed to operate upside down. 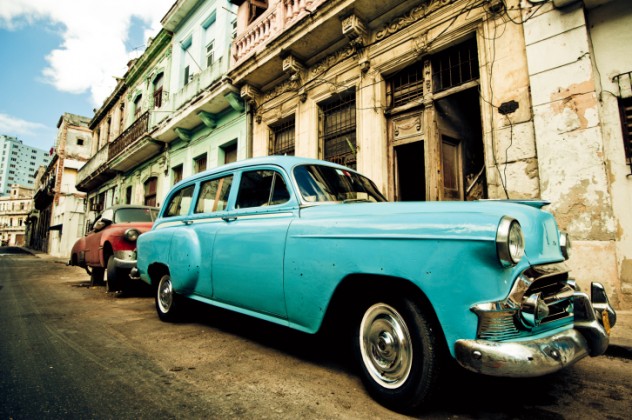 Movies set in Cuba often portray rows of pristine classic cars, chrome twinkling in the sunlight. You’d be forgiven for thinking Cubans have a love affair with vintage Detroit rolling iron, but the reality is a bit uglier. On October 19, 1960, the United States issued a trade embargo against Cuba. One of the embargo’s many effects was that new cars stopped rolling into the island nation. The Cuban government also cracked down on the purchase of cars; only those that were already on the island at the time of the embargo could be freely traded and sold amongst its citizens. All others who wished to buy a car had to secure special permission.

Beginning in early 2014, the Cuban government lifted the sanctions, allowing people to freely buy cars if they wished. While the United States continues to ban automobile exports to Cuba, manufacturers in other countries, such as France’s Peugeot, have no such restrictions. Unfortunately, the Cuban government has instituted staggering markups on the prices of these vehicles, to the point where a new car ranges from US$91,000 to $262,000. The average Cuban earns only about $240 a year, putting such expenditure so far out of reach as to be unimaginable.

And while there are some beautifully maintained 57 Chevys and the like rolling down the streets of Havana, the truth is that keeping almost 60-year-old cars in running order is a full time job. Most of Cuba’s vintage cars are dangerous (almost none have seat belts), oil-belching monstrosities held together with duct tape and prayers. 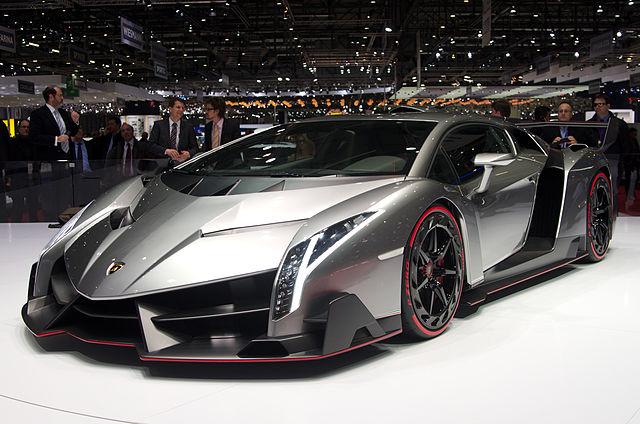 When we think of expensive cars, names like Bentley and Rolls Royce come to mind. But you could buy more than 20 Bentleys for the price of the world’s most expensive automobile. The Lamborghini Veneno (Italian for “venom”) is a limited edition supercar that boasts staggering power—its 740 horsepower engine can produce a top speed of 355 kph (220.5 mph). According to the manufacturer, this lowslung beast can accelerate to 100 kph (62 mph) in 2.9 seconds.

But as we mentioned earlier, the privilege of owning the Veneno comes with a shocking price tag—the roadster goes for an astonishing $4.5 million. Of course, the Veneno is more about making a splash than making a profit. Lamborghini is only producing nine of the cars, which are sure to be squabbled over by all manner of oil-rich sheiks and tycoons of industry, the only kind of folks with pockets deep enough to afford them. 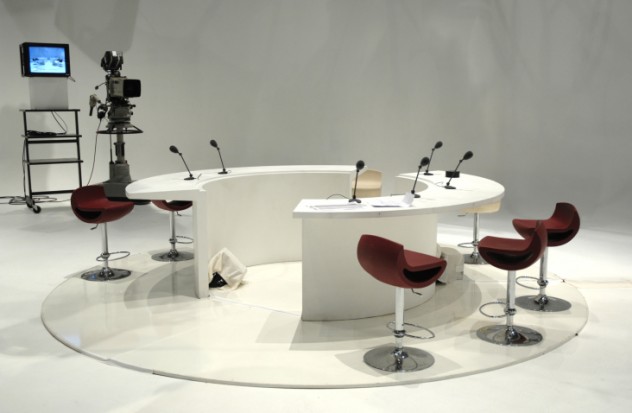 One of the loftiest prizes available to game show contestants is a brand new car—usually given to the show as a form of advertisement by the manufacturer. Unfortunately, winning a “free” car can be both a blessing and a curse, since the winner is still required to pay sales tax. In the United States, this rate varies from state to state, but can get very expensive.

This issue was brought to the forefront by a memorable 2004 episode of The Oprah Winfrey Show, when the entire audience, 276 people, received a Pontiac G-6 worth $28,500. A little math reveals the final price tag for the giveaway as at least $7.9 million. Of course, the billionaire Oprah could easily have afforded such a generous gift, but it was actually funded from Pontiac’s marketing budget. Each prizewinner was left with a tax bill of approximately $6,000.

Should you luck into winning a thirsty, high-horsepower sports car that devours gas at a higher rate than normal, you’ll also get slammed with a “gas guzzler” tax. The less fuel efficient the vehicle is, the higher the tax will be. 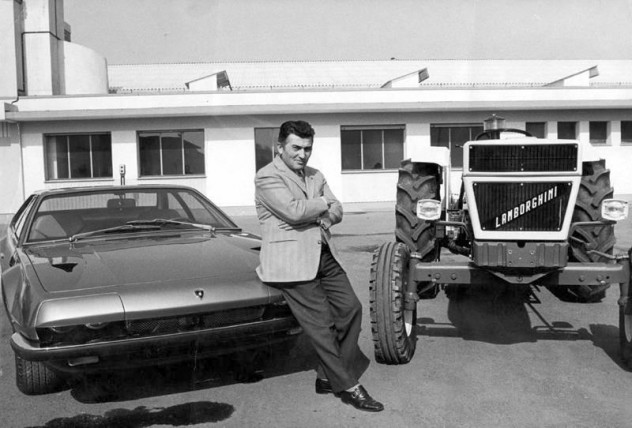 During WWII, Ferruccio Lamborghini was a young mechanic in Italy’s Royal Air Force. Following the war, the enterprising young man capitalized on all the spare military equipment lying about, converting it into farm tractors. Business took off and Lamborghini was soon a rich man, able to pursue his love of sports cars. His collection included Maseratis, Aston Martins, and Ferraris.

This latter brand caused Lamorghini considerable annoyance. He loved his Ferraris, but they had several mechanical issues. Particularly troublesome was the tendency for the clutch to burn out. Examining the problem, Lamorghini found them to be the same clutches he used to operate his tractors. He aired his grievances to Enzo Ferrari himself, who dismissed him out of hand as a simple tractor builder. Insulted, Lamorghini decided to make his own cars.

Automobili Lamborghini was formed in 1963 and began producing cars by the mid 60s. Most of these elite supercars were named after bulls, as Ferruccio was obsessed with the sport of bullfighting. Business declined in the 1970s, and Lamborghini sold off his interest in the company after the calamity of the 1973 oil crisis. Today, the brand is owned by the Volkswagen Group. 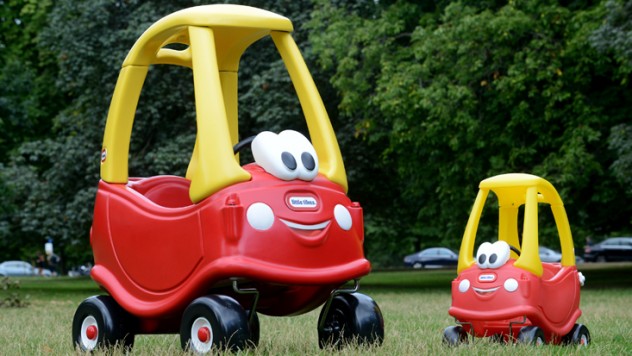 If you’re under 40, you or one of your pals likely had a Cozy Coupe. Manufactured by American toymaker Little Tikes, these plastic, red-and-yellow cars have proven enormously popular since their introduction in 1979. Described a cross between a “Volkswagen Beetle and a Fred Flinstone car,” the Coupe is powered by a toddler’s own feet. For many years, the Cozy Coupe was the bestselling car in America, outselling such perennially popular models as the Ford F-Series pickup and the Honda Accord. In 2008 alone, a year before the car’s 30th anniversary, 457,000 Cozy Coupes were sold.

In recent years, the Coupe’s aging design has been revamped into a slightly more modern look, including a set of cartoon eyes in the front. Little Tikes has also unveiled a line of other riding toys, including airplanes, tricycles, and pickup trucks. 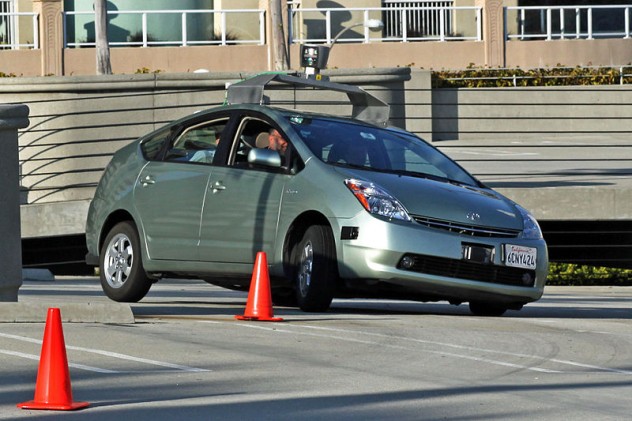 Driverless cars are one of the mainstays of science fiction, featured in films like I, Robot and Minority Report—not to mention 1980s television classic Knight Rider. There are currently quite a few projects to develop a driverless car, but perhaps the most promising is helmed by search engine giant Google, which has retrofitted at least 10 different vehicles to pilot themselves. The Google project has proven an enormous success—after logging over 300,000 miles on active roads, there have only been two incidents, one where the vehicle was being manually controlled by a human, and another where the vehicle was struck by another motorist.

The implications of this technology are astonishing. Car accidents, which claim the lives of tens of thousands of people each year in the United States alone, would be virtually eliminated by factoring out human error. No longer would drunken, elderly, or youthfully reckless drivers cause deaths. Sending a text message from behind the wheel would not be a potential fatality. Those afflicted by blindness or paralysis would likely be able to drive. As things stand, the future looks bright for autonomous cars, with several automakers expecting to roll out driverless models by 2020. 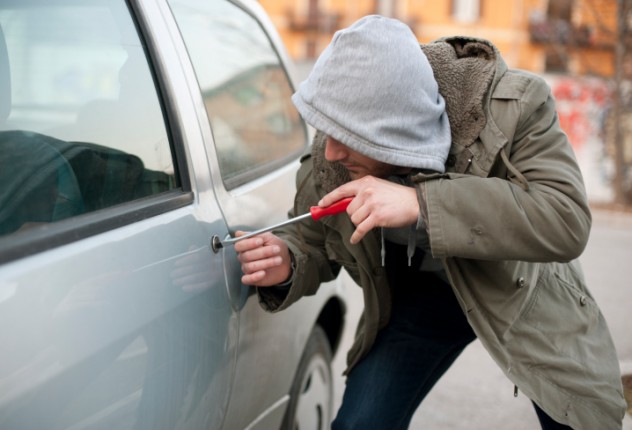 Carjackings are often vicious, deadly crimes that certainly deserve no celebration. The term itself was first used in 1991 in The Detroit News, reporting on the death of 22-year-old Ruth Wahl, who was murdered on the streets of the Motor City for refusing to give up her Suzuki.

Detroit has more than its fair share of carjackings, but the world’s capital for the crime is South Africa, where the rate of carjackings is about 18 times that of the US. To address the problem, the South African police have special units to deal with the crime. Confrontations often end in shootouts.

Several devices have been invented to allow motorists to defend their cars, the most notorious of which was the Blaster. Introduced in 1998, the Blaster was a petroleum gas flamethrower affixed to the car, which would ignite anyone who came within a few feet of your vehicle. The inventor, Charl Fourie, claimed that it probably wouldn’t kill someone, but probably would permanently blind them. Somehow perfectly legal, the Blaster ceased production a few years later, as its price limited sales. There are, however, plenty of these devices still in circulation, a fact which carjackers in Johannesburg are likely to learn the hard way. 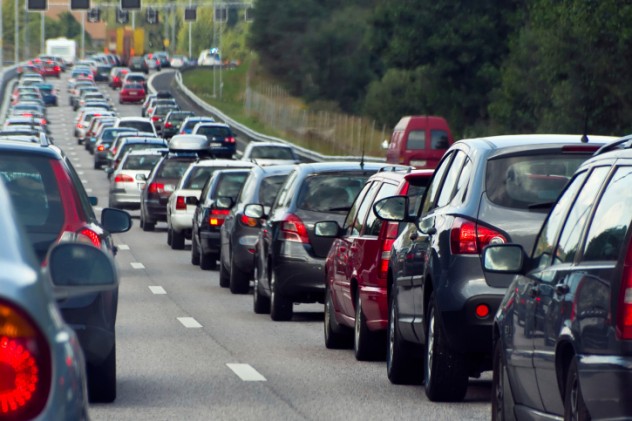 The terrorist attacks on 9/11 had far-reaching social, political, and financial implications that are still being felt today. Not surprisingly, the four horrifying plane crashes put a great many people off the idea of air travel. Those that did hazard public transportation were chilled by the presence of National Guardsmen clutching automatic weapons. Instead, many people chose to drive. At the time, gasoline could be had cheaply—the average price per gallon in the United States was about $1.50.

One axiom often bandied about is that flying is the safest way to travel. When a plane crashes, the loss of life is catastrophic, but millions of flights go off without a hitch. MIT statistics professor Arnold Barnett reports that in the last five years, the risk of dying on a flight in the United States was one in 45 million. In other words, statistically speaking, you can fly every day for 123,000 years before encountering a crash.

Driving, by contrast, is far more deadly. Your chance of being killed in a car accident in a given year is one in 7,000—flying is more than 6,000 times safer. It has been estimated that the increase in driving in the year following 9/11 resulted in an extra 1,595 traffic fatalities, more than half the death toll of the original attack.

10 Brutal Facts About Growing Up In The Aztec Empire