It seems like an unfortunate trend that men in power somehow can’t avoid abusing it, especially when it comes to matters of sex. As a wise man once said, “With great power comes great responsibility”—apparently easier said than done when you consider men like Bill Clinton and Silvio Berlusconi. Let’s take a peek at some sex scandals that—although not as well-known—were just as shocking as their more famous counterparts. 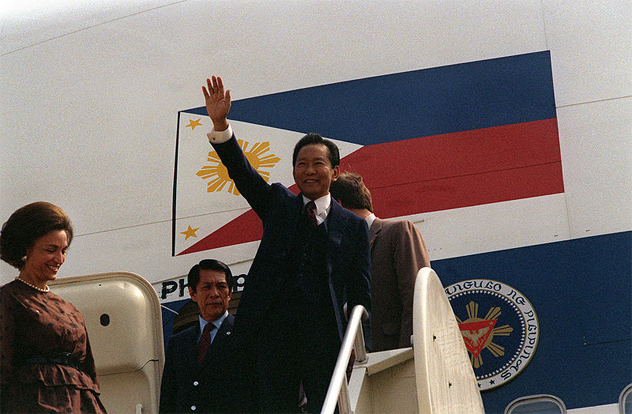 Philippine president Ferdinand Marcos already had the makings of a megalomaniac way before he ever became dictator of the country. One of his self-serving projects included a movie about his supposed exploits as a guerrilla leader during World War II. The role of Marcos would be played by actor Paul Burke, with Dovie Beams as the leading lady. After she arrived in Manila, Beams caught the attention of Marcos. The president wooed her and began a two-year affair with the actress during the ongoing movie production. As careful as Marcos was at keeping his affair a secret from his wife Imelda, he didn’t count on Beams placing a tape recorder under their bed every time they made love.

After the affair fizzled and Beams was not paid her dues, she revealed the audio recordings of her encounters with Marcos to local journalists in Manila—they were bemused to hear their president’s lousy singing and whining for sexual favors. After the conference, Beams fled to Hong Kong, where she eluded one of Marcos’s assassins and escaped the Philippine consul’s attempt to stop her flight to the US. That wasn’t the end of Marcos’s misery, however, as one other woman took advantage of the fiasco: his own wife, Imelda. She used the affair to strengthen her own position within Marcos’s inner circle—after he declared martial law, his wife controlled virtually everything (including him). 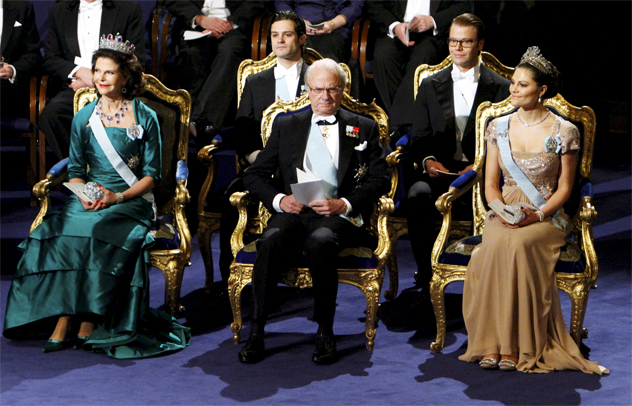 The book also looked into the king’s illicit affair with a Swedish model/singer—at one point they planned to elope to an island, where they would survive on coconuts. While King Carl denied the book’s contents (obviously), his recent statements have left much more to the imagination—in a 2011 interview, reporters asked if he really attended strip clubs. He said, “It depends what you mean by sex and strip clubs. It is a rather broad definition.” 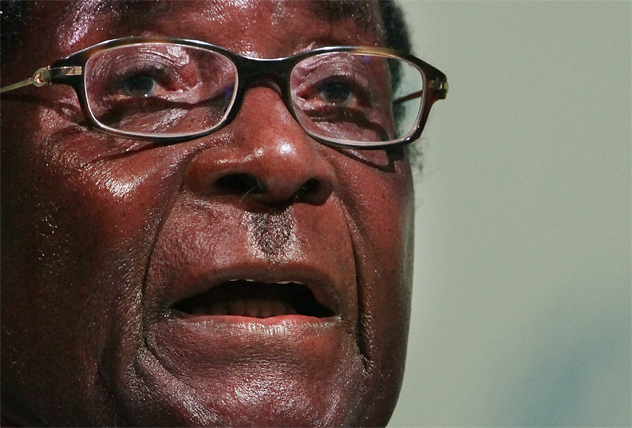 Yes, there really was a man named Canaan Banana, and he became the first black president of Zimbabwe. However, it was Banana’s prime minister—the infamous Robert Mugabe—who held the real power behind the scenes and effectively made Banana’s post a largely ceremonial one. While Banana did help broker a peace deal between the government and rebels, he would be more remembered for raping his male aides and bodyguards. He would have gotten away with it too, if it were not for one of his former bodyguards, who exposed him in 1997.

The bodyguard—who was charged for murder—revealed that he had killed the victim because the man had taunted him and called him “Banana’s wife.” In due time, several of Banana’s former employees came forward and accused him of raping and assaulting them. Banana later escaped his country before he could be sentenced—he was fearful of being killed by Mugabe, who viewed him as an embarrassment. He later returned (after being convinced by Nelson Mandela) and did eight months out of the 10 years he was supposed to serve.

7 Generals And Their Mistresses 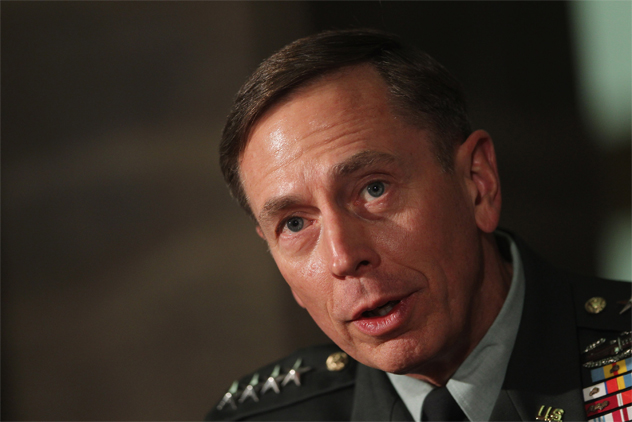 It seems men in uniforms have a glaring weakness for women in skirts, with the most recent example being former CIA director David Petraeus. The disgraced four-star general—who also led the war in Afghanistan and Iraq—had to resign after he admitted to an affair with his biographer in 2012. That’s hardly the first time a general’s been caught with his pants down; some just have the extreme fortune of a looming war to divert the public’s attention.

While stationed in the Philippines in the 1930s, Douglas MacArthur met and started a relationship with a 16-year-old Scottish-Filipina girl, which continued for many years. When MacArthur became chief of staff, he brought her with him to Washington. Eventually their relationship fell apart and MacArthur had to pay off his erstwhile lover to keep quiet about his dalliances. Another general—Dwight Eisenhower—reputedly had an affair with his personal driver, Kay Summersby, during World War II, though his status as a war hero quashed that rumor and paved the way for him to become US president twice over. 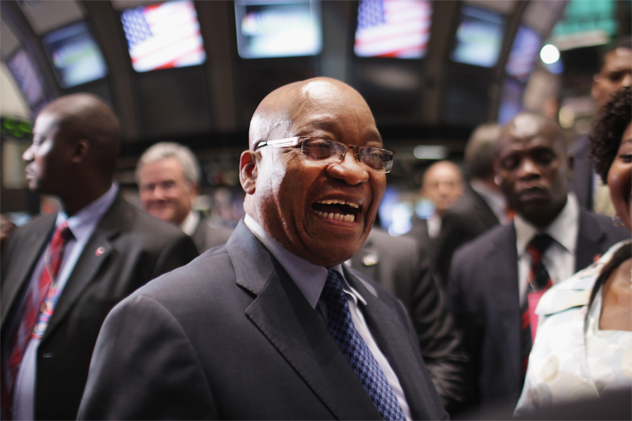 Current South African president Jacob Zuma apparently had the wrong idea when it came to preventing HIV. In his 2006 trial for the alleged rape of a 31-year-old woman (who also happened to be the daughter of his deceased friend), the then-ex deputy president testified that even though he knew she was positive for HIV, he did not wear a condom. Instead, he took a shower after their sexual encounter because he thought this “would minimize the risk of contracting the disease.”

Although the court, citing the woman’s history for fabricating rape charges, later cleared Zuma, the judge blasted him for his irresponsible behavior in regards to the disease. Likewise, AIDS activists and health groups expressed their dismay that Zuma—who also led the country’s health agencies as deputy president—would portray AIDS so nonchalantly. After the trial ended, many wondered whether Zuma himself contracted the disease—a speculation he hoped to end when he announced in 2010 that he tested negative for HIV. Now that’s a lucky man. 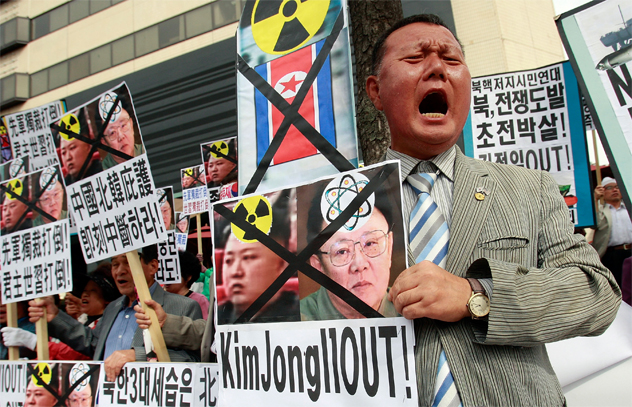 Has North Korea’s newest dictator gone mad with power? According to one of South Korea’s main newspapers, Kim Jong-Un reportedly had his ex-girlfriend, Hyong Song-Wol, executed along with about 20 musicians in August 2013, after they were found guilty of producing and selling sex tapes of themselves. A month after the executions, the “sex tape” that got Hyong in trouble surfaced in the Chinese equivalent of Youtube. The video showed her and two other scantily clad women doing a dance routine to an Elvis Presley song—a far cry from the charges of pornography.

The same South Korean newspaper later reported that a North Korean defector confirmed that the executions really took place, all because the musicians had said that Kim’s current spouse, Ri Sol-Ju, had made similr videos with them in the past. To prevent a scandal from breaking out, Kim decided to silence them once and for all. As usual, North Korea’s official news agency—while not denying the execution itself—lambasted South Korea (and Japan) for spreading “false rumors” about Kim’s wife and vowed revenge. 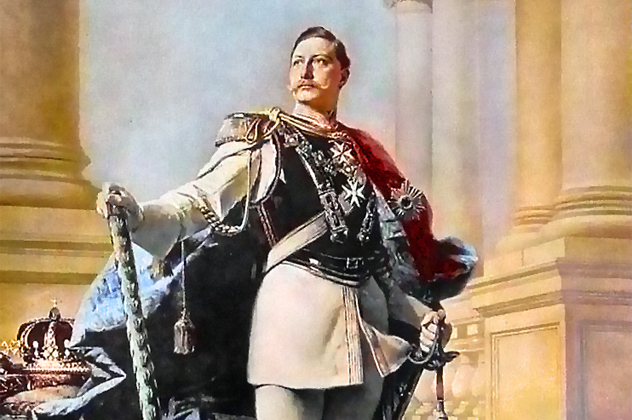 One of the biggest scandals to hit Imperial Germany came just before World War I in the form of accusations that Kaiser Wilhelm II’s inner circle was filled with homosexuals who advocated pacifism. The instigator—a newspaper publisher named Maximilian Harden—believed that the Kaiser’s poor leadership would someday lead Germany to ruin, and sought to destroy his reputation indirectly. With juicy information provided by palace insiders who were critical of Wilhelm II (including Otto von Bismarck), Harden set out to gradually discredit the Kaiser’s men.

Among his hardest-hit targets was Prince Philip Eulenberg, one of the Kaiser’s closest confidants and a noted pacifist. Harden alleged that the married Eulenberg took on many gay lovers within and outside the circle, including Berlin’s military commander, Count Kuno Von Moltke. The accusations paved the way for a series of trials, which quickly degenerated into one big media circus—on one side, Harden had his army of eyewitnesses and “experts” on homosexuality; on the other were the accused and their lawyers, who charged Harden for libel.

The results of the trial were inconclusive, although most of the accused saw their reputations in tatters and their careers ruined. As for Harden, he later unwittingly helped fulfill his own prophecy about the Kaiser leading Germany to ruin. With Eulenberg and the rest of the pacifists gone, the militarists soon became the dominant voice within the Kaiser’s entourage—a factor that helped ignite World War I. 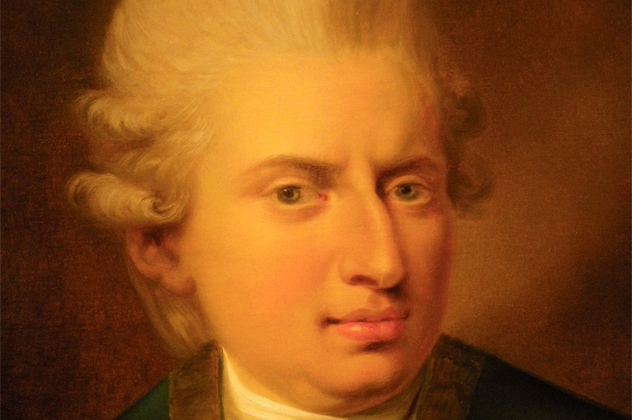 The quote “the road to hell is paved with good intentions” fit perfectly with the life of Johann Struensee. An avid follower of the Enlightenment, Struensee found the perfect opportunity to reform a nation when he became the personal physician of the schizophrenic Danish king, Christian VII. As the only one who could calm the king’s wild and bellicose personality, Struensee soon earned the trust of the king’s long-suffering wife, Queen Caroline Matilda.

The two began a torrid love affair, which many speculated produced a princess, Louisa Augusta. Simultaneously, Struensee gradually tightened his influence on the king and worked his way up the royal court ladder until he became the virtual dictator of Denmark. He then proceeded to institute widespread reforms, such as abolishment of press censorship, outlawing slavery, and improvement of welfare services aimed at the common folk. While Straunsee’s intentions were good, the majority of the Danish resented him for becoming a sort of foreign benevolent dictator—ironically, they used their newfound press freedom to satirize him and his illicit affair with the queen.

The king’s mother-in-law later led a coup that toppled Straunsee’s short-lived regime. He was executed while Queen Caroline was imprisoned for adultery. Her brother, King George III, later rescued her and brought her to his castle at Hanover, where she became known as the “Prisoner of Celle (Castle).”

2 The Geisha That Toppled A Japanese Prime Minister 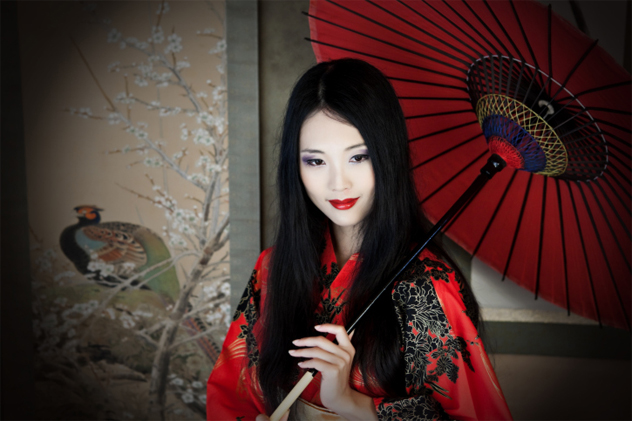 In a period marked by two Japanese Prime Ministers resigning one after the other, the late 1980s just wasn’t a good time for Japanese politicians (or the public in general). The first scandal was monetary in nature: Then-Prime Minister Noburo Takeshita and his Cabinet were forced to resign in the summer of 1989 after being implicated in one of the most comprehensive financial scandals to hit the country after the war. Shortly afterwards, he was replaced by the new Prime Minister, Sosuke Uno, who promised to clean up the mess.

Unfortunately, Uno never got to the “cleaning up” part, as barely three months later his own skeletons came tumbling out the closet in the form of geisha Mitsuko Nakanishi. She publicly claimed that she and Uno had pursued an affair that ran for five months before he suddenly left her. While the Japanese public were more readily accepting of their leader’s private indiscretions, what they could not tolerate was Nakanishi’s assertion that Uno (who was extremely wealthy) didn’t pay her enough for her services. Public clamor against Uno’s stinginess later forced him to resign and turned him into Japan’s fourth shortest serving prime minister ever.

One of the most gripping tales of sex and murder to hit British-ruled India happened in the 19th-century capital of Calcutta with the Tarakeswar Affair. Madhavchandra Giri—head priest of the local Tarakeswar Temple—seduced and raped Elokeshi, the young wife of government employee Nobinchandra Banerji while he was away for work. Afterward, Elokeshi and the priest maintained their illicit affair with the consent of the girl’s parents. When Banerji returned, his wife confessed everything and begged for his forgiveness. The couple eventually reconciled and prepared to leave the area, only to be blocked by the priest’s henchmen.

Banerji—in a moment of despair and anger—beheaded his wife and promptly got himself arrested. In the ensuing trial that reached even the British press, Banerji was at first acquitted, then convicted, and finally pardoned due to overwhelming public support for his actions. On the other hand, the priest was forced to step down from his position and sentenced to three years of hard labor. In the aftermath, the Tarakeswar Affair spawned a number of popular plays and artworks that kept the story hugely popular to the public decades after the original event.