Slavery in America didn’t end with the Emancipation Proclamation. It lived on—even after the Civil War had ended and the 13th Amendment had been put into place.

The Civil War brought the Confederate States back into the Union, but the people who lived in the South weren’t through fighting. They were determined to keep things exactly as they were during the heyday of slavery.

They made state laws that let them keep black people in essential servitude. As a result, slavery in America lived on for a lot longer than most people realize.

10 Slavery Was Used As A Legal Punishment 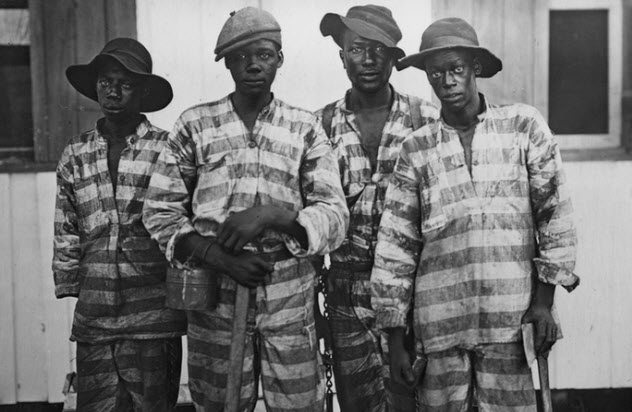 The 13th Amendment didn’t make all forms of slavery illegal. It kept one exception. Slavery, it ruled, was still permitted “as a punishment for crime.”

All the Southern states had to do was find a reason to arrest their former slaves, and they could legally throw them right back on the plantation. So, Southern politicians set up a series of laws called the “Black Codes” that let them arrest black people for almost anything.

In Mississippi, a black person could be arrested for anything from using obscene language to selling cotton after sunset. If he was as much as caught using a bad word, he could be charged, leased out as a slave laborer, and put to work in chain gangs and work camps on farms, mines, and quarries.

It happened a lot. By 1898, 73 percent of Alabama’s revenue came from leasing out convicts as slaves.[1]

The enslaved convicts were treated terribly. They were beaten so brutally and viciously that, in one year, one of every four enslaved convicts died while working. Work camps kept secret, unmarked graves where they would bury men they’d beaten to death to hide the evidence. By the end, those graves held the mutilated bodies of at least 9,000 men. 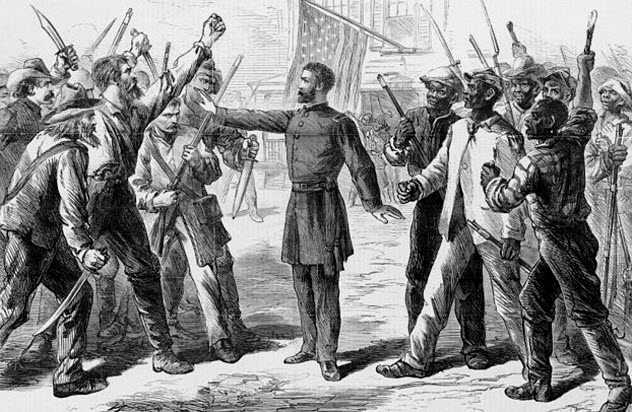 When the 13th Amendment was passed, a judge in Alabama declared that he and his Southern brethren were going to keep black slave labor alive in the South. “There is really no difference,” he said, “whether we hold them as absolute slaves or obtain their labor by some other method.”

He was right. Their new jobs as free people weren’t much different from their jobs as slaves. The newly freed slaves may have dreamed of better lives and new occupations, but a better life wasn’t easy to find. They had no money, no education, and no experience doing anything other than slaving away on a white man’s plantation.

Many ended up signing labor contracts with their former masters and were put back to work on the same farms. There, white landowners kept slave-condition gang labor alive with whites overseeing black workers.

Pay wasn’t much better than it was during slavery. In fact, it was often worse. The earliest records of black wages weren’t taken until 1910, nearly 50 years after emancipation. Even then, the average black man made no more than one-third the salary of the average white man.[2]

8 Sharecropping Made Slaves Through Debt 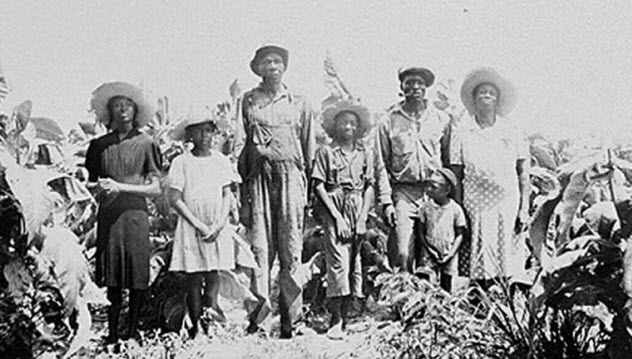 Emancipated slaves had been promised 40 acres of land and a mule, but the government quickly backed out of the deal. It was an unfeasible amount of land to take from the white people who owned it, and most refused to sell their land to black people anyway. So they came up with something else—sharecropping.

With fields full of cotton, the slaves couldn’t grow their own food. So they had to buy it. But with half of their incomes going to white landlords, they were often bringing home less than slaves. They’d have to borrow money for food from the landlords, too—keeping the blacks in a perpetual cycle of debt and servitude.[3]

7 Unemployed Black People Were Forced To Work Without Pay 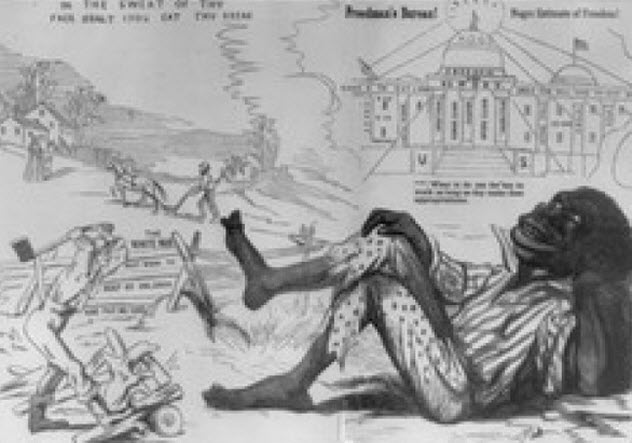 If you turned down the slave-labor jobs you were being offered, they’d just make you work. If a black person in Virginia was caught without a job, he could be charged with vagrancy. He’d be forced to spend the next three months working for pay that, even at the time, was described as “slaves wages [that were] utterly inadequate to the support of themselves.”

Trying to escape just made things worse. If a vagrant working slave wages tried to run, he would be tied up with a ball and chain and forced to keep working—except that now he wouldn’t get paid a penny.[4]

Vagrancy was called “slavery in all but its name.” But it was often much worse than what the blacks had gone through in slavery days. More than that, it forced black people to either accept the slave-like conditions that came with sharecropping and gang labor or to work without pay. 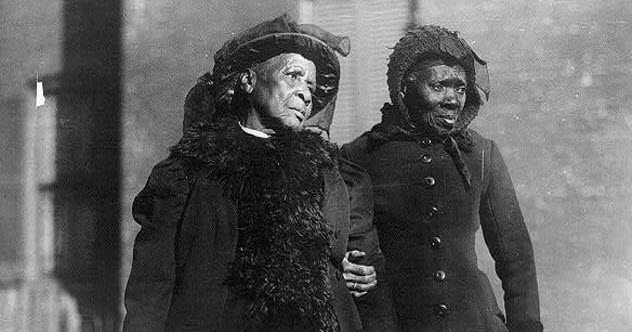 The former slaves would now be under contracts forcing them to work for their old masters, and the freed slaves could get in legal trouble for breaking these contracts. If they got real jobs, even the people who hired them could be sued by the slave owners for “enticing” their apprentices away.[5]

One woman named Elizabeth Turner went through this. She was tricked into going right back to the same slave labor she’d done before emancipation. Turner managed to get out with the help of an abolitionist lawyer who took her case for free. But most weren’t so lucky. Most former slaves were illiterate and uneducated and didn’t know any way to get out of the contracts that threw them right back into slavery.

5 Confederados Took Their Slaves To Brazil 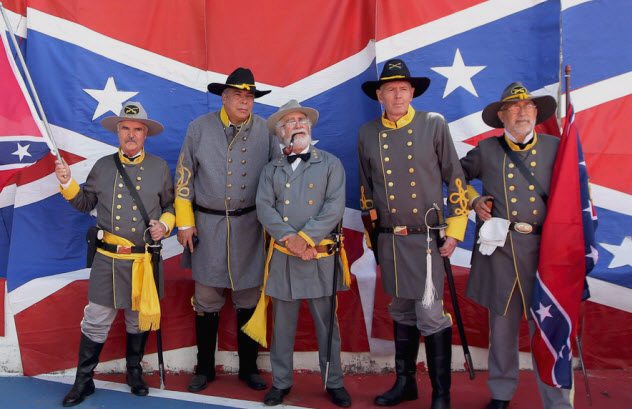 Brazil lured Confederate slave owners after the Civil War. Slavery was still legal there, and it was in wider swing than it ever had been in the US. About five million slaves had been sent across the Atlantic to Brazil—more than 10 times the number that had been sent to the US.

For many Confederates, that was a selling point. Between 10,000 and 20,000 people moved from the US to Brazil under the promise that they would be allowed to keep their slaves. Some dragged their newly emancipated slaves with them to a land where the freedmen could be forced back into servitude. Meanwhile, other Confederates picked up new slaves in Brazil at discounted prices.

Even today, there are little communities in Brazil that still revere their American slave-owning ancestors, called “Confederados” by the community that took them in.[6] Now 150 years later, the descendants of slavers still wave Confederate flags and speak with a Georgia twang.

4 Black Workers Were Locked Up And Beaten 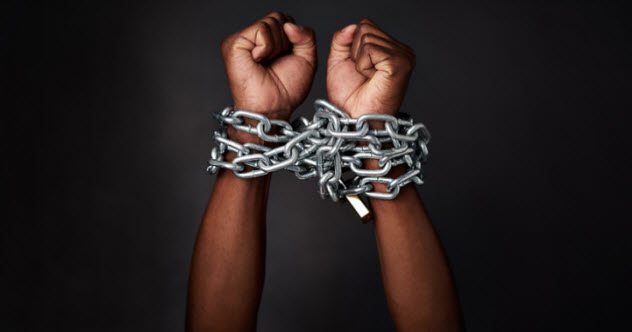 Systems of slavery through debt like sharecropping were officially made illegal in 1867, but they carried on for about another 100 years. Sometimes, though, it wasn’t just the debt keeping people imprisoned.

Some African Americans were lured to jobs and then actually locked up and kept from leaving. For example, one group of workers in Florida went to work in a sugarcane field and soon found themselves locked up in a filthy shack. Their new employers would beat the former slaves to get them to work and threatened to kill them if they tried to leave.[7]

In other places across the US, black workers were shackled to beds or beaten with cat-o’-nine-tails to keep them working for nothing more than a few scraps. The men lured in were usually illiterate, and so they were completely incapable of fighting for their freedom in court.

This wasn’t the norm, however, and even white Southerners were disgusted when they found out it was happening. Little was done to stop it, though, until the 1940s. It took concentrated Axis propaganda campaigns to shame the US into genuinely and effectively stamping out these camps. 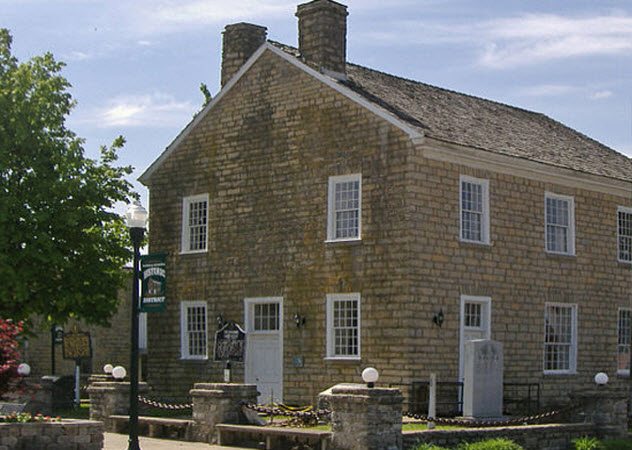 In Kentucky, black people didn’t have the legal right to testify against white people in court. That was more than just a civil injustice. It allowed white people to effectively do whatever they wanted to their black neighbors.

A white person could walk into a black person’s house, take everything, and get away with it. And sometimes, that was exactly what happened.

A black woman named Nancy Talbot was sitting in her home when a white man broke in, grabbed everything he could carry, and left. Talbot tried pressing charges against the thief, and there was no doubt in anyone’s mind—including that of the judge—that the thief was guilty.[8]

But Talbot was legally forbidden from testifying. Without her testimony, the judge couldn’t convict the white criminal.

Black people had the right to earn their own money now, but they didn’t have any recourse to keep it. A white person could take anything the black person had earned right out his pocket, and there was essentially nothing that the blacks could do about it.

2 White People Could Get Away With Massacres 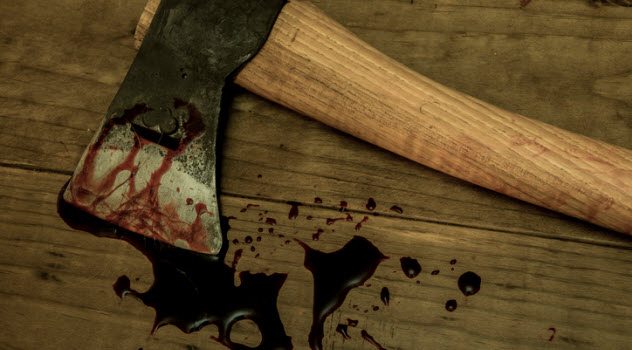 Even if the 13th Amendment made it illegal on paper to beat a slave, laws like Kentucky’s made it perfectly possible to massacre a whole black family and get away with it. Which is exactly what John Blyew and George Kennard did.

In 1868, Blyew and Kennard broke into the home of the black-skinned Foster family with an axe. The two intruders murdered the father, mother, and grandmother and seriously wounded two of the children.[9]

The eldest child, 16-year-old Richard, hid under his father’s dead body until the killers left. Then he crawled to a neighbor’s house for help. He’d been hit by their axe, though, and his wounds were so bad that he died two days later.

The only survivors were the youngest children: eight-year-old Laura, who had hidden and survived, and six-year-old Amelia, who had been hacked in the head but miraculously lived. Still, Amelia went the rest of her life with a massive, disfiguring scar across her face—and without her parents.

Blyew and Kennard were arrested. But under Kentucky law, the survivors weren’t allowed to testify. The case made it all the way to the Supreme Court, which ruled that Kennard and Blyew couldn’t be convicted because the witnesses were black.

Eventually, the law was changed and Blyew and Kennard were sent to prison. But they didn’t stay there long. Both men were pardoned by the governor and set free. 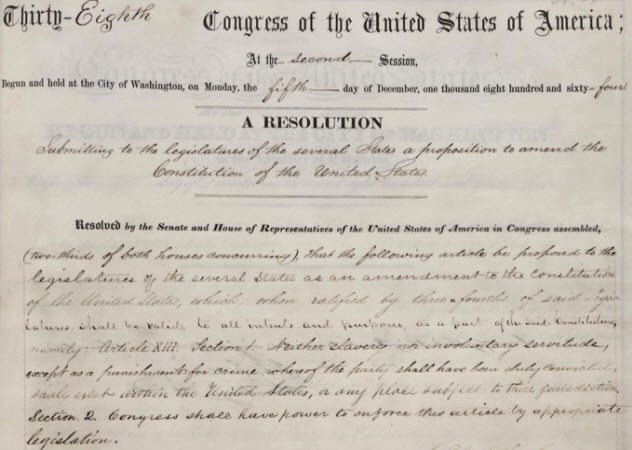 When the 13th Amendment abolishing slavery was passed in 1865, 27 of America’s then-36 states ratified it. As the years passed, the other states gave up their stance of protesting emancipation and threw their support behind the right of a black person to live free.

For some states, though, it took a long time. Kentucky didn’t ratify the 13th Amendment until 1976, and Mississippi waited until 1995 before officially accepting that slavery was against the Constitution.

Even after voting to end slavery in 1995, though, Mississippi still didn’t go through with it. The politicians who voted for the resolution didn’t report it to the Federal Register, so it didn’t actually take effect until 2013.

It wasn’t until activists realized that Mississippi was still registered as protesting the end of slavery that they actually put the order through. Officially, Mississippi’s government was against ending slavery until just four years ago.[10]

Read about the horrors of modern-day slavery on 10 Horrifying Examples Of Modern-Day Child Slavery and 10 Everyday Products That Are Made With Slave Labor.