If you’re remotely familiar with Facebook or inspirational wall posters, then odds are you’ve occasionally come across an image of a famous person with a quote superimposed on it. But it’s hard to reduce a major historical figure to a simple quote—especially when their truly surprising lines tend to get left out. With that in mind we present 10 quotes that show rather different sides of some familiar figures. 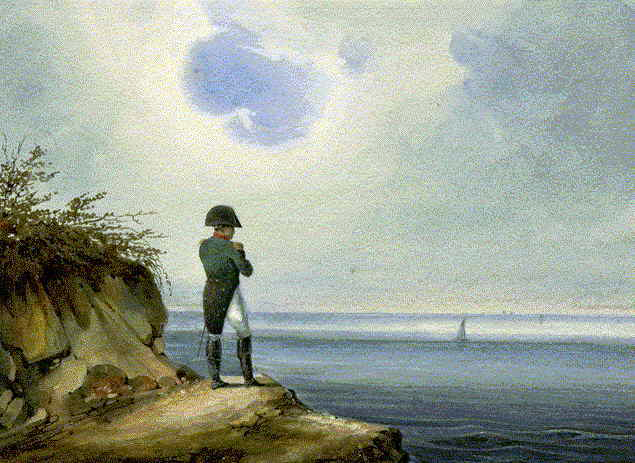 Napoleon has been so demonized or so lionized that he hardly comes across as a human being anymore—the Napoleonic Wars were one of the few events in world history named after a single person. He was a conqueror, a commander of armies that numbered in the hundreds of thousands, and you’d be forgiven for assuming that he must have become at least a little jaded to the sight of his soldiers’ suffering. One quote attributed to him that seems characteristic of his presumed attitude is: “A soldier will fight long and hard for a piece of ribbon.” However, in his memoirs, the great general told of one incident in the aftermath of the Battle of Castiliogne, when he came across a dog standing over its departed owner:

“Tearless, I had given orders which brought death to thousands. Yet, here I was stirred, profoundly stirred, stirred to tears. And by what? By the grief of one dog.”

Notably, it seems that Napoleon was surprised by his own emotional response. Presumably the sentiment was sincere, since he was a prisoner on the island of St. Helena at the time. Who would he have been hoping to impress with such an anecdote in those days? At most, it would appeal to a few dog lovers, and they’re hardly the ones that get to rewrite history. 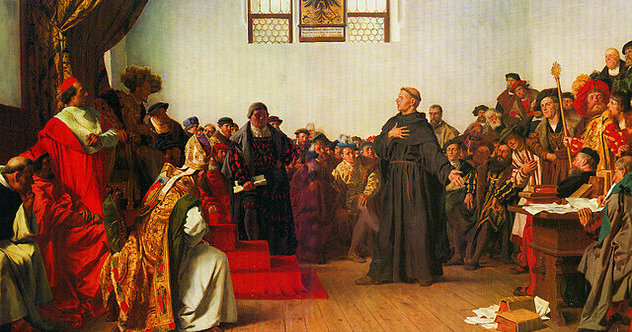 Despite eventually developing a nasty anti-semitic streak, Luther still gets respectful acknowledgement even from atheists like Christopher Hitchens for his stand against Vatican corruption (“he set a standard for intellectual and moral courage”). We expect a man so devoted to biblical study to be sanctimonious, deeply dignified, and more than a little staid. Than you learn how he referred to his conflict with the Vatican in a letter to a friend:

“If I break wind in Wittenberg, they smell it in Rome.”

It’s certainly a vivid quote. It simultaneously brings Luther crudely down to earth and illustrates the power of the enemies he was choosing to make. In fact, Luther was full of such charming vulgarities. For example, speaking of how the desire to be chaste and holy would be overwhelmed by natural impulses, Luther said, “to put it crudely but honestly, if it doesn’t go into a woman, it goes into your shirt.” Say what you will about the guy, he knew how to speak the language of the common man. 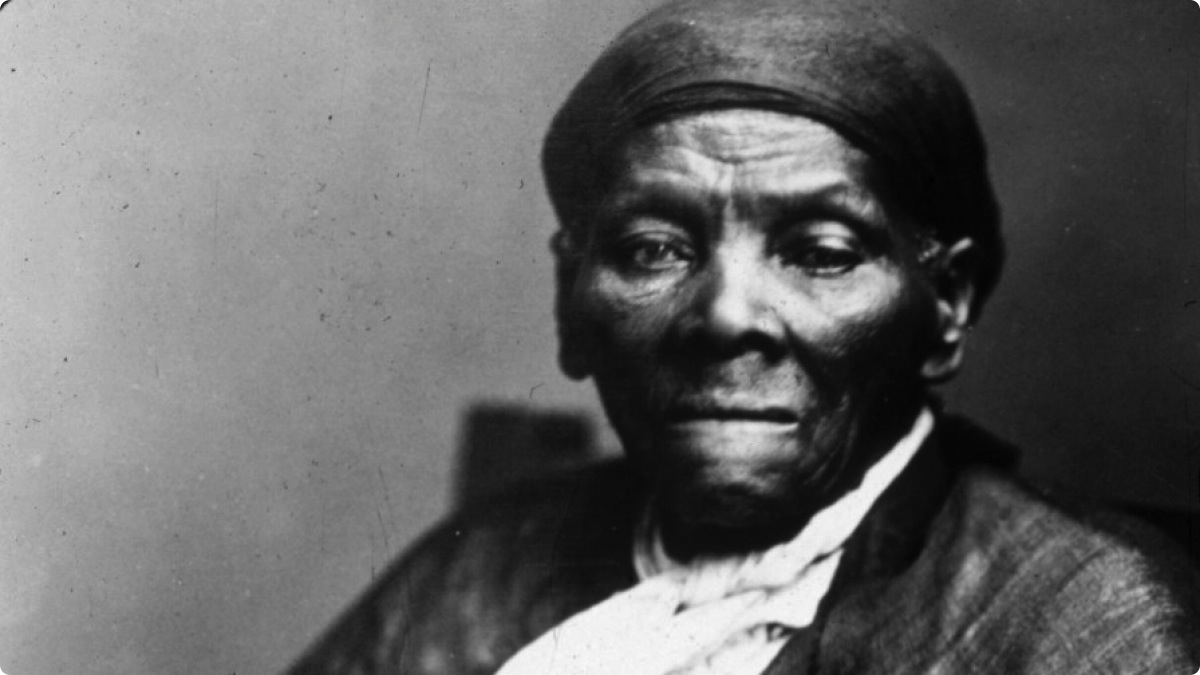 Generations of Americans have grown up hearing of the heroic struggles of Harriet Tubman. They’ve heard how she went on 19 missions to the slave-holding South, bringing 300 people to freedom between 1849 and 1860. Less well-known, but perhaps more significant, was that during the American Civil War she lead an assault into Confederate territory that freed 700 slaves. Naturally, it’s a rather sanitized version of her heroic acts that gets taught in elementary schools, as a single quote hints:

“Dead negroes tell no tales—You go on or you die.”

The unpretty truth about some slaves’ journey to freedom along the Underground Railroad was that they went part of the way looking down the barrel of Tubman’s gun. Being a hero can be a horribly gritty business—when her “passengers” became overwhelmed with nerves, Tubman had no time to talk them through it sympathetically. Sadly, Tubman’s statement was made in the days before tape recorders, preventing it from becoming one of the most sampled recordings in all of hip-hop. 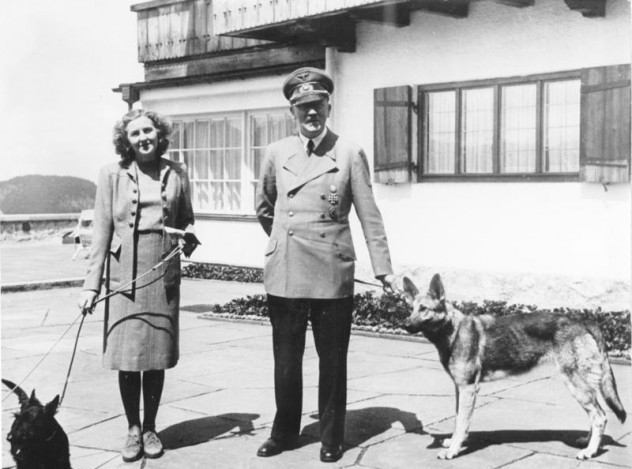 As the official face of racism, it’s almost impossible for us, in our comparatively stable and enlightened times, to believe we could relate to Adolf Hitler. But there are some interesting comments in his 1925 memoir Mein Kampf, where Hitler comments on his early exposure to anti-Semitism while in Vienna:

“The tone, particularly that of the Viennese anti-Semitic press, seemed to me unworthy of the cultural tradition of a great nation.”

Later in the frequently banned book, he gives his early opinion on Dr. Karl Lueger, a figure who would play a key role in his transition to fanatical anti-Semitism.

“Dr. Karl Lueger and the Christian Social Party. When I came to Vienna, I stood opposed to both. The man and his movement seemed ‘reactionary’ in my eyes.”

To hear one of worst zealots in history admit that he initially stood opposed to his later convictions actually makes them slightly more frightening. Who knows, under the right circumstances, even those of us firmly opposed to that kind of bigotry could be swayed during a credulous moment. 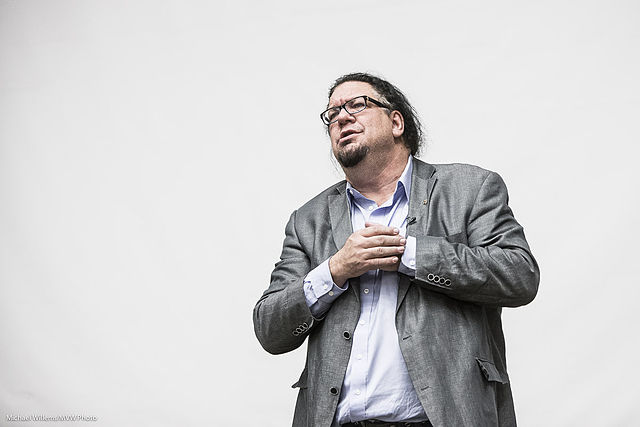 Admittedly not as famous as Hitler or Napoleon, Penn Jillette, with his partner Teller, has been featured on the Hollywood Walk of Fame, written multiple bestselling books, and hosted Peabody Award-winning shows like “Bullshit!” Through much of it, he has been a strong advocate for atheism, as you might expect of a guy who entitled his autobiography God No! Signs You May Already Be An Atheist. Clips of him denouncing the bible’s teachings have already gone viral online.

“I don’t respect people who don’t proselytize…How much do you have to hate someone to believe everlasting life is possible and not tell them that?”

That’s not a quote from his childhood, before he read the bible and the experience turned him against Christianity—it’s from 2008. In context though, it becomes clear that Jillette’s point is that he believes people should openly express their beliefs, even if they’re ones he disagrees with. Still, this even-handed opinion led to one of the most famous atheists in America being broadcast in churches, including those involved in the Campus Crusade for Christ, the largest religious charity in America. It’s doubtful Richard Dawkins will ever manage that. 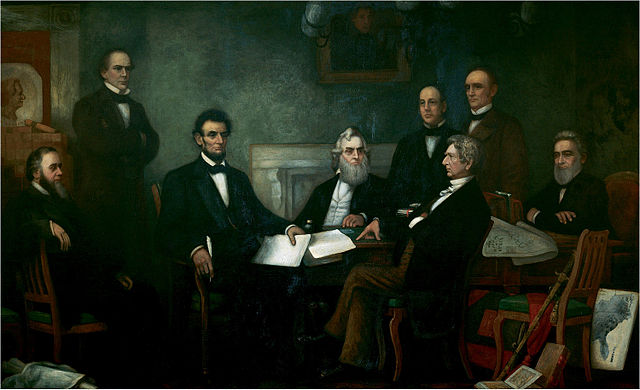 Listverse has had some choice statements to make about the Great Emancipator in the past. But we still wouldn’t expect a direct quote from him that appears to completely undermine his image. But on September 18, 1858, you’d better believe he said something that any politician would eventually come to regret:

“I am not, nor ever have been, in favor of bringing about in any way the social and political equality of the white and black races…I as much as any other man am in favor of having the superior position assigned to the white race.”

So was Honest Abe a white supremacist? That quote sure makes it sounds like he was, which has led quite a few scholars to debate the subject. Their consensus? It’s a bit tricky, since that quote comes from the crucial 1858 Lincoln-Douglas debates, when Lincoln would have been wise to say anything to get the approval of the crowd. As for what Lincoln truly thought about the “superior position assigned to the white race,” let’s put it this way: It’s still a hard sell that anyone who supported the Emancipation Proclamation and voting rights for black people would have made a good skinhead today. 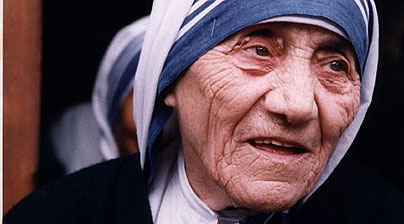 For those of you who unfortunately missed out on the 90s, it wasn’t not only a grand era for summer blockbusters and video games, but for little old ladies as well. Standing head and shoulders above the rest was an Albanian-born, Indian nun known as Mother Teresa, who not only has a Nobel Peace Prize to her name, but is only one miracle away from being recognized as a saint by the Catholic Church.

That is, unless the following quote gets her into hot water:

“Jesus has a very special love for you. As for me, the silence and the emptiness is so great that I look and do not see, listen and do not hear.”

So…how do we put this? The endless poverty she faced meant Mother Teresa kinda lost her faith during the last years of her life. And by “kinda,” we mean all the way. Here, check this out as well:

Well, on the positive side, if there’s any Pope who sounds like he’d be cool with making an agnostic a saint, we gotta go with the guy the Roman Catholic Church has now. 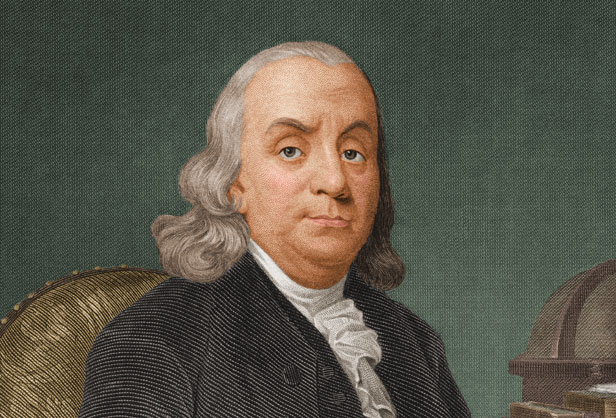 Fox News loves to preach about what the Founding Fathers “intended” on every subject from prayer in schools to owning weapons that weren’t even invented during their lifetimes. As such, you’d expect a Founding Father like Benjamin Franklin to be at least somewhat in tune with some of Glenn Beck’s crazier statements, like how 10 percent of all Muslims are terrorists. After all, it’s hard to argue that any American grew up in a more racist time than Ben Franklin, the oldest person to sign the Declaration of Independence. And yet…

“Even if the Mufti of Constantinople were to send a missionary to preach Mohammedanism to us, he would find a pulpit at his service.”

It almost sounds like Franklin is talking about, you know, freedom of religion, and speech, and to peacefully assemble—all in the same sentence—for a guy who wasn’t even a US citizen. That’s pretty progressive coming from a man whose newly-minted country still imported human cargo. 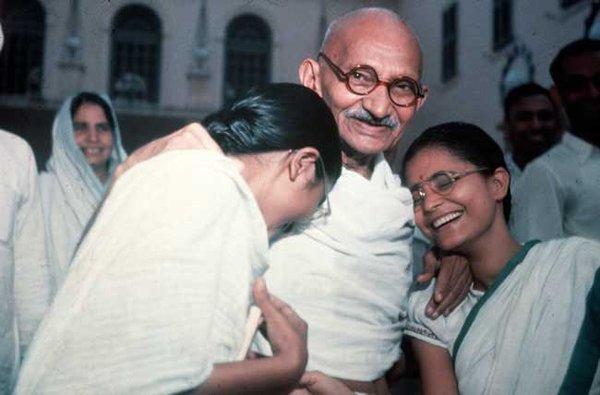 If there’s one thing that doesn’t usually come to mind when picturing Gandhi, it’s knee-slapping hilarity. Sure he came up with the occasional zinger, like his famous quip that Western civilization “sounds like a very interesting idea,” but they were the exception rather than the rule. However, according to the Mahatma himself, humor kept him sane:

“If I had no sense of humor, I would long ago have committed suicide.”

Well, one one thing is for sure: If Gandhi opened a stand-up routine with that line, he would undoubtedly have had everyone’s full attention. What type of humor? We need to know, since we don’t want any future Gandhis killing themselves. 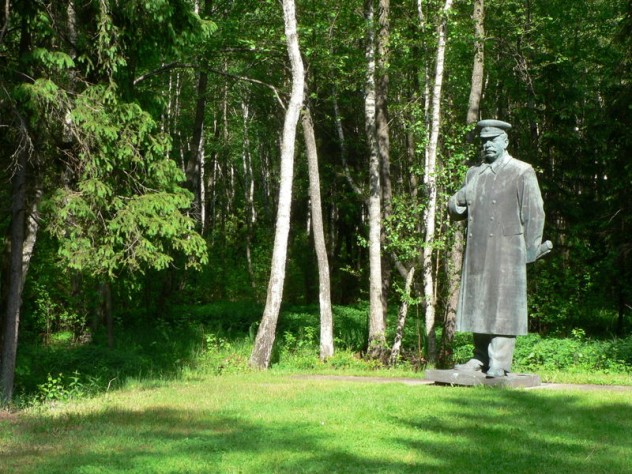 For this last entry, we decided to go with someone whose motivational quotes instantly become demotivators once you realize the name attached to them. After all, how can anything inspirational be drawn from Joseph Stalin, the Soviet mega-tyrant whose horrific reign resulted in the death of tens of millions of his own people? Well, apparently one interviewer managed to push his philosophical buttons by asking how much of his career he owed to good luck. Stalin’s answer was equally introspective and terrifying:

“I believe in one thing only, the power of the human will.”

Is it our imagination, or does that quote actually make perfect sense within the context of a Soviet megalomaniac who started his own personality cult? Besides, if Stalin really wanted nothing more than to be the world’s greatest super-villain when he grew up, he sure gave Hitler a run for his money. If that’s not determination, we don’t know what is.

Jacopo has many surprising quotes of his own, so follow him on Twitter. Dustin Koski, by contrast, has a serial novel full of surprising passages available here.