Throughout history, mankind has found a number of ways to kill each other, whether through swords, bullets, or bombs. However, stupidity or bad luck have also led to a number of odd ways to die, including many that even the most creative cartoonist would never have thought of.

This is a list of the first people to die in odd ways, pioneers of idiocy if you will. Most of the following deaths were accidental, though several were quite preventable. One or two were more deliberate, albeit very unique, acts.

10 Smothered To Death By Clothes 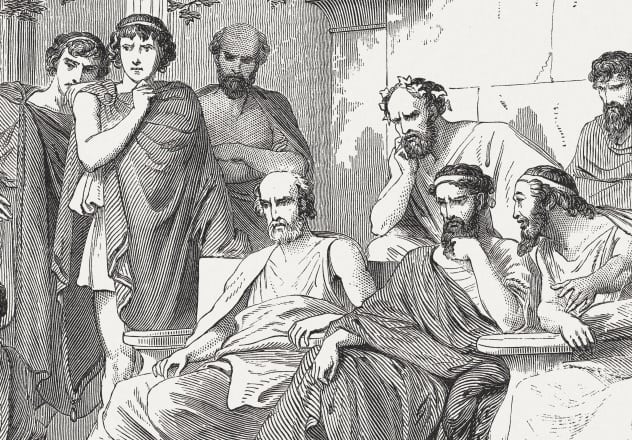 Draco, an Athenian lawmaker from the seventh century BC, was best known for his incredibly severe laws, especially those against the poor, which gave us the word “draconian,” which denotes great severity. Because nearly everything was punishable by death, even stealing a cabbage, Draco’s laws were said not to be written in ink but in blood. When asked about the severity of his laws, he proclaimed a thief, no matter how small, was dishonest and deserved death. As for those guilty of larger, more violent crimes, Draco said it was unfortunate he couldn’t find a punishment worse than execution.

Although there were probably a lot of people who wanted to murder him, Draco died in an accident.[1] After 25 years under his tyrannical leadership, the people of Athens forced him out, and he eventually found his way to the nearby island of Aegina. His reputation was much better outside the city, and he was to become the lawgiver for Aegina, an oligarchy which had an easier time with his brutal rules. It is said that while he was in a theater, his supporters wished to honor him upon noticing his presence. They elected to hurl their clothes on top of him, and Draco suffocated underneath the pile at the tender age of 50. 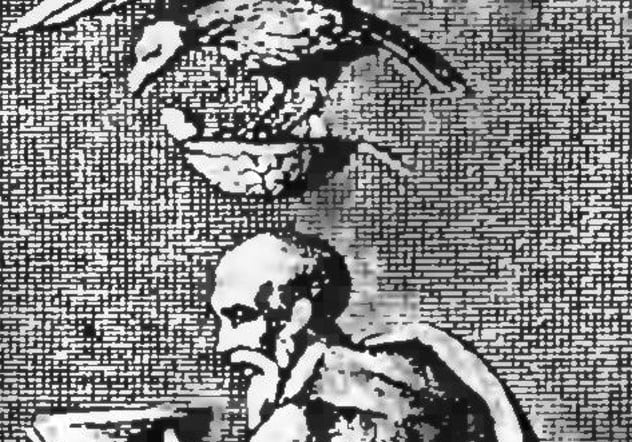 Another Greek, Aeschylus, is next on the list. He was a renowned playwright, recognized also for his services during two Persian wars, and he actually managed to live to the ripe old age of 81. (Some sources claim only 67.) Not everything went well for him, however, as he went bald quite early in life. So, not only was Aeschylus cursed with a lack of hair, but it also played a part in his death.

One day, while walking along the beach, Aeschylus’s head was supposedly mistaken for a rock by a bird flying above him. It dropped the tortoise it was carrying, hoping to crack it open, and the reptile struck Aeschylus, killing him. Like a lot of Greek deaths, including that of the great epic poet Homer, it was said to have been foretold by an oracle. It was predicted that Aeschylus would be struck down by a blow from the heavens; some sources say the oracle actually said it was going to be a “falling house” that killed him.[2] 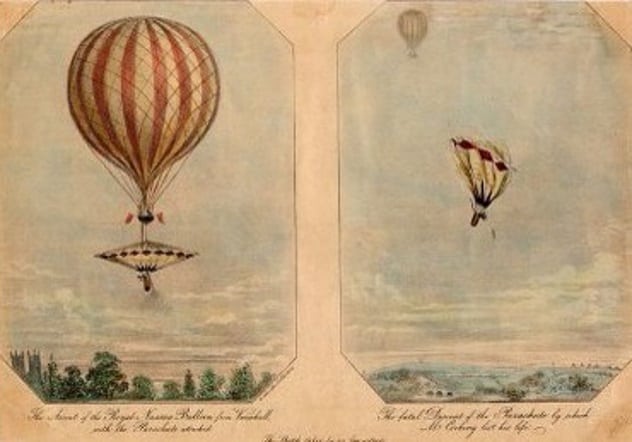 Robert Cocking began his working life as a watercolor artist but dreamed of a more scientific life. After observing one of the first parachute jumps in London in 1802, Cocking dedicated the rest of his life to the practice. Hoping to improve on the designs already in production, he constructed his own style of parachute and decided to test it for the first time in public on July 24, 1837. Unfortunately for Cocking, he neglected to perform any preliminary tests of any kind.

Though it was much heavier than the style commonly used, it seemed to solve the problem of aerodynamic stability which had plagued earlier designs. And even though he was 61 and had no experience, the balloon operators agreed to let him try. After reaching a height of 1,500 meters (5,000 ft), Cocking dropped from the hot-air balloon and was immediately in danger. Due to his miscalculation of the weight, his parachute inverted, much like an umbrella in a windstorm, and he plunged to his death.[3] 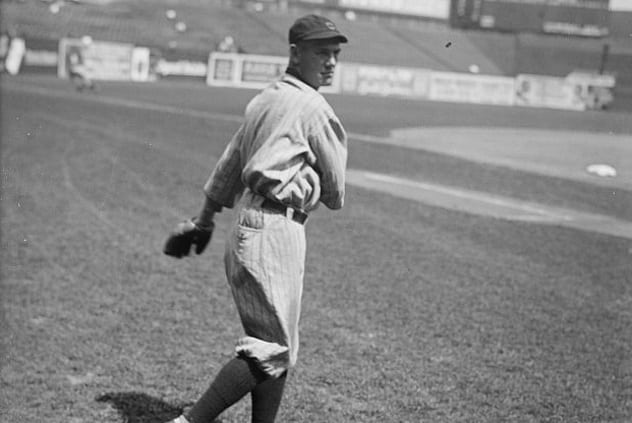 Ray “Chappie” Chapman was born in 1891 and dreamed of being a baseball player his entire life. At the age of 21, he finally achieved his dream. Playing for the Cleveland Naps (later the Indians), Chapman was a great bunter, and unfortunately, it was that particular skill which led to his death. At the time, spitballs or scuffed balls were popular, and the batters weren’t required to wear helmets. On August 16, 1920, Chapman was batting against Carl Mays, a pitcher for the New York Yankees who threw with an unorthodox delivery and also had a reputation for challenging batters by throwing near their heads.

Unable to see the ball coming, Chapman was struck in the head and died 12 hours later. (Some sources say that his cleats may have gotten stuck in the ground, preventing him from moving out of the way.) The aftermath of this tragedy affected Mays as well. Though he was found innocent of any criminal wrongdoing, Mays always felt it kept him from getting into the Baseball Hall Of Fame. Seemingly solidifying his concerns, two umpires said the following about him: “No pitcher [ . . . ] resorted to a trickery more than Carl Mays.”[4] 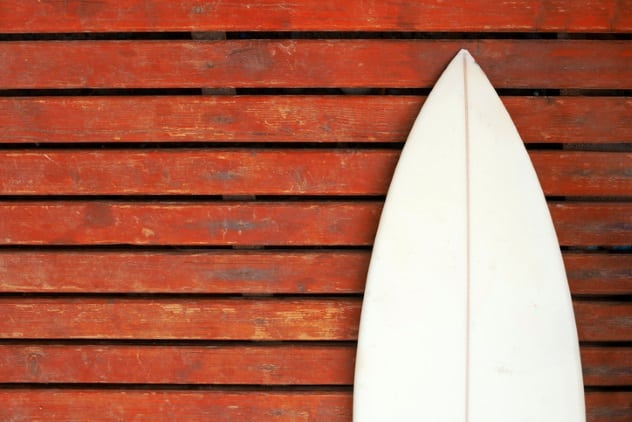 Worth Bingham, born in 1932, was the son of a wealthy newspaper magnate in Kentucky and was being groomed to take over the company. He was also a renowned reporter, winning awards for his coverage about wasteful spending in Congress. (The Worth Bingham Prize for Investigative Reporting was first awarded in 1967, less than a year after his death.) In July 1966, Bingham was vacationing with his family in Nantucket. Finding that he had some time to kill, he decided to go for a quick surf.

He placed his board on the back of his convertible, laying it sideways across the trunk. While he was driving, one end of the board struck a parked car, causing it to swing and hit Bingham, crushing his neck and killing him instantly.[5] Easily having the most prolonged cause of death on this list, Basil Brown was an English health food enthusiast who proudly touted the health benefits of carrots. Said to have “a low opinion of doctors,” Brown ignored their warnings about his habits, which included drinking up to 3.8 liters (1 gal) of carrot juice per day. All of this drinking eventually led to him becoming addicted to carrot juice, as well as a severe case of jaundice.

In 1974, over the course of ten days leading up to his death, Brown consumed, in juice and pill form, 10,000 times the recommended daily allowance of vitamin A.[6] Already warned by doctors about the danger presented by his enlarged liver, this massive dose prompted the organ to shut down, and Brown died. 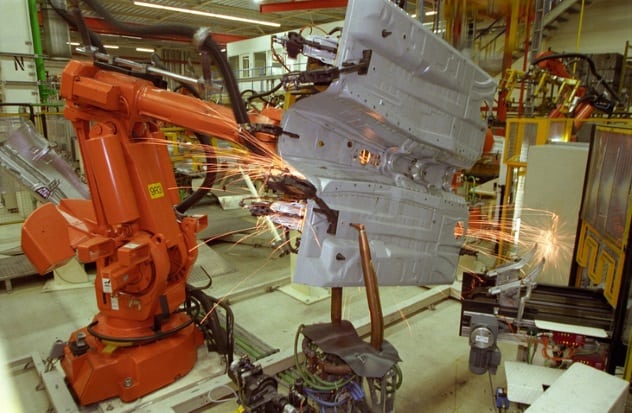 Robert Williams was an assembly worker at a Ford Motor Company factory in Flat Rock, Michigan, who was going to celebrate his son’s second birthday. That day, January 25, 1979, he was watching over a 1-ton robot, one which was designed to retrieve parts from a shelf and bring them to the assembly line.

When he noticed the robot begin to malfunction, Williams went to get his own parts. Unnoticed by Williams, the robot began to work again and struck him in the head, killing him instantly.[7] For nearly 30 minutes, it continued to operate, until Robert’s coworkers discovered his body. His family was eventually awarded $10 million in damages, since there were virtually no safety measures in place at the factory. On a side note, nearly four percent of American factories which contain robots have had a “major robotic accident.”

3 Sealed In A Chest Of Rice Crown Prince Sado, the heir to the Korean throne during the 1700s, was not a favorite of his father, King Yongjo (or Yeongjo). Prone to illness, sleep disorders, and delusions throughout his life, Sado was also a terribly violent person, beating and raping basically everyone in court. He eventually began strolling through Seoul in disguise and would kill people at random.[8] Yongjo even abdicated the throne for a short while, hoping it would spur his son to responsibility, before retaking it when his effort proved fruitless.

After having grown tired of Sado’s actions, as well as naming his Sado’s son the new successor, King Yongjo declared Sado unfit to rule and ordered him to commit suicide in 1762. When he refused to take his own life, the king had him sealed inside a chest of rice in the middle of the palace courtyard. Sado is said to have survived for eight days before finally dying. Upon the ascension of his son Jeongjo, Sado’s reputation was cleaned up, with Jeongjo proclaiming he was “the son of Prince Sado.” 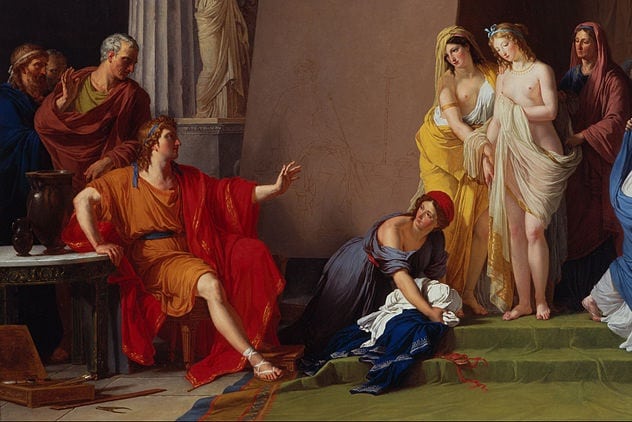 It seems the ancient Greeks had a market on unusual deaths, as another one makes the list. Zeuxis, a Greek painter in the fifth century BC, was renowned and described as one of the greatest painters of his time. (Unfortunately, none of his works still exist.) For his painting of Helen of Troy, he assembled the five most beautiful women of the city and combined their features to create his composite. He would often paint his patrons as gods or goddesses, and that is what caused his death.

Asked by a wealthy old woman to paint her as the goddess Aphrodite, Zeuxis agreed and completed the painting. When he looked at his work, as well as the woman who modeled for it, he burst out laughing and died because he couldn’t stop.[9] In a related death, the Stoic philosopher Chrysippus is said to have laughed himself to death after seeing a donkey eat some figs and ordering that it be given wine. Hypatia, one of the greatest female thinkers in antiquity, was born in either AD 350 or 370. Living almost her entire life in the great city of Alexandria, the center of learning at the time, Hypatia was renowned for her intellectual prowess. However, she was a pagan, and that fact irritated the Christians of the city. Cyril, the patriarch (archbishop) of the Alexandria, took offense to Hypatia’s relationship with Orestes, his rival, and proclaimed her to be an enemy.

Heeding Cyril’s call and under the direction of Peter the Lector, a mob attacked Hypatia in 415 and dragged her to the Caesareum, which was a Christian church at the time, stripping her naked when they arrived. They then proceeded to strike her with oyster shells, killing her. (Some translations put the murder weapons as tiles or pot shards.)[10] Afterward, they took her remains outside the city walls and burned them.

Read about more odd ways people have died over the years on 10 Bizarre Recent Stories Of Accidental Death and 10 Historical Brits Who Died Gruesome And Unusual Deaths.