The San Francisco Earthquake, The Irish Famine, the sinking of the Titanic, the Black Death—history is full of colossal, pointless tragedies that sprang from nowhere and killed an extraordinary number of people. But not all of history’s great disasters have been quite so meaningless. Every now and then, a tragedy comes along that—while undoubtedly horrific for those involved—still manages to weave an impressive silver lining. 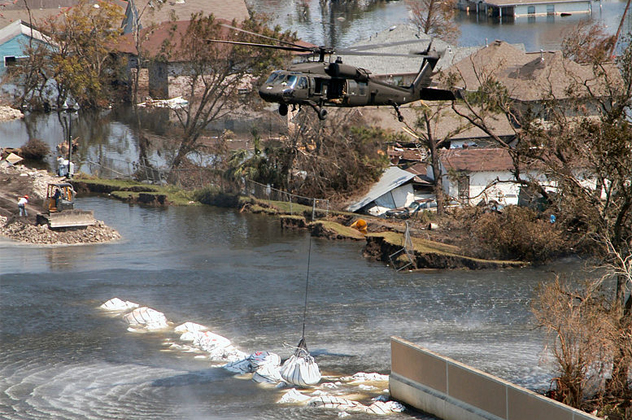 Katrina was one of the deadliest storms to ever hit the US, a vicious hurricane that killed nearly 2,000 people and left 85 percent of New Orleans underwater. The aftermath of the flooding was a ruined city, damage totaling around $80 billion, a homelessness crisis . . . and a city-wide boost to children’s health.

Prior to Katrina, lead concentration in New Orleans’ soil was astonishingly high. And, as a direct result, so were the levels of lead in children’s blood. Now, lead is a nasty substance, capable of curtailing mental faculties and damaging health. But when Katrina hit, the sheer volume of floodwater coursing through the city washed most of the contaminated soil away. According to a 2010 study, lead levels were down 39 percent as a direct result of Katrina, with a corresponding drop in lead levels in the blood of children born after the storm. In other words, this grand tragedy resulted in a new generation of healthier kids, free from the effects of concentrated lead.

9 The Massacre That Led To Indian Independence 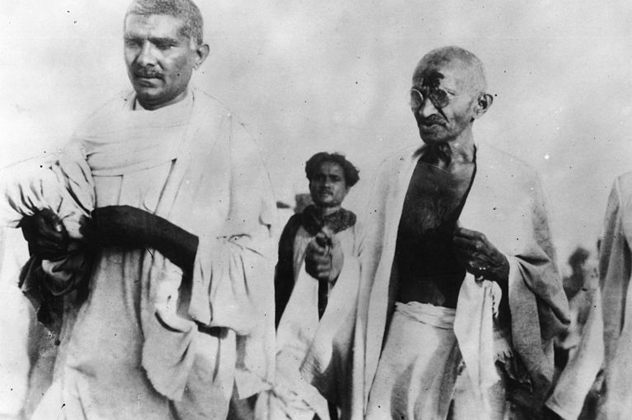 We’ve told you before about the Amritsar Massacre, a low point among the many low points of colonialism that saw 400 unarmed Indian protestors shot to death by British soldiers. It was a cruel and pointless waste of life, a dumb tragedy out of which no good could possibly have come . . . had it not come to the attention of Mohandas Gandhi.

Prior to the massacre, Gandhi had been a pragmatist, supporting Britain in World War I in the hopes of winning some degree of autonomy for India. Following the 1915 massacre however, his lingering respect for the Empire was completely destroyed. As a direct result of this horrible tragedy, Gandhi became a fierce advocate for Indian independence, eventually setting up his non-violent, non-cooperation movement and changing history in the process. Without that one group of trigger-happy psychopaths, we may not have modern India or history’s greatest model of peaceful protest.

8 The Doomed Expedition That Changed Exploration 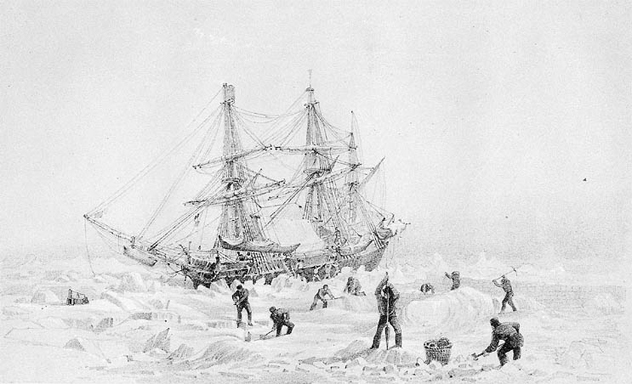 Most of us have heard of the Franklin Expedition. A doomed 1845 attempt to find the Northwest Passage and open up a new global trade route, it wound up with everyone involved going mad, resorting to cannibalism, and dying horribly. But what’s less well-known is the positive effect it had on European exploration. Without John Franklin’s ill-fated voyage, we might never have been able to visit the Arctic and Antarctic regions.

When it became clear that Franklin and his crew weren’t coming back, the British government and Franklin’s wife both separately funded some half a dozen expeditions to find him. Year after year, ships were sent out into the cold wastes of Canadian waters—and each time they returned, they brought back an extra bit of knowledge. One ship charted whole new regions of Canadian coastline. Another found the fabled Northwest Passage, a waterway that connects the Pacific and Atlantic oceans, in northern Canada. And yet others learned life-saving tricks from native Inuit tribes that would make future polar exploration possible. They learned to use sleds to cross the ice and to hunt for food rather than carry heavy supplies from Europe. In short, they learned how to survive in this hostile world, making future world-changing expeditions possible.

7 The Nuclear Disasters That Helped Wildlife 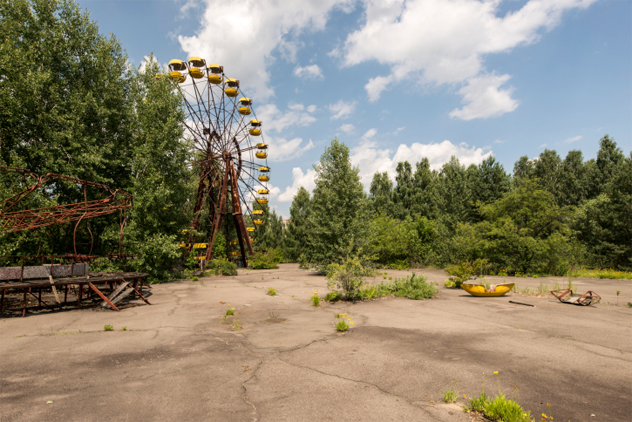 Depending on your age, the words “nuclear disaster” will likely conjure one of two names: Chernobyl or Fukushima. Both were hideous tragedies that scarred their nation’s psyche. Both dumped absurd amounts of radiation into the environment, the effects of which will continue to be felt for decades. And both have done their bit to help local wildlife.

It sounds nuts, but it turns out that radioactive wastelands can be beneficial to non-human animals. As a result of the Fukushima meltdown, scientists are now able to track previously elusive bluefin tuna by the amount of cesium in their bodies, helping conservationists preserve this rapidly vanishing species. Look to Chernobyl and the effects are even more dramatic. Since the town was abandoned (presumably) to the radioactive mutant hoards, critically endangered animals in the Ukraine have moved back in and set up home. The area’s now regarded as an accidental wildlife sanctuary, with populations flourishing to levels not seen in decades.

6 The Fatal Journey That Revolutionized Botany 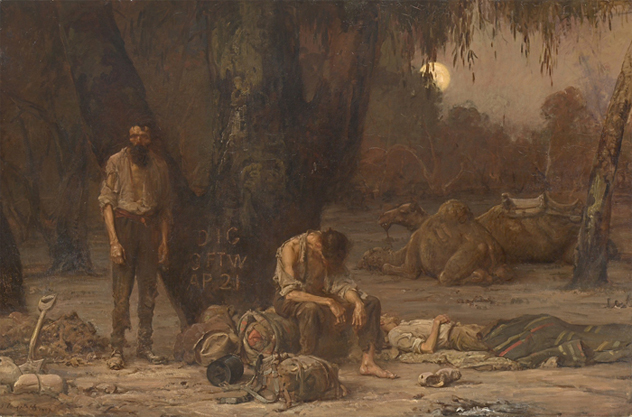 We’re guessing our Australian readers will know the names Burke and Wills. Incompetent explorers of the Victorian age, the pair spearheaded a doomed crossing of the Australian outback that achieved nothing and killed nearly everyone involved. Their expedition today is seen as an unmitigated disaster—despite some of the samples their medical officer collected, which went on to revolutionize botany.

In 1860, precious little was known of the flora of Australia. That all changed with the Burke and Wills expedition. By sheer chance, their medical officer, Hermann Beckler, was a botany enthusiast who spent the journey collecting as many plant samples as possible. When he resigned his position in October of that year—just before the expedition turned deadly—he had gathered roughly 500 specimens, 45 of which were completely unknown to science. It was one of Australia’s single largest botany hauls. Even today, many of Beckler’s samples remain on file, still used over 150 years after he first uncovered them. 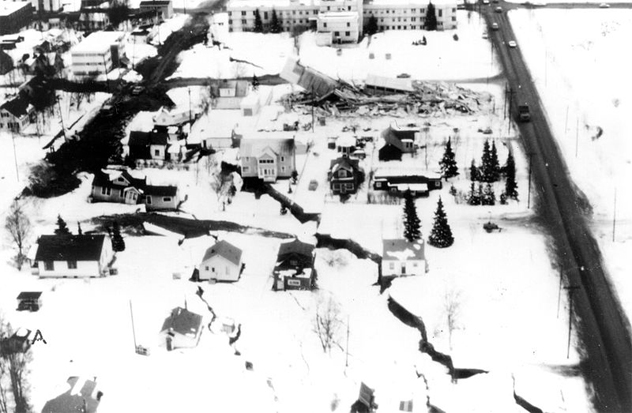 In 1964, one of the most powerful earthquakes in recorded history flattened huge tracts of Alaska, killing 139 people and causing millions of dollars’ worth of damage. It was a shocking natural tragedy made all the worse for seemingly coming out of the blue . . . and it may have given the state a mind-blowing economic boost.

Five years after the quake, analysts Howard Kunreuther and Douglas Dacy published an economic analysis of the disaster and the subsequent rebuilding effort. They found that the huge amounts of money pouring into the stricken state, the gigantic government loans, and the rebuilding projects had all combined to send the short-term economy skyrocketing. Rather callously, they even concluded that many Alaskans were actually better off after the quake than they had been before.

Amazingly, this might not even be the only example of this happening. Other earthquakes have been credited with pulling LA out of an economic slump and adding to China’s annual growth. Obviously, this doesn’t even begin to make up for the suffering and loss of life experienced by those affected, but it does show that some good (however small) can come of even the worst tragedies.

4 The Antarctic Tragedy That Changed Science 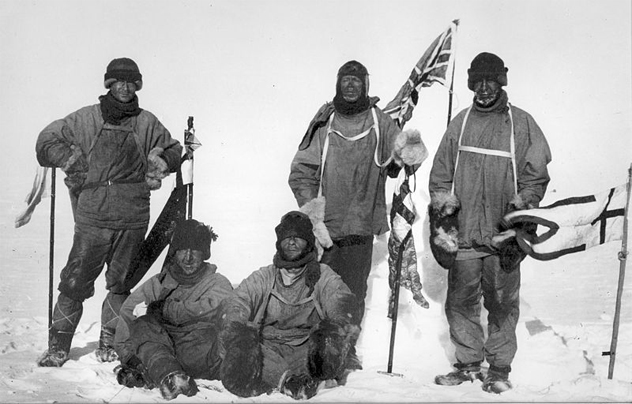 In 1912, Robert Falcon Scott set off to claim the South Pole for the British. What followed is the very definition of tragedy. Scott and his team failed to reach the pole before their Norwegian rivals, wasted a day collecting rock samples, and then got pinned down by a storm, where they died less than 12 hours from safety. In short, the expedition was a monumental failure in every sense, except for the part where it redefined entire branches of science.

When the rescue team dug Scott and his men from their final resting place, they also uncovered several bags of rock samples. On analysis, one of these rocks turned out to be a fossilized Glossopteris fern. And it just happened to prove that the continents had once been joined.

See, in 1912, nobody in their right mind believed that continents shifted over time. Then this fossil turned up in impossibly remote Antarctica, matching samples found in India, Africa, and Australia. Overnight, continental drift went from being a fringe theory to accepted science, paving the way for our modern understanding of plate tectonics.

3 The Fire That Created A Modern Metropolis 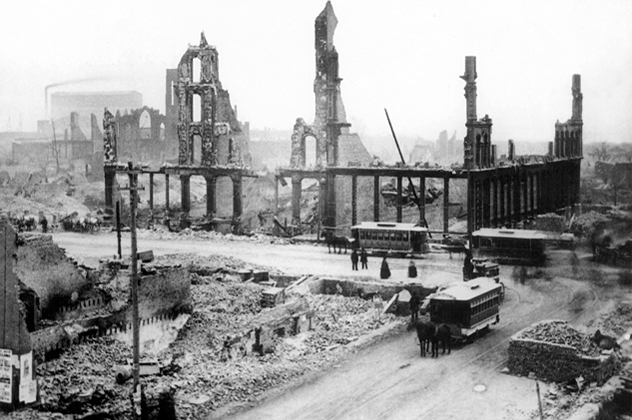 We’ve all heard of the Great Fire of Chicago. An 1871 conflagration that burnt out the heart of the city and left a third of the population homeless, it has since gone down as one of the worst disasters in American history. Yet there’s a school of thought which suggests the fire was directly responsible for turning this small, ramshackle city into the great metropolis it is today.

Prior to the blaze, Chicago was a mess, a lively but cramped and illogical city inhabited by 334,000 people. The fire changed all that. With huge swathes of the city now little more than ash, the chance to rebuild also offered the chance to create a new, better Chicago. A new restructuring plan more befitting of a modern metropolis was agreed on; the famous skyline sprung up and the equally famous lakefront was constructed. According to the Chicago Tribune, the fire is even the reason for the city’s relaxed attitude toward immigration, as hundreds of thousands of strangers flooded in to help with reconstruction and decided to stay. Without the fire, America’s third most populous city would likely now just be another backwater.

2 The Violent Riot That Gave Birth To LGBT Rights 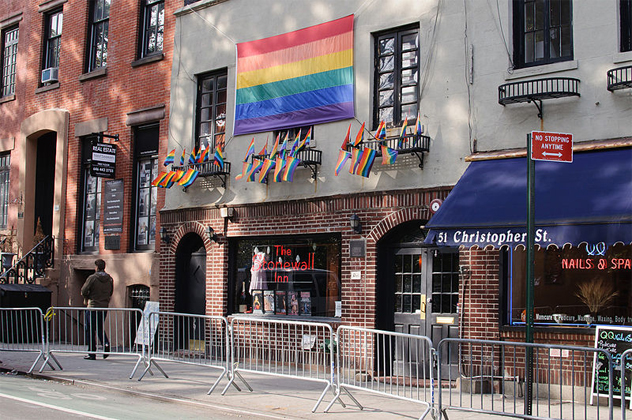 In our modern age, most of us understand that it’s not cool to persecute someone because of their sexuality. But things weren’t always so enlightened. Skip back in time to 1969, and being gay could get you anything from a violent beating to actual jail time. And then a devastating three-day riot changed everything.

On June 28th of that year, police raided the Stonewall Inn, a Manhattan gay bar with an iffy reputation. It was only one of dozens of similar raids conducted across the city every month, but this time things went down differently. This time, the crowd got nasty.

Starting with a refusal to disperse, and building up to throwing bottles and starting fires, the local residents eventually erupted into an all-out riot. For three days, Greenwich Village burned. Property was smashed, people were injured, and dozens were arrested. Yet from this conflagration, the concept of LGBT rights was born. In the immediate aftermath, the Gay Liberation Front was set up and, well, you can see the results for yourself.

1 The Bombing Campaign That Created A Welfare State 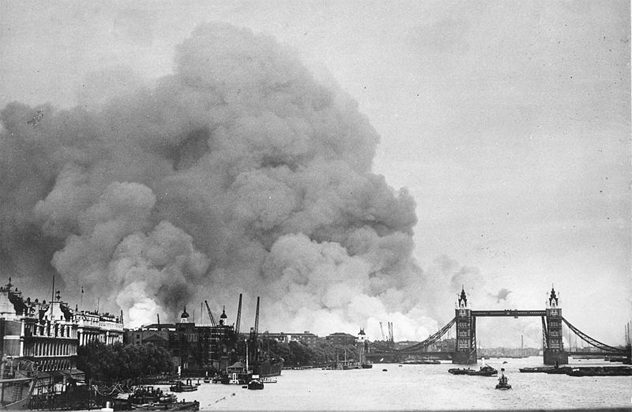 In the early 1940s, the UK became the primary target of the Luftwaffe’s infamous “blow everything up” campaign. Over roughly nine months, thousands of tonnes of bombs were dropped on British cities, resulting in 40,000 deaths and the obliteration of entire towns. It was a time of mind-numbing terror, of senseless tragedy—and it indirectly led to the post-war creation of the British welfare state.

Faced with the daily problems of the Blitz, the British government had no choice but to start providing for its people—especially in the war-damaged city of London. For the first time in the nation’s history, a comprehensive welfare state began to emerge. Subsidized day nurseries were opened for mothers who were contributing to the war and defense effort. A centralized housing policy was set up to help those who’d lost everything. The government took control of distributing medicine and aid in a direct precursor to the UK’s super-efficient modern healthcare system. The popularity of these measures led to the election of the pro-welfare Labor party in 1945 and the creation of the country’s current welfare state, one with which a staggering majority of Brits still seem happy.