Schools in the United States have set aside the month of February to teach history as it relates specifically to African Americans, their impact on sociopolitical events, and their contributions to society as a whole. Every kid who grew up in America knows of Dr. Martin Luther King Jr., but there were thousands of amazing people who fought for civil rights and did wondrous things for humanity.

The real unsung heroes in American history aren’t just African Americans; they are African American women who often took a backseat to the accomplishments of men. Here are ten amazing women you likely never learned about during Black History Month, presented in no particular order. 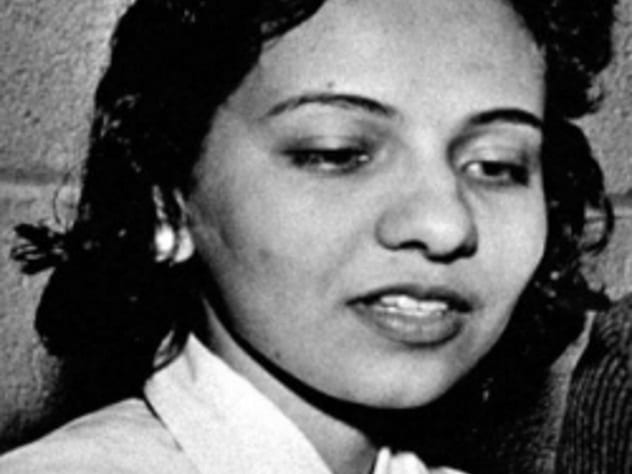 Diane Nash was born in 1938 in Chicago, Illinois, where she was raised far from the disturbing segregation that was rampant in the South at the time. She planned on becoming a nun in honor of her Catholic upbringing, but that all changed when she attended Fisk University in Nashville, Tennessee. There, she saw and experienced racial segregation for the first time under the banner of Jim Crow laws when she was forced to use a “Colored Women” restroom for the first time in her life. That event changed her, and she abandoned her plans and became a full-time activist for civil rights.[1]

She threw herself into the Civil Rights Movement and was instrumental in integrating lunch counters via sit-ins. She also participated in the Freedom Riders and helped to desegregate interstate travel, co-founded the Student Nonviolent Coordinating Committee, and worked on the Selma Voting Rights Movement, which further helped to push the passage of the Voting Rights Act of 1965. Her efforts helped make it possible for millions of African Americans to vote in the United States. 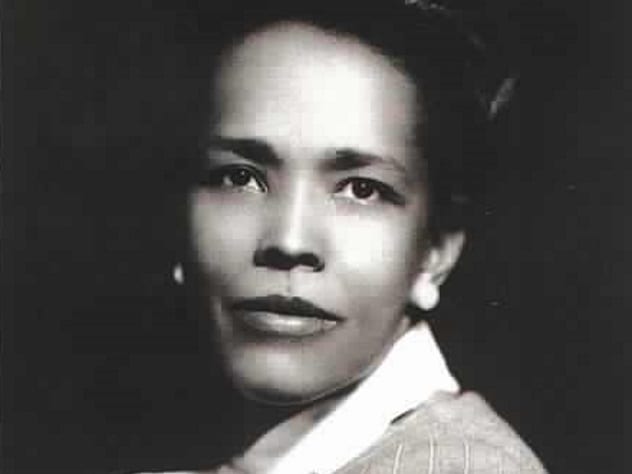 Ella Baker was a civil rights activist born in Norfolk, Virginia, in 1903. She spent the better part of 50 years of her life working behind the scenes alongside some of the biggest names in the movement. Baker spent years organizing events for the likes of Thurgood Marshall, Martin Lither King Jr., and many more, but her influence extended to those she mentored. Baker had numerous mentees under her belt over the years, including the aforementioned Diane Nash, Bob Moses, and Rosa Parks.

Baker was the primary advisor and strategist of the Student Nonviolent Coordinating Committee and has been called one of the most important African American leaders of the 20th century. In her own words, she described why she wasn’t as well-known as her peers: “You didn’t see me on television; you didn’t see news stories about me. The kind of role that I tried to play was to pick up pieces or put together pieces out of which I hoped organization might come. My theory is, strong people don’t need strong leaders.”[2] 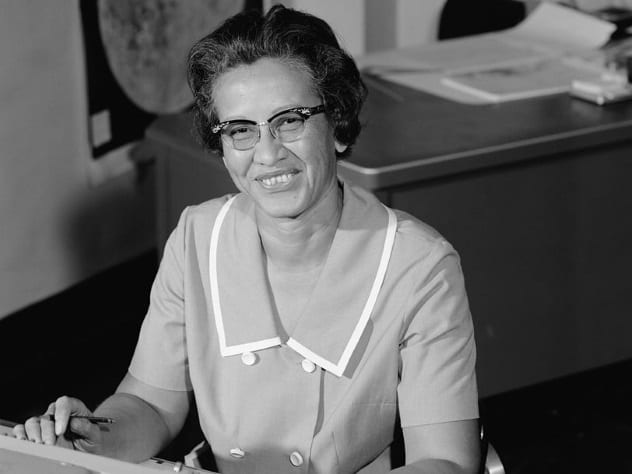 When people think back to the early days of NASA and the Apollo missions, they tend to focus on the men who set foot on the Moon. There’s nothing wrong with that—they achieved amazing feats of daring exploration, but they never would have made it there had it not been for the work of Katherine Johnson. Johnson worked for NASA as a mathematician who calculated complicated orbital mechanics. Her manual calculations of complex equations made it possible for the astronauts and engineers to point a rocket to the sky, land men on the Moon, and bring them home safely.[3]

Her work began before NASA even existed and helped the Mercury program with calculations of trajectories and launch windows. She was instrumental in launching the Space Shuttle program and has contributed a great deal of information and expertise for NASA’s various missions to Mars. She was awarded the Presidential Medal of Freedom in 2015 by President Obama and was a lead character in the 2016 movie Hidden Figures, which focused on the female mathematicians who made space travel possible. 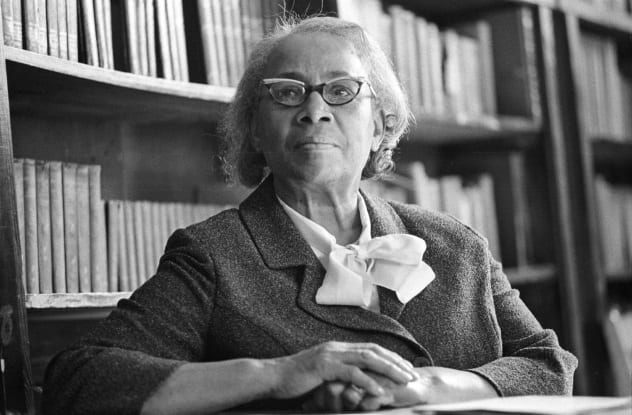 Septima Poinsette Clark was born in Charleston, South Carolina, in 1898. She grew up to become a prominent civil rights activist who focused her work on the teaching of literacy and the education of children. Her belief was that the Civil Rights Movement followed the path that “knowledge could empower marginalized groups in ways that formal legal equality couldn’t.” Her focus on education brought her to the attention of other civil rights activists, including Dr. King, who called her “The Mother of the Movement.”

Though she was a prominent figure who played a pivotal role in the movement, her work was somewhat unappreciated by some prominent leaders. This was the result of the gender inequality that was not only going on throughout American society at the time but within the Civil Rights Movement itself. Her impact on the movement centered on the creation of “Citizenship Schools,” which taught adults in the Deep South how to read. Spreading literacy throughout the American South helped to fuel the movement and impacted thousands of people.[4] 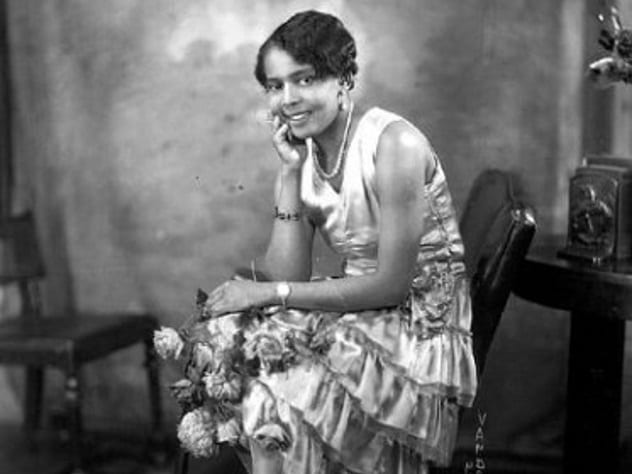 At the height of her fame, most people in Harlem knew who Esther Jones, otherwise known as “Baby Esther,” was. Jones was a regular performer in the Cotton Club, where she entertained the masses by singing in her signature “baby talk” style. She recorded Helen Kane’s “I Wanna Be Loved By You” with multiple uses of the words “boo-boo-boo” and “boop-boop-a-doop.” Those may sound familiar if you’ve ever seen or heard the famous cartoon character from the 1930s called Betty Boop. Though she is drawn to look like a white woman, she was directly inspired by Jones.

Jones’s story is a common one in African American history, as her likeness and singing style were appropriated without her consent. Kane brought a lawsuit against Fleischer Studios claiming the character was a deliberate caricature of her work, but the trial determined that Baby Esther was responsible for the “baby” style of singing, which proved to be the original inspiration for Boop. Jones never received the money or fame she deserved while she was alive and has since gone on to be known as Betty Boop’s “black grandmother.”[5] 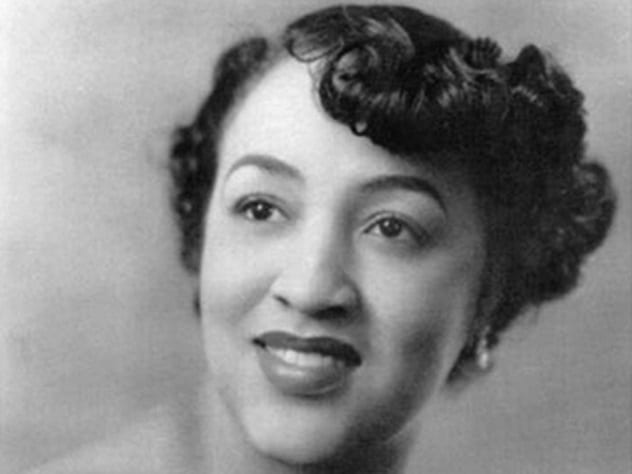 Mary Kenner was born and raised in Monroe, North Carolina, where she grew up to become an inventor. She found an early love of discovery from her father, which helped to push her to become the inventor of the sanitary belt. Her device inspired modern-day menstrual pads, but thanks to racial prejudices, it languished without a patent for 30 years.[6] The company she originally pitched it to scoffed at selling it once it was revealed that Kenner was an African American woman. Today, versions of her invention are sold across the planet to hundreds of millions of women regardless of their race or Kenner’s.

Throughout her life, Kenner invented numerous devices still found commonly throughout the world today. All told, she was issued five patents for household and personal use items, including a bathroom tissue holder that kept the next tissue in the roll outside the box and readily available, a carrier attachment for an invalid walker, and a back washer mounted on a shower wall and bathtub. She never made a lot of money from her inventions and instead hoped to make life easier for people. 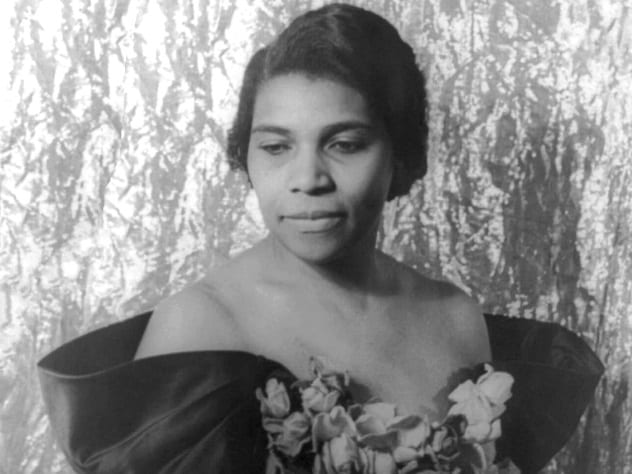 Marian Anderson was a prominent singer born in Philadelphia, Pennsylvania, back in 1897. While there were many talented African American performers throughout the early 20th century, Anderson holds the distinction of being the first black person to perform at the Metropolitan Opera in New York City in 1955. Her rise to fame came out of the turmoil of racial persecution and segregation. In 1939, she was forbidden from performing at Constitution Hall in Washington, DC, by the Daughters of the American Revolution due to the fact that the audience was integrated.

The incident brought her talents to the attention of the international community as well as to some prominent Americans. Eleanor Roosevelt recognized her abilities and helped to bring Anderson to Washington to perform an open-air concert on Easter Sunday 1939 on the steps of the Lincoln Memorial.[7] More than 75,000 people made up the integrated audience, with millions more tuning in to listen on their radios. Her accomplishments earned her numerous awards over the course of her life and helped pave the way for other talented African American musicians performing in a divided nation. 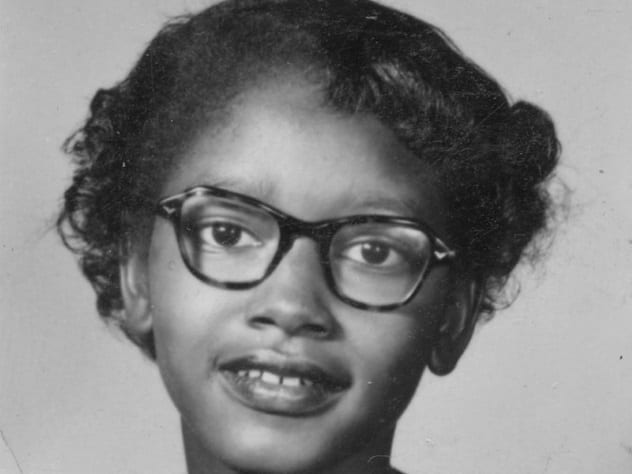 While most people in the United States and around the world know the name Rosa Parks, far fewer are aware of another pioneer in the Civil Rights Movement named Claudette Colvin. Nine months before Parks refused to give up her seat, Colvin did the same at the age of 15 in Montgomery, Alabama. She was arrested and became one of five plaintiffs challenging Montgomery’s segregated bus laws the following year. Browder v. Gayle went all the way to the Supreme Court in 1956. Colvin was the last to testify in the case, which ultimately determined the Alabama laws unconstitutional.[8]

She wasn’t recognized by many of the black leaders in the movement at the time due to being so young. She was also unmarried and pregnant and had no civil rights training, but she wasn’t bitter about not being recognized in the same way as Parks: “I’m not disappointed. Let the people know Rosa Parks was the right person for the boycott. But also let them know that the attorneys took four other women to the Supreme Court to challenge the law that led to the end of segregation.” 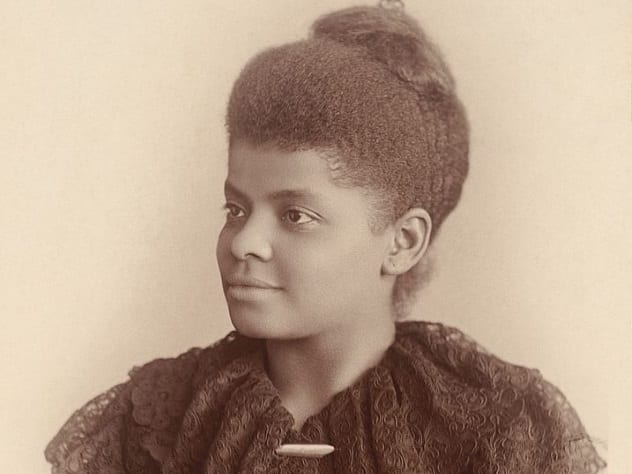 Ida B. Wells was born into a life of slavery in Holly Springs, Mississippi, in 1862. She was freed via the Emancipation Proclamation during the Civil War and became the provider for her family at the age of 16 when both her parents succumbed to yellow fever. Eventually, she became a teacher in Memphis, Tennessee, where she co-owned a newspaper called the Memphis Free Speech and Headlight—the first of many important publications she would put her name upon. She rose to prominence as an investigative journalist following her work covering numerous lynchings in the United States.[9]

This brought the ire of whites who sought to intimidate her by destroying her newspaper office and printing press, but that only pushed her to further action. She moved to Chicago, Illinois, and became one of the most outspoken African American activists in the burgeoning women’s suffrage movement. She helped found the National Association for the Advancement of Colored People (NAACP) in 1909 by joining others in the “founding forty” and helped spark the flame that would ultimately become the Civil Rights Movement in America. 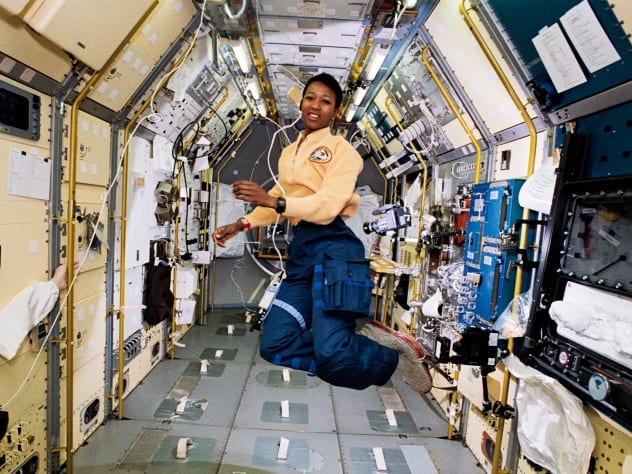 Mae Carol Jemison was born in Decatur, Alabama, in 1956 but moved with her family at the age of three to Chicago, where she could take advantage of a better education. That education served her well, as she is best known for being the first African American woman to travel into space. She was a part of the crew of the Space Shuttle Endeavor on September 12, 1992. All told, she spent 190 hours, 30 minutes, and 23 seconds in space, but that was hardly the only amazing achievement in her life. Prior to joining NASA’s astronaut corps, she served in the Peace Corps for two years, during which she used her training as a physician in Liberia and Sierra Leone.[10]

She remained with NASA until 1993, when she left to found a company that researched the application of technology in daily life. Her work with NASA earned her an appearance on an episode of Star Trek: The Next Generation, in which she played Lieutenant Palmer. She holds nine honorary doctorates (in addition to her Ph.D.) in engineering, science, letters, and the humanities.