The “Hermit Kingdom” of North Korea is a savage, despotic state that the UN has compared to Nazi Germany. In the week or two it’s taken to write this article, the country has dropped four missiles into the Sea of Japan and had its leaders referred to the International Criminal Court. Surely if anywhere is beyond saving, it’s the DPRK.

Or is it? Incredibly, a few rays of hope have managed to penetrate this gloomy communist state. Current factors—some tiny, some huge—might herald great changes to come. Things like . . .

Antonio Inoki is a former wrestler and now a member of Japanese Parliament who frequently visits North Korea as a private citizen. This summer, he’s planning on staging a Pyongyang wrestling event, which makes him sound like the Japanese equivalent of Dennis Rodman. At least it does until you realize Inoki gets serious results.

As a direct result of his rapport with the DPRK, Inoki has managed to broker a meeting between the Kim regime and Japan over the historic kidnapping of Japanese citizens. This is such a charged issue for both countries that they’ve never even established diplomatic ties; getting them to talk about it is like asking Hamas and Benjamin Netanyahu to thrash out a quick deal over the Temple Mount. If the meeting goes well, it could potentially lead to a normalization of relations between the two countries, or at least the sort of thaw not seen since the Soviet Union collapsed. 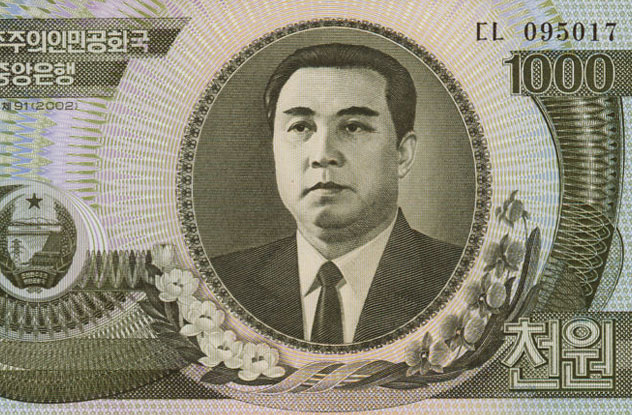 Life in North Korea is divided into two groups: the party insiders and everyone else. The party lot have money, jobs, and a small degree of freedom. Everyone else has misery, malnutrition, and no worldly possessions. At least, such was the case until the traders came along.

Over the past decade or two, small groups of merchants have started springing up across the DPRK. Often unaffiliated with the party and making a living by illegally importing goods from South Korea and food from China, they may be about to bring about the revolution the North so dearly needs.

Thanks to chronic shortages of everything, these merchant traders are becoming Pyongyang’s new rich. And because they’re getting there by selling stuff ordinary North Koreans really want, the regime has found them impossible to stamp out.

They’re a North Korean middle class, and history has repeatedly shown there’s nothing better for guiding positive social change. In 14th-century Venice, the emergence of a large middle class turned the city-state into a global powerhouse. In 1950s America, a hugely expanding middle class propelled social rights forward and created the most powerful nation the world has ever known. Right now, billions of people in Asia are being carried out of poverty and into secure lives as the continent’s middle class goes supernova. Can the same thing happen in North Korea? Only time will tell.

In 2008, for the first time, the national anthem of the United States was played on DPRK soil.

The occasion was a visit from the New York Philharmonic Orchestra, a private attempt at music-based diplomacy with the psychopathic regime. Although the North has routinely threatened to wipe the USA off the map, the Philharmonic’s visit saw the two country’s flags draped side-by-side in Pyongyang. Even more remarkably, when the Star Spangled Banner was played, high-ranking DPRK officials in the audience respectfully stood for the duration—something that, under normal circumstances, you might expect them to be shot for.

Although symbolic acts are hard to translate into physical reality, similar concerts have had incredible effects. A 1956 visit by the Boston Symphony Orchestra to Russia marked the beginning of a long-lasting warm period in USSR-USA relations. A similar visit to China by the Philadelphia Orchestra in 1973 helped mark the end of the Cultural Revolution. 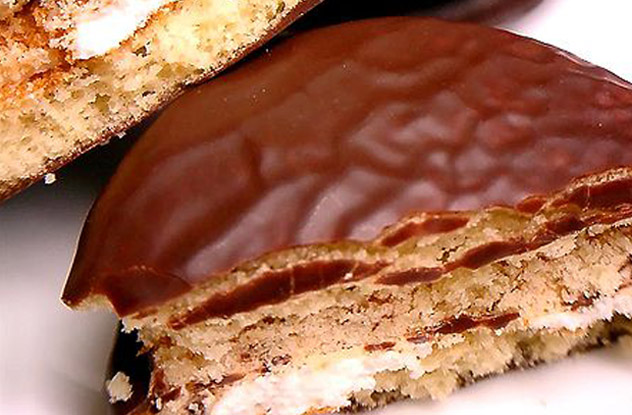 For most North Koreans, “a balanced diet” means “not starving to death.” But there’s one part of the country where things are a little different. At the Kaesong Complex near the Demilitarized Zone, South Korean factory owners make sure their Northern workers get decent food, including chocolate pies.

A simple packaged snack cake for South Koreans, these “Choco Pies” have become hugely valued on the North Korea black market. CNN reports them selling for $10 each (a possible exaggeration, since that’s over a week’s wage at the complex). Tasting unlike anything ever produced by government-controlled DPRK food factories, Choco Pies have become a sign of subversion in the North, a hint of decadence that’s slipped through the system. As the London Review of Books put it, the Choco Pie craze “reveals a susceptibility to outside influence in a society commonly regarded as impenetrable.”

This isn’t just empty rhetoric. Desire for West German good living was one of the reasons East Berlin citizens tore down the Wall. With tens of thousands of North Koreans having now experienced a taste of South Korean life through Kaesong, they might no longer be so willing to believe everything their “dear leader” tells them. In their own way, these little snacks may one day contribute to a social revolution. 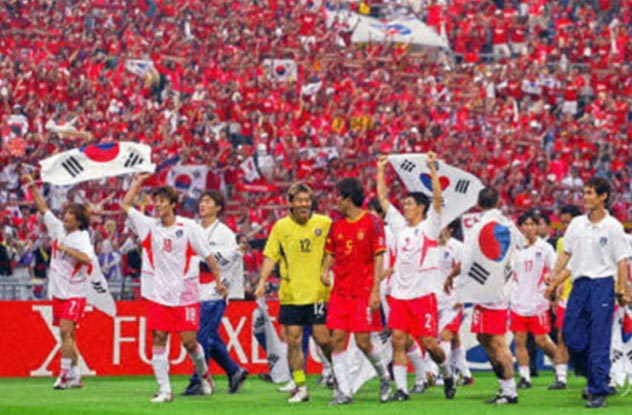 Logic tells us that South Korea and the DPRK should be deadly enemies. And in most ways, they are. But there’s one thing that’s consistently held the two nations together and helped thaw tensions at even the worst times: soccer.

It sounds nuts, but the nations’ devotion to kicking a ball around a field has had some tangible, positive consequences. In 2002, DPRK state television chose to broadcast South Korea’s World Cup matches, encouraging residents of Pyongyang to cheer on their mortal enemies. When the South’s team made it to the semifinals, one of the North’s top-ranking officials even sent a congratulations message across the border, claiming the team’s success acted as a blueprint for uniting the two Koreas.

As a direct consequence of this soccer diplomacy, Seoul hosted two unification football matches. At one of the matches, the whole stadium of 60,000 South Koreans stood up and began chanting for a “unified fatherland.” It shows that even after 50 years of bitter rivalry, the hope for unification is still alive. 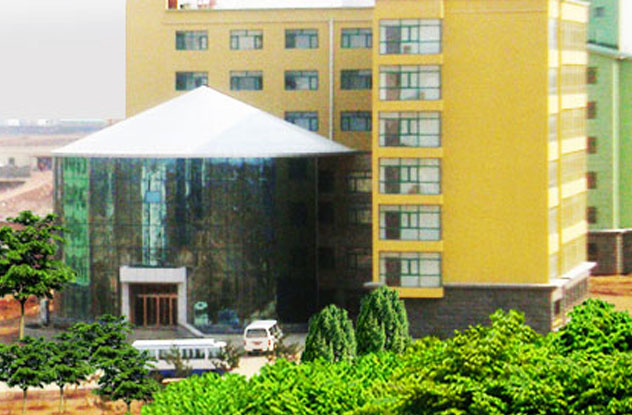 What do you imagine would happen if you walked into North Korea and started trying to teach people Western values? Well, if you happen to be employed by the Pyongyang University of Science and Technology, the answer is: They’ll pay you.

Funded by evangelical Christians and promoting the teaching of capitalism and creating civilian technology, the University may just be a long-term game-changer. Teachers are allowed to delve into topics the DPRK government considers off-limits, and students are encouraged to learn Western business practices.

The regime hopes that the University will produce a new elite capable of solving the country’s economic problems. The University hopes that giving the students access to Western ideas and relatively unfiltered Internet access will make them more receptive to the outside world. Just as idealistic young Chinese in the 70s and 80s steered the country toward its more open, modern form, there’s the chance that Pyongyang University’s graduates will one day do the same for the DPRK.

While watching South Korean footballers on TV warmed North Koreans to their southern neighbors, hosting their own events might help bridge the gap even further. Remember how we said 2008 saw the Star Spangled Banner played in North Korea for the first time? Well, 2013 delivered a similar surprise. After a South Korean won gold at Pyongyang’s Interclub Weightlifting Championship, the whole stadium stood for the South Korean national anthem.

Although the moment was purely symbolic, it was nonetheless groundbreaking. Coming just months after the North had threatened all-out nuclear war, it was an important concession to easing tensions on the peninsula.

Other sports events have done their part in the past decade, too. In 2005, an inter-Korea marathon was held in the North’s capital. In an unprecedented move, the DPRK seemingly allowed the South Korean runners to chat unmonitored with their Northern counterparts. In February 2013, the North offered its ski resort to South Korean athletes training for the 2018 Winter Olympics.

Do such tiny moments really mean anything in the face of a brutal regime? Well, in 1971, a single game of ping-pong managed to lead directly to the USA and China establishing normal relations. If sports can open up the most murderous regime in history, it might just do the same for North Korea.

Every year, around 3,000 tourists pay good money to visit North Korea. Reactions to this statistic range from bemusement to mild disgust that people willingly fund the Kim regime. But tourism could actually help pacify the DPRK.

Thanks to the collision of cultures that tourism inevitably brings, researchers have found it to be pretty good at defusing international tensions. Then there are the basic realities of a tourist economy. If your primary goal is to serve up pleasant experiences for visitors, you need to make sure you’re not scaring them off with constant threats of nuclear war.

But are 3,000 a year enough to make such changes? Well, signs say the country aims to attract many more visitors, becoming an eventual tourist “paradise.” If it gets them out of the nuclear bomb-building business, that can only be a good thing.

What do Russia, China, Vietnam, and Cuba have in common? Answer: They’re all communist states that have opened their doors (to varying degrees) to capitalism. And North Korea is following suit.

In 1991, the Kim regime designated the tiny town of Rason a “special economic zone” where normal DPRK rules need not apply. Although progress has been glacially slow, there are signs that Rason is now becoming an attractive proposition to Chinese investors. In 2011, the New York Times reported that the area was moving toward “a market economy.” In 2013, Beijing invested millions in the town.

For the regime, a capitalist boom in Rason could have unintended side effects. Before China began dabbling with capitalism in the early 80s, it was a human rights disaster area. Fast forward to 2014 and things have improved considerably. There’s evidence that the arrival of global multinationals directly improved workers’ rights, and the days of state-sanctioned pogroms and mass-famines are long gone.

For ordinary North Koreans, a similar transition could improve their lives immeasurably. 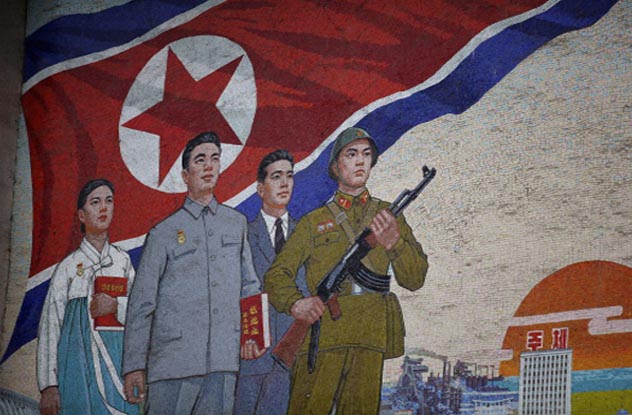 Cast your eye over any report regarding North Korea and things can seem pretty hopeless. Across the country, starving people are routinely raped, tortured, disappeared, or executed for such crimes as joking about Kim Jong-Un. Malnutrition is endemic, and the nuclear-armed regime would likely obliterate South Korea and Japan if invaded.

And yet, nothing lasts forever. For 40 years, Albania under Enver Hoxha was more oppressive and closed off than even North Korea. Yet the dictatorship eventually toppled, and life slowly improved. For 50 years, Myanmar was ruled by a crazy dictator and a vicious military junta. Then roughly two years ago, something like democracy unexpectedly began to emerge. Even Japan’s long-lasting Edo period—which saw the country’s borders firmly closed and the rise of a repressive military dictatorship—ultimately folded after 260-odd years.

So yes, things look hopeless. And maybe 50 years from now, we’ll be shaking our heads at Kim Jong-Un’s lunatic grandson. But the hideous suffering of the North Korean people can’t last forever. It may be next year, the year after, or a century from now. But one day, the memory of the Kim dynasty will be kicked into the dustbin of history, and the people of North Korea will at last be able to live ordinary, happy lives.