One of the main reasons the Roman civilization managed to occupy such a vast territory and then lasted for so long was its military fighting prowess. However, while the Romans did win amazing victories, they also figured in some of the worst military disasters ever, proving to us that no fighting force in history can ever be truly invincible. 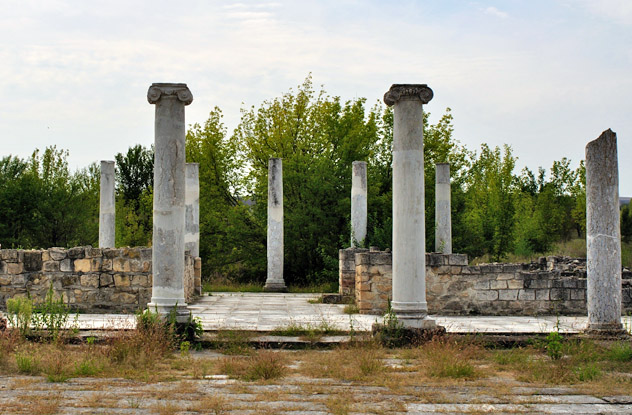 This battle marked the first time that a Roman emperor died at the hands of a foreign enemy.

Set in the modern-day city of Razgrad, Bulgaria, the battle pitted the Romans—led by the co-emperors Decius and his son Herennius—against the Goths. Though previous clashes between the two sides had been back-and-forth-affairs, the decisive battle happened when the Goths’ wily leader, a chieftain named Cniva, managed to bait the main Roman army into entering a swamp. With the Romans bogged down and immobilized, Cniva’s army successfully surrounded them and began a wholesale slaughter.

Although no exact numbers record what happened, it is speculated that Cniva’s forces virtually annihilated the Romans, taking away wagons full of prisoners and war booty after the carnage had finished. Subsequently, this victory allowed the Goths free rein to plunder nearby cities and also force Rome to pay a humiliating annual tribute. 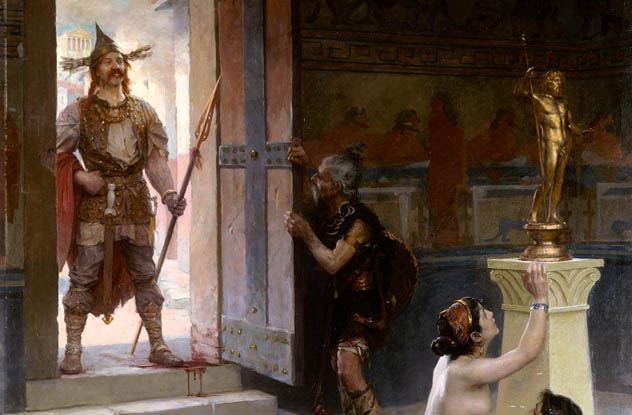 This battle, which culminated in the First Sack of Rome, saw 70,000 men from the Gallic tribe of Senones defeat a smaller Roman force of 24,000–40,000 soldiers.

Prior to the battle, the Romans had sent ambassadors to the Gauls to stop them from attacking the city of their Etruscan allies. When the Gauls refused and instead continued their attack, a Roman ambassador killed one of their chieftains. Outraged at the ambassador breaking his neutrality and Rome’s subsequent refusal to hand the culprit over, the Gauls marched onward to Rome and easily defeated the Roman force at the Allia River.

With no force left to protect Rome, the Gauls marched into the city and plundered it for seven months. In the end, the Roman leaders who barricaded themselves inside the Capitoline Hill agreed to pay off the Gauls with a huge sum. This humiliating incident forced the Romans to beef up their defenses, raise a bigger army, and upgrade their military tactics. 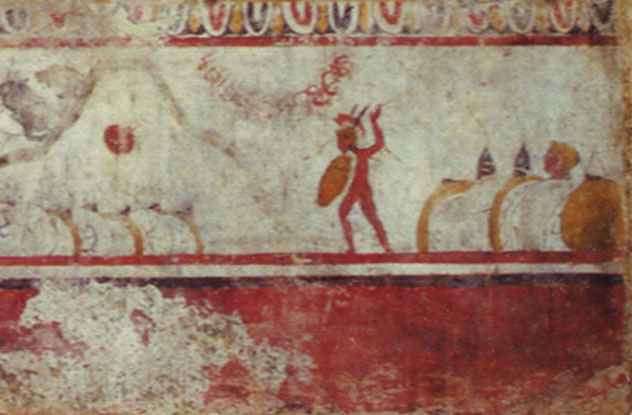 Set during the Roman Republic’s second war with another Italic tribe called the Samnites, this incident did not involve bloodshed—yet it dealt a grievous blow to Roman pride anyway.

Upon learning the Romans had amassed a large army to invade his homeland, the Samnite leader Gaius Pontius devised a clever scheme to defeat the enemy. He dressed some of his men as shepherds and had them deceive the passing Roman army into taking a narrow road called the Caudine Forks. When the Romans reached the end, they discovered that it had been barricaded with a wall of stones and trees. Doubling back, they found that the entrance had also been closed off.

Surrounded by the Samnites on all sides and with no chance of escape, the Roman army had no choice but to capitulate. Gaius Pontius imposed on the Romans a humiliating peace treaty, which included the indignity of letting all the captured Romans pass under a yoke made up of spears. Ashamed by this defeat, the Roman army disbanded and slunk home. 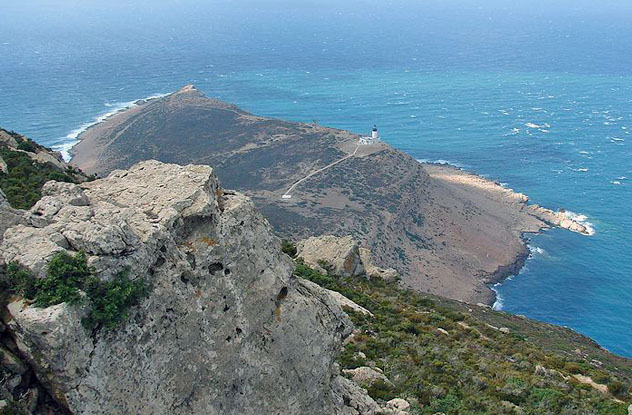 Just like the army, the Roman navy has had its fair share of military disasters. In this one, a joint naval expedition (reputedly one the biggest in ancient times) by the Empire and the independent province of Illiricum against the Vandal Kingdom ended in a huge lopsided defeat.

Led by the Eastern Emperor Leo I’s brother-in-law Basiliscus, the massive fleet totaled more than 1,000 ships containing 100,000 men. Upon arriving in the peninsula of Cap Bon near Carthage, Basiliscus came under negotiations with the Vandal King Genseric, who requested more time to consider a peace treaty. During that time, Genseric secretly prepared fire ships to destroy the docked Roman fleet.

Attacking at night, these ships managed to successfully wreak havoc on the Romans, forcing Basiliscus to flee in confusion and leaving the fleet at the mercy of the Vandals. In the aftermath, Leo I had to sue for peace as the Romans lost 70 percent of their original forces. 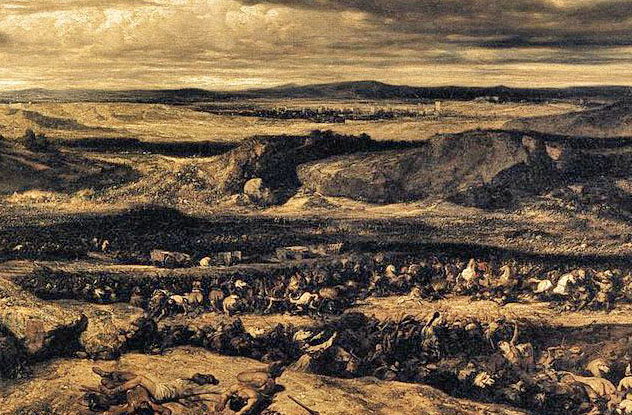 Set in modern-day southern France, this battle saw the virtual annihilation of some 80,000 Roman troops at the hands of two Germanic tribes: the Cimbri and Teutones. This devastating defeat could be attributed to the unwillingness of the two Roman commanders to cooperate and unite their armies. One leader, Gnaeus Mallius Maximus, tried to negotiate with the Germanic tribes first. In the course of the negotiations, the other leader, Quintus Servilius Caepio, ambushed the Cimbri but had his forces destroyed.

The Germanic tribes then proceeded to destroy the rest of the Roman forces, killing all the Roman soldiers plus some 40,000 non-combatants and leaving the city of Rome wide open for an invasion. Fortunately for the Romans, the Germanic tribes instead journeyed toward Spain, allowing them time to recuperate and eventually avenge themselves. 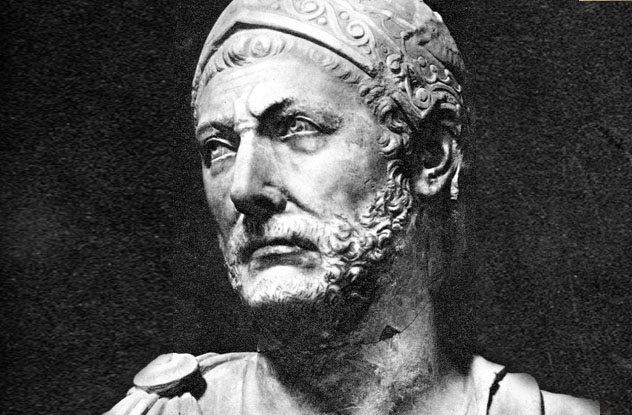 Before he finally met his match in the excellent Roman tactician Scipio Africanus, it seemed no one could best Carthaginian general Hannibal. Even after having his army dilapidated after crossing the treacherous Alps, Hannibal wasted no time showing the Romans his military genius.

In one of their first major engagements, Hannibal’s clever use of tactics enabled his forces to defeat a far larger Roman army. Taking camp on opposite sides of a river on a winter day, Hannibal had his cavalrymen attack the Roman camp in the early morning to bait them into crossing the water. He also carefully hid his younger brother Mago along with some soldiers to ambush the unsuspecting Romans in their flank and rear the moment the two sides clashed.

The tactic resulted in a devastating Roman defeat. Survivors who tried to flee across the river either drowned or froze to death; the rest were chased and struck down by the Carthaginians. At the end of the battle, only one-fourth of the 40,000 Romans successfully escaped Hannibal’s army. Unfortunately for the Romans, this battle would foreshadow their next, more complete defeat. 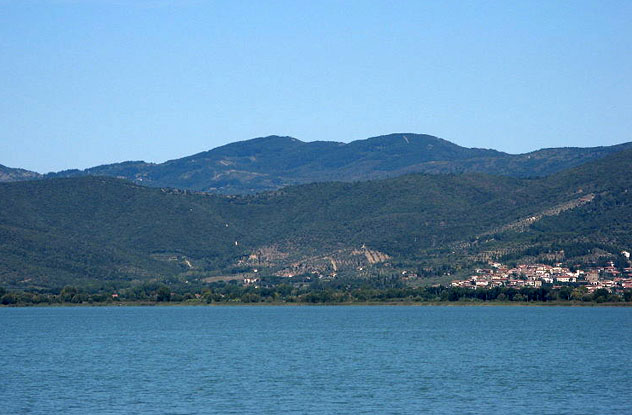 While thousands of Romans had been able to save themselves in the previous battle, this time there would be no escape for them. In what could be described as one of the most perfect ambushes in history, Hannibal’s 55,000-strong army totally routed a force of 30,000 Roman soldiers.

The Romans, led by Gaius Flaminius, had been chasing Hannibal’s army when they came upon a narrow road situated between Lake Trasimene and some heavily wooded hills. Unaware that the Carthaginians had concealed themselves in the forests, the Romans marched single-file along the road. Covered in the mist of the early morning, the Carthaginians charged and massacred the hapless Romans, who had no means of escape.

In three hours, the Carthaginians killed 15,000 Roman soldiers (including Flaminius) and took another 15,000 prisoner while suffering only 1,500 killed. Subsequently, the Carthaginians also ambushed and slaughtered a 4,000-strong cavalry sent to reinforce the devastated army, further adding to the Roman defeat. 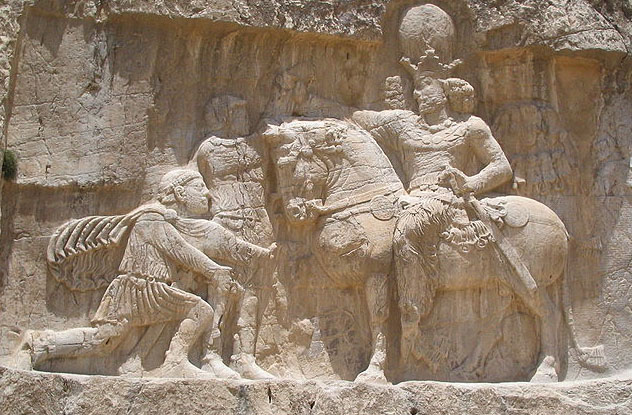 In another ignominious first, the Battle of Edessa would be best remembered in history as the first time a Roman emperor had ever been captured in battle.

The Romans had hoped to stop the frequent Sassanid incursions led by King Shapur I on their territories in Asia Minor and so sent a 70,000-strong force under the aging Emperor Valerian to confront them. The expedition proved to be a disaster; although Valerian won an initial battle, a plague struck his forces, who also soon found themselves completely surrounded by King Shapur I’s army.

Seeing no other option, Valerian and a few of his officials tried to negotiate with the Sassanids but ended up as prisoners instead, causing the rest of the Romans—60,000 of them—to surrender. Valerian spent the rest of his life in captivity in Persia, where some accounts say he became Shapur’s personal footstool and had his body stuffed and displayed after his death. 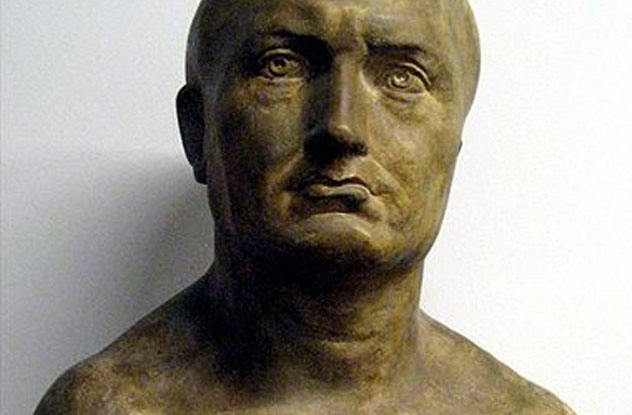 Hannibal wasn’t the only Barca who could mess with the Romans; his more cautious brother Hasdrubal proved that he, too, could school the Romans in the art of warfare.

In two separate engagements in Spain, three Carthaginian forces separately defeated Roman armies led by the Scipio brothers—Publius Cornelius (the father of Scipio Africanus) and Gnaeus Cornelius Scipio Calvus. In the first battle at Castulo, the Carthaginians slaughtered the Romans. Afterward, the victorious duo of leaders Mago and Hasdrubal Gisco met up with Hasdrubal’s forces to engage the Roman army under Gnaeus.

Greatly outnumbered (Hasdrubal also bribed the mercenaries in the Roman army to defect), the Romans were decisively beaten by the Carthaginians in the battle at Ilorca. In the two battles’ aftermath, a total of 22,000 Romans—the Scipio brothers included—out of the original 50,000 had either been slain or captured. 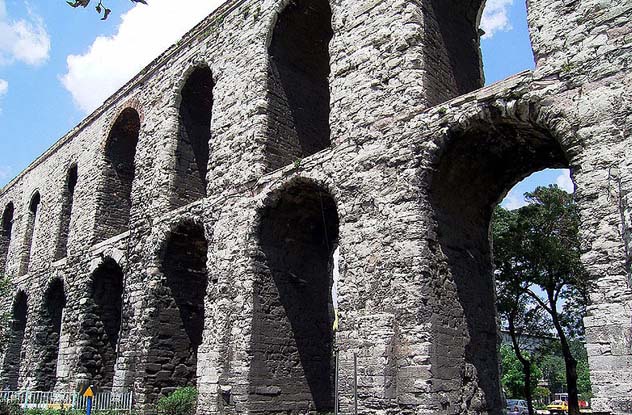 Historians have called this the battle the starting point of the collapse of the Western Roman Empire.

Valens, the emperor of the eastern part of the empire, had called upon his nephew, the Western emperor Gratian, for assistance in quelling a Gothic uprising in Thrace. However, jealous of his nephew’s success in defeating the Goths’ Germanic allies en route to their rendezvous, Valens decided to seize glory for himself by attacking the Goths head-on outside the city of Adrianople.

With 40,000–50,000 Roman soldiers, Valens attacked what he wrongly thought to be a numerically inferior Gothic force. In reality, the latter numbered twice as many as the Romans and was composed mainly of heavy cavalry. Led by their chieftain Fritigern, the Goths enveloped and massacred the Romans in a manner similar to what happened in Cannae. By the time the battle ended, two-thirds of the Roman army, including the emperor, lay dead on the battlefield.