Many people already have a healthy fear of going to the doctor. Unfortunately, that fear may be well-founded, especially when you consider the horrific mistakes that happen every day in hospitals around the world. Most people have heard horror stories of medical instruments being left in patients, a common mistake that happens to an estimated 4,000 people every year in the US. However, there are many other medical and surgical errors that still happen to unsuspecting patients, often causing severe injuries or death.

10Surgery On The Wrong Person 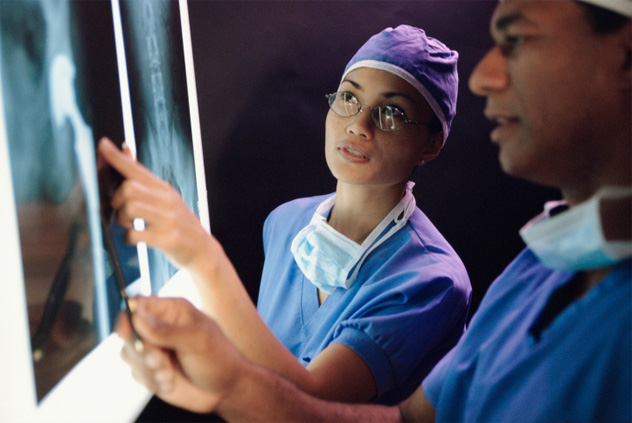 This is a mistake that the National Quality Forum considers a “never event.” This means that it’s a serious reportable event (but not necessarily something that’s completely preventable) that is hoped to never happen in a hospital. But in many cases, the problem is preventable, like when surgeries are performed on the wrong person. Even with new protocols, there have still been reported errors in which the wrong patient has received an invasive surgery. In a prostate biopsy mix-up, one man had his healthy prostate removed while the man who needed his cancerous organ removed was left untreated.

One of the most horrifying examples in recent history was when a woman woke up just before her organs were harvested for transplant, like something out of a gory horror movie. Not only did they mistake her for someone else, they mistook a living person for a corpse. Luckily, the 41-year-old woman opened her eyes just as surgeons were about to remove the organs. Although the surgery was stopped in time, the fact that the surgical staff was about to remove organs from a patient who was still alive points to a plethora of mistakes that are horrendous to contemplate. 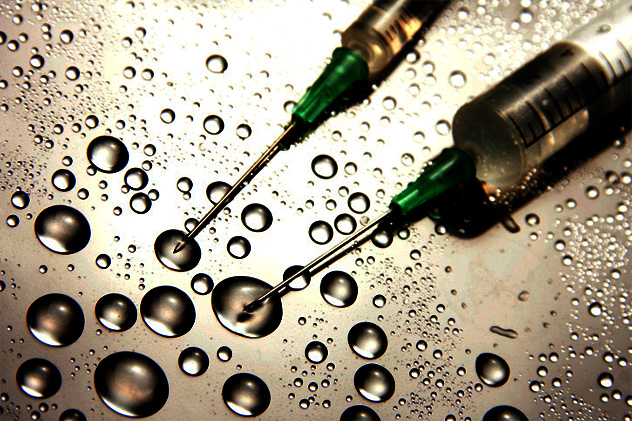 The very air that keeps humans alive can also kill them during surgery. Air that is allowed to enter the bloodstream during surgery can cause a blockage in the circulatory system, an event known as a venous air embolism. Air embolisms in surgery are rare, but they still occur more often than they should. Air embolisms can cause a pulmonary embolism—or blockage in the lungs—which is the leading cause of preventable hospital-related deaths.

Venous air embolisms from catheters have a 30 percent fatality rate. Even people who survive can be left with permanent physical disabilities, such as severe brain damage. What is most frightening about air embolisms is that they can happen during very routine surgeries, yet are extremely deadly. For example, a seemingly simple dental implant surgery recently turned fatal when an oral surgeon gave air embolisms to five patients in one year, killing three of them. The air is thought to have been introduced into the patients’ bloodstreams through the hollow dental drill. 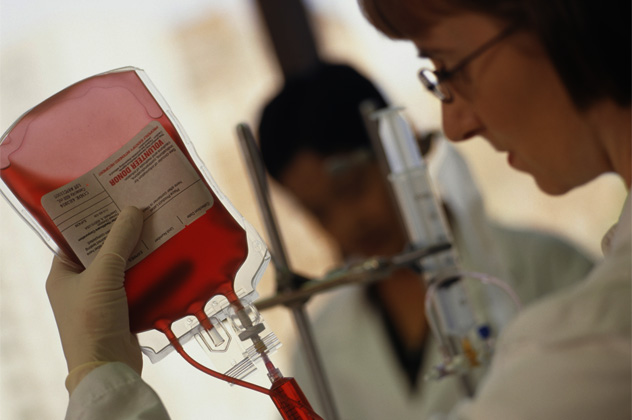 Receiving a blood transfusion during a hospital stay is common—it’s estimated that 1 in 10 hospital stays where a medical procedure is performed will involve a blood transfusion. Unfortunately, this routine aspect of medical care can also be extremely dangerous when mistakes are made, most commonly when the wrong blood is given to the wrong patient. Out of every 10,000 units of blood that are transfused to patients, it is thought that one of these units is the wrong blood for the intended patient.

The most common mistakes in blood transfusions revolve around identifying the blood and patient correctly. Blood can be incorrectly labeled when collected, the wrong blood can be dispensed, or medical personnel can administer the wrong blood during surgery or at the patient’s bedside. From July 2008 to July 2009, there were 535 blood transfusion errors reported through the Pennsylvania Patient Safety Authority alone. Fourteen of these mistakes resulted in serious adverse effects, and one patient died during surgery. 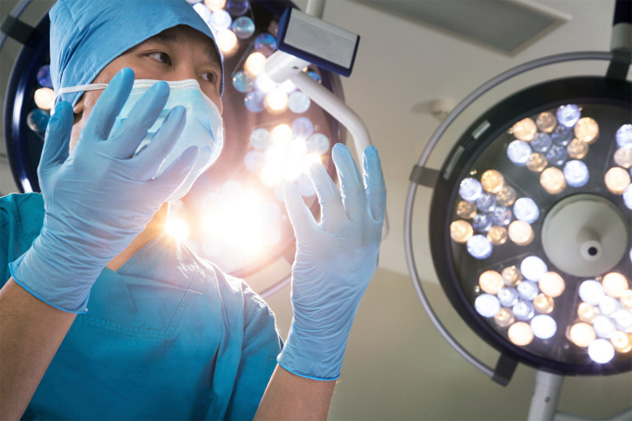 One of the surgical mistakes that’s considered a “never event” is when patients receive the wrong surgery. In a study of medical lawsuits, 25 percent were for patients who received a different surgery than what they were scheduled for. Over a 20-year period, 2,447 lawsuits were filed for surgeries that were performed for the wrong procedure.

Despite all the safety procedures that have been put in place to ensure that wrong surgeries do not happen, they continue to occur more often than acceptable. One woman had her fallopian tube removed instead of her appendix, while another patient received a heart operation that was not needed. One of the most tragic stories is that of a pregnant woman who was scheduled to have her appendix removed in 2011. Instead, her ovary was removed, leaving the infected appendix inside her. The woman was readmitted to the hospital three weeks later when the mistake was discovered, but unfortunately, she miscarried and died on the operating table. 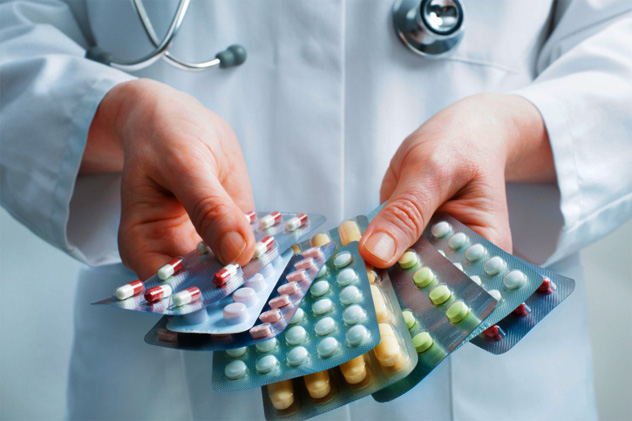 Most people assume that the medicine they receive from their doctor or pharmacist is the correct drug at the correct dose, but millions of people every day get the wrong prescription. Out of over three billion prescriptions that are annually doled out in the US, it is estimated that 51.5 million errors occur—that’s 4 out of every 250 prescriptions filled. The danger is twofold: Patients could receive harmful drugs that they don’t need, or they could not receive the drug that they do need. Either case can be fatal.

These medication errors happen at both pharmacies and hospitals. One tragic example is when two premature twins died due a nurse’s fatal mistake. The babies, who were born at 27 weeks at Stafford Hospital, were given a lethal dose of morphine—650–800 micrograms instead of the 50–100 micrograms they were supposed to receive.

In another fatal drug error, a 79-year-old man was given the paralytic drug pancuronium—one of the drugs used in lethal injections—instead of an antacid for his upset stomach at North Shore Medical Center in Miami, causing the man to become unresponsive within 30 minutes. 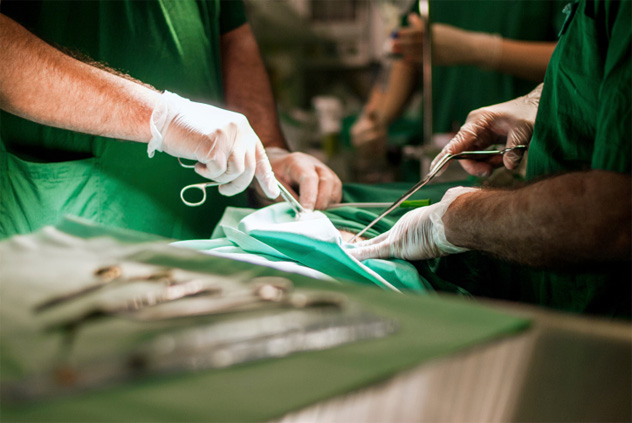 Most people go to the hospital to be treated for illnesses, yet this is also where many diseases and infections originate. Exposure to deadly illnesses through contaminated medical instruments or poor staff hygiene isn’t something you hear about too often, but it occurs with alarming frequency. Between 2012 and 2014, dozens of patients were exposed to the fatal Creutzfeldt-Jakob disease from contaminated surgical instruments in at least four different hospitals in the US.

Infection from contaminated equipment is another “never event” and also one which is completely preventable. According to the most recent US Center for Disease Control’s Healthcare-Associated Infections Progress Report, preventable infections from hospitals in the US are improving but are still too prevalent. It is estimated that 1 in 25 hospital patients contract an infection while in the hospital, with about 75,000 people dying due to these infections every year. 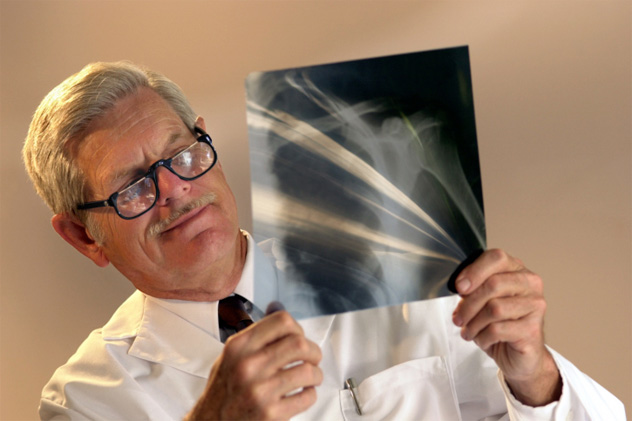 It’s understandable that extremely rare diseases might be misdiagnosed. The popular TV show House was based on exactly that premise. However, there is no excuse when symptoms of common ailments are overlooked due to incompetence.

It is estimated that 80,000 Americans die each year from ailments that are misdiagnosed. One woman went to the emergency room complaining of neck pain and a headache, but was having trouble vocalizing her symptoms. The rushed emergency room doctor dismissed the issue as just a muscle pain, releasing her with only pain medication. The next day, the woman was readmitted to the same emergency room and died of cardiac arrest from the stroke she had apparently been having the day before. The doctor who had treated her the previous day admits that he should have recognized the signs of stroke, blaming himself for her death. 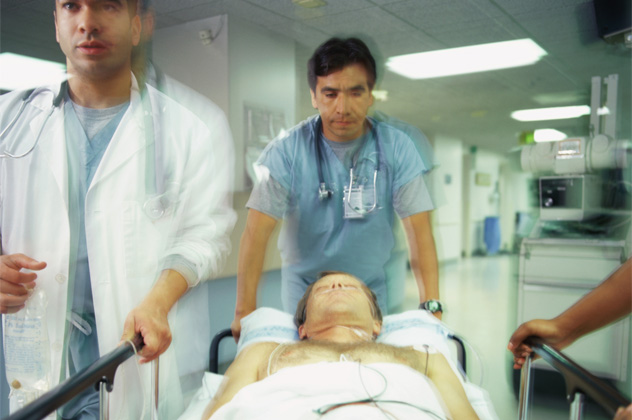 Anyone who has been to the emergency room lately knows how crowded they have become. However, you’d assume that those in need of immediate assistance would still receive the care they need. This is not always the case. Too often, patients are left untreated when the medical help they need is just down the hall.

One 39-year-old woman was admitted to a Bronx, New York hospital just before 5:00 AM after complaining of abdominal pain. Although the woman was listed as “urgent” and blood tests were drawn, she remained untreated until well into the afternoon. Finally, the physician in charge of her case ordered a CAT scan and noticed fluid accumulation. They brought the woman in for surgery to search for an embolism. She died on the operating table, 13 hours after she was admitted to the hospital for a treatment that she should have received within minutes. What makes this story even more tragic is that, if they had followed up immediately on the initial blood tests, they would have easily recognized that she had internal bleeding and she could still be alive today. 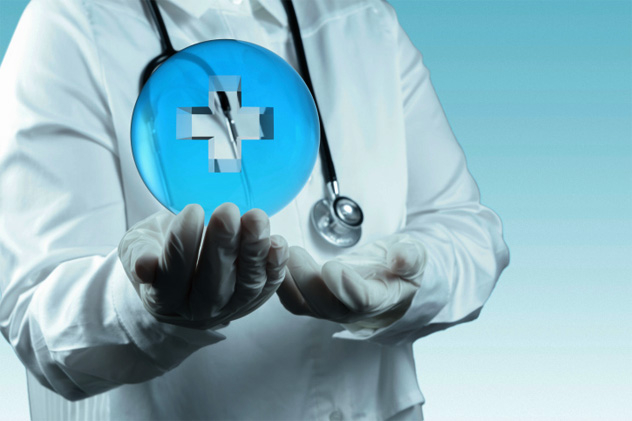 The Agency for Healthcare and Research Quality (AHRQ) estimates that close to a million patients each year sustain a fall while they are under medical supervision in a hospital. The agency estimates that about one-third of these falls can and should be prevented.

The misuse of bed rails in hospitals and long-term care facilities is also a major concern. The FDA has documented almost 500 deaths from the use of bed rails, admitting that there are probably many more deaths that have not been correctly attributed to these devices. Patients who are very ill and have limited mobility can become wedged in between their hospital mattress and the bed rail, causing suffocation and strangulation.

1Operating On The Wrong Body Part 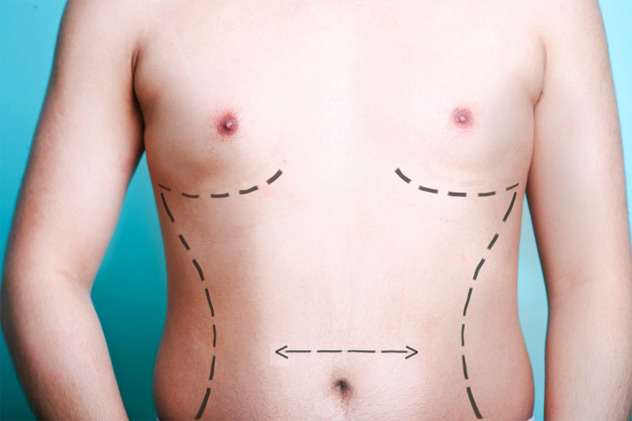 Surgeries on the wrong body part—such as amputating the wrong appendage or removing the wrong kidney—are some of the most common surgical mistakes. The Journal of the American Medical Association published a study which estimated that 1,300–2,700 of these “wrong body part” surgeries are performed every year in the US—that’s about 40 per week. Even with precautions, such as physically marking the body before surgery, these inexcusable surgical errors still occur.

In Rhode Island, one hospital performed three brain surgeries on the wrong part of the brain in less than a year. All three incidences involved the same brain surgeon. In 2010, a man in Florida had his healthy kidney removed instead of his gall bladder, which was the intended organ. The surgeon was fined only $5,000 for his error.

Rebecca is a full-time freelance writer from Washington state. Visit her at her LinkedIn or view her freelance writing profile on Elance.com.