“Socialism” is considered a dirty word in the United States. Being a hard-working, “free market” capitalist is a part of our national mythology. But it wasn’t always this way. The socialist movement used to be quite strong in the early 20th century. There was even a socialist candidate for president—Eugene V. Debs—who captured 6 percent of the vote in a four-way race in the 1912 presidential election. However, by the early 1920s, an all-out assault on socialists conducted by President Woodrow Wilson had successfully weakened the movement. Since then, people have associated socialism with the Soviet Union and government programs.

Despite this, socialism seems to be slowly making a comeback. Bernie Sanders is the first self-styled democratic socialist in the Senate, and a recent poll indicates that a higher percentage of young people have a more positive opinion of socialism than capitalism. 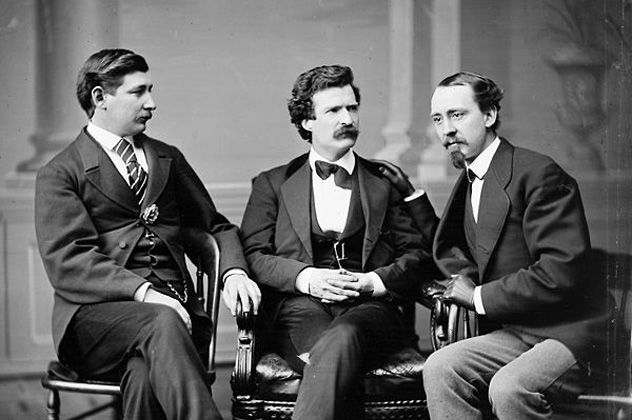 Mark Twain is best known for his books The Adventures of Tom Sawyer and Adventures of Huckleberry Finn. However, especially towards the end of his life, he took several radical views. He condemned capitalists as oppressors, saying, “Who are the oppressors? The few: the King, the capitalist and a handful of other overseers and superintendents.” He considered himself to be “always on the side of the revolutionists” because “there never was a revolution unless there were some oppressive and intolerable conditions against which to revolute.”

He strongly supported labor unions and believed that there should “be a more nearly equal division” of wealth. He favored women’s suffrage and was opposed to slavery. He was also a strong anti-imperialist. He was vice president of the American Anti-Imperialist League, which was opposed to the US annexation of the Philippines. He condemned massacres committed by US forces in that country as well as European colonial efforts in Africa. 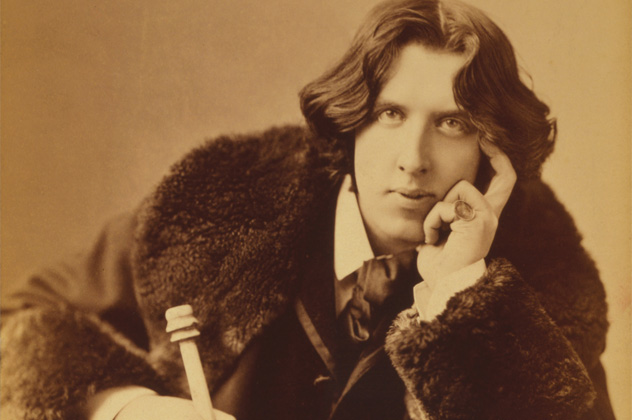 Oscar Wilde is famous for his play The Importance of Being Earnest and for introducing the world to Dorian Gray. He was also an ardent socialist. In his essay “The Soul of Man under Socialism,” Wilde argued for society to be organized along socialist grounds. He said that socialism “will restore society to its proper condition of a thoroughly healthy organism” by abolishing private property. This way, “Nobody will waste his life in accumulating things, and the symbols for things.” Instead of competing against each other, people will cooperate, which will “give Life its proper basis and its proper environment.”

Wilde advocated a socialist society that favored individualism over authoritarianism. He believed that a socialist society based on authoritarian principles (like the future Soviet Union) would crush genuine socialism and the individual’s spirit. As an artist, Wilde wanted everyone to be free to reach their full potential instead of being cogs in a machine. He believed that capitalism made life ugly and dull. Only under socialism, with people working together instead of against each other, would life be made more beautiful.

8Francis Bellamy, Author Of The Pledge Of Allegiance 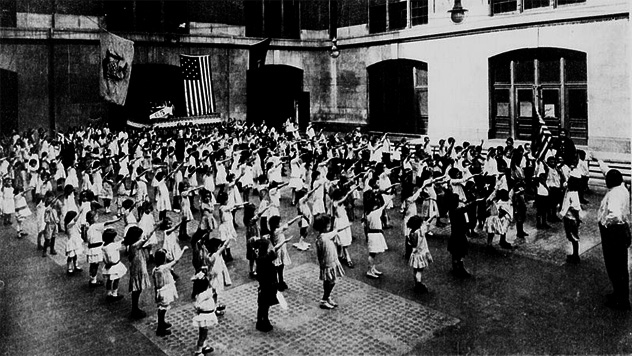 The author of the Pledge of Allegiance was a Christian socialist who believed that the teachings of Jesus were consistent with socialism. As a minister, he gave sermons advocating a more equal distribution of wealth. For this, he was pressured into leaving his position. When he wrote the Pledge, he originally wanted to include the motto from the French Revolution, “liberty, fraternity, equality,” but this would have proved politically impossible. So he chose to only include the uncontroversial “liberty and justice.” The original Pledge read “I pledge allegiance to my Flag and the Republic for which it stands, one nation indivisible, with liberty and justice for all” (there was no “under God“).

The dark side to Bellamy’s views was his nationalism. Although he was a socialist who wanted to help working people, he also actively campaigned to get American flags into every school in the country to go along with his new Pledge, which was meant to be “an ‘inoculation‘ that would protect immigrants and native-born but insufficiently patriotic Americans from the ‘virus’ of radicalism and subversion.” 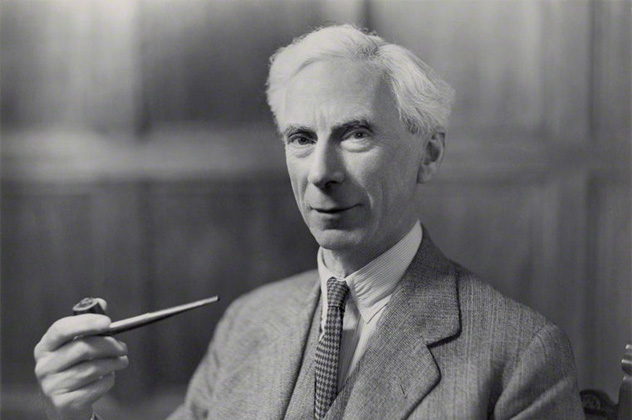 Bertrand Russell was one of the 20th century’s most prominent philosophers. He is perhaps best known for his essay “Why I Am Not a Christian,” in which he condemns religion—and Christianity in particular—as “the principle enemy of moral progress in the world.”

He was also an advocate of socialism. In his essay “The Case for Socialism,” Russell argues that socialism is “an adjustment to machine production demanded by considerations of common sense.” He believed that the “advantages to be expected from the establishment of Socialism . . . are of many different kinds, and are by no means confined to the wage-earning class.”

Among these advantages are more leisure time, economic security, the emancipation of women, improvements in art and architecture, and the abolition of most war. Like Oscar Wilde, Russell wanted a socialist society based on individualism and freedom, not an authoritarian state like the Soviet Union. When he visited the Soviet Union, he felt “infinitely unhappy” and “stifled by its utilitarianism, its indifference to love and beauty and the life of impulse.” 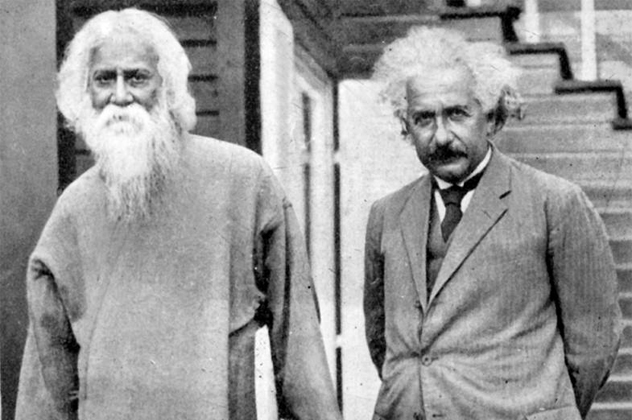 Best known for his work in physics, Einstein was no stranger to political causes. He was an early proponent of civil rights, who said in 1946 that Americans’ “sense of equality and human dignity is mainly limited to men of white skins.”

He was also extremely critical of capitalism and in favor of socialism. In his essay “Why Socialism?”, he explained how capitalism was making human beings suffer from a “process of deterioration” and making them “feel insecure, lonely, and deprived of the naive, simple, and unsophisticated enjoyment of life.”

In his view, the “economic anarchy of capitalist society as it exists today is . . . the real source of the evil.” Capitalism results in “an oligarchy of private capital the enormous power of which cannot be effectively checked even by a democratically organized political society.” Einstein was “convinced there is only one way to eliminate these grave evils, namely through the establishment of a socialist economy, accompanied by an educational system which would be oriented toward social goals.” 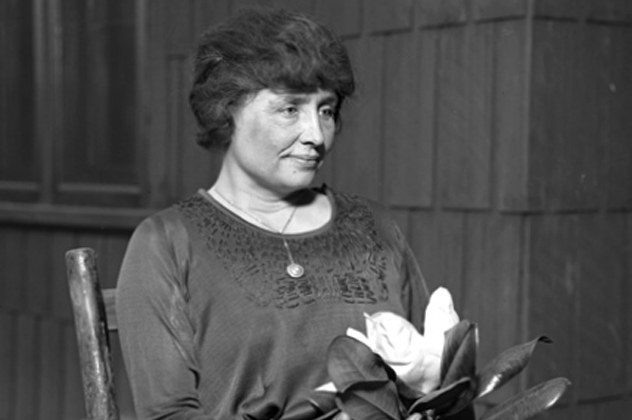 When we think of Helen Keller, we usually think of the story of how she was taught to communicate by her teacher, Anne Sullivan. In her adult life, she was also a socialist and a member of the Industrial Workers of the World. She campaigned against war, for women’s right to vote, for birth control, and for people with disabilities. She said that the “true task is to unite and organize all workers on an economic basis.” She didn’t “give a damn about semi-radicals” and was committed to “revolution.”

She believed that the American political system was rigged and said “Our democracy is but a name.” She thought voting was useless and that it only meant “that we choose between two bodies of real, though not avowed, autocrats . . . Tweedledum and Tweedledee.” She helped found the American Civil Liberties Union and supported Socialist Party candidate Eugene V. Debs in all of his presidential campaigns. 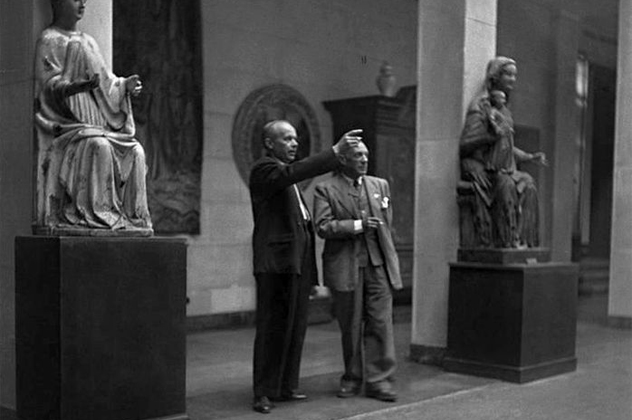 Pablo Picasso painted the famous Guernica, which shows the German bombing of that city during the Spanish Civil War. He co-founded the Cubist style of painting, which revolutionized art in Europe in the early 20th century. Much of his work is associated with antifascist and antiwar themes. He was also a lifelong member of the French Communist Party. He said, “I am a Communist and my painting is Communist painting.”

His first major political work was The Dream and Lie of Franco, which depicts the Spanish dictator Francisco Franco bringing ruin to Spain. These drawings were meant to help raise funds for the Spanish Republican government, which was fighting the fascist Franco. He was also opposed to American intervention in Korea and made a painting called Massacre in Korea which depicts a firing squad gunning down civilians. Although Picasso was a lifelong member of the Communist Party, his attitude toward the Soviet Union cooled after a period of time because the Party wasn’t satisfied with his portrait of Stalin. 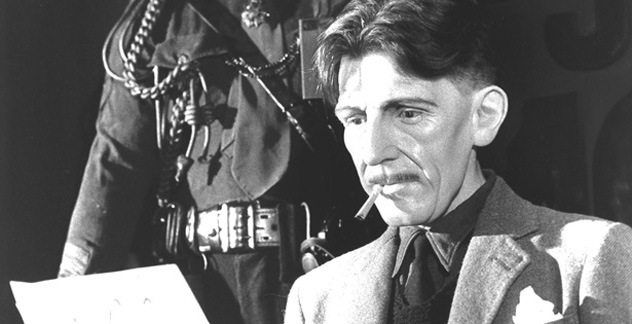 George Orwell is best known for his two books Animal Farm and 1984. They are allegorical denunciations of Soviet Russia. It is for this reason that the books are so often praised and taught in schools, but what is often left out is that Orwell was a socialist. He was opposed to the totalitarian variant of “socialism” of the Soviet Union, not socialism itself. Orwell believed that “the only regime which, in the long run, will dare to permit freedom of speech is a Socialist regime.” He believed that “One has got to be actively a Socialist, not merely sympathetic to Socialism.”

All of his books are actually in favor of socialism. Animal Farm and 1984 were written to point out how the Soviet Union was a perversion of socialism. He proclaimed that “Every line of serious work that I have written since 1936 has been written, directly or indirectly, against totalitarianism and for democratic socialism.” 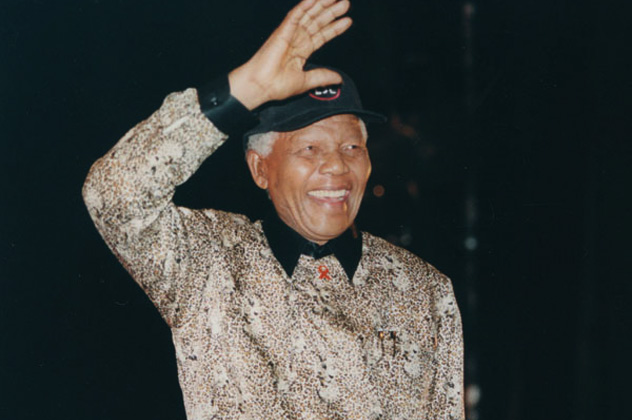 We associate Nelson Mandela with peaceful reconciliation and the anti-apartheid struggle, but he was also an advocate of violent resistance. In the speech he gave at his trial before being imprisoned, he tied himself “to no particular system of society other than of socialism.” He wanted to end all domination—both racial and capitalist. He was a member of the South African Communist Party’s central executive committee for a time.

Mandela is now universally praised, but at the time he was denounced by the same powerful institutions who are now pretending that they were on his side all along. The US government considered his political group, the African National Congress, one of the “world’s more notorious terrorist groups.” Mandela himself was on a terrorist watch list until 2008 and had to get special permission to travel to the US. It is quite possible that the CIA may have been involved in his arrest. 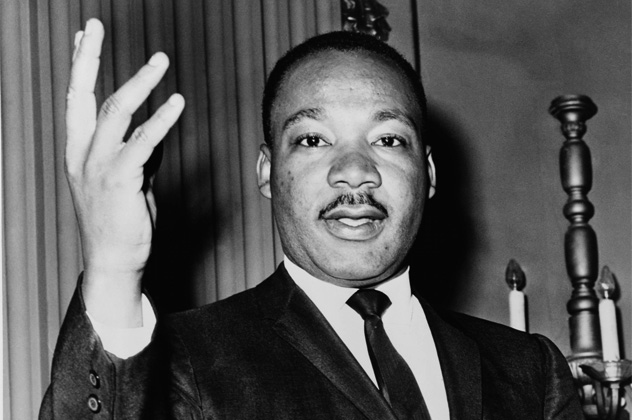 Martin Luther King Jr. has become universally revered and recognized for his civil rights activism. When we think of King today, we mostly think of his opposition to segregation. This ignores a more complete picture of King. In a letter to his future wife, Coretta Scott, King said that she must “already know that I am much more socialistic in my economic theory than capitalistic . . . It [capitalism] started out with a noble and high motive . . . but like most human systems it falls victim to the very thing it was revolting against. So today capitalism has outlived its usefulness.”

Before he was assassinated, King was organizing a “Poor People’s Campaign,” the goal of which was to form a huge group of the poor that would engage in civil disobedience at the Capitol until Congress did more to combat poverty in America.

Arthur Moore is a freelance writer.