Comets are among the most interesting celestial objects out there. Some are visible to the naked eye, and with their predictable orbits, we should always see them, provided we know where and when to look (unless they go missing). However, ancient civilizations did not have such knowledge. Comets were mysterious objects that were often considered good or bad omens—mostly bad.

Its not just the ancients who have linked comets to disasters, either. Historians, astronomers, and even regular people have blamed comets for causing some terrible event or another. Most of these connections are more superstitions and suggestions than facts. But then, the comets aren’t complaining.

10 The Death Of Mark Twain 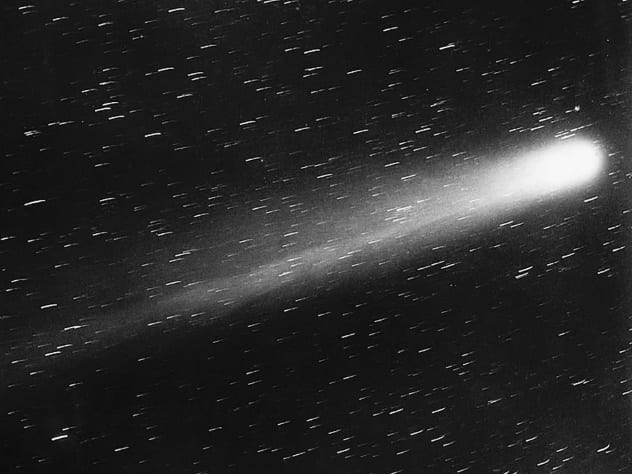 Halley’s Comet is one of the most famous comets out there. It returns at roughly 75-year intervals, and there are historical accounts of its sightings. However, ancient civilizations did not realize they were looking at the same comet until Edmund Halley concluded that the comets spotted in 1531, 1607, and 1682 were actually the same. He predicted it would return again in 1758.

The comet returned in 1758, but Halley was dead before then. The comet was named after him, anyway.[1] Halley’s Comet returned again in 1835, which was the same year that famous writer Mark Twain was born. Twain died on April 21, 1910, when Halley’s Comet was once again visible.

Mark Twain predicted his death and linked it to the passage of the comet. He remarked:

I came in with Halley’s comet in 1835. It is coming again next year, and I expect to go out with it. It will be the greatest disappointment of my life if I don’t go out with Halley’s comet. The Almighty has said, no doubt: “Now here are these two unaccountable freaks; they came in together, they must go out together.”

9 The Death Of Julius Caesar 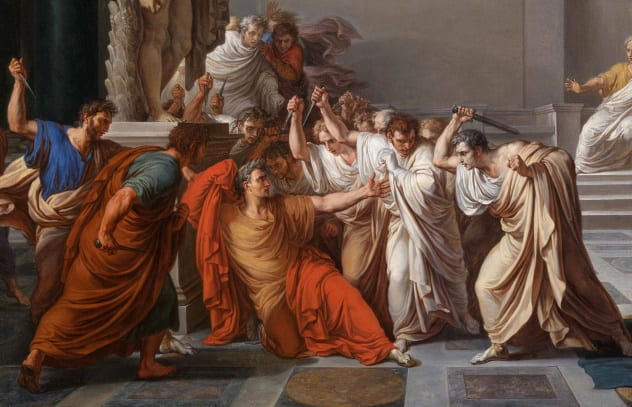 In March 44 BC, a group of Roman senators assassinated Julius Caesar over concerns that he would declare himself king. Four months later, a huge funerary festival, called Ludi Victoriae Caesaris, was held in his honor. A great comet appeared in the skies during the ceremonies and remained visible for seven days before disappearing. Today, we remember that comet as the Great Comet of 44 BC. Astronomers say it is one of the brightest comets to have ever appeared in the sky, and it was also recorded in ancient China.

The Romans did not consider the appearance of the comet a coincidence. They claimed it was actually the soul of Julius Caesar as he left the Earth to become a god in the skies. Unfortunately, it is unlikely that we will ever see the comet again. The Earth sped it up as it flew past and sent it out of our solar system.[2]

8 The Death Of Pope Urban IV 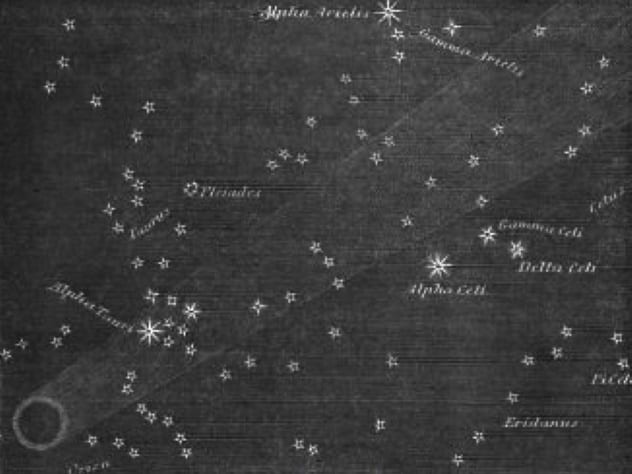 Another great comet soared past the Earth in 1264. Today, we call it C/1264 N1 or the Great Comet of 1264. It was very bright and remained visible for four months, starting in July. At the time, people already had some superstitions about comets, and seeing one was considered a forewarning of impending disaster.

This time, it was the death of Pope Urban IV, who is said to have become ill immediately after the comet was sighted that July. He died in October 1264, reportedly on the last day that the comet was visible.[3]

7 The Battle Of Hastings 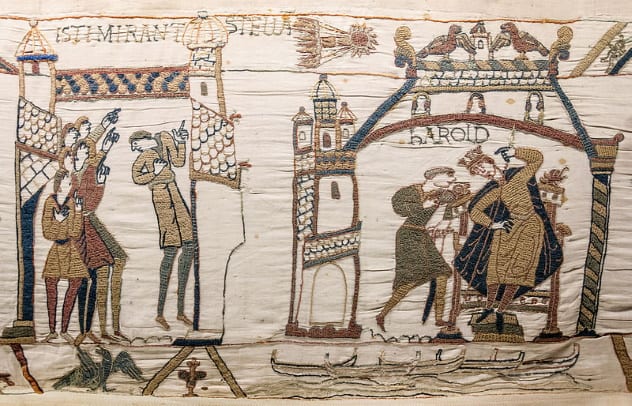 Halley’s Comet, which had appeared in April of that year, was linked to the battle. As we already mentioned, people of the day had not yet realized that the comet was a periodic one that came around every three quarters of a century. That year, Halley’s comet was so bright that it was four times the size of Venus and around 25 percent as bright as the Moon.

Astrologers in England suggested that the comet had something to do with an upcoming battle with the Normans. However, they could not determine if it was a good or bad omen. They discovered it was a bad omen when King Harold was killed.

However, what was bad for King Harold was good for William the Conqueror, who had also spotted the comet in France while traveling to England for the battle. He called it “a wonderful sign from heaven” and suggested it was evidence that he would win the war. He was right. 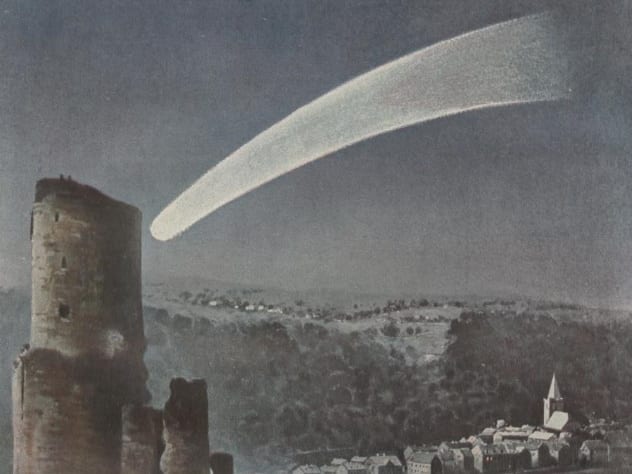 On October 20, 1811, Europeans and Americans watched in awe as a bright comet made its closest approach to the Earth. This was the Great Comet of 1811. The comet had showed up in March, even though no one was expecting to see one at the time. Some Americans became paranoid and suggested that it was an omen of some upcoming disaster.

That disaster came on December 16, when a great earthquake shook the Midwest and Southern United States. The earthquake was so intense that the Mississippi River temporarily flowed backwards. Americans soon linked the comet with the earthquake. They blamed it again when the US and England went to war the following year.

Americans weren’t the only ones to blame a random comet for causing a disaster. Napoleon Bonaparte sighted the comet in Europe, too. He considered it a good sign and evidence that he would be victorious in his planned invasion of Russia. Napoleon later realized that the comet was a bad omen after he suffered defeat at the hands of the Russians.

The comet favored other parts of Europe, though. Grape planters had a very good harvest, which they ascribed to the passage of the comet. They even called wines made from the grapes harvested that year Comet Wine.[5] 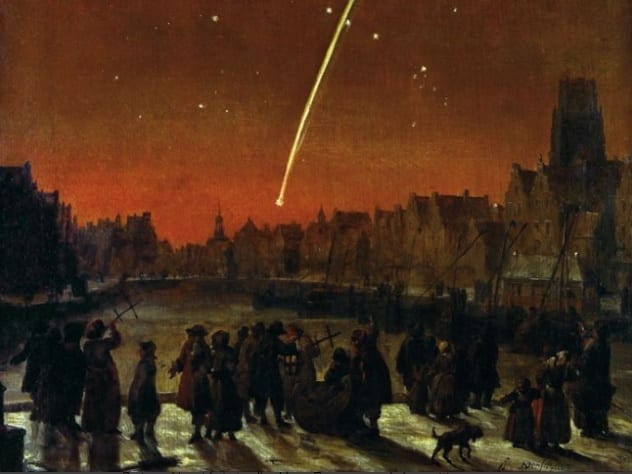 A bright comet passed the Earth in 1680. Predictably, it’s now called the Great Comet of 1680. This comet was of interest to several scientists, including Sir Isaac Newton, who used it to confirm a gravity theory he had proposed. In addition, Edmund Halley used it to determine the orbit of two dozen comets.

Mathematician William Whiston later studied the Great Comet of 1680 and concluded that it had made earlier flybys thousands of years beforehand. He said the comet strayed so close to Earth during one of those flybys that water from its tail fell to the surface. Whiston added that the gravitational force of the passing comet also forced water out of the Earth’s crust.

Whiston concluded that the massive rainfall from the comet’s tail and the huge amounts of water that reached the Earth’s surface from below caused the massive flood mentioned in the Bible, the same one that Noah built an ark to escape.

Historians believe Whiston proposed the theory in an attempt to merge science with religion. This was common among scientists of the day, who often tried to use science to explain miracles and other impossible religious events.[6] 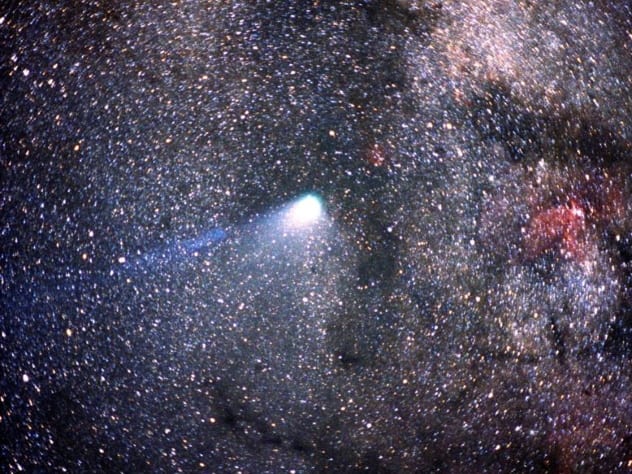 In AD 536, the Earth suddenly got cold. Scholars of the day wrote that the Sun was small and obscured, as if there was an eclipse. The Sun could not provide enough heat, causing temperatures to drop. It got so cold that the ground was covered in frost in the middle of summer.

Crops failed, causing famine, mass migration, disease, and plague. This continued for a decade until the Earth got warmer again. The Justinian Plague of 541–542 was one of the most disastrous events of the period. It decimated a good chunk of the population of the Byzantine Empire.

Astronomers do not know what caused the Earth to cool. They suspect the sudden eruption of a massive volcano in El Salvador.

Dallas Abbott, a geologist at Columbia University in New York, has blamed Halley’s Comet for the sudden fall in temperature. Abbott suggested that the comet lost some decent-sized fragments as it traveled through the inner solar system in 530. Those fragments eventually hit the Earth, ultimately causing temperatures to fall.

Abbott reached this conclusion after studying ice cores in Greenland. The ice cores date to around 536, the same year the Earth suddenly got cold. They also contained nickel and tin, which Abbott insists are from the comet, as well as microorganisms from tropical regions, which he surmises rained down after having been thrown high into the atmosphere by an impact event.

While Abbott’s theory is considered inconclusive, astronomers know that Halley’s Comet sheds matter when it hits the inner solar system. The comet may have shed a higher-than-usual amount of fragments in 530. The Earth crossed that matter over the course of the 530s.[7]

3 The Spanish Conquest Of The Inca Empire 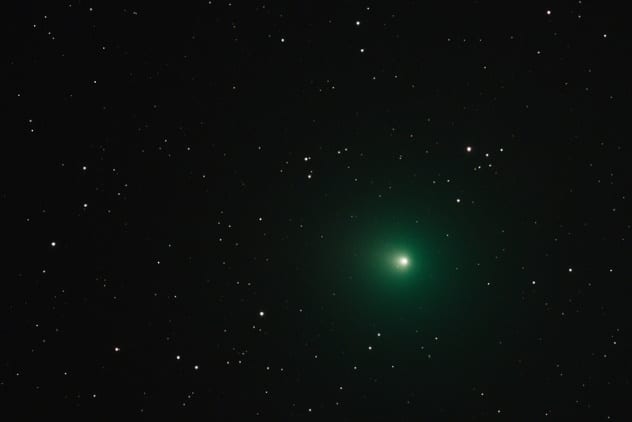 The Inca Empire was the largest empire to spring up in pre-Columbian America. It had millions of people and covered a vast area until the Spanish came along and overthrew the emperor. Huayna Capac was the Incan emperor at the time the Spaniards first arrived. He knew they were going to overthrow the empire based on several signs he had seen before their arrival. One was a large green comet that flew across the sky. The other was his home, which was destroyed by lightning.

There was also a prophecy that the Incas would be defeated by some strangers who looked different from any other people they had ever seen. The Spaniards did not attack at the time Huayna Capac was emperor, however. They left and returned after Huayna Capac had fallen to smallpox (which was nevertheless carried there by the Spanish).[8] 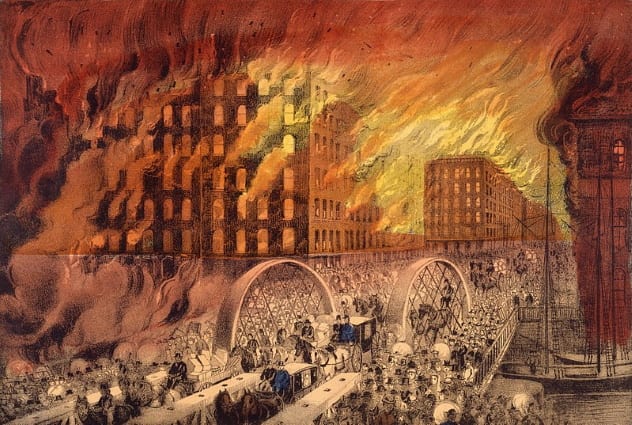 The Great Chicago Fire of 1871 remains one of the greatest mysteries of the 19th century. The fire lasted from October 8 to October 10, 1871, destroying one third of the homes in Chicago. One Mrs. O’Leary and her cow were blamed for starting the fire, even though there is no evidence to prove they were guilty.

Other speculations have been raised, including one that involves a comet. In 1883, Ignatius Donnelly claimed the gas from the tail of a passing comet fell to Earth and caused the spark that started the fire.[9] Donnelly’s claims were corroborated by Mel Waskin, who blamed a comet for starting the fire in his 1985 book Mrs. O’Leary’s Comet. Donnelly, Waskin, and everyone else who have blamed a comet for starting the fire based their theories on claims by some people who said they saw fire fall from the skies at the time the Great Chicago Fire started.

Those theories may actually be plausible, considering that Chicago was not the only place that burned that October. Similar fire outbreaks occurred along Lake Michigan and in Peshtigo, Wisconsin, the same day the Chicago fire started. The Peshtigo fire was actually the deadliest wildfire in US history, despite being overshadowed by the Chicago fire. 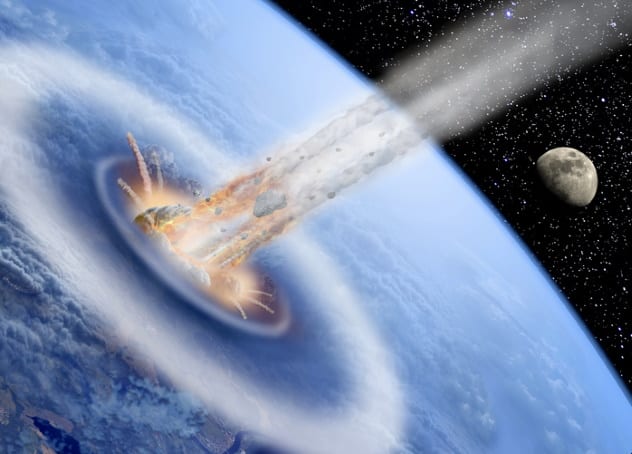 Historians call this cold period the Younger Dryas. They do not know what caused it, although they have a few suggestions. One of the suspects: a passing comet. Historians think the Younger Dryas started when a comet impacted the Earth.

The impact caused massive wildfires. The fires sent so much soot into the atmosphere that it blocked the heat from the Sun. This caused the Earth to cool, leading to the Younger Dryas. This is just a guess, though since there isn’t much evidence that it ever happened.

However, supporters of the theory cite platinum found in ice in Greenland and other evidence in Pennsylvania as indications that the impact did happen. There is also a carving on a temple pillar in Gobekli Tepe in Turkey that some interpret as depicting a comet breaking up in the atmosphere as it falls to Earth.[10]

Read more amazing facts about comets on 10 Amazing Things We Learned From The Comet We Conquered and 10 Lesser-Known Historic Comets.