Mythology is an amazing thing—within it there are endless amounts of stories and myths, and many have seeped into our common perception of culture. The best stories, however, are the treasures, the devices and gifts that men spend their lives searching for in the name of glory, honor, and adventure. Unfortunately, some of them end up dying at the hands of killer rabbits and black beasts (I’m looking at you King Arthur). So, in the name of all things glorious and rabbit-like, let’s tell the stories of 10 mythological treasures.

10The Mead Of Poetry
Norse Mythology 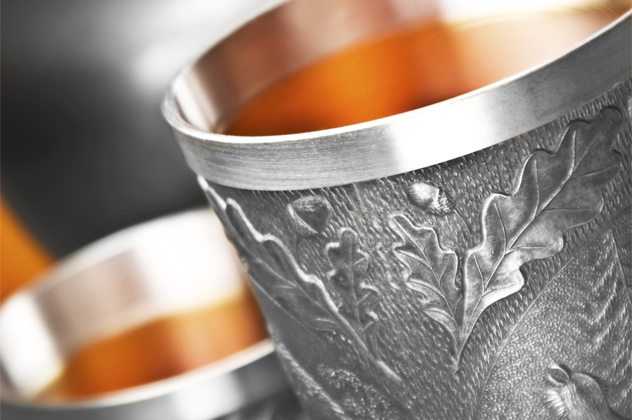 We all like a fine drink every now and then, but when you’re a god, you can’t just have any mortal liquor. The Norse pantheon has a very strange drink indeed—the Mead of Poetry. The story behind the mead goes that there was once a man named Kvasir, a human forged from divine spit who was the smartest man in the known world. One day, Kvasir was killed by two dwarves who, in their jealousy, made from his blood a fine mead that granted anyone who drank it Kvasir’s intelligence.

Eventually, the mead came into the ownership of the giant Suttung, who was tricked out of the mead by the king of the gods, Odin. Odin, on his journey back to Asgard, lost some of the mead (by regurgitation) from Asgard and it fell to Midgard, our world. Anyone who was touched by the mead became the terrible poets and scholars, while the greatest were the ones doused with the mead by Odin personally.

Dive into a world of gods and goddesses, unearthly powers and tragic tales of divine heartbreak with the critically acclaimed Mythology: Timeless Tales of Gods and Heroes at Amazon.com! 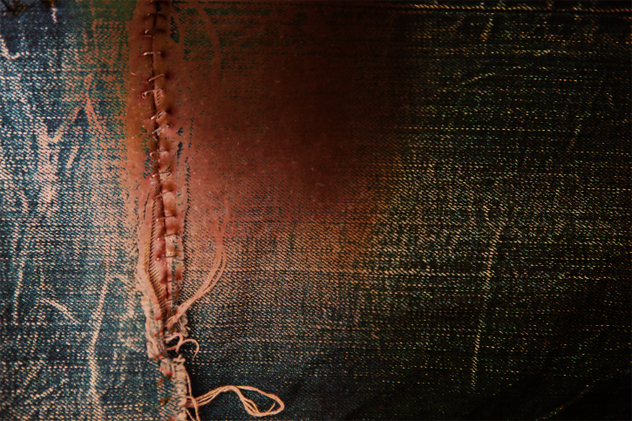 If you’re familiar with Icelandic mythology, you know that the Necropants are a weird tidbit of Icelandic folklore that tie into the country’s beliefs about witchcraft. To obtain this fine pair of legwear, you have to be a witch first. After that, you must obtain the permission of a man to get his flesh after he has passed from this realm. That’s when the real fun begins.

Once the man has died, you must take his corpse and flay the flesh from the waist down in one piece. As soon as you’ve managed that, you put on the skin-pants and then place a single coin stolen from a poor widow into the scrotum. The coin is to be accompanied by a magical seal, which will result in your new scrotum-wallet never running out of money so long as you never lose the original coin. 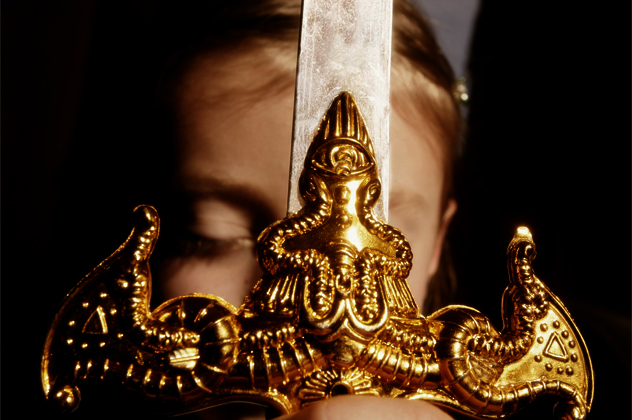 The first gift, which came from the city Falias, was the enigmatic Lia Fail, or the Stone of Destiny—a stone that would cry out under the throne of the true king of Ireland. The second artifact came from Gorias, and that gift was the powerful Sword of Light, an unbeatable sword whose story bears some similarities with Excalibur. From the city of Findias came the Spear of Lug, a mighty spear that would be a great gift to any warrior and would keep him safe on the battlefield. The last gift came from the city of Murias, a great cauldron from which no one left unsatisfied when it cooked meals. 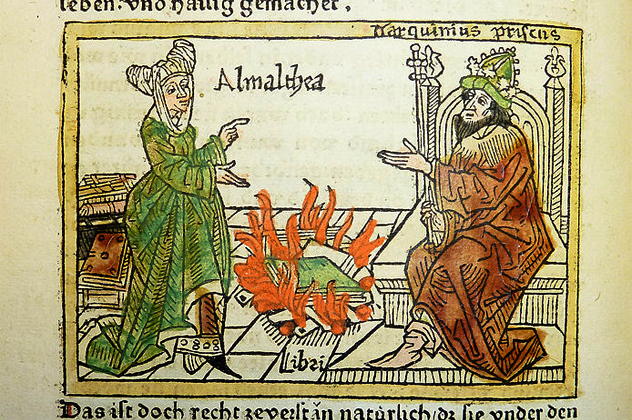 The concept of an oracle—someone with the divine sight that lets them see into the future—is a very old one that has roots in all mythologies. The most famous oracle is the Oracle of Delphi, but perhaps you might not have heard of the famous Roman oracular tomes known as the Sibylline Books. The legend of the Sibylline books starts as such—when Tarquinus Superbus was the head of Rome, a mysterious old woman tried to sell him nine rolls of prophecy. Tarquinus, being particularly stingy for a Roman emperor, declined and she then burned three of them. He then said no again to her offer of six, and she promptly burned three more and offered the final three at the exact same price as the original nine. Tarquinus, somehow thinking this was a good deal, finally bought them on advice from his augurs, or the Roman bird-priests.

Upon the scrolls were written prophecies to lead Rome throughout the ages, and all were written in Greek hexameter. Whenever Rome was in crisis, the Sibylline Books were consulted. So, where are these books now? Most of them were burned or lost as the ages went by. No one doubts that Rome was a little too trusting when it came to oracles, but perhaps these books had something else that made them special. 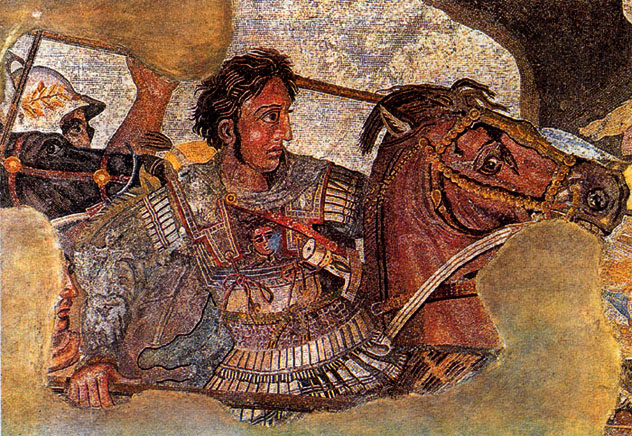 One of the most powerful works of the ancient Greeks is the Iliad, the story of the Trojan War. It is also one of the first recorded records of a mysterious artifact of godly origins known as the aegis. Most scholars are unsure of what the aegis actually was, but it is known that the item, in the hands of the gods, granted its owner protection from any blow or spear. The origins of the aegis are said to lie with Athena, the goddess of wisdom, who created the first aegis from the skin of a giant during the Gigantomachy, the great battle between the Olympians and the giants. When Medusa was slain by the hero Perseus, the Gorgon’s grotesque image was affixed to the aegis, making it a mighty weapon as well as a defense in the field of battle.

5The Axe Of Perun
Slavic Mythology 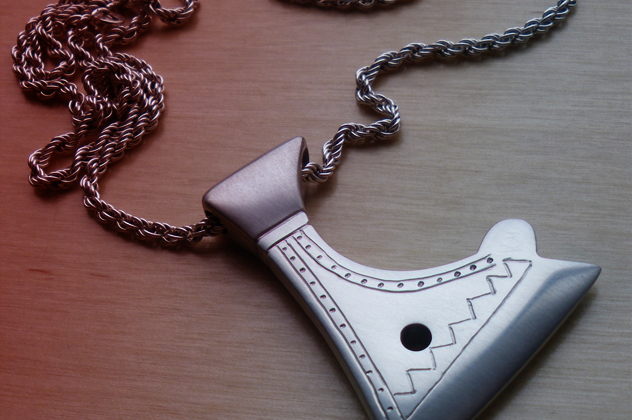 Before the arrival of Christianity, the Slavs had their own sets of myths and legends that are still fascinating to this day. The Slavic pantheon is led by Perun, the master of lightning and the king of the Slavic gods who is thought to be similar to the Norse Thor. Perun was seen as a god of justice as well, someone who knew right from wrong in ways no mortal could, and he had a weapon to match that knowledge—the Axe of Perun. Worshipers of Perun were known to wear miniature versions of his axes for good luck, but the great axe itself was supposed to be able to smite the wicked and be called back to Perun at his whim. With the arrival of Christianity, Perun was replaced by St. Elijah, whose duties were similar to that of Perun and who is still honored to this very day.

Discover more of the folklore and mythology of the Slavs when you buy Fairy Tales of the Russians and Other Slavs at Amazon.com! 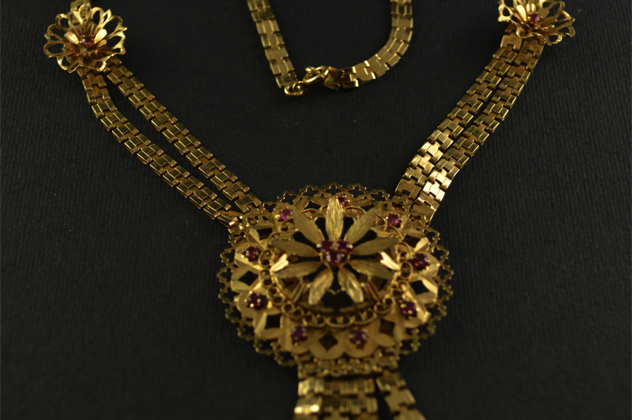 The Agimat, also known as the Anting-Anting, is probably one of the few mythological items you can own. The Agimat is a folk amulet from the Philippines that’s said to bestow mystical powers upon its wearer, and its power is said to be renewed on Good Friday. The Agimat is said to have a multitude of powers, ranging from invisibility to the ability to survive in the wild for days on end to freedom from all pain and danger.

The Agimat is such a pervasive belief in some regions that people who own the amulet will often attempt to injure themselves on Good Friday in order to test out their newfound “powers.” Some, however, say that the Agimat isn’t something that needs to be tested—the act of being a good person alone will save you so long as you hold it. 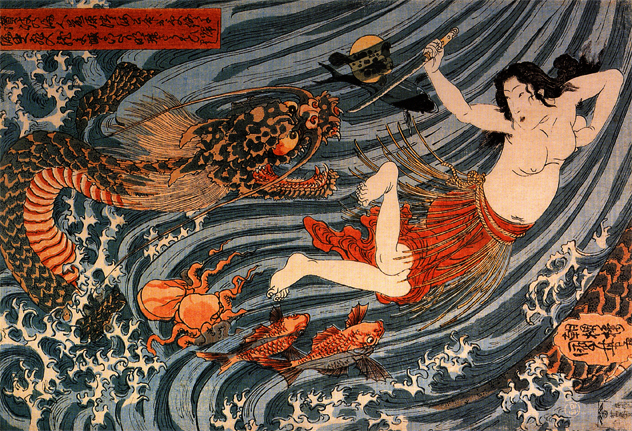 Legend says that the Empress of Japan, Jingu, once decided to take over Korea. To help her in her conquest, she sent one of her servants into the nether realms to talk to the Dragon King. She wanted the tide jewels, two relics forged by the Dragon King, which controlled the very seas themselves. He granted the Empress’s request and, with the aid of the relics, they took over Korea. When the invasion was over, she cast the jewels back into the sea, returning them to the Dragon King.

2The Eye Of Horus
Egyptian Mythology 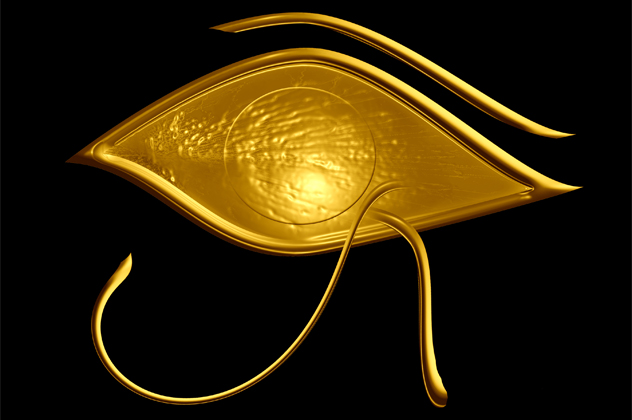 Probably one of the most famous Egyptian symbols, the Eye of Horus is mentioned in the Egyptian Book of the Dead and serves as an amulet of protection. It is often combined with the Eye of Ra, which, depending on the circumstance and context, is probably incorrect. The Eye of Horus was said to be a sign of godly power and royal right to the Egyptians, and the symbol was often used as a method of defining their rule and cementing the belief that they were, in fact, gods on Earth.

The Egyptians believed that the Eye of Horus would guide the pharaoh in the afterlife. Deceased rulers were often buried with a jeweled version of the eye, known as the wadjet, to make sure they were sent to the afterlife properly. In life, the pharaohs used the Eye as a powerful tool to channel the words of the gods. 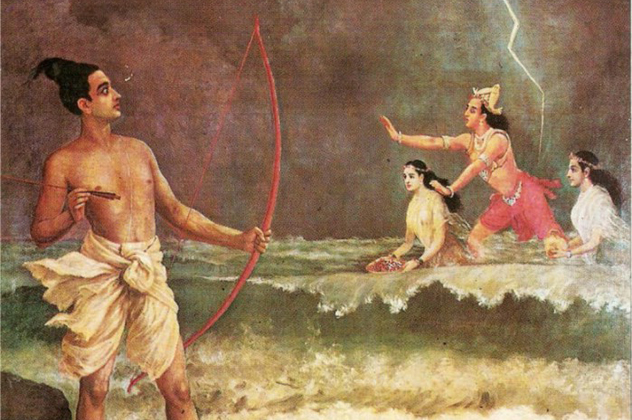 The Gandiva is a divine weapon of Hindu mythology, a symbol of the mastery and might of the gods. The Gandiva could be given to mortals for their piety and their devotion to their faith, or if they happened to be demigods of the Hindu pantheon. The Gandiva had the power to smite all evil in its path and was considered a tool for justice. The divine bow was said to be able to defeat 10,000 warriors at once and was only held in the hands of heroes.

The hero Arjuna, the son of a mortal woman and Indra, the god of war, is said to have been granted the Gandiva by Varuna, the god of water. He used it in battle and war to rule his kingdom wisely and justly. After many years, Arjuna passed on and his grandson became the ruler of his kingdom. On his way to heaven, Arjuna threw the Gandiva back into the sea in order to return it to Varuna, who dwelled in the waters of the world. A fair trade, we’d say.

Vlad Vekshtein is a struggling author trying to get his first novel published. He loves mythology and his all-time favorite movie about treasure and mythology will remain Monty Python and the Holy Grail.