Becoming a success isn’t easy. To make even the faintest mark on history, you have to be talented, determined, and willing to get out of bed before midday.

Or do you? Though we’re taught only the great and good ever make it to the top, the truth is that you don’t have to be intelligent, eloquent, or important to shake things up. In some cases, you don’t even need to exist.

10The Phantom Politician Who Became A Government Minister 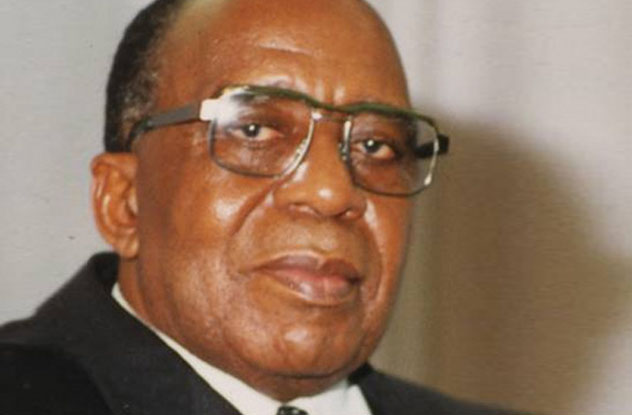 The year 2007 was a good year for Andre Kasongo Ilunga. At only 34, he’d risen from an obscure backwater town to become Minister of Foreign Trade in the Democratic Republic of Congo’s first democratically elected government. The prime minister himself had chosen him for the post, and he’d been called “the rising star of Congolese politics.” Understandably, it caused quite a stir when he turned out not to exist.

Before the first day of his job, Andre apparently sent Prime Minister Antoine Gizenga a resignation letter, but he didn’t go in person. Instead, his party leader Honorius Kisimba Ngoy handed it in, only to be told Andre’s resignation could only be tendered in person. At this point, it became clear that Ngoy had made him up as part of a plot to get himself elected to the cabinet.

Having been asked to provide two names from his party for one post, Ngoy decided he stood a better chance of getting it if he just invented the other guy. The plan backfired when the PM decided even a phantom could do the job better than Ngoy and appointed Andre instead.

History has no shortage of creative hoaxers. Read all about them in Hoax: Hitler’s Diaries, Lincoln’s Assassins, and Other Famous Frauds at Amazon.com!

9The Imaginary Man Who Created A Religion 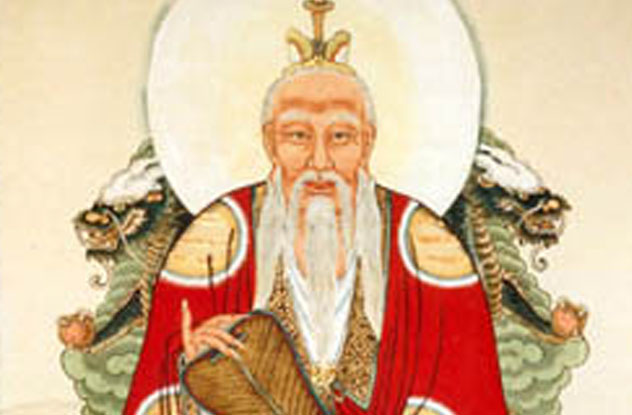 Not many people can claim to have started a globally recognized religion. Laozi is one of them. A Chinese philosopher who lived in the sixth century B.C., he allegedly grew fed up with the cruelty and decadence on display all around him and devoted his life to writing a book celebrating simplicity. That book became the founding text of a little religion known as Taoism, and the rest is history. Except for the part where the whole thing is a total myth.

Laozi’s book simply can’t have been written by a single hand. Though some of the sayings it contains date from his time, others date from many centuries later. There is also no reliable record of his existence. The main text on his life wasn’t written until about 500 years after he supposedly died, and even that is full of clearly apocryphal tales, such as his alleged meeting with Confucius.

None of this discredits the ideas behind Taoism. They were hugely influential, no matter their origin. In fact, they become even more impressive when you realize they were invented by a figment of someone’s imagination. 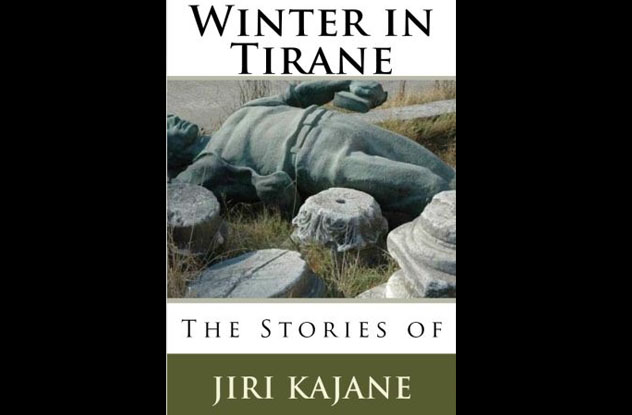 We’re going to go out on a limb here and say most people reading this can name (at most) one Albanian writer: Ismail Kadare. In the ’90s, though, another name made the rounds in literary circles for a while.

Jiri Kajane was hot property on the US literary scene. Serious journals were snapping up his stories, and prestigious publishing house Granta was considering giving him a book deal. His work appeared in places that frustrated Internet writers can only dream of, and reviewers were calling him “Albania’s second-greatest living writer”—until they found out Kajane was as fictitious as his characters.

Rather than documenting the banalities of Albanian life through the eyes of someone living it, it turned out the stories were documenting nothing more than two American guys’ impressions of what life in Albania was probably like. Amazingly, serious publishers had grabbed them without so much as verifying their author’s existence.

Kajane’s work is still available to buy today, although the publishers have wisely dropped the “second-greatest living writer” bit.

7The Imaginary Saint Who Inspired A Holiday 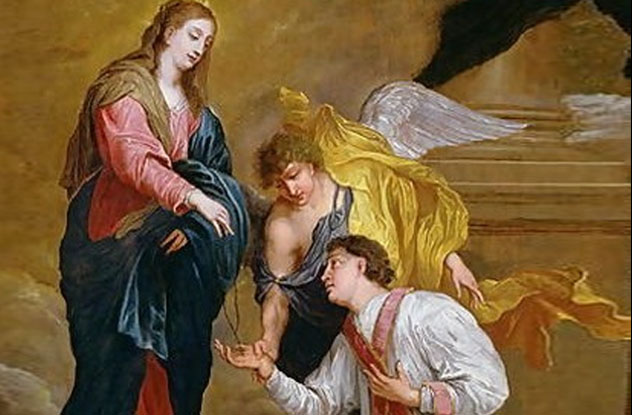 We’ve all heard of St. Valentine. The patron saint of kisses and tacky non-holidays has inspired plays, hymns, poems, and even a song by David Bowie. He’s one of Catholicism’s biggest names—and he’s about as real as Scooby Doo.

The standard story suggests at least three Valentines, and we foolish modern folk have forgotten which one we’re meant to be commemorating, but even this oft-repeated claim doesn’t bear much scrutiny. There are no contemporary accounts regarding any St. Valentine.

The first account appears roughly 300 years after the supposed man’s martyrdom and is so unreliable it might as well be written in bright blue crayon. As for his reputation as the patron saint of lovers, the earliest source we have on that is Chaucer, who almost certainly made it up for narrative convenience.

One school of thought holds that Pope Gelasius created the story out of thin air to give the Church a holiday to rival the popular pagan festival of Lupercalia. That story may not be true, but at the very least, it’s more grounded in reality than St. Valentine himself ever was.

6The Military Genius Who Never Was 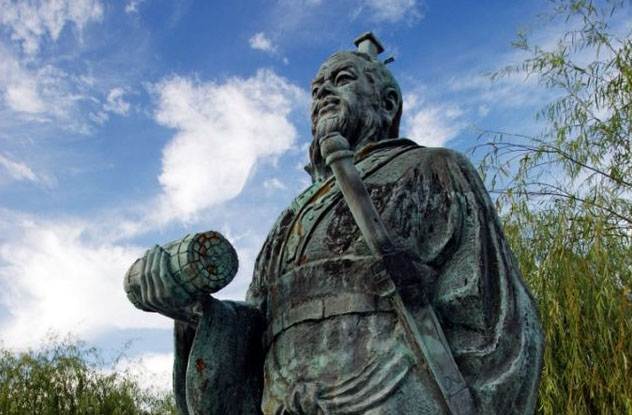 We’ve all heard of The Art of War. A military strategy book written by General Sun Tzu in Ancient China, it’s now chiefly known for being read by sociopathic middle managers and sports coaches. Since you’ve read this far, you can probably guess what’s coming next: There’s a very good chance that its author never existed.

According to many scholars, both ancient and modern, the writing style of The Art of War is completely inconsistent with the time in which it was supposedly written. As a further nail in Sun Tzu’s imaginary coffin, there are very, very few contemporary accounts that mention anyone matching his description and none that describe him as a military genius. In fact, the most thorough military history of the period fails to mention him at all.

5The Fictitious Student Who Helped Bring Down Communism 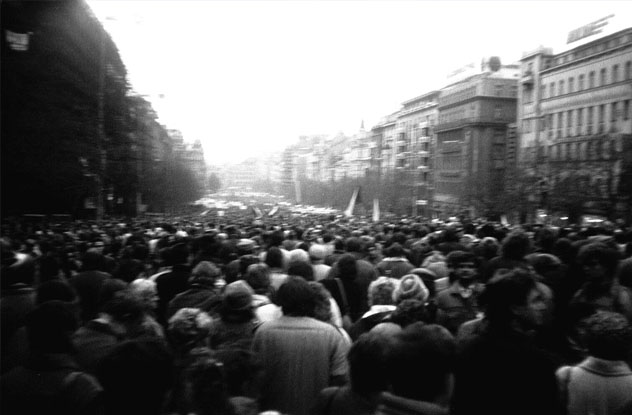 For the majority of citizens, this was the final straw. The story of poor Smid sparked the Velvet Revolution, overthrowing the old regime within days. It was only when the dust had settled and democracy had been restored that people realized there was no corpse, and there was no Smid, either.

The whole thing was a complete fabrication, dreamed up by a Czech activist and passed to the Western media by a normally reliable source. In the heated atmosphere of 1989, though, it had felt real—and that was all that mattered. Smid directly inspired around 10 million people to fight for their freedom when they needed it most. Without him, the end of communism in the former Czechoslovakia might have been far from quick or painless.

4The Phony Poet Who Inspired The Real Deal 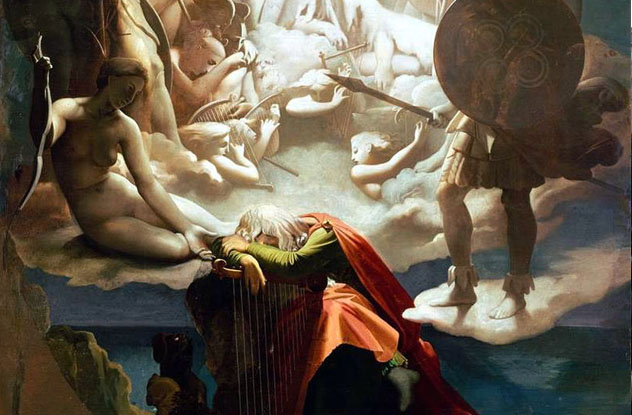 Allegedly discovered by James Macpherson in 1762, the poems of Celtic warrior Ossian were dated to the third century. In reality, they were simply bits of Irish ballads Macpherson had stitched together with extracts from Homer and Milton and passed off as genuine. Nonetheless, they were still very influential. They even directly inspired the Romantic Movement.

Even if you’re completely new to poetry, you’ll recognize the Romantics. Lord Byron, William Blake, William Wordsworth, and Samuel Coleridge all claimed to have been influenced by Ossian. On the Continent, Goethe basically invented German literature in homage to Ossian’s work. Elsewhere, Thomas Jefferson labeled him, with unknowing irony, “the greatest poet that ever existed.”

Sign up for a free sample of Amazon Prime at Amazon.com to get free shipping, thousands of movies on demand, and over a million songs!

3The Female Pope Who Sparked The Reformation 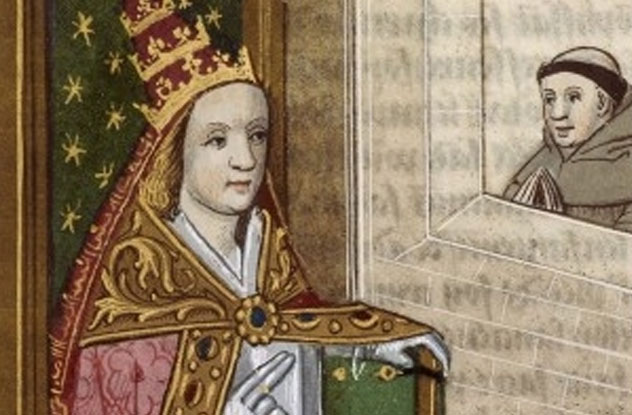 We’ve previously mentioned the myth of Pope Joan, the still-popular conspiracy theory that a woman seized the Papacy disguised as a man. It’s now accepted that Joan never existed, but that doesn’t mean she didn’t wield any influence. When the Reformation rolled round, the legendary Pope found herself turned into an absurd anti-Catholic propaganda weapon.

Between the 16th and 18th centuries, Protestant authors wrote tract after tract using the Pope Joan legend to trash their Catholic enemies. The whole of Europe managed to get sucked into the debate, contributing to the insane culture wars that were tearing apart the continent. As late as 1901, the legend was still being used in England to discredit papists and denounce Rome. It even surfaced again in 2005, thanks to an ABC special.

2The Fake King Who Inspired A Continent 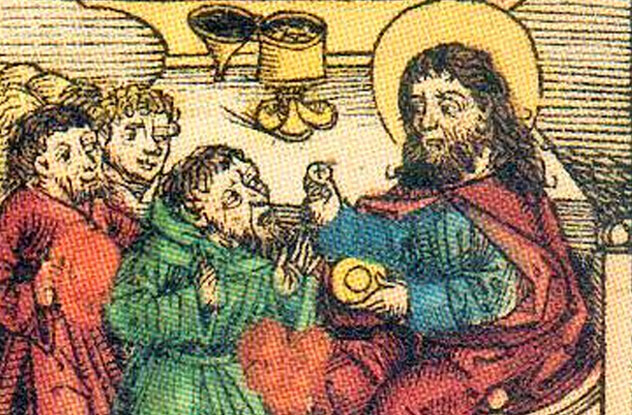 The world was a smaller place 700 years ago. The average human’s knowledge of the Earth was probably restricted to within a three-mile radius, so when you overheard rumors about an immortal Christian king ruling a lost paradise in distant lands, you didn’t dismiss them out of hand.

In 1145, Christian crusaders began to tell of a magical ruler named John who had soundly defeated their Islamic enemies. Convinced they’d found a potential ally, people began to look for him, and their search took European expansionism to a whole new level.

Today, it’s theorized that a whole host of important expeditions undertaken between the 12th and 18th centuries were directly inspired by the Prester John myth. Not only that, but it’s thought that the entire European mindset was profoundly influenced by his legend. If true, it could mean that this one non-existent king had a greater impact on the creation of modern Europe than any number of real ones.

1The Nonexistent Man Who Created Literature 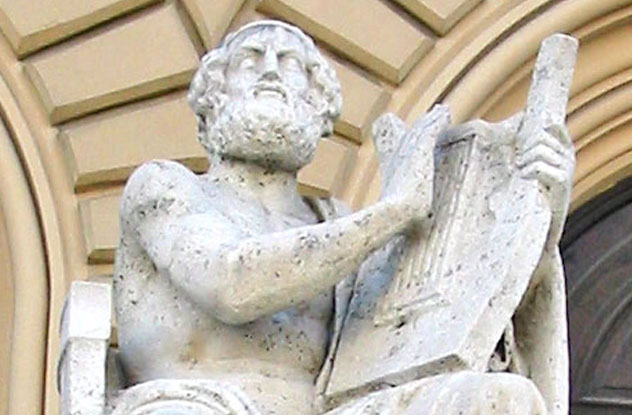 Homer was the towering giant of Greek culture. As the author of the Iliad and Odyssey, he managed to not only write two of the greatest books in existence but invent Western literature as well. Without him, we’d have nothing. Pick any book from your shelf, and provided you aren’t being a wise guy about it and choosing Gilgamesh, it wouldn’t exist without Homer. With that in mind, do you want to guess how likely his existence is?

That’s right: There’s almost no chance a historical Homer ever, ever existed. Instead, it’s likely that the texts were refined by dozens, if not hundreds, of different storytellers over several centuries. It’s even possible that his name was just a standard one added to texts considered notable, in deference to his legend.