10 Shocking Cases Of Babysitters From Hell

It can be challenging to find the right babysitter. The parents need to feel confident that this person can keep their child safe and happy. But not all babysitters are qualified, even if they’re family members. Unfortunately, the wrong choice can have tragic consequences.

With today’s technology, many parents are turning to online companies to find babysitters. They feel as though it’s a safe alternative because these companies perform background checks on the childcare providers. However, some predators still slip through the cracks, as was the case with Benjamin Evan Nelson.

The 27-year-old resident of Milwaukee, Wisconsin, placed an ad on Care.com offering childcare services. Care.com is considered to be a reputable company with 16.5 million members in 16 countries. They offer eldercare, childcare, pet care, and housekeeping services.

The parents who hired Nelson believed they could trust him with their children. They were wrong. Nelson was a sadistic child predator who was using the website to find his victims.

Another indictment was filed on August 7, 2015, regarding a third victim. This time, Nelson was charged with four counts of using a child in a display of sexually explicit conduct and one count of encouraging child abuse.

Care.com released a statement: “This is a highly disturbing matter, and our thoughts are with the family. We have been working with law enforcement, and since there is still an open investigation related to this individual, we will not comment further.”

In October 2015, 29-year-old Shalin Ren Payne of Sharpsburg, Georgia, was babysitting his fiancee’s children while she was at work. Payne, who was on parole for a burglary conviction, began chasing one of the children, a 12-year-old girl.

Fearing for her life, the young girl ran into the bathroom to hide. Payne kicked the door in, threw the girl to the ground, and sexually assaulted her while her four-year-old brother looked on. The children’s mother returned home from work to find Payne attacking her daughter.

To stop the sexual assault, the mother threw a glass dish at Payne’s head. He then began physically attacking the mother. After she called 911, Payne, wearing only a T-shirt, fled the residence. He was arrested after a short chase on foot.

Payne was taken to the hospital and treated for head lacerations. He was charged with rape, aggravated assault, sexual battery, child molestation, and sodomy.

8 Most Crazy Babysitters of All Time

On August 28, 2012, 43-year-old Michelle Heale was babysitting 14-month-old Mason Hess. According to Heale, the young boy began choking on applesauce. She tried to provide assistance, but the baby soon became limp.

He was taken to the hospital where he died four days later. After performing an autopsy, the medical examiner ruled the death a homicide caused by blunt cerebral trauma. The child also had a severed spine. Heale, the mother of twins, was charged with murder and endangering the welfare of a child.

During the trial, the prosecutors claimed that Heale shook the baby to death. Heale took the stand in her own defense and maintained her innocence. She testified that when the baby began choking, she hit him on the back. Then she quickly took him off her shoulder without supporting his head, which caused his head to snap back.

The jury did not believe Heale’s version of events and convicted her of manslaughter and child endangerment. During her sentencing hearing, Heale protested that the theory of shaken baby syndrome was flawed. The judge was unimpressed, stating that Heale was unwilling to accept responsibility for her actions. She was sentenced to 15 years in prison.

When Lakewood, Florida, resident Kristen Rhodes returned to work after having her son, Jaxon, she entrusted his care to her 20-year-old friend Adrianna Bradley, who was a stay-at-home mom to her own 10-month-old child.

On the afternoon of September 23, 2015, while the two babies were playing, eight-month-old Jaxon attempted to stand up but fell over and hit his head on the tile floor. Adrianna looked the child over and did not notice any injuries.

She put him in his playpen and went into the kitchen to prepare his bottle. When she came back into the room, she noticed that Jaxon was not breathing. She called 911 and performed CPR. Jaxon was rushed to the hospital, where he was pronounced dead.

An autopsy found two marks on the back of Jaxon’s head that were 5 centimeters (2 in) apart and 2.5 centimeters (1 in) long. The injuries were inconsistent with Adrianna’s story that the baby fell. The coroner determined that the cause of death was head trauma consistent with being shaken or thrown.

Bradley was arrested and charged with manslaughter and aggravated child abuse. As of February 2016, she is awaiting trial.

On the morning of November 20, 2015, Tim and Joanie Albers of Hamilton, Massachusetts, contacted police and reported that their two-year-old daughter, Lyndon, was missing. The couple had last seen their daughter when they checked on her in the middle of the night. When they awoke in the morning, she was gone.

A few hours later, Lyndon was found on the side of the road a few miles from her house. The little girl was naked and covered in dirt. Her head was shaved, and she had cigarette burns on her body. She was taken to the hospital and treated for her injuries.

Soon, police began to suspect 21-year-old Abigail Hanna. Hanna had babysat for the Albers once, but they had fired her immediately afterward. When police interviewed Hanna in her home, they found her behavior erratic, and she appeared to be nervous. She also had dirt under her fingernails and gave different stories as to how the dirt had gotten there.

Investigators also spoke with a tenant who lived with the Hanna family. She told them that Hanna often left the house in the middle of the night, had a history of stealing, and had suffered a miscarriage one month earlier. When police interviewed Abigail a second time, they found a bag of children’s clothing which contained a dirty pink jacket.

Hanna was charged with kidnapping, assault and battery with a dangerous weapon, assault and battery on a child, and breaking and entering. During the hearing, a court psychiatrist testified that Hanna had a history of suicide attempts and memory lapses and that she was experiencing several psychotic symptoms.

Hanna was sent for a 21-day psychiatric assessment. She was due back in court for a dangerousness hearing in December 2015 and was awaiting trial.

On the afternoon of June 9, 2015, 17-year-old Cody Feran-Baum, of Minneapolis, Minnesota, was babysitting his girlfriend’s daughter, two-year-old Sophia O’Neill, when she began to cry. After several attempts to get her to stop, Feran-Baum lost his patience and began kicking the little girl and stomping on her back.

Realizing what he had done, he took Sophia next door to borrow a phone. The neighbor called 911 and performed CPR on the child until paramedics arrived. Cody told first responders that Sophia had fallen in the tub.

The little girl was rushed to hospital where she later died. She had severe injuries, including rib fractures, liver damage, and a collapsed lung. Doctors noted that some of her injuries were fresh while others were beginning to heal, an indication that this was not the first time that Sophia had been abused. Her injuries were also inconsistent with a fall.

Eventually, Feran-Baum pled guilty to second-degree unintentional murder. Due to the especially heinous nature of the crime, the teen was sentenced as an adult, receiving 25 years in prison.

Zuri Whitehead was only two months old when her life was tragically cut short in February 2015. The baby’s mother, Trina Whitehead, had allowed her friend and the friend’s 11-year-old daughter to keep the girl overnight. That’s when the fatal events happened.

The mother and her daughter, whose names have not been released, were sitting on the couch with baby Zuri when the mother fell asleep. The daughter took Zuri upstairs and began savagely beating her. Then the 11-year-old brought the bloody baby downstairs and woke up her mother.

The woman called 911. Zuri was taken by helicopter to Rainbow Babies and Children’s Hospital in Cleveland, Ohio, where doctors tried desperately to save the little girl’s life. Sadly, Zuri died. She had suffered massive brain injuries and internal bleeding. Her kidney, liver, and spleen were also damaged.

Though the 11-year-old was charged with murder, a judge ruled her unfit to stand trial due to mental illness. She was removed from her mother’s custody and placed in the care of the Lake County Department of Job and Family Services. For her crime, the girl spent seven months in juvenile detention. At last report, she was awaiting a custody hearing to determine her future living arrangements. 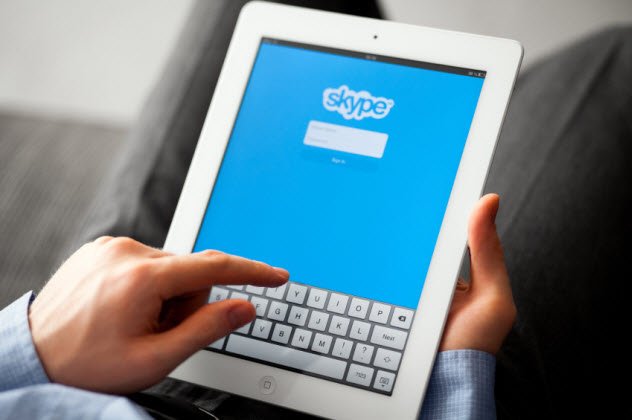 In November 2012, investigators obtained a search warrant for the home of Robert J. Ramos Jr. in Austin, Texas. During the search, police seized Ramos’s computer. They found evidence of child pornography and exploitation that incriminated Ramos and 33-year-old New Jersey babysitter Jennifer Mahoney.

Acting on that information, the FBI searched Mahoney’s residence. She confessed to performing oral sex on a five-year-old girl and streaming the assault online via Skype. She also recorded the video on her phone and emailed it to Ramos.

Mahoney pled guilty to one count of sexual exploitation of a child. She was sentenced to 30 years followed by lifetime supervised release, restricted contact with minors, computer monitoring, and registration on the sex offenders list.

On the evening of October 10, 2015, 26-year-old Katerra Lewis and her roommate, a mother of five, decided to go to a nightclub. Katerra left her one-year-old daughter, Kelci, in the care of her roommate’s children, who ranged in age from two to eight years old.

When little Kelci wouldn’t stop crying, one of the children, an unnamed eight-year-old boy, severely beat Kelci. Then he placed the baby in her crib and left the room. When the mothers returned home around 2:00 AM, they went to bed without checking on the children.

The next morning, Katerra found Kelci unresponsive in her crib. Due to severe head trauma and internal organ damage, her death was quickly ruled a homicide. Later, police stated that the death could have been averted if Katerra had checked on the baby when she got home.

Katerra was charged with manslaughter and is awaiting trial as of early 2016. The eight-year-old boy was charged with juvenile delinquency and will have his case heard in juvenile court. While the roommate has not been charged with a crime so far, her four other children were placed in the care of the state.

Texas resident Ashley Virginia Dack, 29, is a sadistic child predator who began babysitting to have easy access to children.

In October 2014, Dack sent messages to a friend bragging about her exploits with children. The friend saved the messages and immediately went to police.

Acting on that tip, investigators searched the homes of Dack and her boyfriend, 37-year-old Patrick Schuneman. Police found disturbing messages on Dack’s phone in which she and her boyfriend fantasized about kidnapping a young girl and sexually assaulting her.

Police also found photos of Dack inappropriately touching an 11-month-old baby. She texted those photos to Schuneman, who responded, “Thank you so much for my gift.”

Both were charged with super aggravated sexual assault of a child and sexual performance by a child under the age of 14. Dack was held on $350,000 bond. The judge ruled against bond for Schuneman.