Many of us have waited tables at some point in our lives. It is one of the few jobs that can be performed without formal training yet pays better than most other entry-level positions. We tend to look right through our waiters and waitresses, but behind the fake smile, there is a great deal of intrigue.

10Tipping Around The World

There are few issues more galvanizing than the decision of whether to tip your waiter. The debate is perhaps best crystallized in Quentin Tarantino’s Reservoir Dogs, when the character Mr. Pink goes on a rant about how tipping is out of control. In many parts of the world, including most of Asia, Australia, and several nations in Europe, tipping is not customary. In Japan, it is even seen as insulting. In the Americas, particularly in the United States, tipping is practically compulsory and makes up most of the server’s income.

This wasn’t always the case. Tipping only caught on in America in the years after the Civil War, when wealthy Americans traveling abroad to Europe adopted the custom. Surprisingly, it was frowned upon, as people deemed it a way for the aristocratic class to separate themselves from others. There was even an anti-tipping bill proposed in 1915 that would have made tipping illegal. In William Scott’s 1916 book The Itching Palm, he goes as far as to claim “Every tip given in the United States is a blow at our experiment in democracy. The custom announces to the world . . . that we do not believe practically that ‘all men are created equal.’” 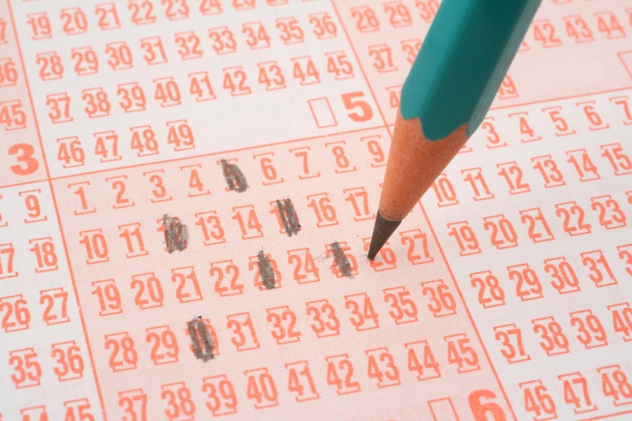 Servers tend to consider any tip in excess of 20 percent as very generous. But there have been some instances of truly shocking tips. Perhaps the most outlandish story of all happened in 1984, when waitress Phyllis Penzo was tipped with half share of a lottery ticket. Penzo worked at Sal’s Pizzeria in Yonkers, New York, and was waiting on regular Robert Cunningham, a police detective. Cunningham offered to tip her half of a lottery ticket. The two picked three numbers each, and on March 30, Cunningham walked to a store across the street to purchase the ticket. Unbelievably, the ticket won $6 million dollars. When Cunningham called Penzo the next morning to share the good news, she didn’t believe him at first. After all, it was April Fool’s Day.

The incident was dramatized in the Nicolas Cage romantic comedy It Could Happen To You. Strangely enough, Penzo wasn’t the only waitress that hit it big in such a fashion. In 2013, an Oregon bartender named Aurora Kephart was tipped with a lottery ticket that won her $17,500. 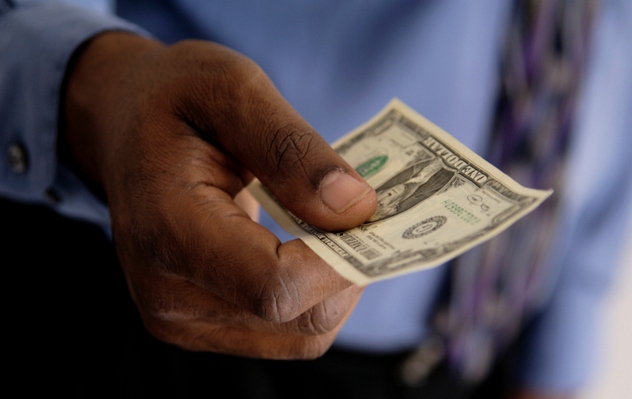 Few professions keep as exacting a gauge on demographics as servers. They all have their formulas: Men tip better than women, smokers better than non-smokers, dating couples better than teenagers. Not surprisingly, foreigners (to whom tipping is anathema) are among the worst tippers. Perhaps the most controversial divide is between races, with minorities generally tipping less than white people. Surprisingly, this is not mere opinion, but has been backed up by studies.

Cornell University Professor Michael Lynn has done numerous studies on the issue of race differences in tipping. His research corroborates the waiter stereotype that, on average, black people tip less than white people and are more likely to stiff a waiter entirely. Exactly why this is the case is up for debate. It may be a case of income disparity or simply not knowing the proper tipping protocol. There is also an issue of self-fulfilling prophecy—a waiter expecting a bad tip from African American patrons may provide lousy service, thus ensuring a bad tip, and so on. (Although Lynn’s study shows that black people tend to tip less even when they get comparable service.) According to Lynn, the problem runs much deeper than a few grumpy waiters, causing black people to eat out less frequently and even keeping restaurants from opening in predominantly African American communities. 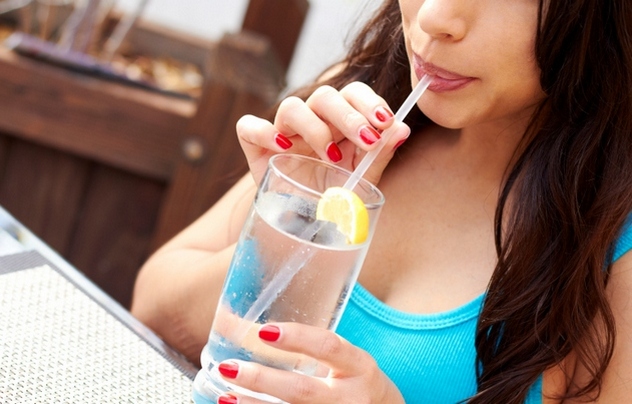 For a server, one of the more obnoxious things restaurant patrons can do is avoid paying for a drink, instead ordering water with lemon and using the sugar at the table to concoct a free beverage of their own. It requires the same amount of effort from the waiter, but can substantially lower the check. One restaurant chain feeling the pinch was the Olive Garden. To boost lagging beverage sales, they turned to The Coca-Cola Company for a strategy. In response, Coke developed the H2NO program, described as “a crew education kit containing information about beverage suggestive selling techniques (a technique used when a server suggests a profitable beverage in place of water to the customer during the ordering process).” Management held monthly training sessions for servers to refine their skills.

While the H2NO campaign was not exactly conducted in secret, Coca-Cola wasn’t counting on the negative publicity it would receive. Pages from the H2NO website were promptly removed when the company’s devious plans were reported by the New York Times in 2001. 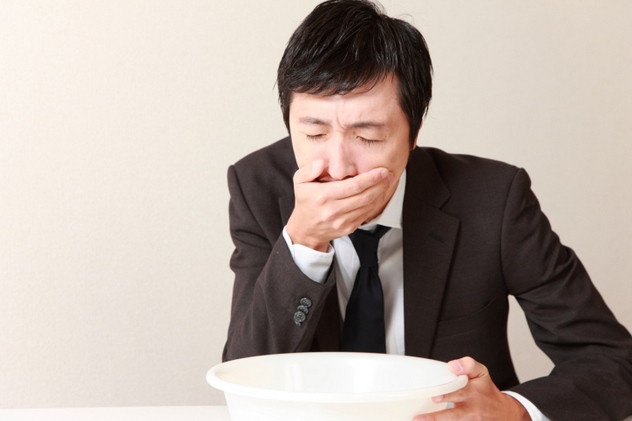 Leaving a bad tip in most establishments might earn you an eye roll or perhaps a few choice words muttered under the breath. Sending your steak back to the kitchen more than once might earn you a little saliva mixed into your mashed potatoes. But around a hundred years ago in Chicago, annoying a waiter could have had far more serious consequences. Scores of people became ill after attending restaurants. An investigation proved they were being slipped a drug called “antimony potassium tartrate,” a powerful emetic (a substance that induces vomiting) that can kill in a large enough dose.

The drug, which they called “Mickey Finn Powder,” was being manufactured and sold for 20 cents a packet at meetings of the Waiters’ Union. In June 1918, this ugly scheme came to an end when Chicago police arrested four people, and over 100 waiters were rounded up and taken into the custody of the state attorney’s office.

Hooters is the original “breastaurant,” an establishment frequented by Little League teams and lecherous businessmen who leer at the waitresses, scantily clad in orange hot pants and form-fitting shirts. While waiting tables at Hooters certainly has its downsides, servers tend to make significantly more than they would at other restaurants serving comparable food.

Unfortunately, the Hooters business model is saddled with one fatal flaw. To maintain its salacious atmosphere, the severs are required to be attractive young women. In the United States, this is a rather flagrant violation of the equal opportunity employment. Not surprisingly, men have taken advantage of this discriminatory policy to direct lawsuits at Hooters. In 1997, the company shelled out $3.75 million to several men in Illinois and Maryland after they were denied employment.

Hooters was again sued by Nikolai Grushevski when he was denied a job at a franchise in Corpus Christi, Texas. The company’s vice president of marketing argued “If we lose this go around, you can next expect hairy-legged guys in the Rockettes to line up and male models in the Sports Illustrated swimsuit issue.” However, the battle was in vain, as Hooters made a confidential settlement with Grushevski on April 13, 2009. 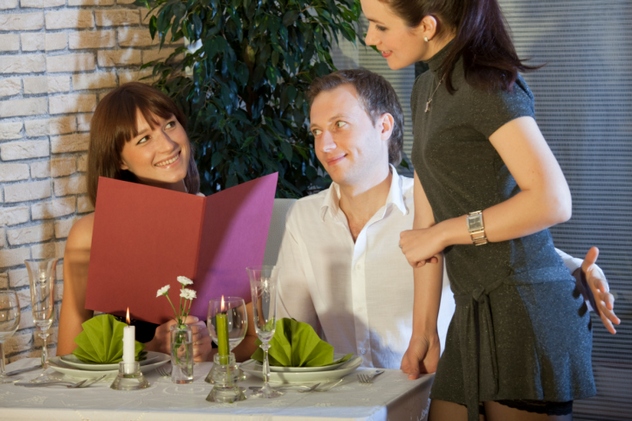 At places like Hooters, women are expected to be somewhat objectified and act flirty with customers, but things can get really ugly for waitresses. Gender inequality is a serious issue in every workplace, but it is particularly cutting in the restaurant industry. In the United States, approximately 70 percent of servers are female, and the deck is stacked against them in almost every conceivable way. While far more likely to wait tables than men, women make less money and tend to be employed by mid- to low-range restaurants rather than the upper echelon of fine dining establishments.

Worse still, the amount of sexual harassment these women are made to suffer is off the charts. According to the Equal Employment Opportunity Commission, women who worked in restaurants reported more than five times the sexual harassment compared to women working in other fields. One poll conducted by MSNBC in Louisiana indicated that 42 percent of female restaurant employees have been sexually harassed during their careers. 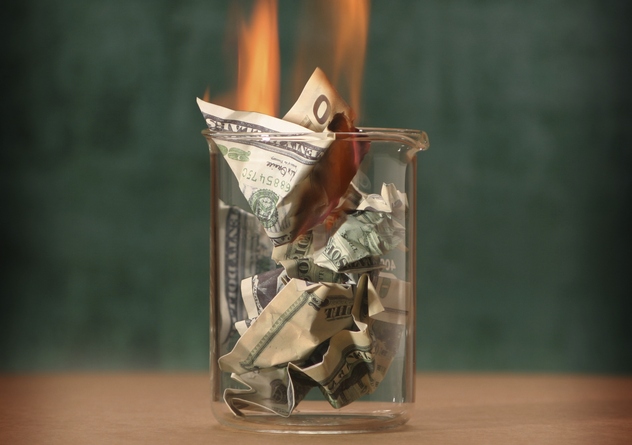 Countries where tipping is not customary may be on to something. Restaurants that have banned the process and instead incorporated gratuities into the total price of the meal have reported better sales and service. There are a few reasons for this, which might not be so obvious. The most important is that most people tend to tip the same amount no matter what. Thus, to make money, waiters just try to take on as many customers as they possibly can, which obviously lessens their effectiveness. In the case of truly bad service, the only way to “punish” a waiter is to leave a bad tip, which might annoy him, but will not indicate to management that they may have a troublesome employee on their hands.

Banning tips has other benefits as well. Waiters no longer have any reason to behave in a discriminatory fashion toward any set of customers. It also tends to improve a waiter’s relationship with the other staff members of the restaurant—employees like cooks, dishwashers, and busboys, who typically do the lion’s share of the work for a fraction of the pay. This, in turn, increases the quality of the food and the dining experience in general.

Maintaining a good waitstaff can be quite a challenge for restaurants, which typically operate on razor-thin margins. One waitress’s bad day could potentially cost a business thousands of dollars. However, there are alternatives to human waiters. Dalu, a restaurant in China’s Shandong province, gets around the problem by using a retinue of a dozen serving robots. The bots ride around the restaurant on bicycles, carrying platters of food. They have motion detectors that allow them to stop when a person approaches to take their meal. Dalu even features a robot hostess that stands at the front door, fluttering her eyelashes and speaking to the customers in dulcet tones.

If you feel that robots would make the dining experience too impersonal, you could go to Kayabukiya Tavern in Utsunomiya, Japan. Here, a pair of macaques named Yat-chan and Fuku-chan bring drinks to customers. Unlike the robots, the monkeys expect tips. Customers are given boiled soy beans to reward the macaques for their efforts. 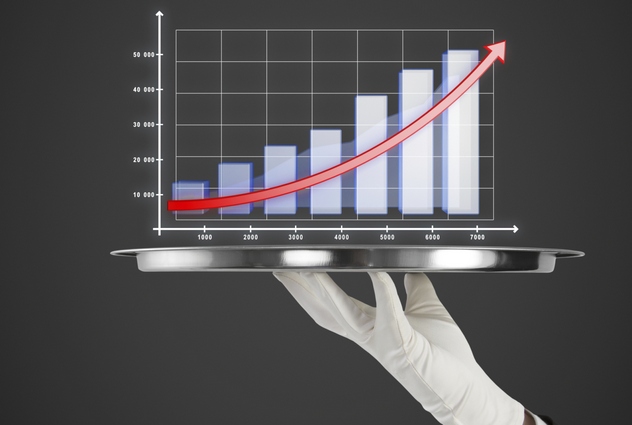 For those Hollywood stars unlucky enough to have been born into some storied acting legacy, the first stepping stone on the road to greatness often tends to be waiting tables. It’s a running gag on CBS’s hit sitcom The Big Bang Theory that the character Penny has been trying to make it big for years while working at The Cheesecake Factory to make ends meet. It might be nice to have a beautiful young waitress bringing you your meatloaf, but some experts say the prettier she is, the worse off the economy. This is jokingly referred to as the “Hot Waitress Economic Index.”

The index might seem preposterous at first glance, but it makes a lot of sense. Waiting tables might pay the bills, but it isn’t the most lucrative or glamorous job out there. In times of great financial prosperity, beautiful women have better options available than waiting tables; they can work as models or actresses, or promote products. When times are tough, these upper-echelon positions no longer exist, and even the most gorgeous people are forced to take jobs as waiters just to get by.