Earth science is an umbrella term for the disciplines studying our world. They include geology, meteorology, and oceanography, to name a few.

Within these fields, researchers recently found things that should not be there, processes that work when they should not, and an epic global event that everyone missed. From NASA confusing mud to a time when Earth’s geology inexplicably quit, one can understand why scientists love taking samples of dirt. 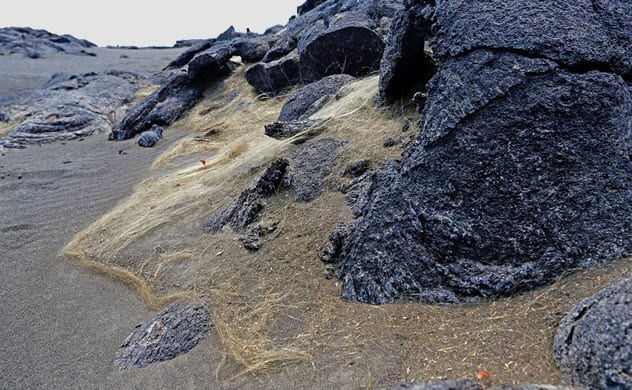 The 2018 eruption of Kilauea volcano in Hawaii had a beautiful side effect. Sprouting from the volcano were strands so thin and golden that they resembled hair. Indeed, the phenomenon is called “Pele’s hair.”

Named for the Hawaiian goddess of volcanoes and fire, the filaments are made of glass. They can be very dangerous. The ultrathin yarns often hitch a ride on the wind and end up in the drinking supplies of people and nearby cattle ranches.

Each stick also has a sharp point that can damage the soft tissues when picked up or swallowed. Contact with the strands also causes irritation and inflammation.[1]

Pele’s hair forms when gas bubbles rise to the surface of lava and pop. The power of the burst flings the bubble’s skin through the air and stretches it in the process. The drawn-out bubble then turns into a glass filament. For all their grumpy characteristics, the golden strands cluster together in drifts that are several feet thick and the result is usually gorgeous. 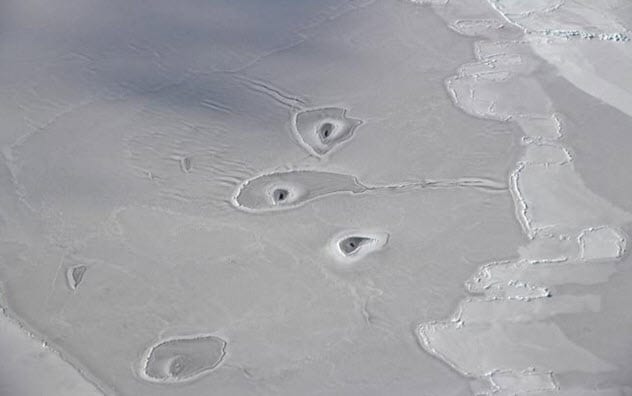 Every year, NASA flies over both polar regions in Operation IceBridge to measure changes in the ice. The crew that flew in 2018 found something that had never been seen before. While traveling over the eastern Beaufort Sea, they found holes in a thin layer of sea ice.

Seals often break through the ice to breathe or pull themselves onto its surface. Some scientists thought this was the case but changed their minds once they realized that the craters were too huge. The suggestion of a fragmented meteor strike also fell apart. Pieces of a meteor would have left the holes more widely dispersed.

Another sensible theory suggested that the warming Arctic water might have caused hot upwelling, but now the holes were too small. One hypothesis still sticks—that of whales punching breathing holes—but the phenomenon still lacks a detailed explanation.[2] 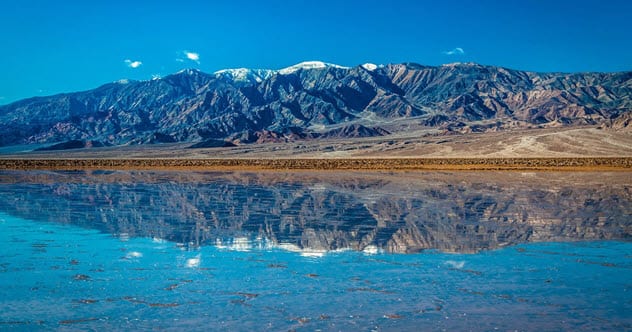 The hottest place on the planet is aptly named Death Valley. This cork-dry desert stretches through Southern California inside the Death Valley National Park. Each year’s rainfall barely tops 5 centimeters (2 in), and temperatures as high as 57 degrees Celsius (134 °F) leave little moisture anywhere.

In 2019, something unusual showed up. A massive lake appeared near Salt Creek. Estimated to be around 16 kilometers (10 mi) long, the lake popped up after a storm. The rain spell was no deluge. It only sprinkled around 2.13 centimeters (0.84 in) of rain throughout the park. This is low compared to the rest of the country’s rainfall.

But Death Valley is the perfect place for a pop-up lake. The desert’s soil is so parched and compact that it cannot absorb water very well. This is the reason why a relatively mild storm could deposit a lake in the hottest spot in the world.[3] 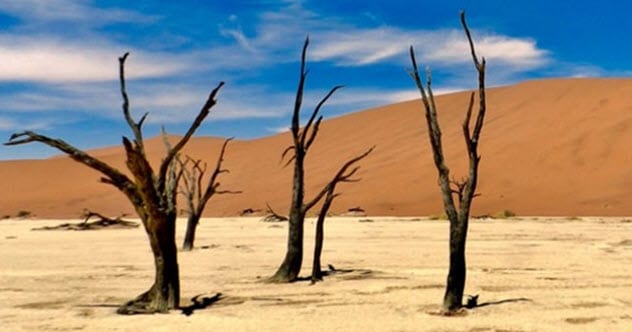 Around 300 million years ago, southern Africa looked very different. For example, Namibia was a vast glacial landscape, a far cry from the volcanic desert of today. One of its best-known features is steep hills called drumlins.

In 2019, researchers explored northern Namibia. They noticed telltale signs that the drumlins were not just hills but the remnants of an ice stream. The latter is a river that transports ice from the center of a glacier to its edge.

After analyzing the landscape’s shape and finding deep grooves in the rock, it became clear that a glacier once had a major artery in the area. In fact, this stream was so huge that it rivaled the major ice rivers of Antarctica today. It drained southern Africa’s ice cap, flowing 200 kilometers (124 mi) before emptying into a small sea.[4] 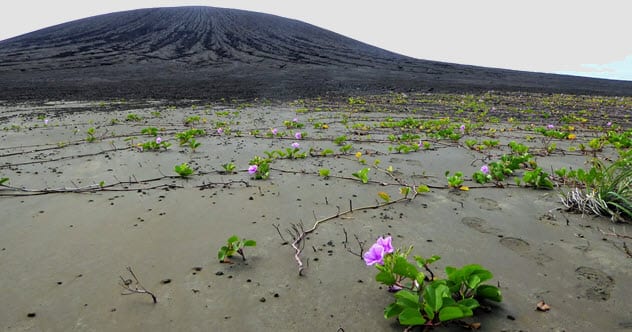 In 2015, a submarine volcano pushed a new island to the surface. It breached near Tonga and was never named. NASA scientists landed in 2018 and discovered that they were not the first life to emerge there. They encountered plants, a barn owl, and sooty terns nesting everywhere.

The researchers were eager to explore what was only the third island to be born—and to last more than a few months—in the last 150 years. The nameless patch gave the team an opportunity to study how animals and plants colonize virgin territory. Instead, they encountered mud that defied explanation.

Satellite photos had previously picked up on the light-colored material, which could not be identified. Once on the ground, it turned out to be a claylike mud. The stuff was exceptionally sticky, all over the island, and lacked any clear origins.[5]

The inexplicable goop was not the only surprise. Satellite imagery also showed what looked like dark sandy beaches. But when researchers arrived, the “sand” was pea-sized rocks that painfully bit into their shoes. 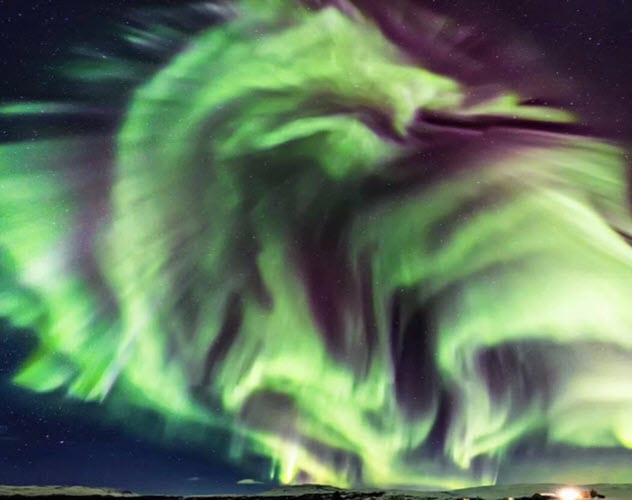 Earth’s spectacular auroras start with the Sun. When its magnetic field lines knot and burst, they create sunspots. In turn, the sunspots release charged particles. These particles hitch a ride on solar wind out into space.

If such an energy storm hits Earth, the particles collide with the planet’s magnetic field and zip through the atmosphere until they reach the poles. The breathtaking ribbons of light are the result of the solar particles interacting with atmospheric molecules from elements such as nitrogen and oxygen.

Early in 2019, Iceland lit up with an aurora that resembled a massive green dragon. Apart from the whimsical connection to a mythological beast, the light show confused NASA scientists. Breaking all the rules of how an aurora should form, the dragon appeared during a sunspot-free time. Even though there were no particles or stellar storm, the fantastic aurora remained for days.[6] 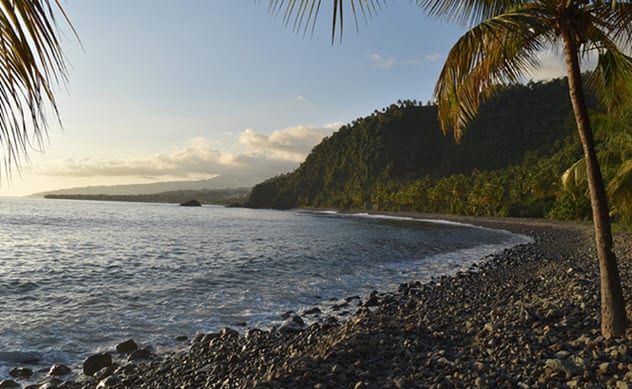 The island of Anjouan is located between Madagascar and Africa’s east coast. As the entire island was spewed out by a volcano, all of Anjouan’s rocks should be basalt. In recent years, geologists wrung their hands over a mystery. The tropical island also had quartzite rocks. As in, everywhere.

That might sound normal, but it could not be more impossible. Volcanoes cannot produce quartzite, and the mineral should never be on a volcanic island. Anjouan goes against everything geology knows. The sheer number of the rocks, which were lighter colored than the dark basalt, deepened the mystery.

Then locals lent a hand and mentioned that quartzite streaked all the way up the island’s mountains. Researchers followed the trail and found the mother lode. It was a hill-sized area and the biggest clue.

The massive chunk suggested that a quartzite piece broke off Earth’s supercontinent when it separated millions of years ago. It sank to the ocean floor and got pushed back up when a volcanic ridge shoved Anjouan into existence about four million years ago.[7] 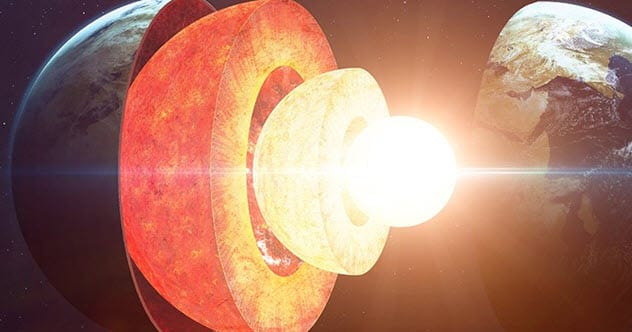 Our planet is a noisy bug. It creaks and groans with geological processes. However, within the Palaeoproterozoic era (2.2 and 2.3 billion years ago), Earth went mysteriously quiet.

Some scientists believed that this lull never happened. But in 2018, a study gave more evidence that the globe’s geology went silent. Researchers examined rocks from China, Northern Canada, Western Australia, and Southern Africa.

The samples unanimously supported the suggestion that rock-forming processes went on holiday during the Palaeoproterozoic. For about 100 million years, Earth stayed dormant. The study showed that fewer volcanoes erupted, tectonic plates hardly moved, and sedimentation slowed down.[8]

Back in the day, Earth’s innards were exceptionally hot and caused a lot of volcanic activity. Nobody knows why it stopped—or why it restarted. When it did, volcanoes flared up and the continental crust’s composition changed and fractured into smaller pieces.

Whatever happened, the new activity changed tectonic formation and movement away from their ancient ways to the way they behave today. 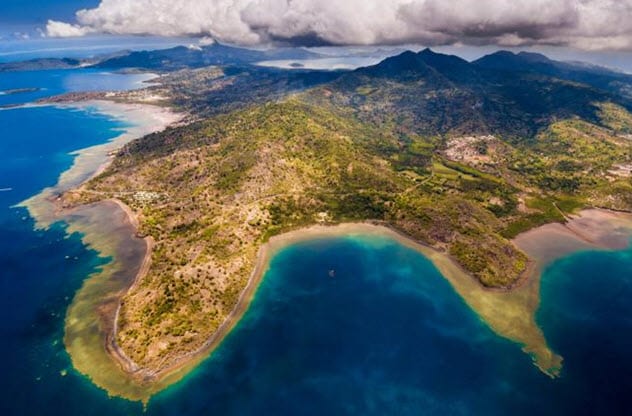 In 2018, strange waves rippled across the planet. They rang Earth like a bell for more than 20 minutes, but scientists did not notice. If it were not for a civilian watching a live seismograph feed, this mystery might have gone unnoticed.

The waves began on November 11, close to the island of Mayotte, which is near Madagascar. They triggered equipment across several African countries and then traveled the seas to ping sensors in New Zealand, Chile, Canada, and Hawaii.

Seismologists have never seen anything like it. At least, the waves were identified as a type that usually follow after main and secondary waves first ripple away from an undersea eruption. Based on the strength of the Mayotte waves, a magnitude-5 eruption should have occurred on November 11. But it never did.

Additionally, earthquakes release waves with several frequencies. The Mayotte waves had one signal, and bizarrely, it repeated every 17 seconds. Despite complex theories about quiet earthquakes and collapsing magma chambers, the global ring remains unanswered.[9] 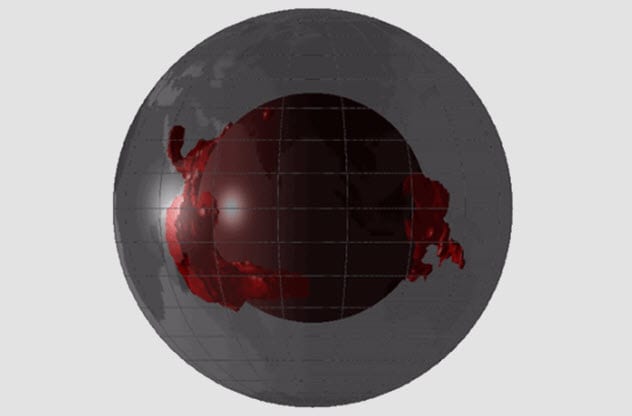 Deep inside Earth is a mystery that nobody understands. Thousands of miles below the surface are two of the planet’s biggest structures. Their technical name is “large low-shear-velocity provinces,” which is perhaps why scientists just prefer to call them “the blobs.”

One hangs around deep under Africa, and the other is far below the Pacific Ocean. Geophysicists first detected the anomalies in the 1970s, but they remain poorly understood. Their age, creation, and purpose are complete mysteries. Scholars have also failed to reach a consensus over their density and influence on geological processes.[10]

However, few disagree that the structures are epic. The blobs are hot pressurized rock reaching 100 times higher than Mount Everest. One description put the scale into perspective: If they stood on the surface of the planet, the International Space Station would have to change course to avoid hitting them.

Read more weird Earth facts on 10 Absolutely Mind-Bending Facts About Our Earth and 10 Things You May Not Have Known About The Center Of The Earth.