There’s much we still don’t know about history. From the life of Thomas Kyd to the secrets of the Olmec people, plenty of events have shaped the world without ever being recorded.

Then there are those events that we think we know, which we may actually be mistaken about. The following theories may not definitely be true, but they all raise the possibility that we’ve been picturing our past completely wrong.

10The Library At Alexandria
Destroyed By Budget Cuts? 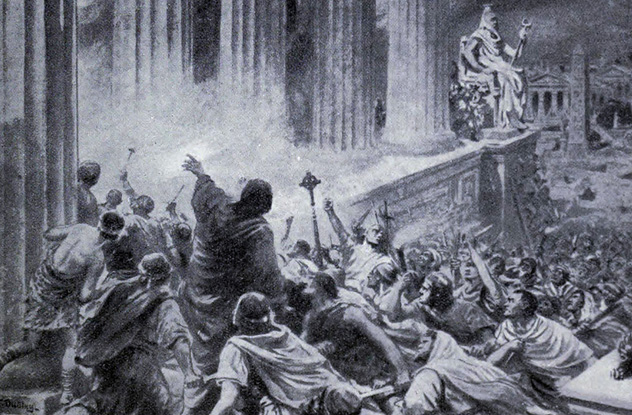 The fate of the Library at Alexandria is a powerful symbol for the triumph of barbarianism over civilization. The greatest repository of information in the known world, the library was burned to the ground by Julius Caesar in 48 B.C. Alternatively, some think that it fell at the hands of Caliph Umar in A.D. 640, although this is much less likely. Both theories say that the library did burn. But did it?

Although the Library undoubtedly suffered damage over the centuries, another school of thought suggests that it was destroyed by budget cuts. The theory goes that the “40,000 lost scrolls” were actually stored in a separate warehouse that the emperor torched.

The real end for the Library came when Marcus Aurelius Antoninus suspended its revenues in the second century and expelled all foreign scholars. At the same time, its invaluable Greek scrolls were lent out to distant centers of learning and replaced with drab texts reflecting the religious values of the time.

With few scholars left to read the scrolls, and nothing much worth reading anyway, the Library fell into decay and decline before finally petering out altogether. 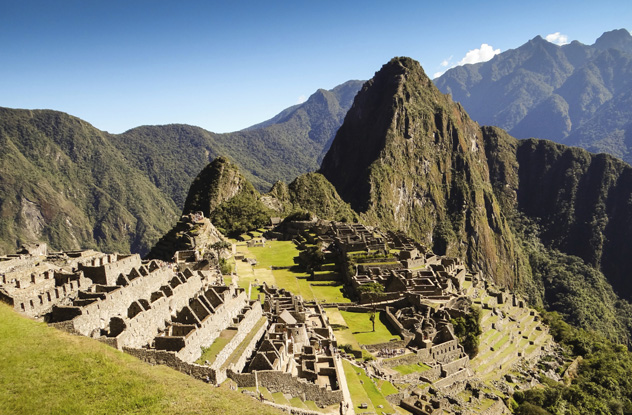 Machu Picchu is the most iconic site in South America. Every year, millions flock to visit the ruined Incan complex stranded far up in the Andes. Yet there’s a good chance that all they’re really seeing is some rich guy’s hunting lodge.

When American historian Hiram Bingham first reached Machu Picchu in 1911, National Geographic responded with a gigantic story about the fabled “lost city.” As the discovery captured the public’s imagination, the label stuck, and many assumed that Machu Picchu had once been a thriving metropolis. However, subsequent expeditions revealed that the site was smaller than this description suggested. At most, maybe 750 people lived and died there—a number so tiny that you’d be hard-pressed to call the site a town, let alone a city.

Modern scholarship has several theories about Machu Picchu, but the most interesting one is that it was built as a weekend retreat for the ruler Pachacuti. If true, that would make the site the ancient equivalent of a Wall Street CEO’s Florida getaway. 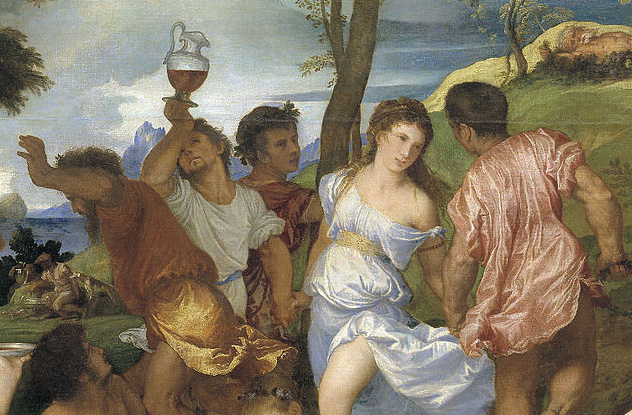 The Ancient Greeks loved wine so much that they even had a god for it, the boozy frat boy Dionysus. He’s the archetypal member of the pantheon, celebrated in paintings and cartoons as the epitome of ancient good living. Only our images of him may be slightly off. In reality, the color of the wine he dished out may have been deep blue.

The theory stems from a troubling inconsistency in the poems of Homer. Throughout the Iliad and Odyssey, the narrator refers to “the wine-dark sea,” an image at odds with everything that we know about the ocean. Classicists and scientists have been trying to reconcile Homer with reality for decades, suggesting everything from the Greeks suffering mass color blindness to an outbreak of red algae across the shores. But one theory holds that it’s not the ocean or the Greeks that were odd—it’s the wine.

The Greeks seldom took their wine straight, preferring to dilute it with about seven parts water. Since many epics take place at Peloponnesus, where the ground contains plenty of limestone, the water would have been alkaline. In sufficient quantities, this would be capable of turning wine blue—a sight that possibly inspired Homer.

7The Romans
Only Rarely Wore Togas? 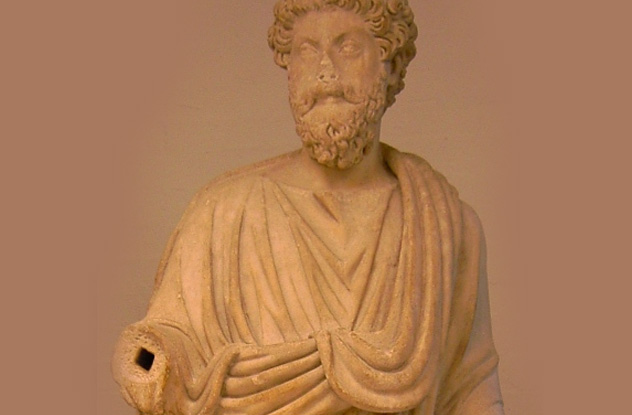 If we associate one garment with the Romans (along with their fabulous plumed helmets), it’s the toga. Virtually every film or TV series set in the Republic features the main cast romping around in flowing garments, their nether regions one gust of wind away from permanent display. Yet a theory suggests that we’re overdoing all this toga love.

Although the toga was a symbol of Roman citizenship (slaves couldn’t wear one, for starters), it was also highly formal. It’s been suggested that togas were in fact only worn on very special occasions and eventually only by senators. According to this theory, the idea that most freeborn men wore togas is akin to some future historian thinking that 21st-century Americans wore white tuxedoes at all times.

6Troy
Destroyed By An Earthquake? 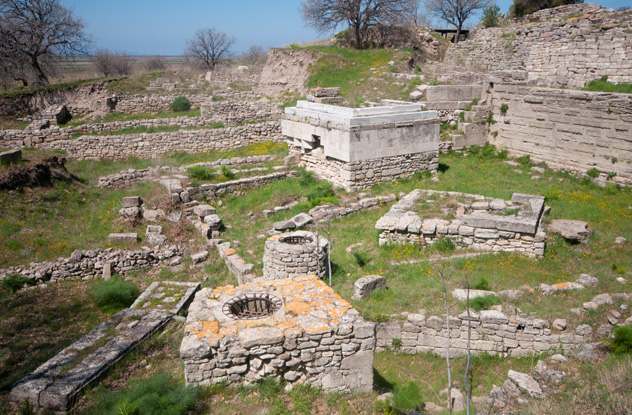 Troy is remembered for the Trojan War, a mythological battle ending with the destruction of the city at the hands of the Greeks. That’s what the ancients believed, and it’s survived on in popular culture to this day. However, another school of thought suggests that Troy was destroyed by something else entirely: an earthquake.

Late in the 19th century, archaeologists began excavating the modern site of Troy. What they uncovered was puzzling and unexpected. Instead of a single city, Troy had consisted of seven different cities destroyed one after the other. Of these seven ruins, only one (“Troy 6”) matched the city sacked in the Iliad. All evidence points to this city perishing in an earthquake.

Perhaps Homer simply invented the ending of the Iliad to give his epic a suitable climax. Perhaps the historic Troy of the battle was really tiny Troy 7, which Homer melded with stories of the more opulent Troy 6 to make his poem more impressive. Perhaps no Greeks fought in the battle at all, and it was really the Sea Peoples who did the sacking. Whatever the truth, it’s highly likely that our mental picture of Troy is completely wrong.

5The Hanging Gardens
Completely Made Up? 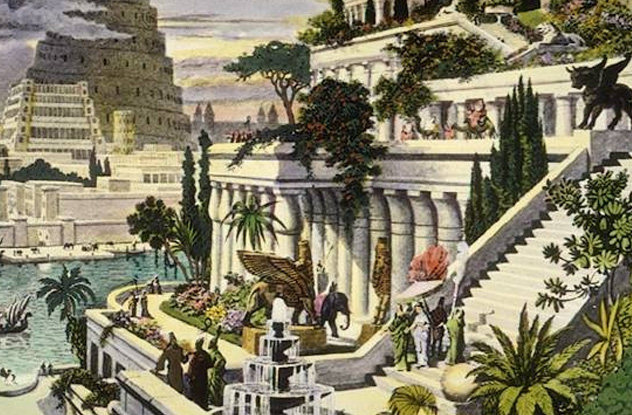 The Hanging Gardens of Babylon are the most infuriating of all the ancient wonders. While we have plenty of evidence for the others, not a shred of proof exists that Babylon contained such an impressive engineering project. This has led many historians to speculate that the Gardens were really an Assyrian innovation that was accidentally credited to Babylon. Other historians go even further. According to them, the Gardens never existed at all.

All the information that we have on the Gardens comes from five ancient writers. We have no conclusive proof that any of them visited Babylon. In fact, most of them seem to have gotten their information from second- or thirdhand sources. The theory goes that tales of various Mesopotamian gardens blended together and were embellished by travelers until the idea of a super-garden emerged. 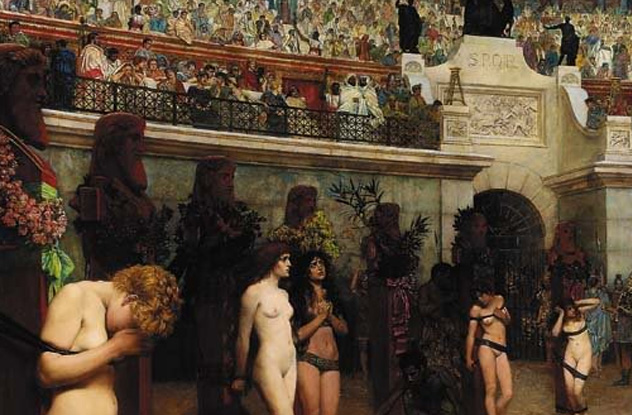 Nero famously burned Christians alive to light up the streets. Countless emperors threw them to the lions. Ancient Rome was a bad place to be Christian.

Or was it? A school of thought claims that the tales of persecution were simply made up.

Our six supposedly authentic accounts of early martyrs such as Polycarp are filled with anachronisms and flatly contradict everything that we know about Roman life. The anti-Christian edicts of Diocletian—allegedly the only emperor to genuinely persecute the fledgling Church—included throwing Christians out of public office. This suggests that they must have been previously respected enough to hold such positions.

Back then, anyone could be gruesomely executed for minor infractions. The only reason that we remember the Christians dying is because the Church made sure to pass the accounts on. The thousands of non-Christians who suffered identical fates on a daily basis have simply been forgotten.

3The Aztecs
Only Rarely Sacrificed Humans? 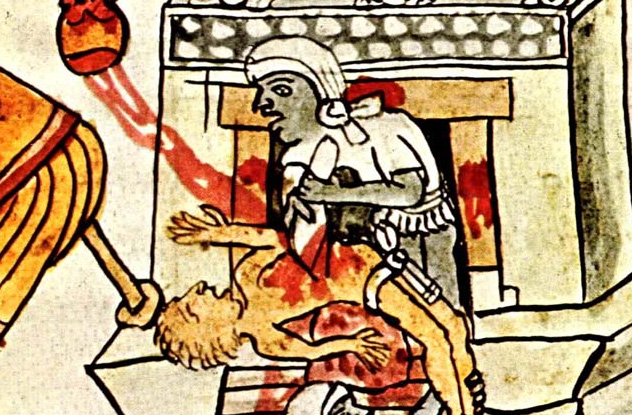 The mechanics of Aztec sacrifice are almost too much to contemplate. Victims had their hearts torn out, had their heads cut off, and were sometimes even skinned alive. Thousands of people could be slaughtered in a single ceremony. They even ritually murdered children. At least, that’s the common view. An alternative theory holds that the Aztecs were way less brutal than their reputation suggests.

Although no one denies that the Aztecs practiced human sacrifice, some historians claim that the number of victims has been severely exaggerated. In particular, they claim that the Aztecs were no more prone to ritual murder than the Andeans, Egyptians, Japanese, or even Greeks, cultures that we rarely associate with sacrifice. Instead, the theory states that accounts were inflated by the Spanish to cover up their own atrocities.

Most archaeological evidence seems to refute this, supporting the more common view. However, the evidence is not completely conclusive, raising the possibility that we may be picturing the Aztecs as much worse than they really were. 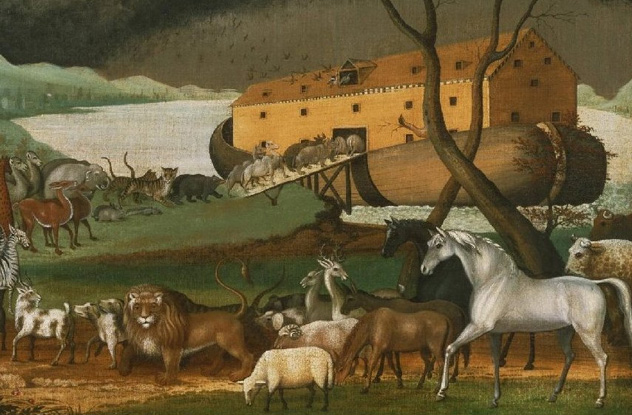 Variations on the story of Noah’s Ark pop up across many different ancient cultures. No evidence suggests that there’s any truth to the myth, but Noah and his ark crop up in thousands of books, cartoons, and movies. Every single one of them likely depicts the ark differently from what the original writers intended.

Although most of us associate the ark with the Bible, the earliest extant description of it is found on an ancient cuneiform tablet in the British Museum. Aside from featuring a Mesopotamian god telling a human subject to build a boat to survive an apocalyptic flood, it contains a reference to animals going in “two by two.” It also insists that the ark be round.

According to translator Irving Finkel, a round ark would have made perfect sense in the context of the time. People then usually crossed rivers in circular coracles. Finkel further believes that the story was passed on to Jewish exiles in the sixth century B.C., eventually becoming part of the Torah. 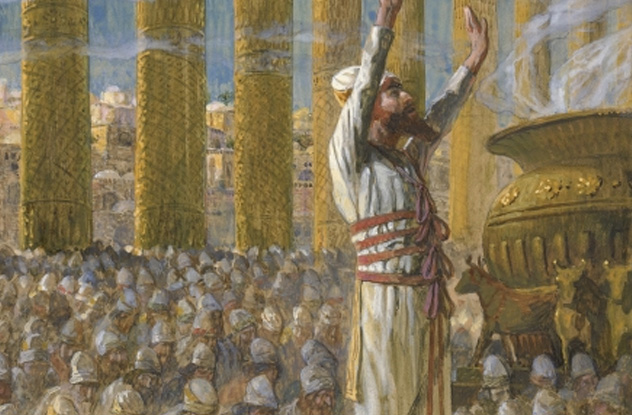 Roughly 3,000 years ago, King Solomon constructed one of the grandest temples in history. The First Temple reached 20 stories into the sky, incorporating huge amounts of cedar wood, hewn stone, and sheer manpower. It was likely the most magnificent building in the Middle East until the Babylonians destroyed it in 586 B.C. Today, the site where it and the Second Temple once stood is one of the holiest places on Earth. But a school of thought suggests that it never even existed.

There’s no physical evidence for the First Temple. Aside from the Old Testament, no ancient works mention it. It’s also impossible to do any excavations in the area, as searching for its remains would require first destroying two of the holiest sites in Islam and Judaism. Thanks to this lack of hard evidence, some have now begun to theorize that the Temple was either built somewhere else or was a complete fabrication.

This is a very sensitive topic. “Temple denial” has been compared to Holocaust denial, and some perhaps use it as a way of denying Jewish claims to Jerusalem.