Unlike real life, movies allow inaccuracies and exaggerations. Even if there are many ways in which movies don’t mirror real life, we give them a pass as that’s necessary to be able to enjoy them.

Imagine a truly realistic war film. Most people wouldn’t make it to the end. Those who did would realize that war is mostly about doing everyday chores instead of combat and thus is extremely boring.

It’s a problem, though, when movies get crucial stuff like medical care wrong. This influences popular understanding of the whole field and causes complications in serious situations. Here are some of the most widely held medical myths solely due to how they’re portrayed in pop culture.

Spoiler Alert: Don’t watch the YouTube clips in the entries below if you haven’t seen the movies. 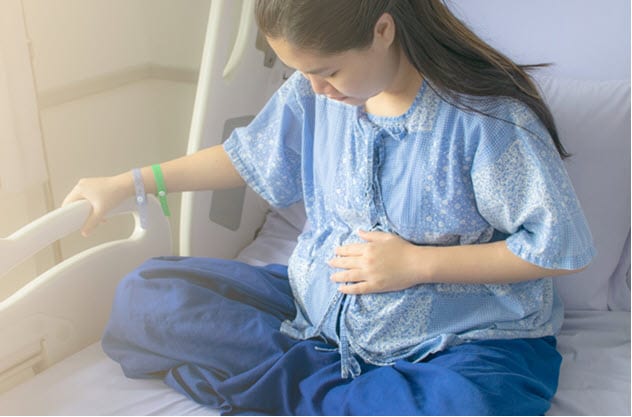 Even though it is one of the oldest medical scenes in cinema, writers still have a problem getting childbirth right. You should really do your own research when you go through it, though movies still influence how we all think about childbirth.

In reality, childbirth is less of a 24-hour process with a singular labor signal and more of a protracted event that can take much longer than 24 hours to complete. It all depends on how far apart the contractions are, which start well before you’re ready to go to the hospital. Most of the time, women don’t even get to know when they start.[1]

9 Amnesia Doesn’t Wipe Away All Memories 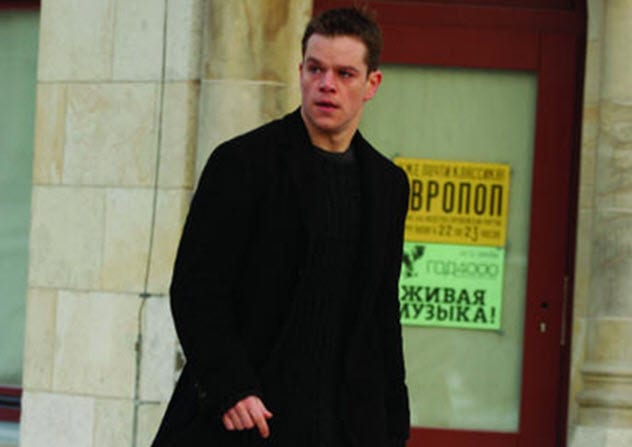 Amnesia in movies works a bit like the memory eraser from the Men In Black films. It usually happens rapidly, and in most cases, the patients forget everything from before the accident. However, they retain basic conversation skills. If you asked a neurosurgeon or anyone working with mental disorders, that’s really not how amnesia works.

It’s rare that you lose so much of your memory that you forget entire sections of your life. Usually, amnesia takes away bits and pieces of certain memories. However, they may be brought back with therapy as long as the injury isn’t serious.

Amnesia can cause a complete wipeout if the accident is serious. But that doesn’t happen often and is usually accompanied by other symptoms like loss of physical control and intelligence.[2]


8 Heart Attacks In Movies Are Too Dramatic

Other than people who’ve experienced them, everything we know about heart attacks comes from movies. We know that it’s a violent process and usually involves dramatically falling down from wherever you were sitting to emphasize the seriousness of the situation.

As it turns out, heart attacks aren’t always violent and can even feel like mild chest pain at first. You can easily overlook the symptoms due to what you believe heart attacks to be like, which can cause actual complications in real life. People usually report a chest pain attack 90 minutes after it starts as most of us don’t take random chest pain seriously.

We’re not saying that the tiny pang you got after eating a burrito is definitely a heart attack. But if it keeps happening for longer than usual, you’d better get it checked out.[3] 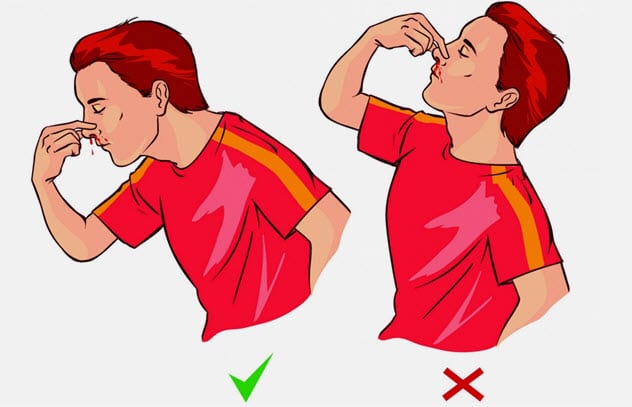 Due to how much Hollywood loves violence, nosebleeds are common in movies. When a character gets one, they’re usually made to lean back and pinch the bridge of the nose to stop the bleeding, which is what most of us do when we experience a nosebleed in real life.

As many doctors would advise you if you just ask them, doing that increases your risk of choking to death. When you tilt your nose back, the blood may seep into the breathing tract and block the airflow. It can also go into the stomach and create complications as the stomach is not designed to process our own blood.

Another thing you shouldn’t do is put ice on it. Even if that stops bleeding on the outside, it does nothing to fix things where the injury really is. The best course of action to stop a nosebleed is sitting still and pinching the muscle part of the nose (below the bridge) until the bleeding stops.[4]


6 CPR Doesn’t Work Most Of The Time

How many times have you seen a character completely drown in a movie before some kind person on the sidelines steps up, performs CPR on the victim, and essentially resurrects him? We’re guessing too many times as movies use this scene a lot. CPR is seen as a magical hack that can breathe life into people who have clearly already died. If movies were to be believed, it works every time.

If you ask EMTs and other trauma specialists, they’d tell you that CPR is still the best technique to resuscitate someone, but it doesn’t work as often as movies say it does. Of course, cinema would become incredibly depressing if it realistically portrayed CPR survival rates as drowning victims would then usually die (like in real life).[5]

Spoiler Alert: In the clip above, the CPR eventually works and she does make it. (But it takes a while and it’s very dramatic. Anguished looks are exchanged, and tears are shed.)

Despite the critical importance of defibrillators, movies haven’t completely figured them out yet. You see them being used in almost all types of trauma, even if their utility is limited to specific medical situations. You also see the surgeons clap them together before using them. We’re not entirely sure where that one comes from, but medical professionals using defibrillators in real life don’t need to do that at all.[6]

Defibrillation is administered with other techniques like CPR, which the movies rarely do. Defibrillators are also shown to be ridiculously successful in the movies. In reality, they’re not that effective in resuscitating patients from cardiac arrest.


4 Arrow Wounds Will Mess You Up

Arrow wounds and bullets work quite differently in movies. While bullet wounds are seen as ultimate death blows, arrow wounds seem like bare scratches. Characters with arrows sticking out of their chests are shown to move around and fight with their swords like it’s nothing. In reality, that’s not how arrows (or bullets) work.

While bullet wounds may not prevent you from being able to move, arrows will almost certainly incapacitate you. That is their sole purpose—to get stuck inside the body and be incredibly difficult to take back out (which seriously affects the morale). In many cases, an arrow can cause more serious problems than a stab wound as arrows can be poisonous, too.[7]

3 Concussions Don’t Always Knock You Out 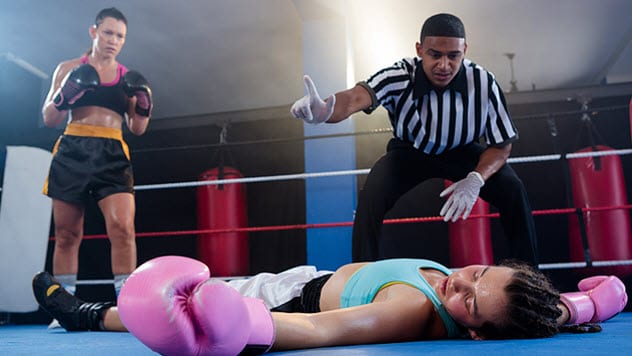 Knocking someone out is another terribly misunderstood concept in movies. For one, it’s seen as a rather harmless act. People who are rendered unconscious are expected to just sit back up in a few hours like nothing happened. In reality, any amount of force that knocks you unconscious is enough to damage parts of your brain.

More importantly, though, the movies’ idea of knocking someone out propagates a fundamental misunderstanding of how concussions work. Many people don’t recognize symptoms of one when it happens to them as we all expect to lose consciousness during a concussion because of the movies.

In reality, concussions can happen when you’re fully conscious, too. Symptoms may show up days or even weeks after the accident, something most people who have a concussion don’t realize until it becomes serious.[8]


2 There’s No Coming Back From Flatlining

Recharging a heart back to life is a common trope in movies and makes for immensely emotional moments. We all know how it usually goes down. The machine suddenly has a flat line. The doctor—unable to give it up due to his personal struggles—gets a few other doctors in the room, and they use defibrillators and other “recharging” techniques on the patient until he comes back to life.

This is based on a concept that does work in certain circumstances, but flatlining isn’t one of them. Once the heart has stopped working and the person has flatlined, it’s impossible to bring the heart back to life, no matter how much electricity you shoot at it. It may make for tense and rewarding moments in movies, but in reality, a flat line is usually final.[9]

1 Never Pull The Knife Back Out

We sincerely hope that you never get stabbed. But if you do, just remember to ignore anything you’ve seen about stabbings in movies. Depending on the kind of stab wound, you may need to immediately see a doctor without doing anything else yourself. That especially includes taking the weapon out of the stab wound.

Unlike in the movies, removing the weapon—whether it’s a knife or an arrow or a household item like nails—will always make the injury worse. It’s like stabbing yourself twice as it will cut through the same parts of the body while coming out.

In many cases, the weapon is what’s stopping you from bleeding to death. It keeps the arteries plugged until you’re around medical professionals who can remove the weapon and stop the bleeding in a controlled environment.[10]

You can check out Himanshu’s stuff at Cracked (www.cracked.com/members/RudeRidingRomeo/) and Screen Rant, or get in touch with him for writing gigs.