Myths and legends are mirrors of the culture that created them. They reflect the fears, hopes, dreams, and nightmares of people. They exist to teach a lesson to the young or to trick people into what the culture believes is appropriate behavior. And, sometimes, whatever the purpose of a tale is it just plain terrifies youngsters and old-timers alike. 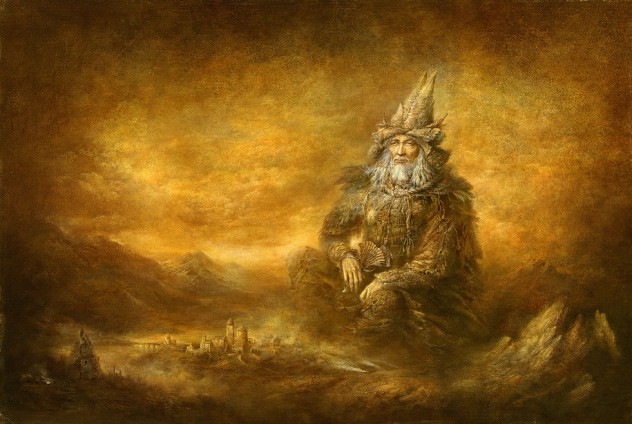 This myth is terrifying for several reasons. First of all, it focuses on a child. A first-born son was sold by his parents before his ninth day of life to a member of the Centre Comitee, a special guild of warlocks from Chilean folklore. Secondly, the baby was deformed with dislocated limbs. Two months later, his tongue was forked. Eventually, the warlock began a process that resulted in the baby’s head being turned 180 degrees. The last part of the transformation consisted of cutting a deep incision under the right shoulder, inserting its right hand into the gap, and sewing up the wound.

When it healed, the Imbunche was complete and ready to take his role as guardian of a cave. This myth is one of the few being portrayed in popular culture outside its country of origin. British writer Alan Moore, famous for works such as Watchmen and V for Vendetta, used the Imbunche as an enemy on his run in Swamp Thing in the 1980s. 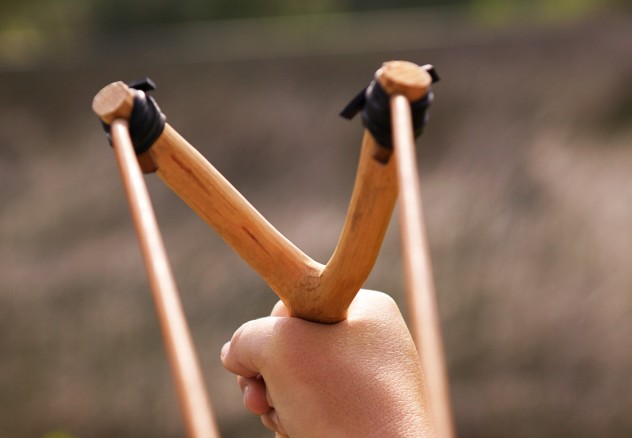 Belonging to the Guarani mythology, the Pombero, also known as Kurahu-Yara (Owner of the Sun), is similar to a dwarf or a genie. He is a creature of the forest that protects birds from children and their slingshots. He has short arms and legs in recent depictions, but he is a tall man in older stories. He can become invisible at will and his hairy feet make him stealthy.

A woman can become pregnant if the Pombero touches her belly, but this can happen only to a single woman. Of course, this is a tale to protect the honor of women who have sexual relationships before marriage. Still, every single bad thing that happens in the area will be blamed on the Pombero. It is possible to gain Pombero’s favor with offerings such as tobacco, honey, and brandy. People seek his help to improve crops or to protect farm animals. The Pombero was portrayed outside Paraguay, even if only by name, in the TV show Lost Girl as seen in this clip. 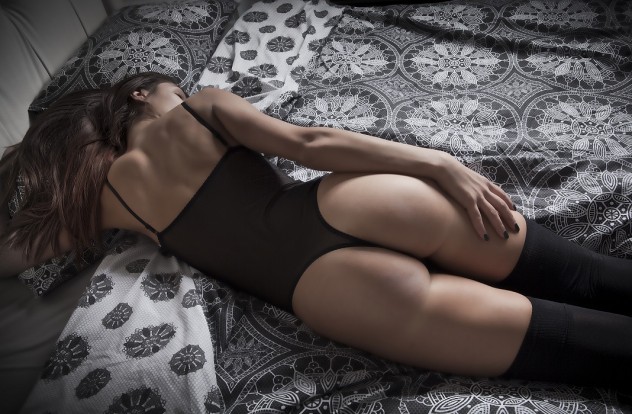 La Ciguapa is a wild and magical creature with the looks of a mountain siren. The creature is seen as a beautiful girl by some, while others see a horrendous being. The lonely man who is unlucky enough to find her will fall in love. They will have sex in the night and, after that, the Ciguapa will kill him. As with other beings, such as the Himalayan Abarimon, Indian Nulo, or Pombero, the Ciguapa’s feet are turned backward.

If the Ciguapa falls in love with a man, her night howling will be a harbinger of doom to his partner. Still, during a full moon—with a black and white dog as companion—a man can capture the Ciguapa. Some authors place her origins in pre-Hispanic times and others believe she was from colonial times. This is probably one of the most obscure legends in Latin America, and it is barely known outside the Dominican Republic.

7La Viudita
All Over South America 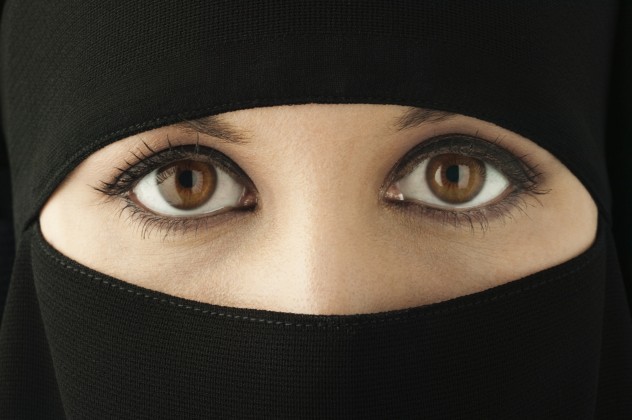 She always walks alone after midnight with her face covered by a veil and wearing all black clothing. Men, most of them drunk, can walk her home. They want a one night stand. She lets them touch her body until they get to an intimate place. There, she takes off her veil and reveals the horror: She has no face, no lips, and no hair. Just a skull and a maddening laugh. Her victims tend to faint and, when they recover consciousness the next morning, they find themselves covered by thistles.

This is, of course, a moral story old women told to children in order to make them obey the Catholic principles that used to stand in all of South America. The same tale is told with few changes in every region, although the origin stories vary. Some people say she was a woman with an unfaithful husband who made a pact with the devil, while others say she died of angst after the death of the love of her life and for that she is now a lost soul. Bolivian director Elias Serrano is making an “Origins” story about this legend. 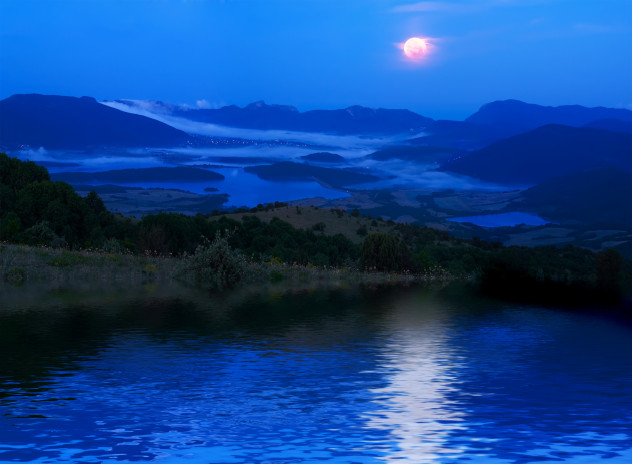 In the swamps and marshes of northern Argentina, people have reported seeing unnatural balls of light just after sunset. These balls float a few inches above the ground and are sometimes called “Farol de Mandinga” (Devil’s Lamp). Most people in the area believe they are the souls of unrepentant sinners who rejected God. The legend says people should pray and bite a knife to protect themselves.

This legend is not exclusive to Argentina. The same phenomenon has been reported as the “Spooklight” at the Missouri-Oklahoma state line, where it is called the “will-o’-the-wisp.”

And, of course, there is nothing supernatural about this. It’s called ignis fatuus and some people believe that it could be explained by the bioluminescence some living beings, such as honey fungus and fireflies, can produce. Barn owls have white plumage that may reflect natural lights—like the moon—and appear as an ignis fatuus. The common explanation for ignis fatuus today involves combustion of gases typically found in swampy environments. 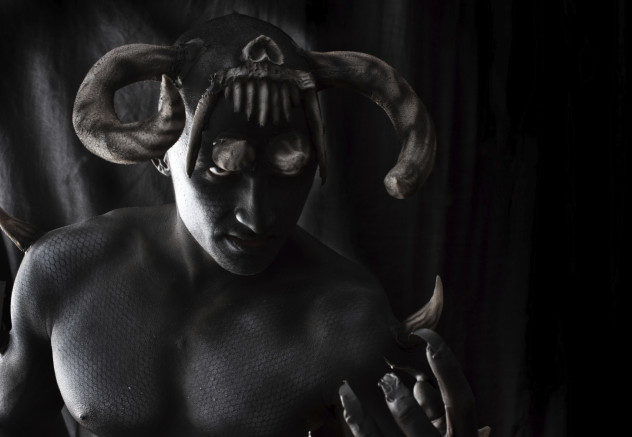 The word “wekufe” in the Mapuche language is used to refer to liars and deceptive people. The concept of evil did not exist for them and only came along with Catholic missionaries. Then it begun to be used as a synonym for a demon or evil spirit. Some sources say the good or evil of these beings depend on who contacts them rather than in their own nature. Still, most portraits depict them as evil creatures.

They can have physical or spirit-like bodies and a wide range of powers. Many times, the Wekufes appear in the forms of animals or natural phenomena. Many times, they serve as tools for the Calcu—the wizards of Mapuche tribes. They can be used to enslave the souls of the recently dead, to cause disease, and to generally kill people. They are magic weapons of mass destruction in the hands of one sorcerer. 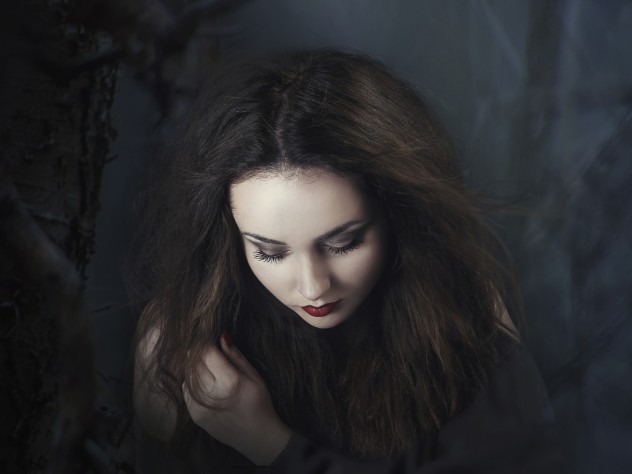 As the legend says, in the 16th-century 23 slaves escaped from a merchant ship en route from Panama to Peru. They fought the natives on land and their cries reached hell and awoke the Devil, who killed them all while disguised as a prince named Macumba (which is a word now heavily associated with witchcraft). He then fell in love with a gorgeous young girl. They married and had several children. One of them was La Tunda.

La Tunda is a shape-shifter. As a Devil’s daughter, she cannot bear children. So, she kidnaps kids and lures men to her den. She appears as a loved one to youngsters, a loving mother, a dear aunt, or a cute girl to men. When in a lonely place, she passes gas in their faces. The stink breaks their wills and they become entundados, bound by her will.

As with other legends on this list, La Tunda is a local bogeyman. Nevertheless, this one is worth noticing because it is also a metaphor for the destruction of the ecosystem. 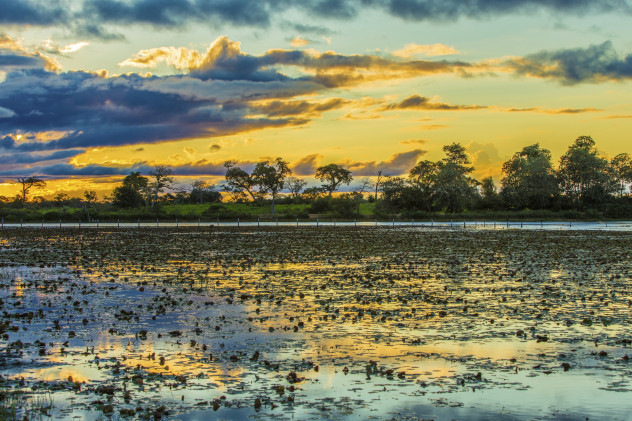 Ancient Greece wasn’t the only place home to the myth of the sirens. The Amazon basin also has a similar legend. These creatures appear in the rivers that feed the Amazon, which is also the home of the anaconda. The fishermen, hunters, and gold prospectors that worked in the area could spend weeks doing their best to provide for their families while working in a dangerous place without any female company.

Many have reported seeing young girls on the opposite shore singing to them and calling them. Some of these men, perhaps hallucinating at the time, jumped into the river and drowned trying to reach the girl on the other shore. Those who did not answer the calling have lived to tell the tale. 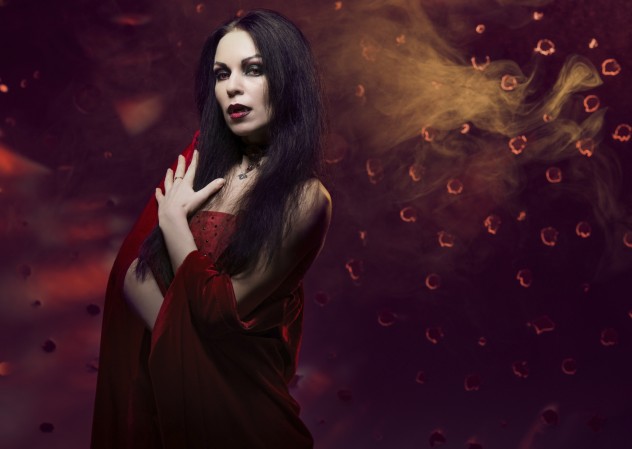 La Segua, sometimes spelled with a “c” instead of an “s,” is a type of witch from Costa Rica. She can be found on lonely roads or alleys looking for young men who like to party. She is depicted as a gorgeous woman with white skin, dark eyes, and long black hair. She is a seductress asking for a ride and will find her way onto the male’s horse (or car in more recent times).

Then, the man will turn his head around only to discover a terrifying beast with the face of a horse and bloodshot eyes. This image makes the girl a kind ghost in comparison. Possibly the worst thing is that there is not one Segua—there are many. Even when their powers do not seem clear, many men think they can make them impotent from pure fright. As any other tale from folklore, this may have a sociological explanation: the fear of the coven. The males may fear whatever women can do when they are outside the view of their fathers, brothers, husbands, and priests. 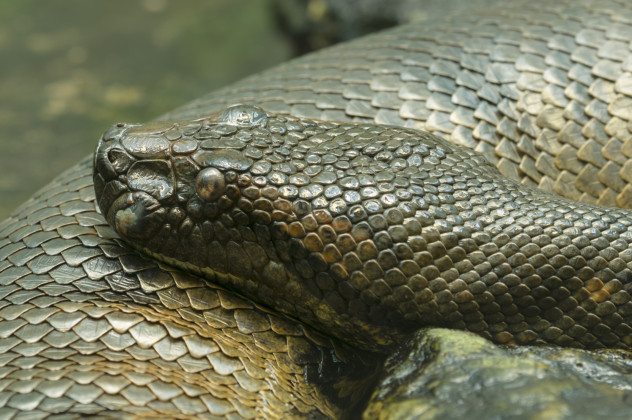 This is the most recent legend in the list, appearing in the 19th century along with the cane sugar mills in the northwestern part of the country. The stories are more or less the same in every region. “El Familiar” is the Devil himself in the form of a giant snake called Vivoron, who will eat one worker every year because that is the pact the owner of the mill has made with the Devil in exchange for accelerated growth.

Sometimes, El Familiar is depicted as an enormous, headless black dog. It is worth noting that the living conditions for workers in all the country at that time were sub-human.

El Familiar is similar in nature to the phantom black dogs in European folklore, including one in Dartmoor, that would inspire Arthur Conan Doyle’s The Hound of the Baskervilles. Of course, El Familiar is a bogeyman for grown-ups, and he is feared even today in some areas.

Diego Teran is an Argentinian writer tired of being a victim of the system. You can follow him on Facebook and read his blog in Spanish.