History is filled with close calls and near misses. The modern world was created by crazy plans, ambitions, and victories. Throughout human history, a number of plans were proposed—and many were almost enacted—that would have morphed what the world is today. 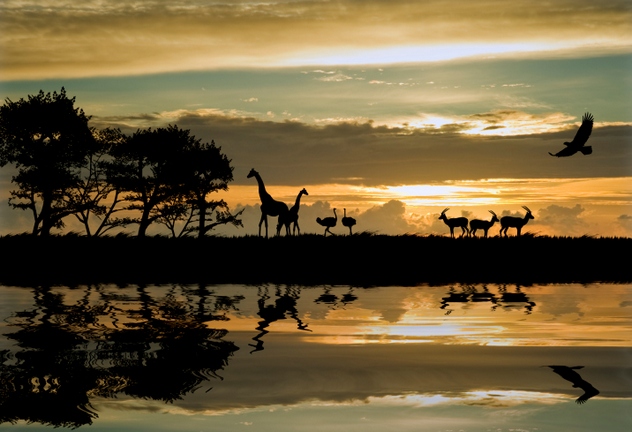 The insane vision of the future of German engineer Herman Sorgel has been covered on Listverse before, but his lofty macro-engineering goals didn’t stop at Atlantropa in 1928. No, the crazy uncle of human engineering just couldn’t resist coming up with outlandish schemes. Taking a look south of the Mediterranean, Sorgel devised a plan that would help sell his Atlantropa ambitions but was also equally ambitious in its own right.

The first step was to build a dam across the Congo River, which would create a massive inland lake larger than California, Nevada, and Oregon combined. The flow-on effects of this would enlarge Lake Chad and surrounding rivers, linking these new monster lakes and the Mediterranean Sea.

Unlike Atlantropa, which never got any real momentum, America and the UN showed interest in the plan. The Americans viewed it as an ideal way to gain access to African resources. Unfortunately for Herman, despite popular approval, he never received any concrete support.

What if the Madagascar Plan Happened?

Madagascar is the huge island off the east coast of the African continent. Continuing the theme of Germans in Africa, Adolf Hitler attempted to relocate the Jews to this uninhabited (in his view) patch of land.

The Madagascar Plan was gaining traction even before World War II among European anti-Semites, who would regularly meet to discuss the “Jewish question.” One of the men who frequented these conferences even met with Hitler himself. At this time, Madagascar was a French colony. The Polish foreign ministry picked up on the idea, as they believed they had an overpopulation of Jewish people. They spoke with France about it and were genuinely excited about the prospect. They went as far as sending a group to investigate the prospect firsthand. The numbers were poor, though, so they scrapped it.

During World War II, the plan became an option once again. However, the Germans never gained the ocean control they sought, so they could never move so many people down to Madagascar. The focus of the war turned to the Eastern Front, and the rest is history. 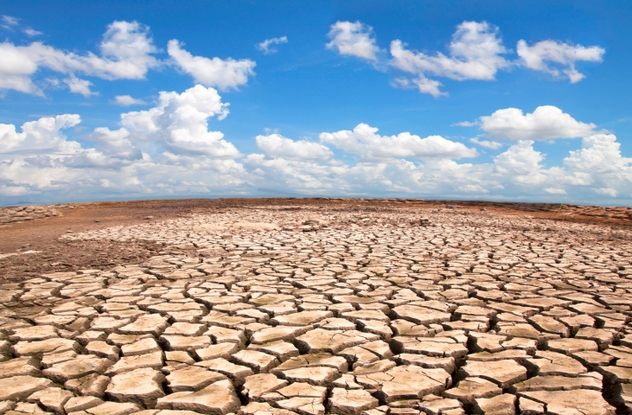 The Qattara Depression is a giant sinkhole near the Egyptian-Libyan border that covers almost 20,000 square kilometers (7,500 mi2). It’s the second-lowest point in Africa, so low that British forces had to recheck their barometers. It proved crucial in Allied victories during World War II, as it was impassable to vehicles. Throughout history, plans have been proposed to flood the depression from the Mediterranean, turning it from a treacherous lowland to a lake and providing hydroelectricity for Africa.

The biggest movers and shakers in any Qattara Depression flooding were the CIA in 1957. They proposed the idea to President Eisenhower, believing it could bring peace to the Middle East. The new lagoon would have four major benefits, according to the CIA report: It would be peaceful and profitable, it would improve the arid and hostile climate, it would provide work for Palestinians, and it would refocus the Egyptian president’s mind on other matters and take him “off the Soviet Hook.” 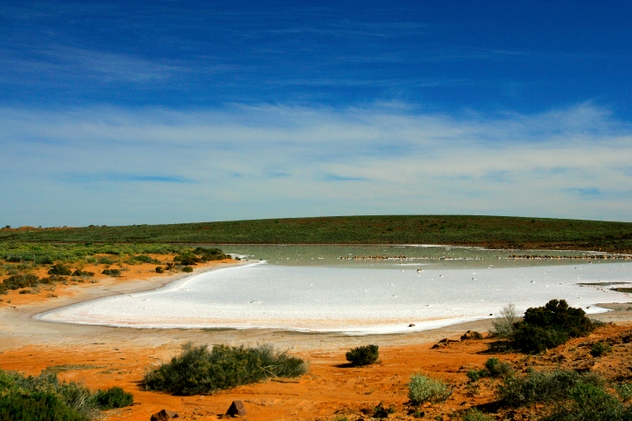 Australia’s outback is renowned for being an inhospitable desert. Lake Eyre, located in South Australia, is the biggest lake in the nation. It is usually just a dry lake bed, but it fills up during rainy seasons. Since the late 19th century, there have been goals and dreams to flood the lake and improve the environmental conditions of the region. In 1883, the South Australian government considered a serious proposal to irrigate the region via a canal. The proposal was rejected and subsequently raised and rejected again in 1908 due to practicality and cost concerns.

A young engineer by the name of John Bradfield, who had worked on the Sydney Harbour Bridge, eventually found his way into parliament and was charged with investigating whether northern coastal rivers could be redirected inland to irrigate the region. These ideas persisted into the 21st century, with radio personality Alan Jones advocating attempting to turn some rivers inland to fight debilitating droughts in the outback. 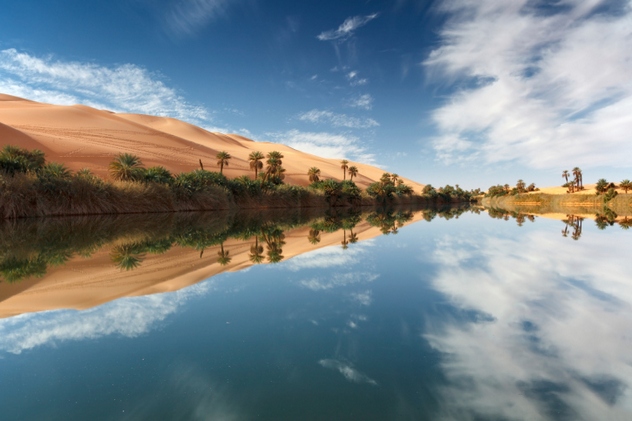 The Sahara wasn’t always a desolate desert, and in 1874, one man wanted to bring that fertile land back. After the success of the Suez Canal a few years earlier, French geographer Francois-Elie Roudaire proposed the construction of a canal from the Mediterranean to Algeria in a low-lying part of the Sahara. Roudaire had originally planned for a 16-kilometer (10 mi) canal, but he had to revise that to 190 kilometers (120 mi) after he’d discovered that the “low-lying” part he wanted to flood was actually above sea level.

Roudaire’s project would flood almost 8,000 square kilometers (3,000 mi2) of territory. Roudaire hoped this would allow ships to navigate North Africa and also improve the arid climate. Ferdinand de Lesseps, the man behind the Suez Canal, thought it was a good idea, which helped it get support from the French public. The government pledged 35,000 francs to get things started. Across the world, people were excited about the concept, and Roudaire began to work on his idea. However, over eight years of ballooning costs saw people change their minds about the Sahara Sea, and it was eventually canned. 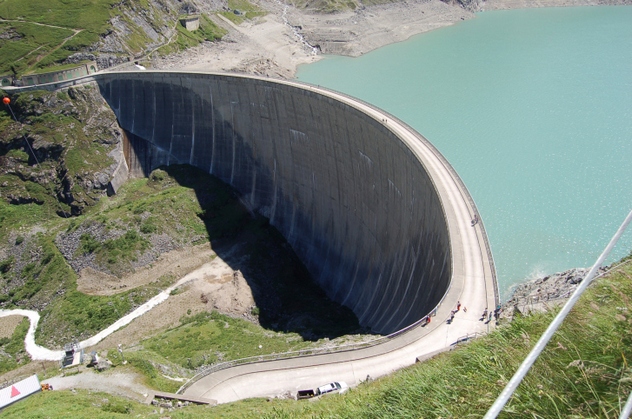 In 1930, the magazine Modern Mechanix published a daring plan by a group of British scientists. It was to drain the entire North Sea between Britain and continental Europe via dams, canals, and dikes to create over 260,000 square kilometers (100,000 mi2) of new land in Europe. The ambitious plan included the rerouting of rivers, a bridge across the English channel, and a 240-kilometer (100 mi) dam between London and Antwerp.

This dam wasn’t even the loftiest part of the North Sea drainage proposal. An even bigger dam—720 kilometers (450 mi)—would link England with Denmark and create an artificial coast, towering 27 meters (90 ft) over the North Sea. A giant railroad would be constructed to link London all the way to Berlin, Moscow, and the Far East. Somehow, this jumble of monumental dams, winding canals, protective dikes, and supervillain-like insanity never got off the ground, and the North Sea still exists. 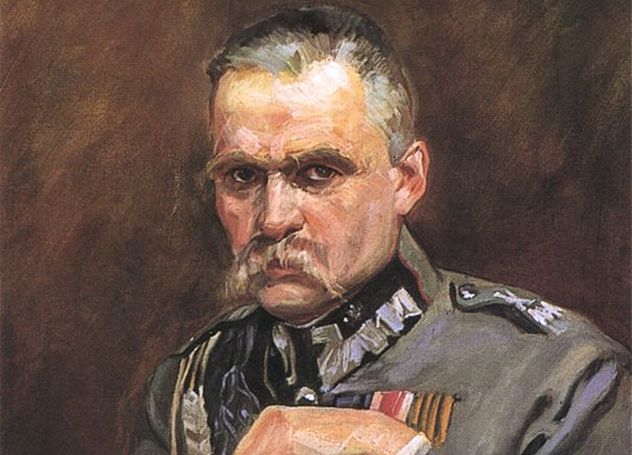 After Europe was ravaged by World War I, Polish leader Jozef Pilsudski had the lofty ambition of creating a Greater Poland—Intermarium—and uniting the lands between the Baltic Sea and the Black Sea. Lithuania, Belarus, and Ukraine would become satellite states of the Poles, and their new overlords would protect them from the Germans and the Soviets.

Pilsudski had initial success in these nations, until the Soviets decided they did not approve of the concept one iota and started a brief, bloody, and historically significant war. The Red Army cut off the British and French supplies coming down the Kiel Canal and marched against Poland. They captured much of their newly won territory and made it all the way to Warsaw. Miraculously, Pilsudski managed to halt the Soviet advance at the capital and negotiate a peace deal, stopping Poland from becoming the 16th Soviet Republic but ending Poland’s Intermarium dreams. 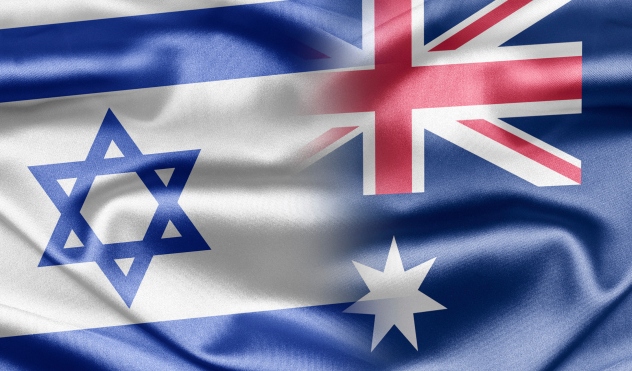 The rise of anti-Semitism in late-19th-century Europe was coupled with the rise of Zionism—the desire to create a Jewish homeland in Palestine. Pragmatic Jewish leaders looked elsewhere to establish a Jewish state, in lands less populated and contested. They looked far and wide across the globe with no luck. In the 1930s, many groups approached Australia about using some of its underpopulated and underused land to create a Jewish settlement. Various locations were suggested, and the government knocked back every one, until the “Kimberley Scheme” arrived.

The London-based Freeland League proposed the purchase of land in the East Kimberley region of Northern Australia. Dr. Isaac Steinberg was sent to investigate the feasibility of the project. He stayed in Australia through the war and gained support from churches, prominent political figures and leaders (including the premier of Western Australia), and Jewish leaders. In the end, the project failed due to the belief that the settlers would inevitably drift en masse out of Kimberley and into major cities. About 47 percent of the public also opposed the plan, and Prime Minister John Curtin officially blocked it.

The Insane Plan to Build a Bridge Between Russia and Alaska

The Bering Strait is the stretch of water that separates Russia from North America. In the 1890s, Joseph Strauss—designer of the Golden Gate Bridge (and hundreds of others)—proposed a bridge across the strait between the two nations. Five out of the seven continents would be connected—one could potentially travel from Chile to India to Belgium to South Africa without leaving solid ground.

In 1907, Tsar Nicholas II approved the project, which would cost $300 million. The outbreak of World War I put an end to that project, but that hasn’t stopped the idea. It began to gain traction again in 2011, this time as a 105-kilometer (65 mi) tunnel beneath the Bering Strait. The cost of such a project would add up to just under $100 billion. 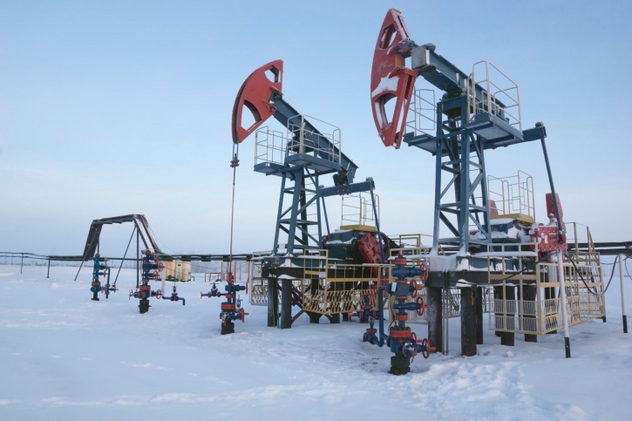 Much like the Louisiana Purchase from Napoleon, the United States had the opportunity to purchase parts of Siberia in the early 1990s. Boris Yeltsin revealed his country would be willing to sell oil fields, factories, and land to stabilize his nation’s economy. Writing in the Los Angeles Times, American academic Walter Russell Mead proposed buying the whole of Siberia for $2 trillion.

However, President George H.W. Bush turned down the offer, saying he did not wish to buy up Russia’s assets in a post–Cold War fire sale. However, the concept of a Siberian Purchase did not perish with Bush’s refusal. The idea persisted all the way into the late ’90s, as Russia’s economy continued to flounder, and its people continued to struggle with widespread poverty. The carrot of America becoming the biggest oil producer in the world was one some still sought, although the idea was never brought directly to the Clinton administration. If it had been bought, the USA would be double the size it is today.

You can follow Hossey down his street or on Twitter, if you’re more of a subtle stalker.