Manners and etiquette are tricky to say the least. Figuring out which fork is the salad fork is one thing, but knowing when using a fork at all will offend your host is another. Etiquette varies from culture to culture. Something that sounds rude in one country may be the most polite thing to do in another. 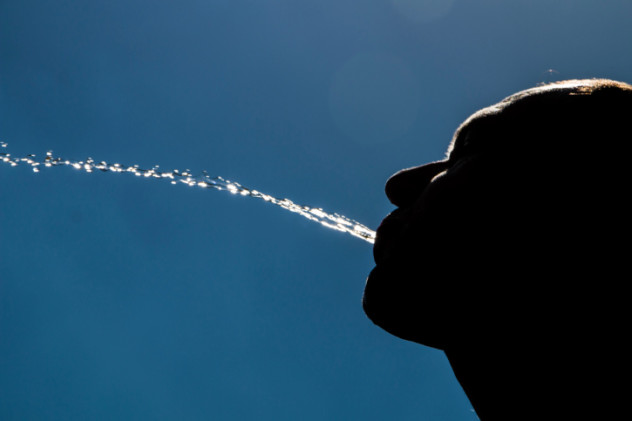 There is a good chance our parents scolded us as teens when we spit on the sidewalk. In general, spitting is usually frowned upon. Spitting on or at someone is seen as one of the greatest insults one can give. It’s even considered assault by the police. Members of the Maasai tribe in eastern central Africa, however, have a completely different way of seeing things. They spit at each other the same way we shake hands. As a matter of fact, they spit on their hands before shaking just in case they forget to spit on each other later.

Most of us have been forced to endure conversations with elderly relatives who don’t adhere to the phrase “Say it, don’t spray it,” but Maasai children have it worse. Polite children who salute when they walk by their elders can expect a big, wet glob of saliva flying their way in response. Of course, it is done with the best of intentions, and accompanied by the elder wishing a long life upon the child. Friends and family come from miles around to spit on newborn babies for the same reason.

The tribespeople spit for just about every occasion. They spit on any gift they are about to give. When they move into a new home, one of the first things they do is go outside and spit in the four directions. They spit at anything they’ve never seen before because they believe doing so protects their eyesight. 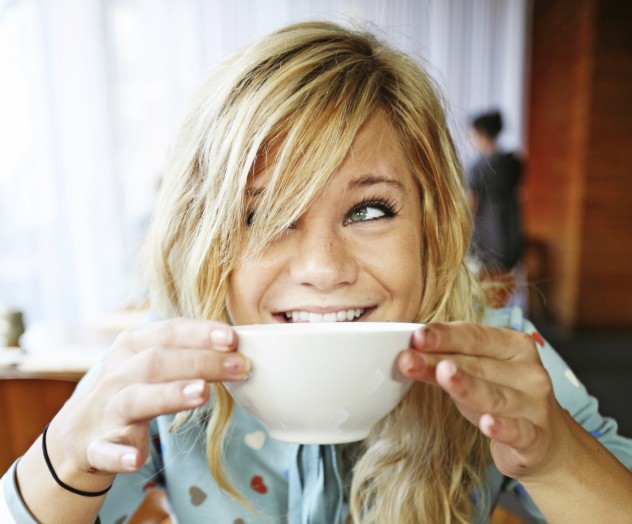 In most countries, slurping soup in public may cause our mothers to yell at us or our dates to disown us. However, in many Asian countries, such as China and Japan, slurping soup or noodles is seen as high praise. It implies that the food is so good that the diner couldn’t even wait for it to cool off to eat it. Anyone who has scorched their mouth on a slice of deep-dish pizza with everything on it will probably agree that there may be some truth to this.

To eat without slurping may lead those nearby to assume the diner is unhappy with the food. In Japan, the same is true for tea. Slurping the last mouthful of tea loudly lets the host know the guest has finished and is satisfied. This cultural difference has led many Japanese visitors to feel restricted in other countries where they are expected to dine quietly.

8Sticking Out Your Tongue 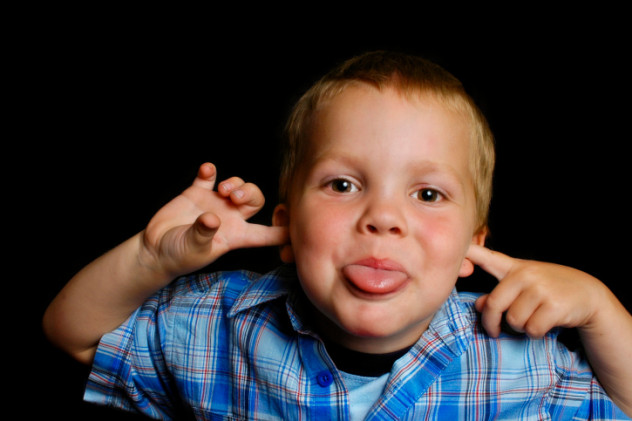 In many countries, sticking out your tongue is usually accompanied by the phrase “Na, na, na-na-na!” At the very least, it is typically seen as a rebellious or teasing gesture. At most, it is an insult. This is why, in Italy, you can be fined for insulting behavior for doing it. While not illegal in India, sticking out one’s tongue is negative and regarded as a sign of unbelievable anger.

However, the world is a large place, and in New Caledonia, the same gesture indicates a wish for wisdom and energy. In Tibet, however, sticking out one’s tongue is seen as the respectful thing to do when greeting someone. It is said that this custom comes from the belief that an evil king had a black tongue, and it shows goodwill to prove that we are not an incarnation him. This may explain why, in the Caroline Islands, sticking out tongues is believed to be a way to banish demons. Although, to be fair, if the person sticking out their tongue hasn’t brushed their teeth, then they would probably be able to banish anyone. 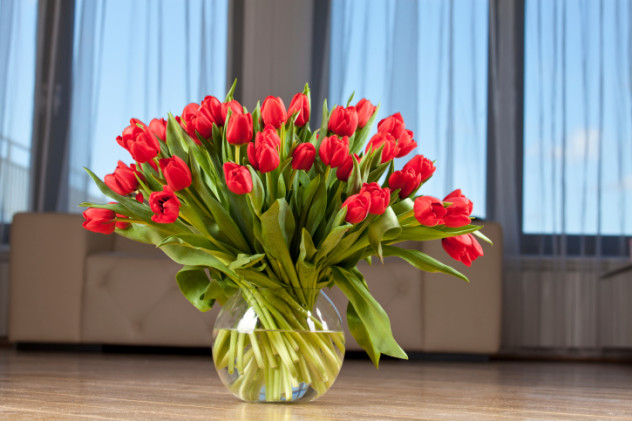 Flowers are often seen as an all-purpose gift. They are given for first dates, graduations, weddings, funerals, “get well soon” gifts, and apologies. It is actually for this reason that giving flowers can sometimes be viewed as rude if one is not careful. Chrysanthemums, lilies, gladioli, and other white flowers are symbolic of mourning, and they are used in funerals in many countries. Carnations are common cemetery decorations in Germany and France. To give someone a bouquet of white flowers in China, or a carnation in France, may be interpreted as saying “Drop dead.”

Yellow flowers represent hate in Russia and Iran, and purple flowers are bad luck in Italy and Brazil. Red flowers, roses especially, are intended only to express romantic interest in Germany and Italy. In the Czech Republic, flowers in general are seen as romantic gifts. So, giving one’s teacher or boss flowers could result in a great deal of trouble. Even the number of flowers can be rude. In some countries, like France and Armenia, an even number of flowers is for joyous occasions, and odd numbers are for grieving, while in countries like Thailand and China, odd numbers tend to be lucky and even numbers tend to be ominous. 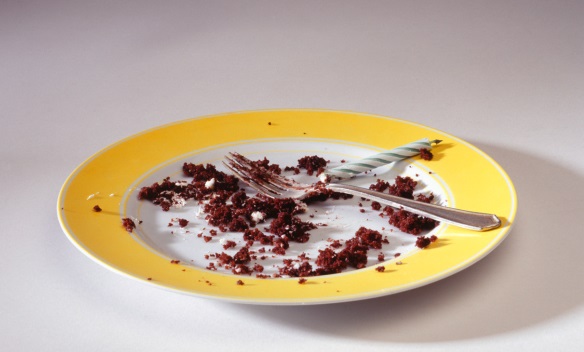 Yes, we are all used to our parents telling us to clean our plate and not to waste food. In some countries, however, a clean plate may confuse the host, and possibly insult them. In the Philippines, North Africa, and some regions of China, the host will put more food on a plate once it is clean. Even this requires a little game in North Africa: The host offers more, the guest says no, the host offers again, the guest says no again, the host offers one more time, and the guest finally agrees. It is only when the guest leaves a little bit of food on their plate that the host will assume they are full. Failure to do so in some situations can offend the host. They will see a guest’s clean plate as a signal that they were not served enough, and the host may feel that they are being called cheap. 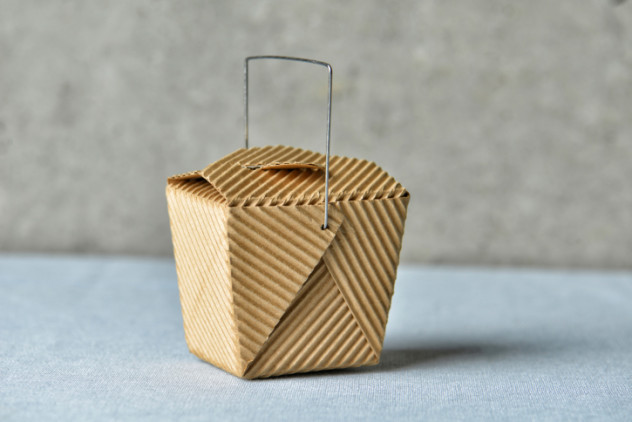 Asking for a doggie bag on a date may make a person appear cheap. The waiter may even give an annoyed look as he makes his way through the busy restaurant, filled with hungry customers waiting for him to take their order, all so he can retrieve a bag or box for some customer whose eyes were bigger than their stomach. In ancient Rome, however, doggie bags were a way of life.

Whenever someone had friends over for dinner, he or she gave the guests a fine cloth napkin in which to take home fruit. This was more of a demand than a suggestion, as the decision to not take home food was interpreted as an insult to the host. Furthermore, such a guest would quickly gain a reputation for being impolite and ungrateful. Doggie bags can trace their origins back to ancient China as well. It was polite for a host to give guests white boxes to take food home in. 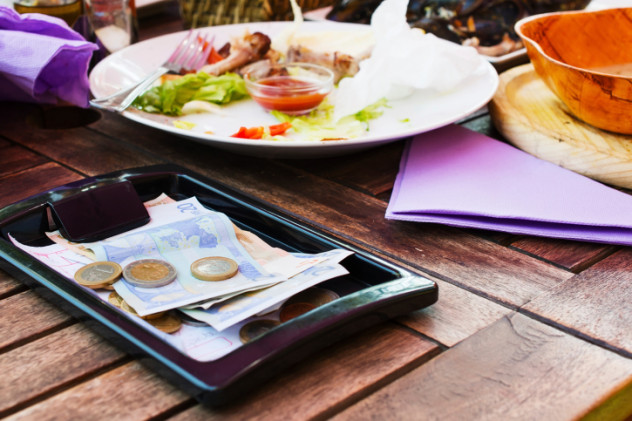 To tip or not to tip, that has long been the question. Usually, it comes down to whether we want to appear cheap or not. Not tipping has been the cause of many dirty looks. It is also a common reason why many first dates never lead to second ones. Some restaurants have even banned the custom in order to save their diners from being stressed out at the end of their meal.

Japan is light-years ahead. The Japanese are so unaccustomed to tipping that doing so tends to result in confusion. The server wonders why he or she was given extra money, and this may lead to a long awkward attempt to give it back. More importantly, tipping can be seen as an insult. It is sometimes seen as a charity that implies pity. In the event that a customer wants to express their gratitude, it is best to do so with a small gift. Or, if money is given, it is best to place it in an envelope first, and then give it to the server.

3Eating With Your Hands 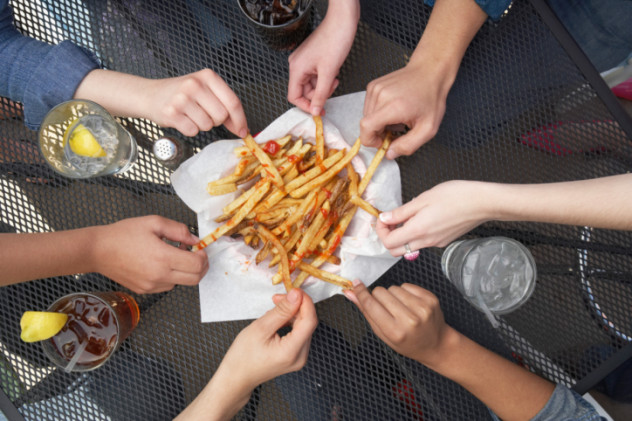 Eating with your hands has always been the quickest way to upset parents at the dinner table. However, some countries would be insulted by your use of silverware. Eating a taco or burrito in Mexico with a knife and fork in generally frowned upon. It isn’t necessarily impolite, but it makes a person look like a snob. Using a knife to cut a boiled potato in Germany is frowned upon for similar reasons. Furthermore, using a knife to cut a potato may insult the cook. They see it as a way of saying that they didn’t cook the potato until it was tender enough.

In many countries, like India, eating food by hand is the only way to go. They see this as the most natural way to eat, and the least violent. Jawaharlal Nehru, the first Prime Minister of India, was said to have once joked, “Eating with a fork and knife is like making love through an interpreter.” 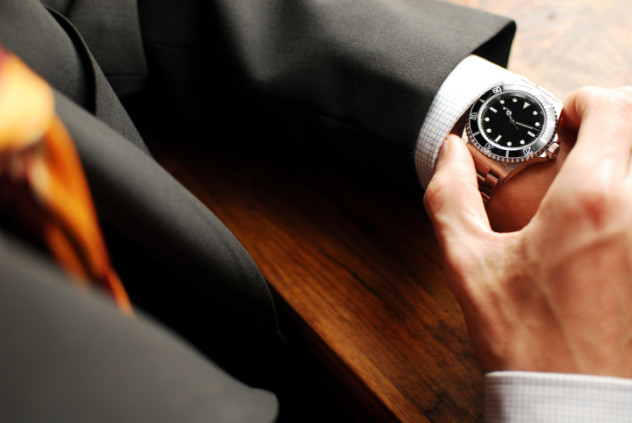 We’ve all had older relatives or teachers who scolded us and said something to the effect of, “If you’re on time, you’re late. You’re only on time if you’re 10 minutes early.” While this is good advice for going on a job interview or a date, in some parts of the world this would make us the rudest person in the room.

In Tanzania, arriving to a function on time is disrespectful. All of the polite, well-mannered guests show up around 15 to 30 minutes late. This is partly due to the fact that not all citizens have cars or even access to public transportation. Insisting that guests show up on time is seen as rude. In Mexico, it is polite to be fashionably late to a meeting or party as well. If one were to show up on time, the host may not be prepared. They may feel rushed and insulted that they were caught unprepared. 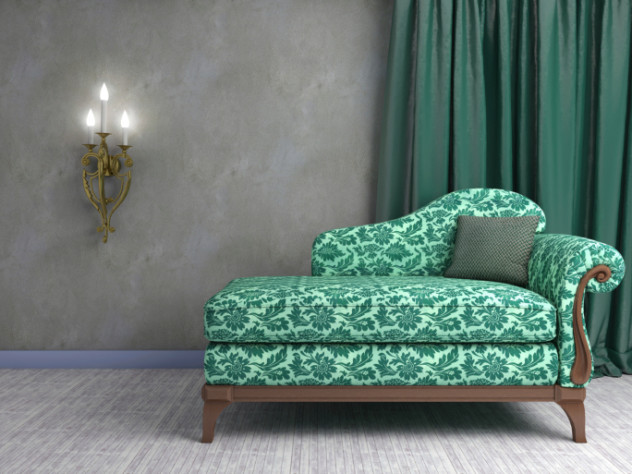 It isn’t always easy to break the ice when meeting a new person or visiting someone’s home for the first time. Our most common tactic is to search for something we can compliment. “I like your shoes.” “That is a nice tie.” “I simply love what you’ve done with this place; what a beautiful sofa.” In most countries, such praise usually causes the complimented party to smile or blush and say thank you, and thus the ice is harmlessly broken.

However, such compliments would be unwise in the Middle East as well as in African countries like Nigeria and Senegal. In such countries, complimenting an item is easily interpreted as a wistful desire for said item. Due to their customs of hospitality, the host would feel obligated to give the guest the item he or she complimented. Furthermore, according to tradition, when given a gift the recipient must reply by giving the giver an even larger gift. We can only hope that the custom does not extend to complimenting someone’s spouse or children.

Mr. Louie is a novelist, playwright, short story author, screen writer, and radio drama writer. For even more quirkiness to help you procrastinate, subscribe to JDL-evision on Youtube.