History has been plagued by outrageous bans. Governments often claim that their attempts to control the lives of their citizens are done for good and honorable reasons, such as national security, morality, or personal safety.

Even so, many actions or items have been banned for unjustifiable or downright silly reasons. Certainly, there’s an element of paranoia behind some of these foolish prohibitions. It seems that no country is immune.

Here are the most bizarre bans from around the world.

10 Ketchup Is Banned In French Schools 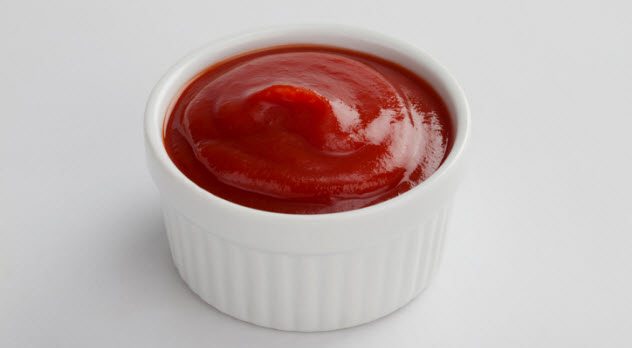 In 2011, French elementary schools introduced new dietary guidelines that limit the amount of ketchup available in cafeterias. The ban allows students to consume french fries once a week, and only then can they have ketchup.

But using ketchup on traditional French dishes is completely prohibited at the elementary school level. The purpose: to ensure that children are familiar with French recipes so that they can pass them down to the next generation.[1]

Although the authorities didn’t disclose why they believe French dishes are under siege, it’s quite easy to decipher. France is a large market for several international restaurant chains like McDonald’s. French authorities believe that more delicious and appealing foreign food may pose a threat to the local popularity of France’s traditional dishes.

9 Frowning Is Banned In Milan 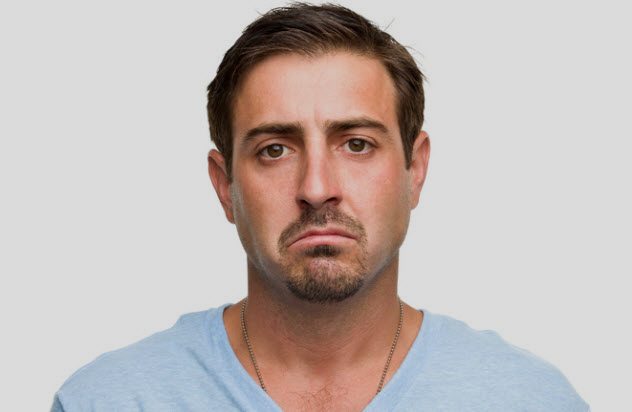 In Milan, it is illegal to frown except during funerals or hospital visits. City regulations require everybody to keep smiles on their faces. Failure to do so could result in a fine.[2]

However, don’t fret. This law was enacted when Austria ruled Milan in the 19th century. It was simply never repealed. Although we can’t give legal advice, you may be safe from prosecution if you forget to smile for some reason in the beautiful city of Milan.

8 Sex Education Is Banned In Uganda

Many countries pride themselves on their ability to provide reproductive education to the younger generation. In Uganda, it’s quite the opposite. Comprehensive sex education is banned in the East African country, and the prohibition is strictly enforced.

Several nonprofit organizations are campaigning to have the ban repealed because it is viewed as a threat to social development in Uganda and could increase the rate at which citizens contract HIV/AIDS. The Netherlands ambassador to Uganda has also condemned the ban.

Meanwhile, schools, advocates, and nongovernmental organizations are unsure how to teach a subject that many of them argue is vital to the future of Uganda’s adolescents. Some teachers even fear that it may be illegal to answer students’ questions about sex.

In 2017, a civil lawsuit was filed by the nonprofit Center for Health Human Rights and Development to force the government to develop a comprehensive sex education policy. The Ugandan courts will have to decide the matter.[3]

7 Sarcasm Is Banned In North Korea 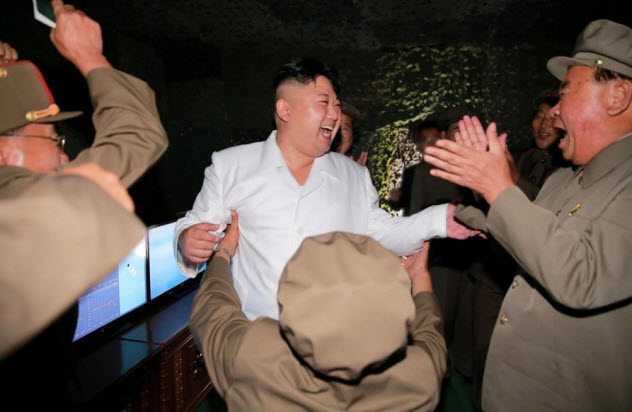 The world knows that North Korea is the most isolated country in the world with the most repressive regime ever. Its authoritarian government is renowned for restricting fundamental human rights, including freedom of speech, freedom of movement, freedom of assembly, and more.

Several things that are norms in other countries are banned in North Korea, but one is especially unusual—the ban on sarcasm. North Korean citizens are not permitted to make sarcastic comments about Kim Jong Un’s totalitarian regime in their everyday conversations. Indirect criticism of the government has also been banned.

Residents were warned against criticizing the state in a series of mass meetings held by functionaries across the country. One state security official personally organized a meeting to alert local residents to potential hostile actions by internal rebellious elements.

Certain expressions are prohibited by the regime, including “This is all America’s fault.” This sarcastic comment by citizens became popular as a way to mock Kim Jong Un’s habit of blaming the United States for all of North Korea’s problems.

After learning of this, the regime banned these types of comments within the country. Another example: “A fool who cannot see the outside world.” This expression has become quite popular among some North Koreans. It refers to the isolationist character of the North Korean Supreme Leader.

The phrase was born in 2016 when Kim Jong Un did not go to annual celebrations to mark the end of World War II in Russia and China.[4]

6 Jeans Are Banned In North Korea 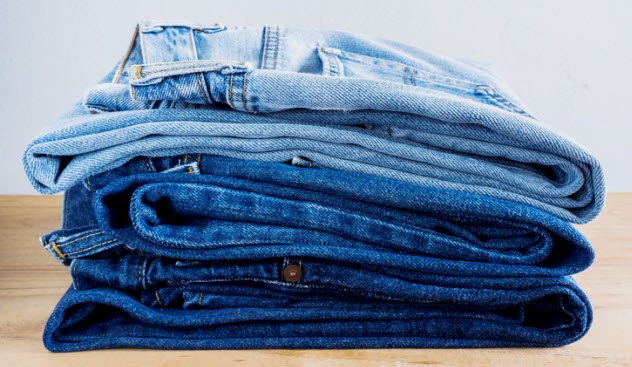 In an apparent crackdown on Western clothing, the North Korean leadership has prohibited its citizens from wearing jeans. The restrictions on the influx of Western culture, fashion, and style are a nationwide matter in North Korea. But the ban on jeans is primarily focused on the North Hamgyong and Yanggang provinces that are close to China.

North Korean authorities are concerned that people living in those areas are more exposed to the outside world and may be influenced by Western fashion and culture. The clothing choices of citizens are usually monitored by a growing group of youths loyal to Kim Jong Un. The inspection unit also targets supposed capitalist tendencies, such as the length of skirts, the shape of shoes, and hairstyles.[5]

5 Yellow T-Shirts Are Banned In Malaysia 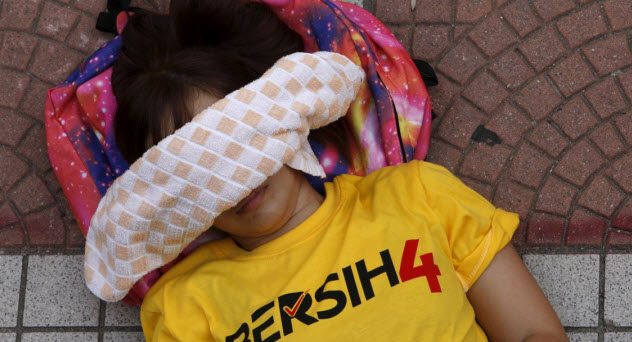 If you like yellow T-shirts, listen up. In 2015, wearing this colorful piece of clothing in Malaysia could have landed you in prison.

Back then, yellow T-shirts were worn by a large number of anti-government protesters in Kuala Lumpur, the capital of Malaysia, in a series of demonstrations calling for the ouster of Prime Minister Najib Razak. The protesters were promptly confronted with water cannons and tear gas.

These demonstrations were sparked when a development bank backed by Goldman Sachs inexplicably transferred $600 million into the personal account of the prime minister. As the protests grew in size, the Malaysian government decided to prohibit its citizens from wearing yellow T-shirts. The offending T-shirts had the word Bersih (“clean”) printed on them.

Malaysian authorities were forced to look for fragile excuses to enforce the ban when they were confronted with a lawsuit by the organizers of the protest. Although the Malaysian courts originally sided with the government, an appeals court decided to revoke the ban in 2016.[6]

4 Western Hairstyles Are Banned In Iran 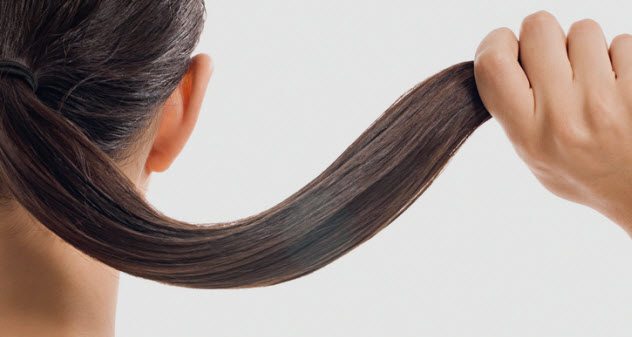 In 2010, the government of Iran banned citizens from growing long hair or ponytails because they are decadent Western hairstyles. At the same time, Iran issued a list of acceptable Muslim hairstyles, which are generally conservative and short.[7] We have one question about this ban: “What is Western about long hair?”

First-time offenders will have their hair cut in an unflattering, short style. Repeat offenders will be fined. Barber shops that offer Western hairstyles can be shut down by the government.

3 Flip-Flops Are Banned In Capri, Italy 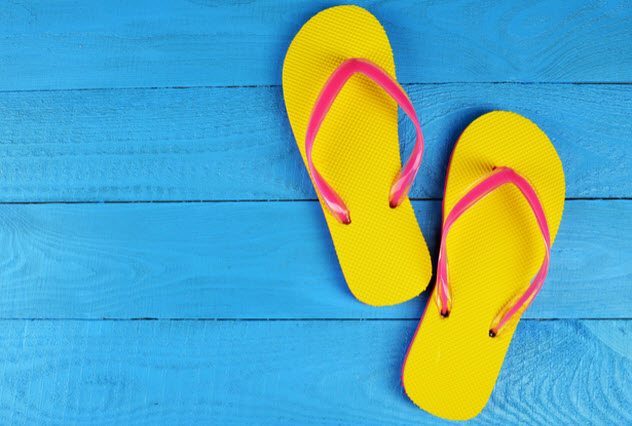 It’s okay when flip-flops are banned in certain places. For example, Australian airline Qantas does not allow its customers to wear flip-flops in specific airport lounges. The airline wants to maintain a dress code of sorts in these areas.

However, when an entire island like Capri, Italy, bans flip-flops, it becomes a weird regulation. Considered one of the oddest laws in the world, it was enacted under the pretext that locals value their peace and quiet and noisy shoes will disturb them.[8] 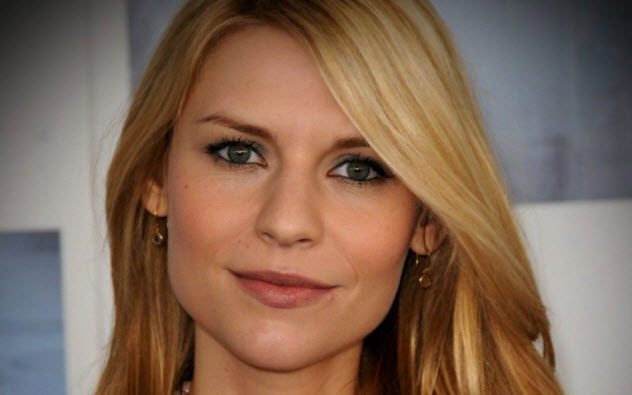 In 1998, actress Claire Danes was banned from Manila because of her negative comments about the city. In an interview with Vogue magazine that year, Danes described Manila as a “ghastly and weird city.” Later, she said that Manila “smelled of cockroaches, with rats all over, and that there is no sewerage system, and the people do not have anything—no arms, no legs, no eyes.”[9]

1 Dancing After Midnight Was Banned In Japan 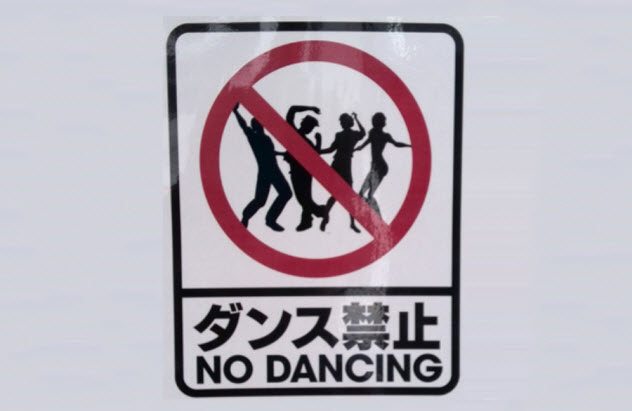 Dancing after midnight was prohibited in Japan for 67 years. After World War II, the law was put in place to crack down on prostitution, which was popular in dance halls. Public dancing was forbidden unless the venue had a license. Even then, all dancing had to stop by midnight.

Although Japan developed into a prosperous nation after the war, the ban was left in place for decades. At first, police did not aggressively enforce this law. But a series of celebrity drug scandals and nightclub brawls in the 21st century led to a nationwide crackdown, with club raids becoming more common. In 2015, nightclubbers were delighted when the ban was finally lifted.[10]

Jeffrey Morris is a freelance writer with a passion for finance, history, and rarities.

Read about more bizarre bans on 10 Recent and Controversial Bans Around The World and 10 Children’s Games You Won’t Believe Got Banned.