Sometimes, the stripping forces of nature remind us how much incredible stuff is still out there. Whether artifacts are deeply under sand or sea or sitting shallow, wild weather can reveal them in one powerful sweep. On occasion, storms raze the landscape and unmask rare, bizarre, or historical finds, saving archaeologists and fossil hunters a lot of time and funds. 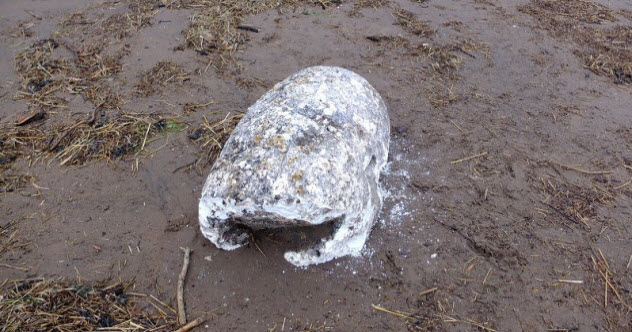 For decades, lard from a World War II shipwreck has appeared on the beach after heavy storms at St. Cyrus, Scotland. Most recently, four chunks washed up, still retaining the barrel shapes of their long-gone wooden kegs.

The odd war relics started appearing during World War II after a merchant ship was bombed and sunk nearby. It’s believed that the wreck systematically breaks up with each storm, releasing a little bit more of its fatty cargo.

Locals are well familiar with the sight and claim that the fat is good enough to use despite being crusted with barnacles. The large lumps were a godsend during the war when lard was unavailable to most people. 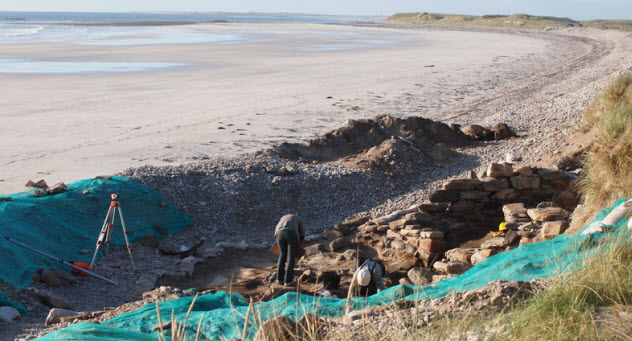 In 2005, a violent storm hit Scotland. Tragically, it killed five members of the same family on Benbecula, but it also swept clean ruins that had been hiding for 2,000 years. Residents have always accepted that there was something old on the shores of Baile Sear, but the cobbles and sand obscured the remains too much to allow identification.

After the storm, people were stunned to find the structures just standing there on the beach. Fearing that the unknown beach ruins might get destroyed in another powerful storm, archaeologists moved in quickly. They identified the site as two roundhouses belonging to the Iron Age. 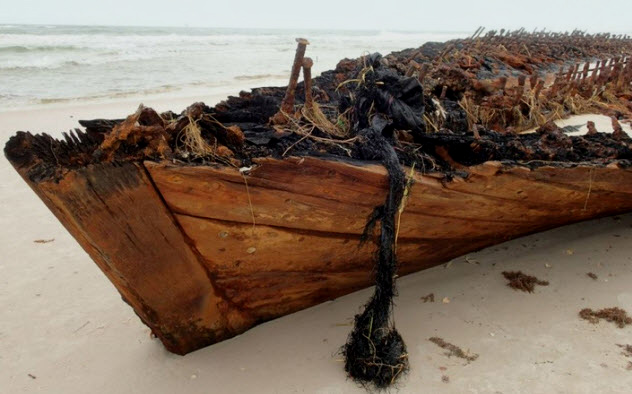 Revealed bit by bit by three different hurricanes, an Alabama ship hull was finally picked clean when Hurricane Isaac hit the coast. With sad-looking bare ribs, the remaining skeleton doesn’t look like much.

However, there are two mysteries swirling around the sagging ship. The first is her identity. Local historians believe that she is a World War I schooner named the Rachel. Others believe that she’s an unknown vessel from before the Civil War.

But if she is the Rachel, then a second mystery can be considered. What exactly was her cargo? She was built to carry lumber, but she operated during Prohibition.

Constructed during the war, the three-mast, 45-meter-long (150 ft) wooden ship was destroyed during a stormy voyage in 1923. Her crew burned her onshore after the cargo (rumored to be illegal booze) was removed. 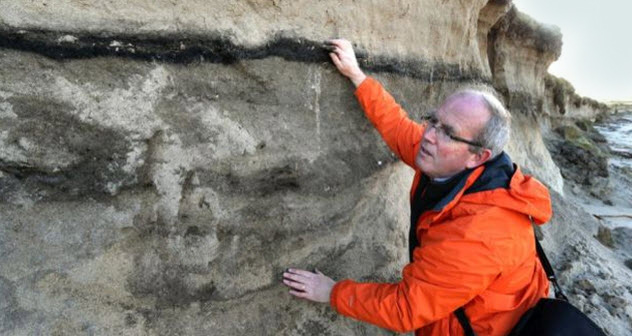 Storms mauled the Irish coastline of Connacht in 2014, resulting in an archaeological tragedy with a silver lining. Valuable historical treasures were damaged or lost while intriguing new ones were unearthed. Two graveyards, which are part of a medieval monastery found in the 1990s, creepily came to the surface. Other discoveries included sunken houses from the 18th and 19th centuries and a 6,000-year-old Neolithic bog.

In this case, however, nature also took away. Middens are shell heaps that are basically ancient kitchen waste. They give us clues about what our ancestors ate and what their lifestyles were like. All the coastal midden deposits from Galway Bay to Dog’s Bay were lost, including the most ancient site dating back to the late Mesolithic period. 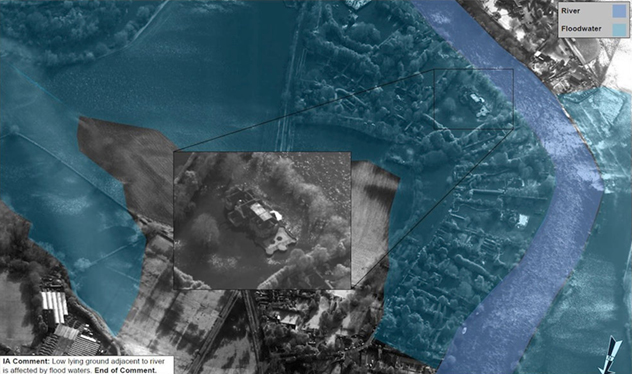 In 2014, unusually heavy storms in the UK caused the flooding of the Thames. It also revealed a sinister scene when tides and winds uncovered the location of 244 World War II bombs. Many of them still live, they littered the one location where travel guides tell you to go and have fun—the beach.

Some were German, and others were from British training sessions. Buried for a long time, the bombs started appearing around mid-December when the weather went werewolf. Nearly every day, phone calls alerted the Royal Navy’s Southern Dive Unit of the discovery of another bomb.

The unit safely disposed of the shells, but there could still be many out there. The previous year, another 108 were removed from British beaches for the public’s safety. The really chilling part is that the longer they remain live under the sand, the more unstable these literal time bombs become. 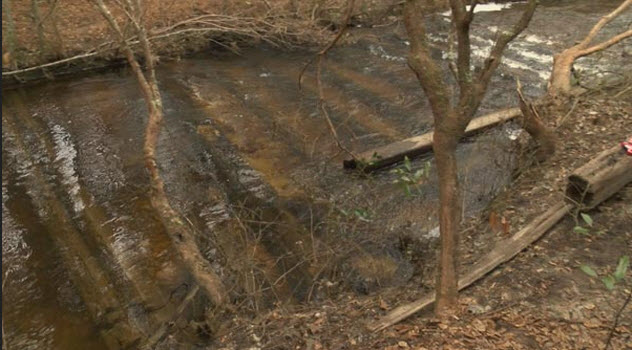 A historical piece of South Carolina’s past came to light after floods ravaged Richland County. State archaeologists fell out of the woodwork to examine timber beams and steel nails discovered after the waters withdrew. The discovery is exciting because these are the first real clues to emerge at a known archaeological site.

Until the centuries-old wood was found, the creek was believed to be the location of Garner’s Mill. But the mill is a hazy part of the county’s past. Experts don’t know what it produced, and the early 18th-century community to which it belonged is also a mystery.

The 1-ton beams were uncovered after violent flooding forced them from their resting place under the soil. As to their purpose, they could have been a plank road, one that led as far as Winnsboro or to a long-gone bridge. 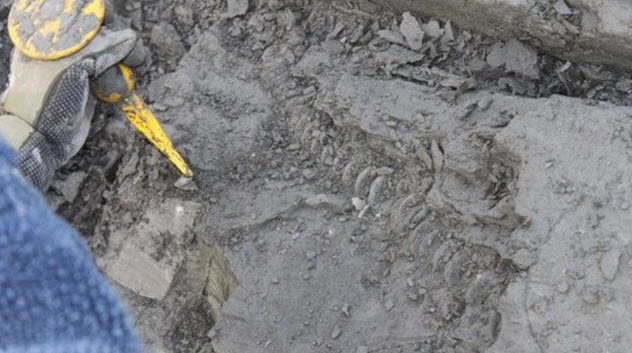 Christmas in Dorset offered a rare gift to fossil hunters. The bones of an ichthyosaur uncovered during a coastal storm in 2014 proved to be exceptional. Depending on how you view it, the ichthyosaur can be adorable or scary.

Reaching a size of 1.5 meters (5 ft), it resembled a dolphin but was actually a predatory marine reptile. Complete remains for this species aren’t common, so this discovery turned into a five-star moment when it became clear that the skeleton was only missing a part of its snout.

But professional fossil hunters realized that the ichthyosaur was in danger of being lost because another powerful storm was approaching. Since fossils need to be painstakingly removed over a period of days or weeks, the eight-hour excavation was almost like emergency surgery. Shortly before the storm was due, the 200-million-year-old predator was lifted to safety. 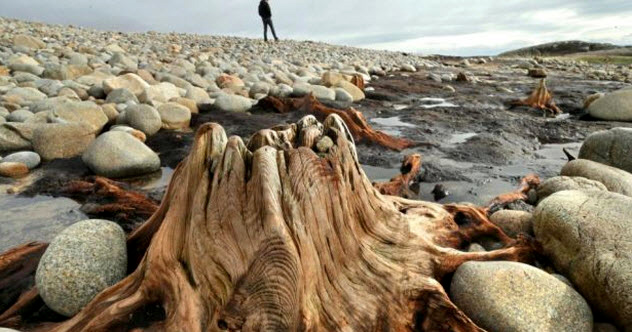 After storms lashed the Irish coastline of Galway, a haunting landscape rose from antiquity. Around 7,500 years ago, waters rose so fast that they killed off a large forest of oak, pine, and birch trees. The recent weather revealed the petrified tree stumps, some of which were almost a century old when they died.

A massive blanket of peat—once organic matter from the forest floor—was also revealed. Then a resident found a wooden artifact about 1.5 meters (5 ft) by 1 meter (3 ft) under the peat.

Once examined, it was identified as an oak trackway dating back as far as 4,500 years ago. It was also tantalizing proof that a Neolithic or Bronze Age people lived in the forest before Galway Bay was even formed. This might even be older than the Corlea trackway, an Iron Age construction and the largest of its kind ever found in Europe. 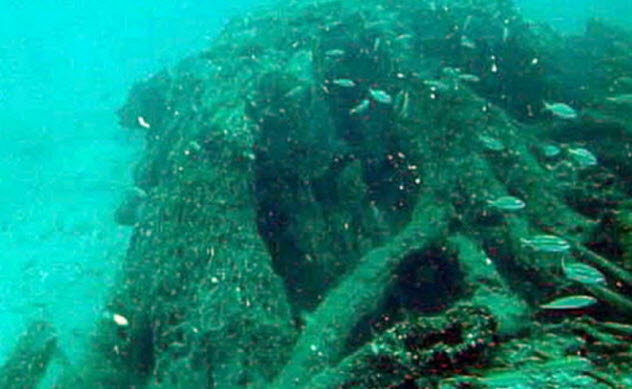 A short distance off the coast of Alabama sits a time capsule. Under oxygen-free sea sediments, a primeval forest has been preserved for a cool 50,000 years. Hurricane Katrina shifted the sands and revealed the stumps of a vast bald cypress landscape.

The remains are truly massive and so well-preserved that one can smell the fresh cypress sap when cutting them. Some trunks are 2 meters (7 ft) wide and hold thousands of years of growth rings. These are invaluable to researchers because they contain thousands of years of weather history for the Gulf of Mexico.

The submerged forest’s wildlife is also somewhat different than it used to be. Fish, crustaceans, and sea anemones are abundant. It is feared that the pristine state of the trees won’t last, not even as long as a few years. Since the forest became an artificial reef, marine life is slowly destroying the wood with its burrowing. 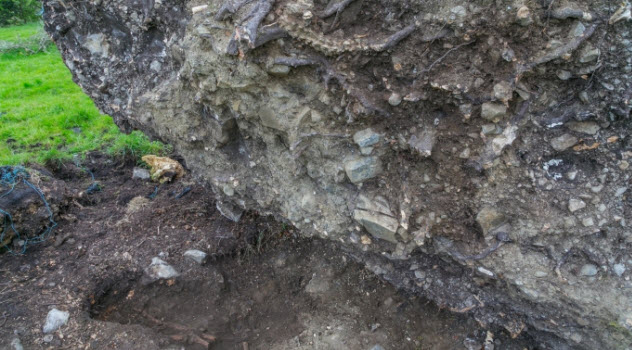 After a coastal storm toppled a 215-year-old tree in Ireland, its roots were gripping the skeleton of a murdered medieval teenager. By chance, someone had planted the beech tree on the grave around 1800 and it grew down into the youth’s remains. When the tree crashed, the root system tore off the top half of the body and lifted it from the grave while the rest remained behind.

The bones tell quite a story. Between 17 and 20 years old, the young man ate well enough to have belonged to the upper crust. Yet he already had spinal disease from performing physical labor since a very young age.

He attempted but failed to fight off a violent death. Two nicks to his ribs fit with knife stabs. The strongest evidence that a blade caused the teen’s death was a clear stab wound to his left hand, as if he was trying to ward off his attacker.