A hapax legomenon is a word or phase that is unique. It appears only one time in an entire body of text. Hapax legomena can occur either in a single text or in an author’s entire works of literature, and they appear in ancient languages—Greek, Roman, Hebrew, Old English—as well as in computer science programming languages. No one can be sure of the exact meaning of these 10 instances of hapex legomena, so we can only guess their definitions based on limited context clues. 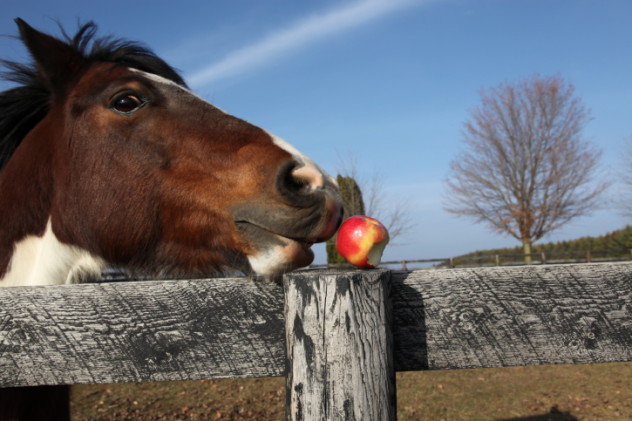 Aeppelfealu appears exactly once in the entire existing Old English canon, in Beowulf. The author of Beowulf, whose identity itself is a mystery, probably combined the words appel (meaning apple) and fealo (a word that refers to a variety of colors) to create the compound word aeppelfealu. In context, the word describes the color of horses, so we know it’s a very specific adjective.

Because apples come in a spectrum of colors, from green to red to multi-hued, we can’t be sure what specific color the author meant with this word. Additionally, scholars don’t agree on the exact definition of fealo. It refers to different colors in different contexts—a pale yellow or golden color that shades into red, brown, or even green. In context, aeppelfealu probably refers to a yellowish green that gradually fades into a specific shade of light brown or burgundy, but we can’t be sure. 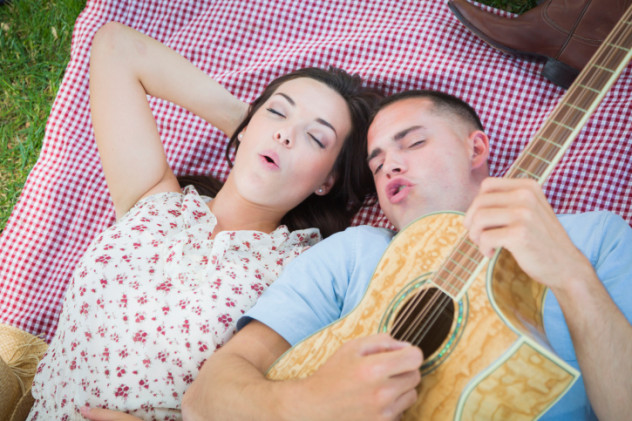 The word emodulanda appears in Ovid’s “Amores,” published in 16 B.C. In the “Amores,” Ovid presents love poetry in elegiac couplets about his crush on a girl named Corinna. Occurring in the last line in Book 1.1, emodulanda is a gerundive—the future passive participle verb form—that does not appear anywhere else in all of Latin literature.

In context, Ovid is telling his audience that love rather than war will be the topic of his poetry, and that elegiac couplets are the appropriate meter with which to describe romantic love. Ovid emphasizes the word emodulanda by boldly placing it near the middle of the line of poetry, but scholars haven’t reached a consensus about its meaning.

Some classicists think it’s synonymous with the verb modulor, meaning “to sing in a rhythm,” and Ovid simply needed the extra syllable to fit the meter. Other classicists, however, point out that Ovid and his peers purposefully used the e/ex prefix to indicate a completeness or fullness. So, the exact meaning of emodulanda remains elusive, but Ovid probably uses it to convey his feeling that his elegiac couplets are the best, most complete way to sing and celebrate his muse, Corinna. 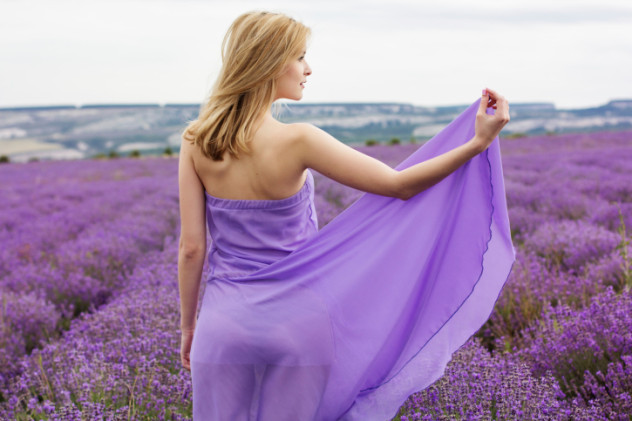 Bacciballum is a Latin noun of uncertain origin and meaning that appears in The Satyricon, a satirical Roman novel written by Gaius Petronius Arbiter during the reign of the emperor Nero. In a section about a banquet hosted by Trimalchio, a former slave and member of the nouveau riche, Petronius criticizes Trimalchio’s tacky, ostentatious display of wealth. In context, bacciballum is an adjective that refers to the beautiful Melissa from Tarentum, a Greek colony in southern Italy. Some scholars believe that bacciballum is a vulgar colloquialism that refers to an attractive woman, like a “piece.” Other scholars think the word is a diminutive of bacca, a Latin word meaning “berry” or “pearl,” and refers to Melissa’s juicy plumpness or round shape. We may never know exactly what Latin slang like bacciballum means, but it’s probably a crude word to compliment a woman’s appearance. 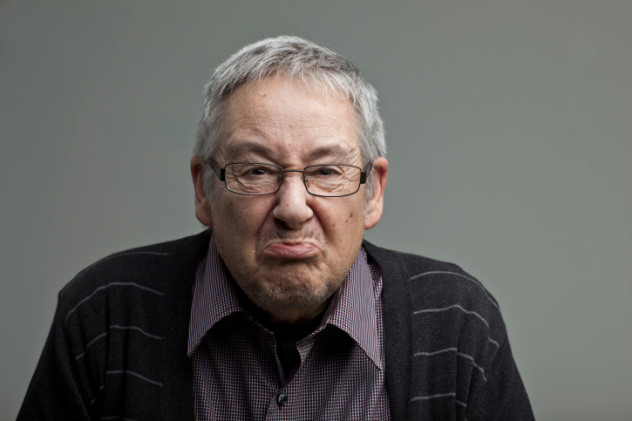 In Book II of Homer’s Iliad, Homer uses a word that can be transliterated as pholkos to describe Thersites, a Greek soldier who fought in the Trojan War. The problem is that pholkos doesn’t appear anywhere else in all of the ancient Greek texts we have; it only appears in line 217 of Book II of the Iliad as well as a few old scholarly commentaries about this passage of the Iliad.

In context, we know that the word is an adjective that describes how ugly Thersites is. He’s a balding hunchback who wouldn’t shut up at a banquet, and Achilles and Odysseus hated him. Some ancient scholars thought pholkos is derived etymologically from an ancient Greek word that means “one who draws up the eyes,” or someone with narrow, squinty eyes, while others believed that it referred to Thersites being circumcised. Modern translators don’t think pholkos refers to Thersites’ eyes at all, but rather to how his bowleggedness and how he dragged his foot behind him and limped. With all these differing opinions, we may never know exactly what Homer meant with pholkos. 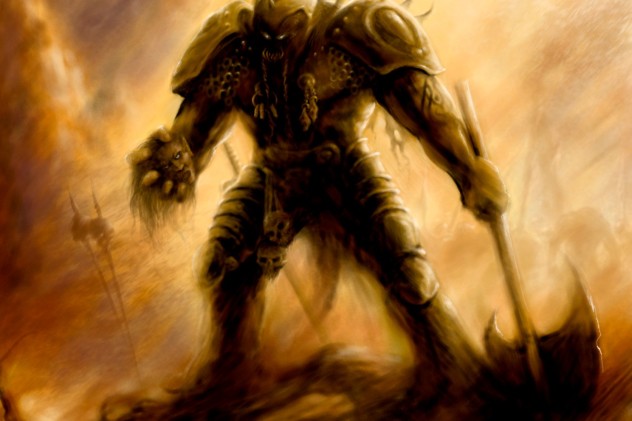 Orcneas is another hapax legomenon that appears in Beowulf. In line 112, the author lists the evil offspring of Cain: giants and elves and orcneas. From this context, we know that orcneas is probably the plural form of a noun that refers to some sort of mythical creature, and a beastly one at that.

Although we’re not exactly sure what orcneas means, scholars believe that it is related to the word orc, the Latin word orcus, and the suffix -neas. The word orc appears twice in Beowulf and refers to a cup of precious metal or treasure, which doesn’t seem related to orcneas. Another meaning of orc in Old English, though, is “ogre,” which makes more sense in the context of giants and elves.

In ancient Roman mythology, Orcus is god of the Underworld, and -neas means “corpses,” so orcneas could refer to evil, demonic spirits or hellish monsters. Inspired by reading the word orcneas in Beowulf, English fantasy writer J.R.R. Tolkien later coined the word “orc” to refer to an evil race of creatures. 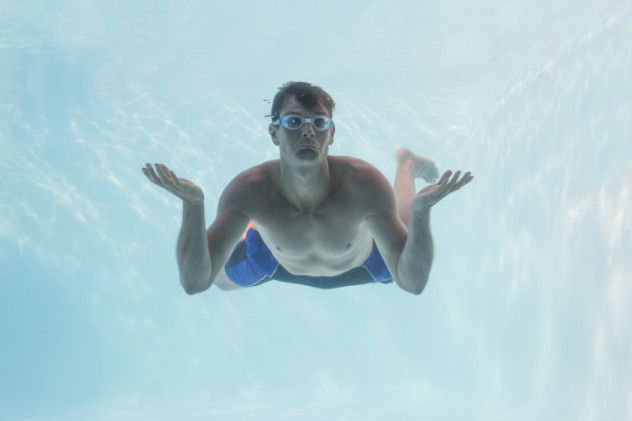 Ever heard the word nep? It occurs exactly once in all of literature, in the Old English poem “Exodus,” a heroic epic that tells the story of the Israelites leaving Egypt and crossing the Red Sea. Old English scholars have admitted that they’re baffled by nep, and they’ve offered many unsatisfactory explanations for the word.

Nep may be related to an Old English compound word nepjlod, meaning “water at low tide,” which would tie in thematically with the water and Red Sea imagery in “Exodus.” But in context, nep is in a passage about a dying Egyptian, not about water. Other linguists think that nep is the result of a transcription error and should have been neh (near), weg (path), or neck. Still other scholars think that nep means “lacking” or “deprived of” based on the context clues. To confuse matters even more, a similar word—neap—could be related but didn’t appear in any English form until much later in the 1400s. 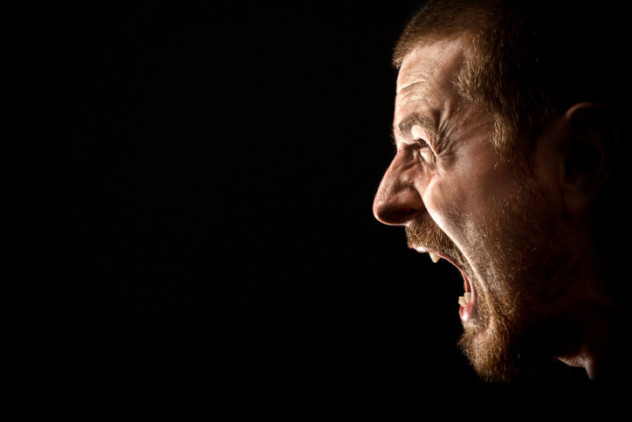 Terricrepo is a Latin hapax legomenon in the eighth book of Confessions, an autobiographical work by St. Augustine of Hippo. Describing his regrets about his sinful and immoral life, Augustine writes about his journey toward converting to Christianity. The eighth book of Confessions is a pivotal point because Augustine overcomes his uncertainty and ultimately commits to becoming a Christian.

In context, terricrepo refers to Victorinus, a man who had been a vociferous defender of paganism before later converting to Christianity. A true believer in the Roman gods rather than Christ, Victorinus expressed his beliefs with a terricrepo mouth. Classicists believe that terricrepo probably refers to a loud, thunderous way of speaking, although they disagree about how forceful the word’s connotations are. The meaning of terricrepo could suggest that Victorinus used his words to intimidate or terrify his opponents. Other scholars think that terricrepo may also have an added dimension of meaning; the word could allude to Egyptian cults that worshiped animals rather than Christ, so it could have a polemical, anti-Christian sentiment. 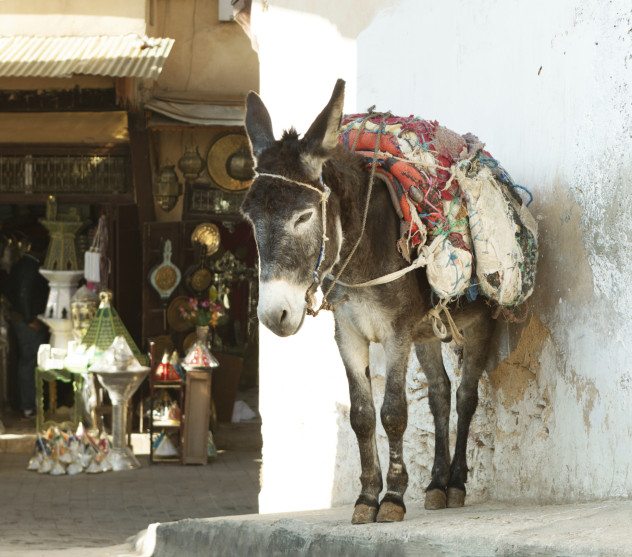 Rabbis and Hebrew scholars describe some hapax legomena in the Old Testament as elusive, mysterious, and haunting. Chashman is one of those Hebrew words, appearing in Psalms 68:31. The section in which chashman appears relates how God’s followers will come out of Egypt and raise their hands to worship the mighty God.

Chashman is a noun that refers to the stuff God’s followers will bring with them as they leave Egypt. Biblical scholars haven’t reached a consensus about the exact meaning of chashman, but suggestions include red cloth, bronze articles, a tribute, nobles, envoys, and ambassadors. Still other scholars think the word may be a typo for the word hashmannim, meaning “leaders.” Whatever chashman means, the important idea behind it is that whatever it is, God is being praised with it. 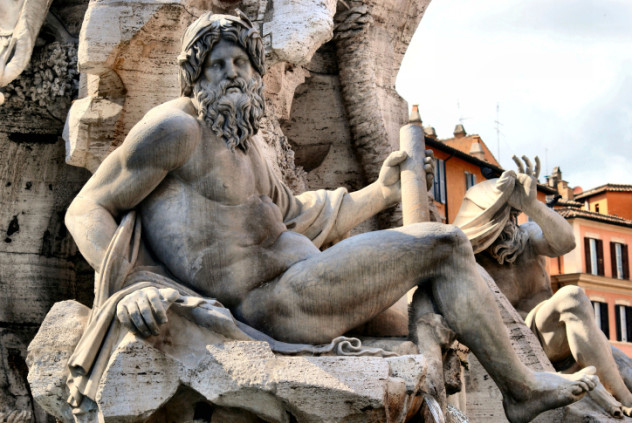 Pindar, an Ancient Greek poet, wrote a series of Olympian Odes to celebrate the winning athletes in the ancient Olympic games. In his ninth Olympian Ode, Pindar used the word baruopa to describe Zeus.

Zeus’ thunderbolt was a literal and symbolic representation of his power as king of the gods, and baruopa is an adjective that describes Zeus, the lord of thunder. In context, Pindar describes how Zeus ordered the repopulation of the Earth after a major flood. Translations of baruopa vary between “deep-voiced,” “thundering,” “flashing,” “bright,” and “bickering.” Scholars disagree about whether the word connotes a sense of abruptness and violence, or whether it indicates a more benevolent, encouraging approach since Zeus used thunder to communicate with mortals.

Baruopa probably derives from an ancient Greek adjective that meant “quick” or “nimble” (if it described animals) or “spotted” or “glittering” (if it described armor). Scholars disagree about the exact connotations of the complex word baruopa, which may also include a sense of visual bright lightning or of victory itself, which would be fitting for Olympic Game winners, but the generally accepted meaning of the word is the sound of loud thunderclaps. 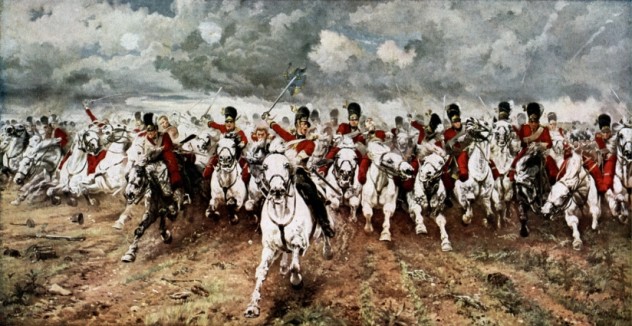 Polemophthoroisin is a word that appears only once in all of ancient Greek literature—in line 653 of The Persians by Aeschylus. A Greek tragedy, The Persians is a trilogy of plays about divine retribution and the wars between Greece and Persia. Polemophthoroisin is a compound adjective, most likely from Polemos, the divine personification of war in Greek mythology, and phtheiro, a verb meaning “to ruin or destroy.”

In context, polemophthoroisin modifies the word atais, which means “disasters.” Most classicists translate polemophthoroisin as “wasting by war” or “war-destroying,” but why Aeschylus used this hapax legomenon is a mystery. Perhaps Aeschylus created this new compound word to emphasize the disastrous nature of the Greco-Persian wars, or maybe he was trying to convey a more nuanced meaning that has been lost in translation.