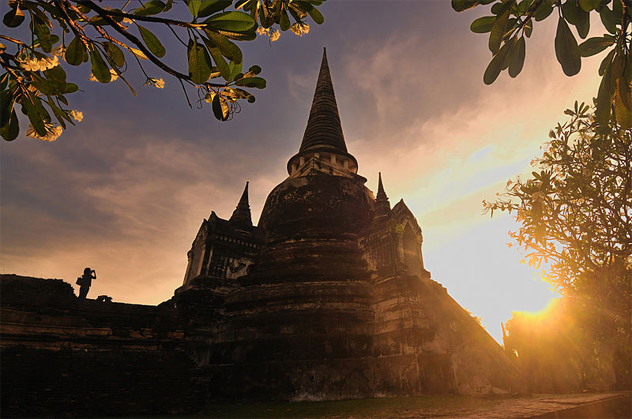 Wat Phra Si Sanphet, or the Temple of the Buddha Si Sanphet, was built around the 15th century. Unlike Thailand’s other temples, monks were not allowed to live in it. Instead, it was used exclusively for storing royal items and conducting royal ceremonies.

In 1491, King Ramathibodi II added two chedis to the temple to hold the remains of members of his family. Chedis are a vital part of Thailand’s temples. They’re built after the body of a deceased loved one has been cremated, and the ashes of the dead are usually kept inside.

It was this statue that later popularized the temple and gave it its name. Unfortunately, the gold covering the statue was looted in 1767 by the invading Burmese army, who also destroyed much of the temple. 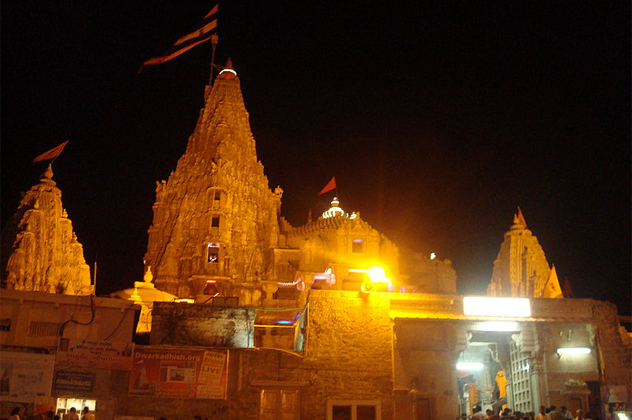 Suvarna Dwarka, a town in ancient Anarta, India, was the capital city of Lord Krishna’s kingdom. It’s the home of the Dwarkadhish temple, which is regarded as one of the holiest places in the world by Hindus. It is also their most important site for pilgrimages.

Its main idol is an image of Krishna depicted as the god Vishnu, with four arms. It is believed that Krishna is an incarnation of Vishnu. There are also idols of Baldejvi (Krishna’s brother) and Pradyumna and Aniruddha (Krishna’s son and grandson). There are also several other shrines dedicated to his mother, Shiva, and Vishnu himself.

The temple is an imposing five-story building with 72 pillars and a 78-meter-high (255 ft) temple spire. On top of the temple is a 25-meter (84 ft) flag with images of the Sun and the Moon. The 2,500-year-old temple has two entrances: Its northern entrance is called “Moksha Dwara,” which means “Door to Salvation,” and its southern entrance is called “Swarga Dwara,” which means “Gate to Heaven.” 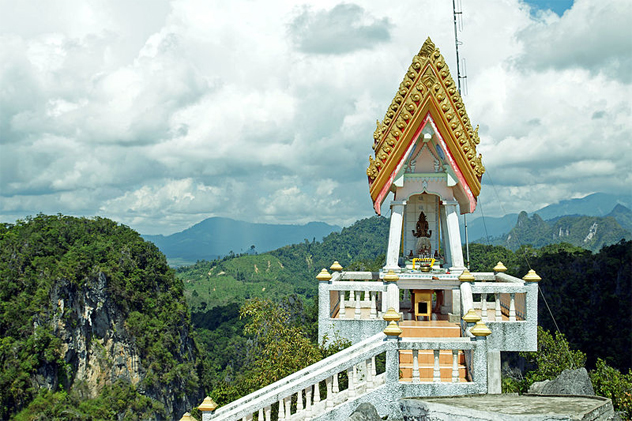 Wat Tham Suea is located in Thailand and was given the name “Tiger Cave Temple” after the tiger’s paw prints that line the walls of the limestone cave in which it was built. It’s considered a holy site by the Buddhists in Krabi, Thailand.

About 250 monks and nuns presently live in and maintain the temple. Tourists come as much for the temple as for the breathtaking natural beauty of the surrounding forest. Massive banyan trees grow everywhere, and one of these—nicknamed the “Wonderful Tree”—is believed to have the largest root system of any tree in Thailand. Archaeologists have also unearthed idols, beads, pottery, and tools made during the Stone Age in the area around the temple.

Tiger Cave Temple is surrounded by several cells that were built into the caves and cliffs around the main building; these natural dormitories serve as the living quarters for the monks. The temple itself is filled with skulls, skeletons, and explicit paintings. The most extraordinary part of the temple is probably the shrine at its top, but to get there you’ll have to trudge up 1,200 steps. 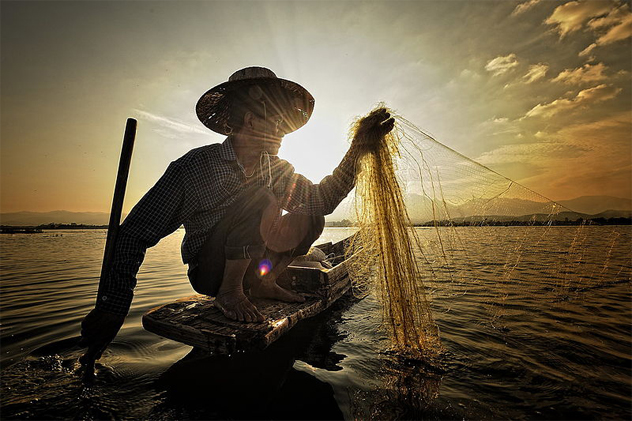 Wat Tilam Aram is over 500 years old, and while it comes with a grab bag of interesting historical facts, most of its intrigue comes from its recent history. The temple is believed to have being built by King Tilokanart of the Mengrai dynasty and was deliberately submerged more than 68 years ago during the construction of Phayao Lake.

Recent attempts to drain the water around the temple have been met with resistance because doing so might cause more damage to the temple than anything the water could do. The project could also affect fishing in the area and cause damage to the ecosystem.

The plan was eventually shelved and a floating platform was built over the underwater temple instead. The temple itself has suffered extensive damage, and all that remains of it are four poles, some debris, and a massive concrete wall.

6Pyramid Of The Magician 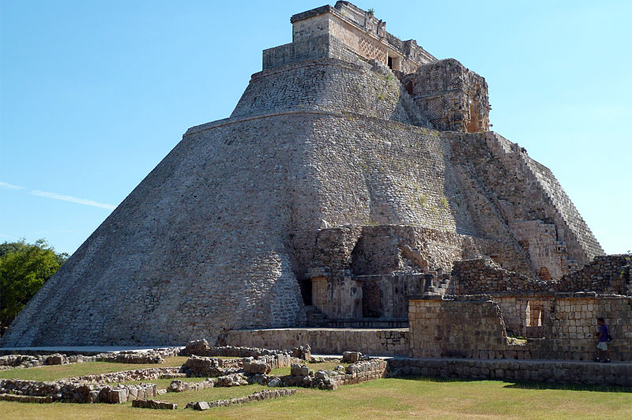 Uxmal, which means “built thrice,” is a destroyed Mayan city in Yucatan, Mexico. It was declared a World Heritage Site by UNESCO in 1996. One of its major landmarks is the “Pyramid of the Magician,” which is also called the “House of the Dwarf” because of the belief that it was built by a dwarf who hatched from an egg. According to legend, the dwarf grew into an adult in a day and built the pyramid in a night. In reality, the pyramid was constructed in the sixth century.

Standing an impressive 35 meters (115 ft) tall, the pyramid is the biggest building in Uxmal. It actually contains several temples that were built before the pyramid itself was erected—it wasn’t uncommon for the Maya to construct new buildings on top of older ones. Temple IV—one of the temples at the top of the pyramid—has 12 masks hung around its doorway. The masks were originally believed to represent Chac, the god of rain, but this has been disputed.

Another temple at the top, Temple V, was built around A.D. 1000. It might have been inspired by the Governor’s Palace, which stood nearby.

5Temple Of The Inscriptions 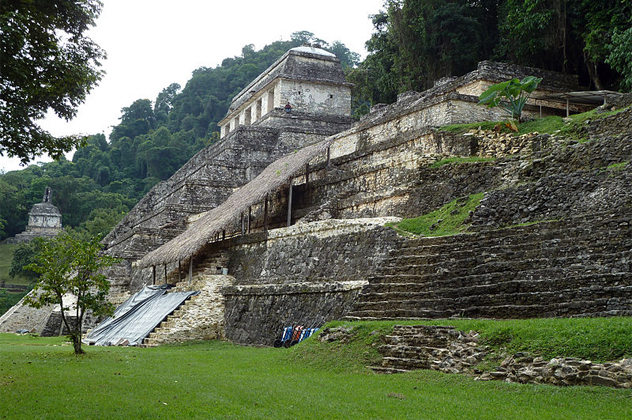 The Temple of the Inscriptions is another Mayan temple built on top of a pyramid that was erected between A.D. 672 and 682. The 20-meter-tall (66 ft) temple has four pillars decorated with the image of several adults carrying a deformed child who has a snake-like leg with six toes.

The name of the temple was derived from the three tablets inside, which are marked with Mayan glyphs and date as far back as A.D. 692. One is inscribed with the names of early Mayan kings before King Pakal, while another gives information about the life of Pakal himself. They also give information about the future—the year 4772, to be exact. The temple also contains one of the most popular iconographic monuments in Mayan history: the lid of a stone coffin showing Pakal falling into the world below at the time of his death.

The town of Palenque—where the Temple of the Inscriptions stands—was abandoned completely forgotten until 1773, when it was discovered, lost, and discovered again. No one knows its real Mayan name. The name it bears today came from the neighboring village of Santo Domingo de Palenque.

The Hindu population of Afghanistan has been greatly reduced in recent years because of pressure from the Mujahideen and the Taliban, which forced them to flee to India. Within nine years, the numbers of Hindu worshipers in Afghanistan fell from 20,000 families to just 500 families.

Asamai Temple in Kabul is one of the few temples still standing in Afghanistan today. It is named after the Asamai Mountain, or Koh-i-Asamai. The Asamai Mountain itself is named after Asha, the goddess of hope. According to legend, Asha lives at the very top of the mountain. It is believed that the fire in the temple, the Perpetual Light or Akhand Jyoti, has been burning continuously for 4,000 years.

Inside the temple is the Panjshir Ka Jogi stone, which is believed to be hundreds of years old. It is named after a Hindu ascetic who used to meditate in the Panjshir Valley. After being harassed by the local populace, he was forced to turn himself into a stone. 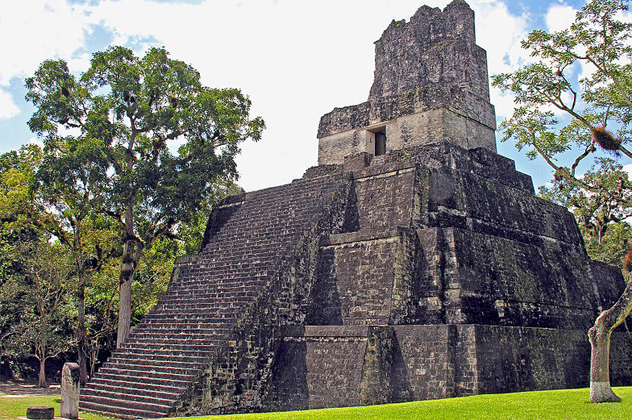 The Temple of the Great Jaguar was constructed by Ah Cacao, who was also known as Jasaw Chan K’awiil. Ah Cacao was responsible for bringing Tilak back to its original position of affluence and power after a stagnant period of more than 150 years in which no new buildings were built and no important event was recorded.

Much unlike many other buildings in Tilak, the Great Plaza Temples were built within a short time. Ah Cacao was able to complete the construction of Temple II but left Temple I—which was to be his own final resting place—to be completed by his son. Ancient Maya believed that Temple I was the gateway to the underworld.

When Ah Cacao passed away, his son buried him with pottery, jade, and shells and then built Temple I over his tomb. The burial of Ah Cacao in Temple I was also a break from the norm—according to tradition, the kings of Tilak were usually buried in the North Acropolis. 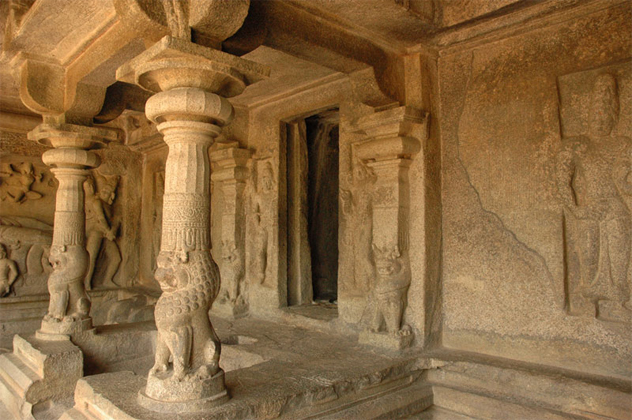 The Varaha Cave Temple in Mahabalipuram, India was built straight into a mountainside in the seventh century. It’s dedicated to Vishnu, and it holds some of the most intricate Hindu rock-cut sculptures in the world. These include highly detailed two-dimensional sculptures of Lakshmi, Durga, and Varaha, the boar-shaped incarnation of Vishnu. The temple’s pillars are carved to look like lions, and several panels show Varaha carrying Bhudevi—the goddess of mother Earth—out of the ocean.

There are also sculptures of Vishnu saving the Earth and several others of Durga, Gajalakshmi, and many mythological creations. One shows Durga and Trivikrama killing Mahishasura, a demon with a buffalo head and a human body. Gajalakshmi is also depicted sitting on a lotus while being bathed by elephants. 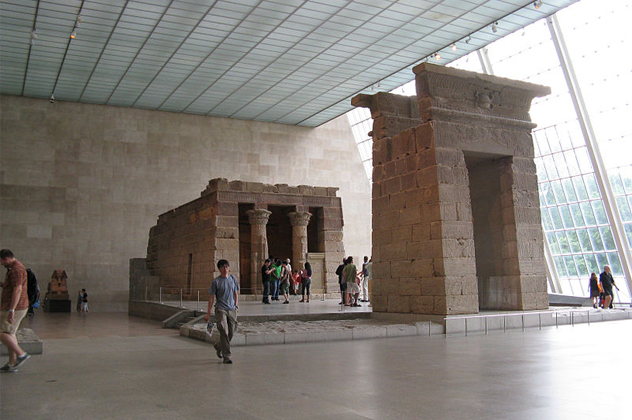 The Temple of Dendur is an Egyptian temple presently in New York. It was built in Egypt in 15 B.C. during the reign of Roman emperor Augustus Caesar. The temple was given to the United States in 1965 and is presently displayed in the Metropolitan Museum of Art. It honors the goddess Isis and two other gods, Harpocrates and Osiris. It also honors Peteese and Pihor, the sons of a Nubian chief who assisted the Romans during war.

The Temple of Dendur used to sit on the banks of the Nile, close to the Egyptian town of Tutzis. It was removed from its original site along with several other temples to prevent it from being damaged by the rising waters of Lake Nasser. While most of the other temples were simply moved to higher ground, Egypt decided to give the Temple of Dendur to the US as a show of thanks for helping with the temple-moving project. The temple was dismantled into 642 blocks which weighed more than 800 tons in total before being packed into 661 crates and shipped to the US.