So what if someone broke into your house and was hiding somewhere? It’s the stuff of urban legends, but the following stories are anything but fictional. 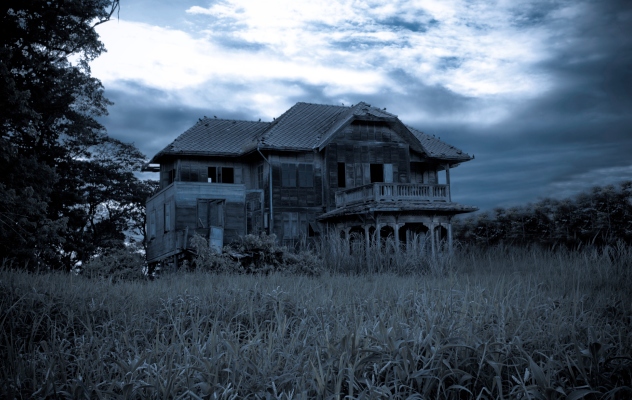 By September 1941, Theodore Edward Coneys had fallen on hard times, so he went to visit his old friend Philip Peters, whom he hadn’t seen in many years. When Coney got to the house in Denver, Colorado, he found it empty and unlocked. Peters was out to see his wife—who had broken a hip—in the hospital. So Coneys let himself into the house. Inside, he found a small door that led to a tiny attic room. Coneys, who was a rather small man, managed to get into the room and decided it was better than living on the streets for the winter. He lived there for a few weeks. Whenever Peters left the house, Coneys slipped out of his hiding spot, helped himself to some food, and used the bathroom. That lasted until October 17. On that day, Coneys slipped out of his attic room and started cooking, but Peters hadn’t gone out. He was actually napping and was startled by Coneys, whom he didn’t recognize. Coneys attacked Peters and pistol-whipped the 73-year-old man to death.

Instead of fleeing, Coneys went back into his hiding spot. Police were called after friends discovered the body, but the police were incredibly puzzled by the crime scene. All the doors and windows were locked, so they were unsure how the killer got in and left the house. A short time later, Peters’s wife returned to the home and hired a series of housekeepers. However, they kept leaving, because they were sure the house was haunted, so the woman ended up moving in with her son. Coneys, on the other hand, stayed right where he was.

When people passed the house, they’d see lights or hear strange sounds. The police investigated but could never find anyone in the house, so people assumed the house was haunted. Eventually, the police started doing surveillance on the house. On July 30, 1942, 11 months after moving in, the police finally saw Coneys move a curtain, exposing his face. They raided the house and caught Coneys climbing into his attic room. They had always assumed the door was too small for anyone to fit through.

Coneys was arrested and convicted of murdering Peters. He died on May 16, 1967, in a prison hospital.

It shouldn’t be a surprise to anyone reading this, but celebrities can have problems with stalkers. One person stalking singer and actress Jennifer Lopez was a man named John M. Dubis. Lopez already had an order of protection against the 49-year-old man because he had a habit of stalking her, but that didn’t stop Dubis from breaking into the pool house of Lopez’s $10-million mansion in Southampton, New York.

On August 8, 2013, workers at the house discovered Dubis on the property and called the police. It turned out that Dubis had been living in the pool house for an entire week before anyone noticed, despite there being security at the house. Dubis even posted Facebook pictures he had taken all around the property. Lopez was not at that home while Dubis had taken up residence in the pool house. Dubis was arrested and charged with burglary, criminal contempt, and stalking. 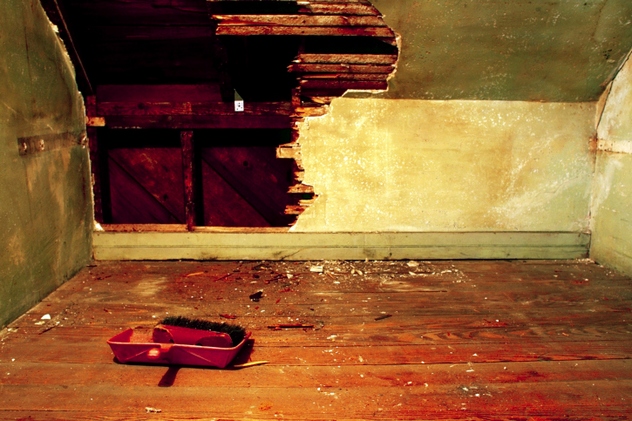 In Kunshan, China, a man with the surname Wang started noticing that things in his home, like money and food, were going missing in March 2014. However, Wang couldn’t figure out who was doing it, because he always locked the doors and windows when leaving his apartment. He became especially diligent at locking up after things started to go missing. Finally, on May 29, 2014, Wang called the police when he returned home to find himself locked out of his apartment.

The police searched the apartment and found a hole in the kitchen ceiling that led to the attic of the three-story apartment building where Wang resided. Inside the attic, they found a homeless man named Zeng, who managed to get into the attic from outside the building. He had been sneaking into both Wang’s and a neighboring apartment to steal money and cook for himself. In total, he’d stolen about 2,000 yuan ($320). 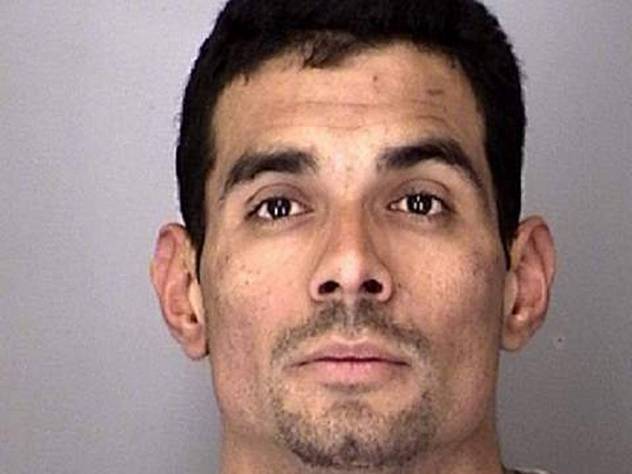 In December 2010, an unidentified woman in Modesto, California was getting worried—there were strange things going on in her house, and she was sure it had something to do with her ex-boyfriend, 27-year-old Miguel Lua. She was very suspicious and believed that Lua may have broken into her house. One night, the woman plugged in her cell phone to charge overnight. When she went to retrieve it, the phone was missing. She called the police, and they searched the house.

In the attic, they found Lua hiding under some insulation. It appeared that he had been there for some time, spying on his ex-girlfriend. Lua had taken the cell phone to see if she was calling other guys. Lua was arrested, and it turned out this wasn’t the first time he entered an ex-girlfriend’s house without permission. In July 2010, he was arrested for a similar crime, and that ex had two restraining orders against him.

In September 2013, an off-campus house near Ohio State University was a busy place with lots of people coming and going. This is why, at first, the nine students living there did not think anything too unusual was going on when the cupboards were left open or the microwave door wasn’t closed. However, this kept happening. The students started to investigate, and it made them wonder what was behind the locked door in the basement.

Before the strange happenings, the residents believed that it was a door to a utility closet. So some of the residents got a maintenance team from the property company to break down the door. When they did, they found a fully furnished room with textbooks, framed pictures, and even a sink and a toilet. That night, they changed the locks on the house.

The squatter—who was an OSU student identified only as “Jeremy”—got a hold of the people living in the house and asked if he could collect his stuff, which they allowed him to do. One of the residents had previously seen Jeremy but thought he was just someone’s friend. Jeremy had gotten a key from his cousin, who’d lived in the house the summer before.

In Yelm, Washington, 73-year-old Velma Kellen wasn’t sure what to make of the strange things happening around her house. She would find her back gate open, even though she knew for sure that she’d closed it. She also picked up an odd smell, which she described as similar to cigarette smoke but weirder. When it got to be wintertime, Kellen noticed that she was having problems heating her house. So she called a repairman to come look at the ventilation.

When he inspected the underside of the house, the repairman discovered that someone had been squatting in a crawl space and had cut the vent to heat it. In the crawl space, they discovered alcohol bottles. Amazingly, none of Kellen’s three dogs had barked or detected anyone below the house. It is unclear how long the person, or persons, were squatting there, but it is believed that they were doing it for up to a year. 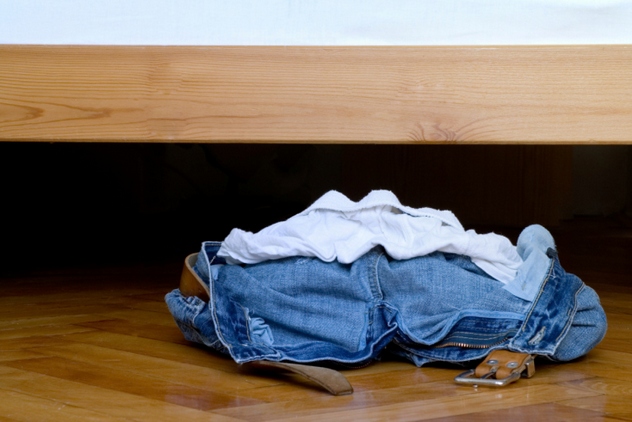 Castellanos-Feria was arrested. When police searched his home, they found six framed pictures of Fredenburg-Onion, another stack of unframed pictures, and a video from her first wedding. Castellanos-Feria had broken into the house of his victim’s ex-husband to obtain the material. He was convicted and sentenced to 38 months in prison. The creepy story was made into a movie called Under the Bed by one of the co-directors of The Blair Witch Project. 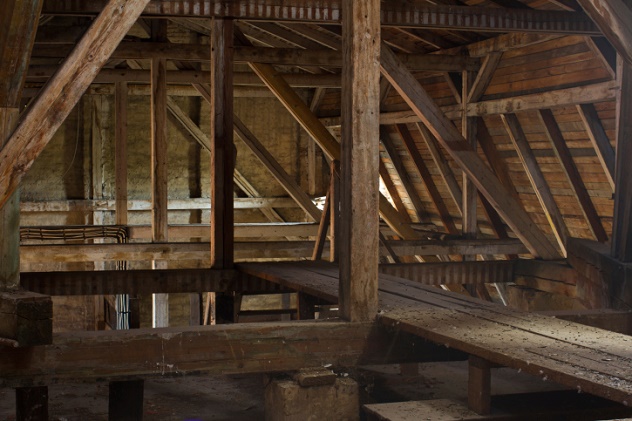 In 2008, in Wilkes-Barre, Pennsylvania, the Ferrance family started noticing strange sounds in the house during the days leading up to Christmas. At first, Stacy Ferrance just assumed that the cats or one of her three children were making the noises. On Christmas Day, a few things went missing at two separate times—first in the afternoon, then in the evening. It was as if someone had broken into their house twice and stolen some of their Christmas presents, so the family notified the police. The following day, they found footprints in the closet of one of the bedrooms, which led into the attic. They called the police again, and the police brought a dog with them. In the attic, they found 21-year-old Stanley Carter. He was wearing Stacy’s sweatshirt and sneakers and her daughter’s pants.

Carter had been staying with the residents of the other part of the duplex, connected to the Ferrance family’s home. They had asked him to leave and discovered him missing on December 19. Presumably, that’s when Carter entered the shared attic space. In July 2009, he was convicted and sentenced to up to 23 months in jail. 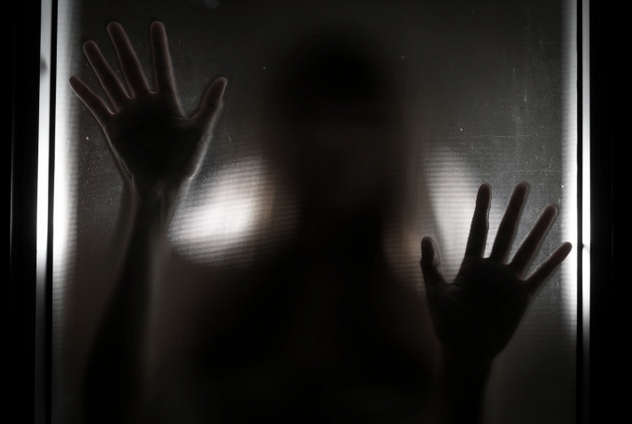 In 2008, a 57-year-old man living in Kasuya, Japan was convinced that someone was repeatedly breaking into his home and stealing food. However, he didn’t know how that was possible: The man was sure that he locked all the doors and windows when he left. Yet someone kept stealing food. So the man set up a surveillance camera that could send images to his cell phone. One day, while he was out, he saw that an intruder was lurking about his home. The man called the police, who arrived only to find the home securely locked.

Once inside, they looked around the home and found 58-year-old Tatsuko Horikawa hiding in the closet. It turned out that the homeless woman had been living on the top shelf of the man’s closet for about a year. Horikawa had sneaked inside when the man left the house without locking the door. It is believed that the woman also squatted in other people’s houses. She avoided detection by being incredibly neat and showering regularly while the man was out.

Tracy, who didn’t want her last name revealed, was a single mother of five who lived in a house in Rock Hill, South Carolina. In September 2012, she started to notice weird sounds coming from the attic, and nails were popping out of the ceiling. Tracy and two of her sons went into the attic to investigate but didn’t find anything out of the norm. Her children thought she was just being delusional, but Tracy was sure there was something going on and felt really uneasy.

One night, when Tracy was working on her laptop in the bedroom, a little bit of plaster fell on her from the movement in the attic. Another night, at 2:30 AM, Tracy heard a loud noise and knew that someone or something was up there. Tracy got her nephew to look into the attic. There, in the back corner, was Tracy’s ex-boyfriend, whom she’d dated 12 years prior. It looked like the unnamed ex had been living there for about two weeks. Just 90 days before that, he’d gotten out of prison for stealing Tracy’s car.

In the attic, they found cups of feces and urine. They also found a hole that he had cut so he could watch Tracy in her bedroom. The ex–boyfriend fled, and no report of him being caught could be found. So you might want to check your own attic before going to bed tonight.