Do you think going to see a play is boring? You won’t after learning about some of these theatrical productions, which utilized more fake (or real) blood, violence, and terrifying glimpses into the human psyche than most horror movies. 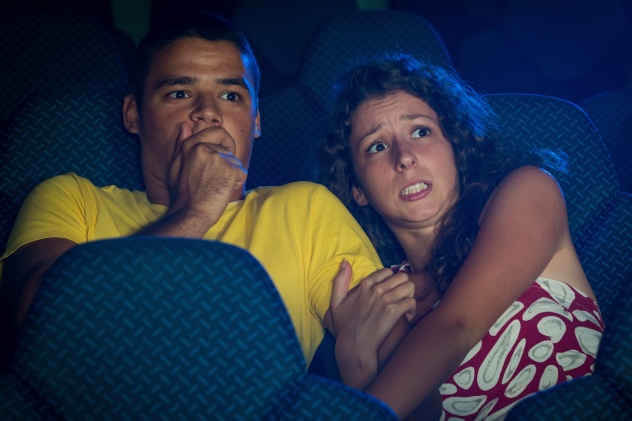 If we were to visit Paris in the early part of the 20th century, we would almost certainly want to stop at the Grand Guginol Theatre, a tiny structure packed into a converted church that specialized in putting on horrific and bloody plays. The main themes of the Guginol’s performances were insanity and fear, featuring a range of subjects that were often ripped from the headlines of French society, including necrophilia, drug use, serial murder, and the ravages of disease.

The producers of the Grand Guginol took their work seriously and often pushed social and technical boundaries. One prominent playwright measured the success of his plays by how many audience members fainted and kept a doctor on hand just in case. The novelist Andre de Lorde, who wrote a number of plays for the Grand Guginol, collaborated with a psychologist on several of his works. Also, actress Paula Maxa might have been the original scream queen; she was called “the most assassinated woman in the world” because of all the different deaths that she acted out onstage.

Throughout its life, the Grand Guginol tangled with censors while struggling to maintain a consistent output of gore and terror. By the end of World War II, many felt the theater had fallen into self-parody, and it closed in the 1960s, no longer relevant to audiences who had experienced the horrors of war firsthand. 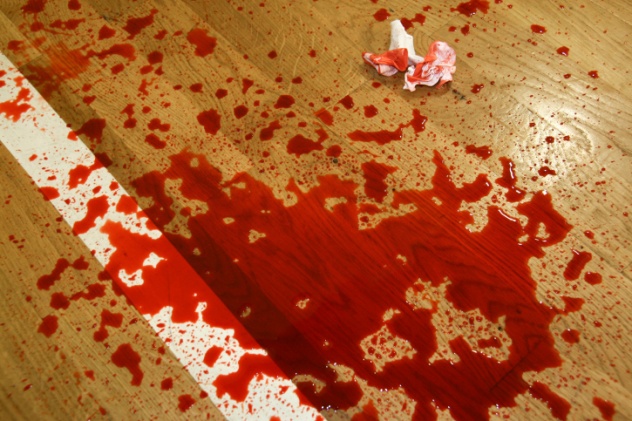 In one three-day performance that involved 100 musicians and 200 actors, Nitsch oversaw the ritual slaughtering of live animals. The animals’ blood was then poured into the mouths of naked actors, who were laid out on stretchers in the form of a cross. A reporter who witnessed the whole gruesome event called it Nitsch’s “greatest performance.” 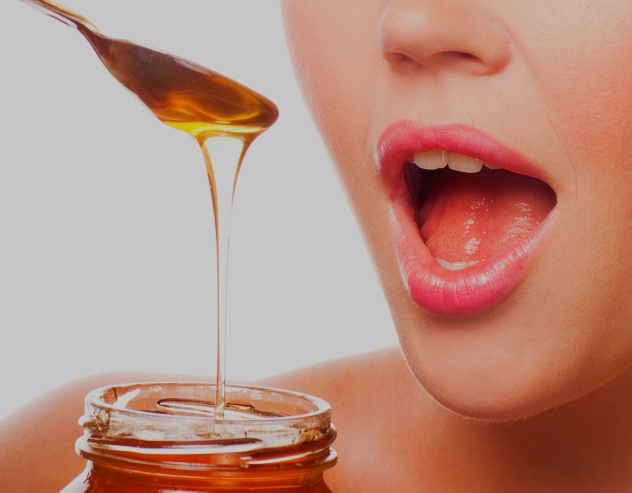 The Panic Movement (named for the Greek god Pan) was a theater collective formed by Fernando Arrabal, Alejandro Jodorowsky, and Roland Topor in the 1960s. Jodorowsky had faced censorship in his native Mexico and gone to Paris, where he met the other two artists. The group dedicated their work to confronting the bourgeois, who had been responsible for censorship by sowing discord through the most absurd performances possible. Arrabal has said that the Panic Movement is, “the critique of pure reason, it is the gang without laws and with no control.”

In Sacramental Melodrama, which was performed just once, Jodorowsky slaughtered geese on stage, covered topless women in honey, performed a fake castration, had himself whipped, used a giant crucifix as a phallus, and shot live turtles at the audience out of a giant plastic vagina. Pandemonium ensued.

Jodorowsky would go on to become a well-regarded filmmaker, directing classic films like El Topo and The Holy Mountain. But he never quite left his penchant for panic behind. His film Fando y Lis, which was written by Arrabal, caused a riot when it premiered and was banned in Mexico.

Dziady is a play that literally started a revolution. Written in the 19th century by well-known Polish writer Adam Mickiewicz, Dziady is one of the most popular Polish-language plays. The play concerns a Polish man, Gustav, who dies and returns in the form of Konrad, a revolutionary who fights against Russia for Polish nationalism.

In 1968, the Polish National Theater sought to stage a modern production of Dziady starring well-known Polish actors. The play’s political and religious themes had never been a problem in the past—it was anti-czarist, which normally pleased the Soviets—but this time, the Soviet authorities balked. They announced that Dziady would close at the end of January of that year.

This enraged the Polish public, which marched and circulated a petition in protest. This, in turn, prompted a crackdown from the Soviets, who attacked a student meeting at which the play was being discussed. This proved to be the flashpoint of the 1968 student revolt, during which anti-Soviet protests and riots spread to cities throughout Poland. However, the protests in the name of freedom had a dark side, as authorities were quick to blame the unrest on Poland’s Jews and used it as an excuse to enact a purge.

6 The Living Theatre’s The Connection And Frankenstein 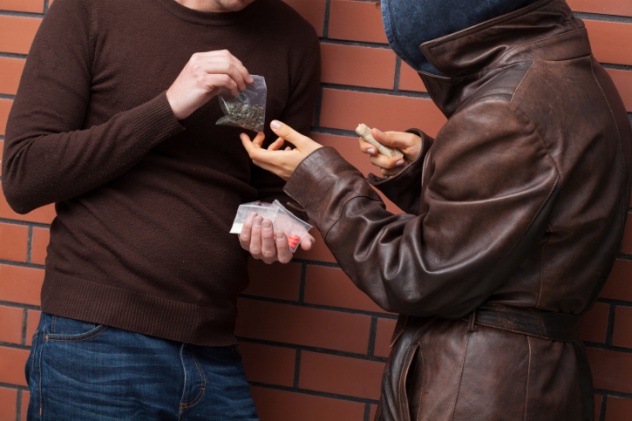 Jack Gelber’s play, The Connection, set new standards for brutality and realism in theater when it premiered in 1959. Using a “play within a play” format, it dramatizes the conversation of a group of drug addicts who are waiting for their dealer. Utilizing free-flowing dialogue, it gives the audience the unnerving sense that they are not watching a play but actually standing there at the street corner, watching the addicts go about their everyday lives. To heighten the realism, actors go out into the audience, asking for drug money. Like many of the other plays on this list, The Connection divided critics. Some of them found it to be innovative, but others viewed it as trash.

The Connection was first produced by the Living Theatre, an experimental theater group that specialized in extreme, highly political plays that sought to challenge the comfort of the audience. They have performed in unusual venues, such as steel mills and Brazilian prisons.

One of the Living Theatre’s later productions was an adaptation of Frankenstein, which they made appropriately bloody and terrifying, dramatizing executions and other killings on stage. The bodies of executed men and women were then dismembered by Dr. Frankenstein with help from Sigmund Freud.

5 Playboy Of The Western World J.M. Synge was already a well-known poet and playwright in his native Ireland when Playboy of the Western World opened there in 1907, but nothing could have prepared him for the reaction from the Irish public. In the play, a young psychopath kills his father with an axe and then brags about the murder, which endears him to the women of the town. Later on, he tries to kill again and is allowed to go free despite his crimes.

The story so shocked the Irish public that riots broke out in the streets, much of it spurned on by nationalists who were upset about how the play reflected on the Irish people and particularly the way it depicted Irish masculinity. Even some of the play’s own actors felt uncomfortable with their roles. Local councils throughout Ireland passed bans against it.

Playboy is now considered one of the great Irish plays, but Synge never lived to enjoy the acclaim. He died only two years later. 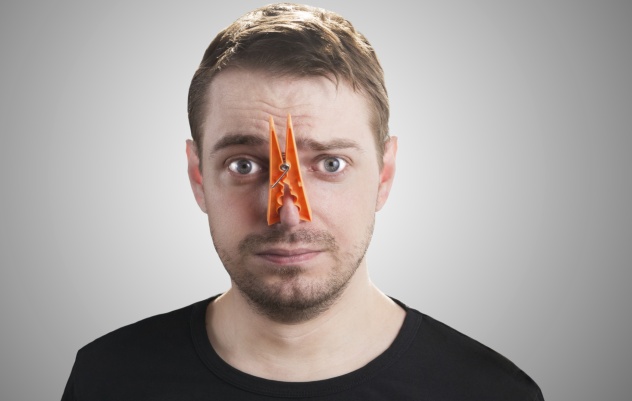 Actionism was a short-lived movement from Vienna that sought to combine art with political action. Gunter Brus took actionism farther than anyone else by making his own body part of the performance. This culminated in an impromptu performance called Kunst und Revolution in 1968. Brus, along with his associates Otto Muehl and Oswald Wiener, took over the student center at an Austrian university. Brus defecated on stage and masturbated while singing the Austrian national anthem, while the others threw beer around and talked about computers. All three were arrested, and Brus had to flee to Berlin with his family in order to avoid a jail sentence.

Although his part in Kunst und Revolution wasn’t as shocking as Brus’s, Otto Muehl would go on to eclipse Brus in notoriety. Muehl’s art always featured strong sexual overtones, and he eventually put his art where his mouth is (so to speak) and started his own commune dedicated to free love. Eventually, however, he was arrested for having sex with underage girls and went to jail. 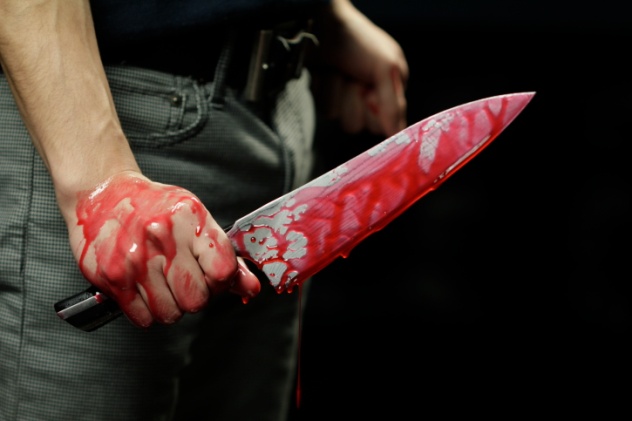 Blasted dramatizes the lives of two characters (a racist, older journalist and his young lover) who are trapped in a hotel room together as a civil war rages outside. Despite its simple setting, the story incorporates a huge amount of gruesome violence. Multiple rapes, a bombing, suicide, eye-gouging, and the cannibalism of a dead baby are just some of the horrors inflicted throughout.

Blasted was Kane’s first play, and when it premiered in London in 1995, it caused a sensation. Critics decried it as trash and wondered how it could possibly have passed all the way through the production process and onto the stage in the first place. But Kane’s tragic suicide at age 28 (she wrote only four other plays) led to a reevaluation of her work, and some of the critics who had originally panned Blasted came around to admit that it is, in fact, a vital work of art that reflects the terror of modern times. In a notorious scene in Edward Bond’s play Saved, a crying baby is found abandoned in a park by a gang of thugs. Instead of comforting the baby, the gang torments the baby, rubs their own excrement on it, and eventually stones it to death.

When the play first opened in London in the 1960s, it was decried by critics, who felt that the scene was played only for shock value. Even the fact that the throwing of stones was only mimed by the actors wasn’t enough to blunt the reaction to the scene. The government even tried to censor it to stop it from being shown, and the director was prosecuted.

But Saved also had its defenders, including the great actor Laurence Olivier, who found beauty in the brutal depictions of lower-class English life. Edward Bond has since had a long, enigmatic career in the theater, but Saved remains his most well-known work. He says that it is an important lens through which to view many of the troubles still afflicting Britain today. 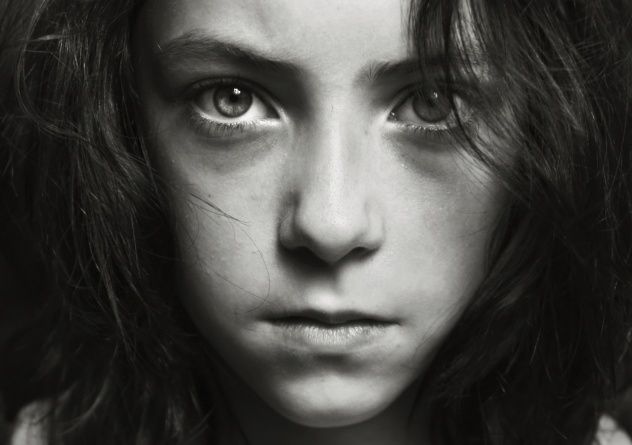 The Bad Seed lacks the visual shocks and brutal realism of many of the other entries on this list, but it makes up for it with a terrifying plot: A mother comes to realize that her eight-year-old daughter, Rhoda, is a serial murderer. As the story progresses, she also discovers that her own mother was also a serial killer and that the so-called “bad seed” may be passed down from one generation to the next.

The Bad Seed was written by Maxwell Anderson and based on a novel by William March. It was a huge hit on Broadway in the 1950s, although the critic Harold Clurman found the dialogue to be flat and the play to be lacking in suspense. But Clurman was unsettled by the reaction of the audience, noting that the way that they applauded acts of violence strangely mirrored Rhoda’s own sociopathic inability to distinguish right from wrong.

The Bad Seed was later made into a film featuring much of the original cast, which has become well known. However, the Hollywood treatment was watered down and given a different ending.