Scientific nomenclature consists of obscure Latin words which the vast majority of the population will never understand. We see those funny squiggly lines that make the foreign words in our textbooks, and we assume they refer to tedious and boring facts about reality. But there are literally no rules on how you’re allowed to name a species as long as it sounds at least vaguely Latin, and sometimes you end up with some strange cases. 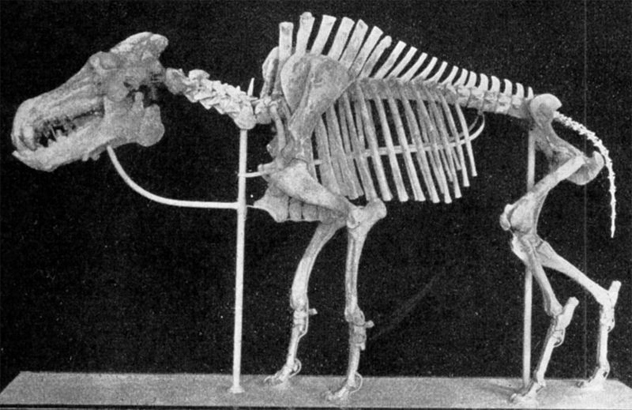 This scientific name is Latin for “Holland is a terrible pig.” No, the scientists weren’t riffing on the Netherlands—Holland refers to the director of the Carnegie Museum, W.J. Holland. He was an eminent zoologist and paleontologist (and even an ordained minister). He started his career at the University of Pittsburgh before becoming the director of the Carnegie Museum.

It was at the museum that this particular animal received its name. See, Holland was a bit of a blowhard, and his students and staff loathed him. If you’re thinking it’s a bit unfair to immortalize someone as a fat pig because they’re a little bit of a jerk, you need to know that that’s not the only reason. Holland stole a lot of his students’ credit. Even if he did not really contribute anything, he made them list him as the lead author on every one of their papers.

Apparently, Lady Gaga is really popular with scientists. Not only are wasps named after her, there is also an entire genus of ferns that share her sobriquet. The ferns are the most hilarious, especially given the reasons.

The lead researcher said that Lady Gaga’s song “Born This Way” is incredibly empowering to disenfranchised groups—like scientists who study ferns. It’s not entirely clear if the scientists were being tongue-in-cheek when they claimed that, but it is not impossible to see how scientists could feel like a marginalized group. Congress alone probably makes most scientists feel like small, picked-on nerds. But it was also Gaga’s performance at the 52nd Grammy Awards that ensured she would finally be lionized as a plant. Apparently, Gaga’s dress looked like the bisexual reproductive stage of a fern, and her “paws up” salute resembled the way a fern extends its leaves. The botanists even made it so that a DNA sequence in the ferns actually spells out GAGA. 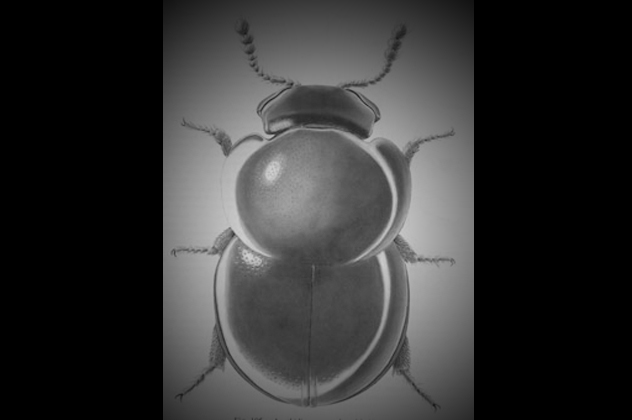 In 2005, Cornell University entomologists discovered several new species of slime-mold beetles. In an effort to thank the Bush administration, the scientists named three of them after George Bush, Dick Cheney, and Donald Rumsfeld. Strangely, though, the naming was intended to be a compliment. Bush even personally thanked them for the honor, although one has to wonder if Bush realized the implications of saying, “Gee, I really appreciate you naming a disgusting, bottom-feeding insect after me.”

The lead scientist called Bush and his friends exemplary citizens willing to stand up for freedom. Either the scientists do not understand the implications of naming Bush after a slime beetle, or they’re the greatest trolls ever. Regardless, it is quite hilarious that a slime beetle was one of the first things to bear the moniker of George Bush. Well before there was an airport, highway, or library named after the former president, there was a new species of gross insect. 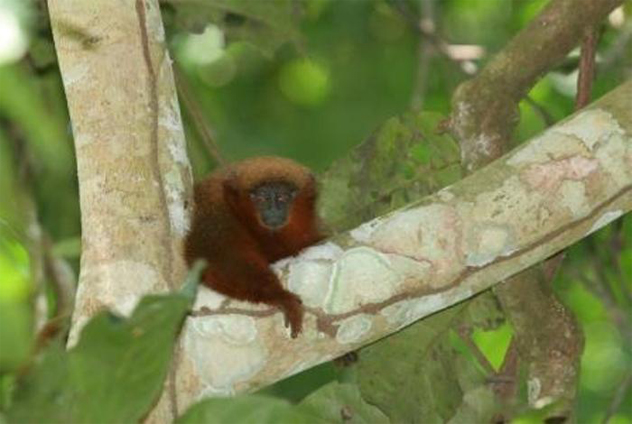 It is an unfortunate reality that environmentalists and conservation efforts are almost always severely underfunded. This was the case with the Madidi National Park in Bolivia. In an effort to raise money, the park decided to auction off the rights to name a newly discovered species of monkey found in the reserve. An Internet casino company called Goldenpalace.com ended up winning, and the company decided to go with the groundbreaking and creative name of Goldenpalace.com.

Yep, the Latin name, Callicebus aureipalatii, translates to the company’s domain name for their online gambling operation, and they spent $650,000 for that honor. The owner of the casino apparently envisions the purchase in the long-term. He imagines that his decision will be ensure a long history for his business, stating, “Thousands of years from now, the Goldenpalace.com monkey will live to carry our name through the ages.”

This isn’t the only strange PR move the company has made for name recognition. They also spent $28,000 at a different auction for a half-eaten sandwich that supposedly bore the image of the Virgin Mary. 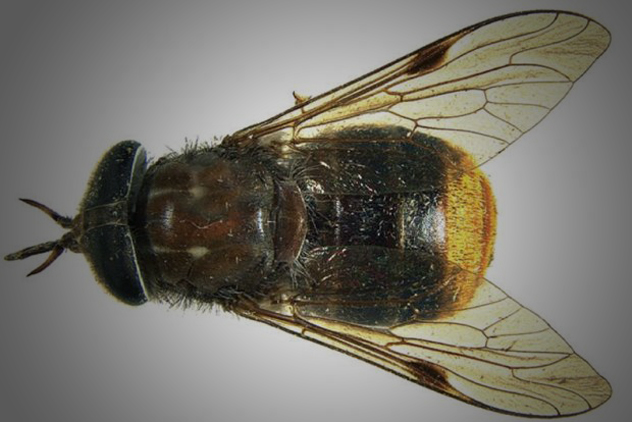 This is another creature named after a celebrity, but unlike Lady Gaga, the scientists did not choose this name because of any theme of empowerment. The Scaptia beyonceae—a rare species of horse fly—received its name for a particular feature it shares with the world’s biggest pop diva: It’s bootylicious.

When the Australian scientists discovered the new species of fly, they noticed that it had a distinguishing feature that set it apart from other horse flies. Densely packed golden-colored hairs on its abdomen gave it the appearance of having a big, shiny butt. They then, presumably, asked themselves who else in the world has a great golden butt? Logically, they chose Beyonce. The lead researcher, Bryan Lessard, said he named the fly after Beyonce because he wanted to demonstrate some of the more fun aspects of taxonomy. 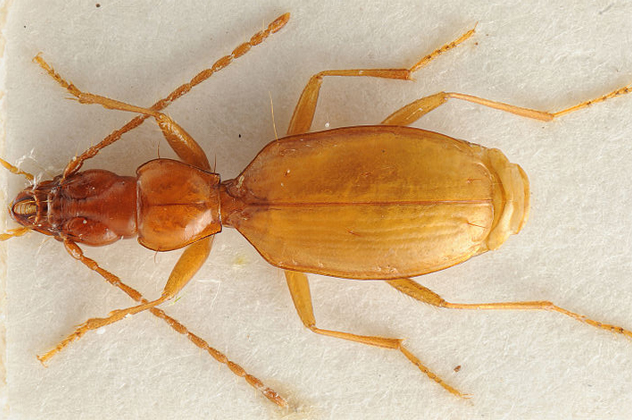 The Volkswagen is not the only beetle to be part of Hitler’s legacy. In 1933, Oscar Scheibel, a German entomologist, named a rare predatory beetle found only in the humid caves of Slovenia after the Fuhrer. When literally translated, the name means “the eyeless one of Hitler,” which completely fits with the Nazi theme of being one of the most ominous and evil organizations that has ever existed. Hitler even thanked Scheibel for the honor, but there is speculation that Scheibel did it as a subtle insult to the leader.

The biggest problem with this beetle is that being named after Hitler is driving it to extinction. No, there isn’t some bug version of Simon Wiesenthal hunting down Nazi insects, but rabid neo-Nazis who covet the last thing named after Hitler are collecting them en masse. There is an entire black market devoted to stealing and selling this endangered species. It sounds like the plot to a Mel Brooks movie, but this is the reality we live in. The Bavarian State Collection of Munich, one of the largest collections of animal and insect specimens in the world, has had almost all of their eyeless Hitlers stolen to be sold on the black market. “Poachers” who get hold of a Hitler beetle can expect to make nearly $2,000 selling it. 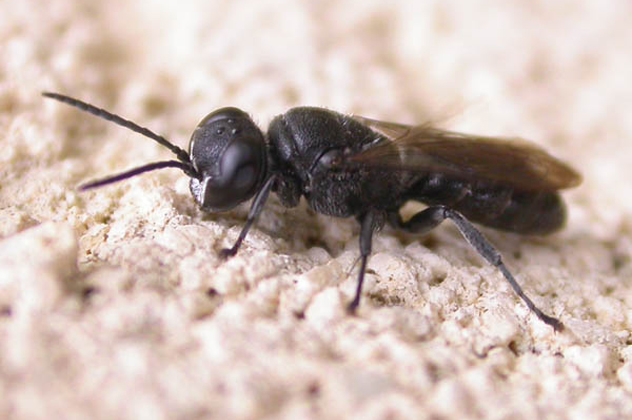 In 1988, American entomologist Arnold Menke discovered a new type of wasp in the jungles of Central America. He decided to give the wasp the Latin name Pison eu. If you haven’t figured out the joke yet, say the name out loud. Whenever you give the proper scientific name for this wasp, it sounds like you are saying “piss on you.”

And apparently, Menke is not alone in his love for childish puns hidden in the taxonomy of scientific names. Puns are very common, and scientists seem to love them. There is an endangered land snail from Fiji named the Ba humbugi, a spider named Apopyllus now after the movie Apocalypse Now, a fly named Pieza kake (piece of cake), and a lot more. 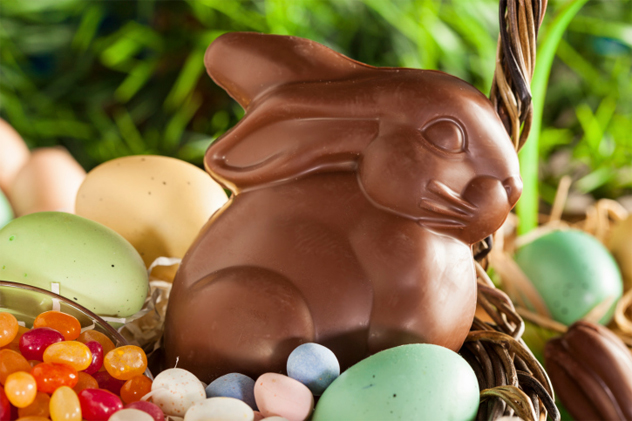 Paleontologist Tim Rich was leading a dinosaur dig in Australia. His holy grail was a dinosaur-era mammal, something rarely found in Australia. His students bet him that they would find one, and he asked what they wanted if they did find one. Well, the food at the dig was terrible, so the students—thinking they would never find evidence of the elusive creature—asked for one cubic meter (35 ft3) of chocolate.

As it turned out, they did find what they were looking for, and Rich made good on his bet. Or at least he tried to, since a cubic meter of chocolate costs about $10,000. A local Cadbury factory made good on the bet for Rich, however, by constructing a ton of cocoa butter (the main ingredient in chocolate). They then led the grad students who found the fossil into a room filled with candy bars in an event, as one student described, like something out of Willy Wonka. The newly discovered fossil even ended up being named after the event: Kryoryctes cadburyi. 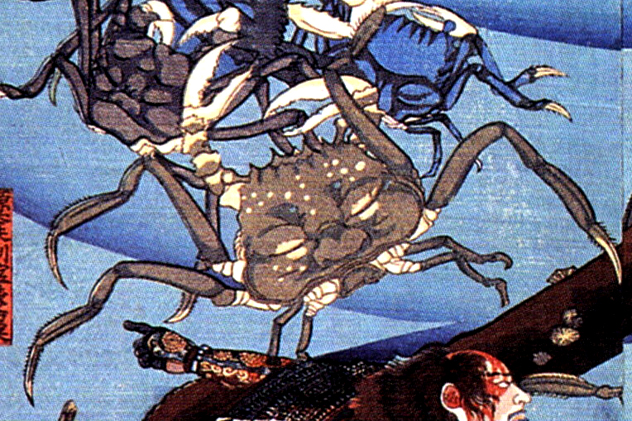 The Heikea japonica crab is named after legendary Japanese warriors called the Heike who were defeated in the sea battle of Danno-Ura in 1185 by a rival clan called the Genji. Legend has it that these crabs are the spirits of the dead Heike warriors who drowned in the sea. And it is more than just a good story—the markings on these crabs seriously resemble the intense scowl which Japanese warriors are famously portrayed as having.

Julian Huxley, and later Carl Sagan, advocated a different theory less grounded in superstition. They propose that the fear of the warriors’ ghosts caused Japanese fishermen to throw back any crabs that had any markings resembling a human face. This superstition put in motion a process of evolutionary selection that eventually created the warrior faces on the crabs. Richard Dawkins, on the other head, claims that the story is just a story and the crabs coincidentally look exactly like samurai. Either explanation is pretty cool. 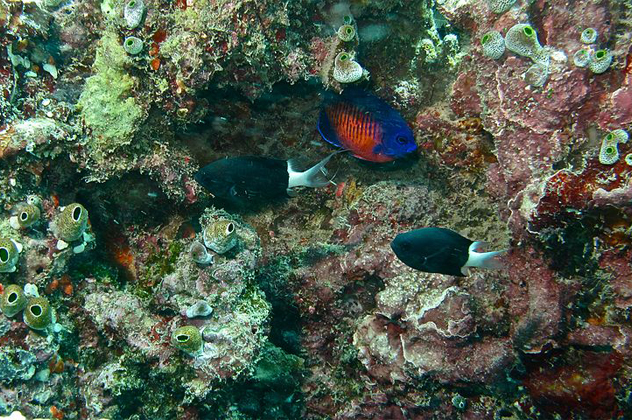 In 1993, scientists Richard Pyle and Jack Randall were searching for an elusive angelfish that had defied capture up to that point. Pyle went diving for the rare fish one day, but as he was resurfacing after his foray into the deep, he experienced nitrogen narcosis. Nitrogen narcosis is a side effect of scuba diving that comes from decompression when surfacing, and it causes sleepiness and forgetfulness.

The effects were enough that Pyle forgot he had even collected the fish on his dive. It wasn’t until he opened up his collection bucket that he discovered the find of a lifetime. He had collected the rare angelfish and he didn’t even know it. His partner on the dive, Jack Randall, found this quite funny, and was familiar with Pyle’s sensitivity to diving and narcosis. He laughingly suggested they name the fish Centropyge narcosis, and so they did. The rare fish is now a prize among fish aficionados and collectors alike.