Christmas is here again and with it comes a host of traditions such as lighting the Christmas tree, attending church or mass on the day and having a scrumptious meal with loved ones after opening a horde of presents. Traditions differ around the world, with some being a bit strange and others downright weird. On this list are some unusual Christmas conventions that have been around a long time. 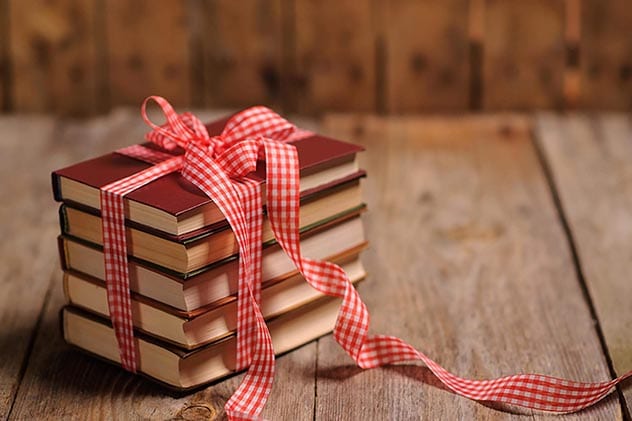 Iceland became independent from Denmark in 1918 but didn’t become a fully-fledged republic until 1944. Unyielding import restrictions, inflation and rations during the Great Depression led to a shortage of many products in the country.

The only product that was easily imported was paper, which led to books being the gift of choice each Christmas. This tradition remains in Iceland. Annually each household receives a catalogue of that specific year’s published books. Citizens are then able to pick books for their loved ones for Christmas. Most of the stock sells out between September and November. This is known as the Christmas Book Flood.

The ‘flood’ refers to the huge number of books hitting shelves during this time. On Christmas Eve, books are unwrapped and recipients love getting into their new stories right away, preferably with a good helping of chocolate nearby. Inevitably, print media are full of book reviews once the festive season comes to an end.

9 Hanging out with Santa’s Sisters: China 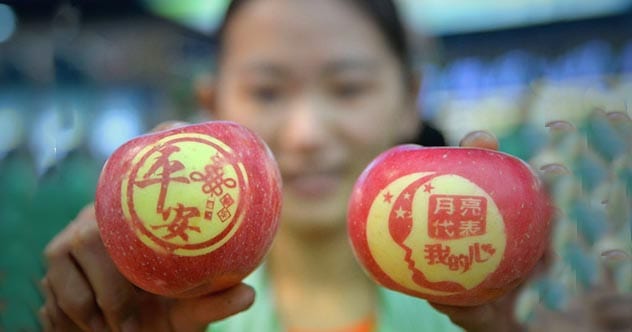 In China, books may not be the most popular item on any given wish list, but ‘Christmas apples’ are very popular gifts. The apples come with a picture of Santa and generic good wishes for the season.

There are also no traditional ‘elves’ in the malls during the festive season. Instead, the women accompanying the various Santa’s around the country are known as Santa’s friends or sisters who assist with handing out gifts. They don’t only hang out at malls either but can be found in parks and other public places. 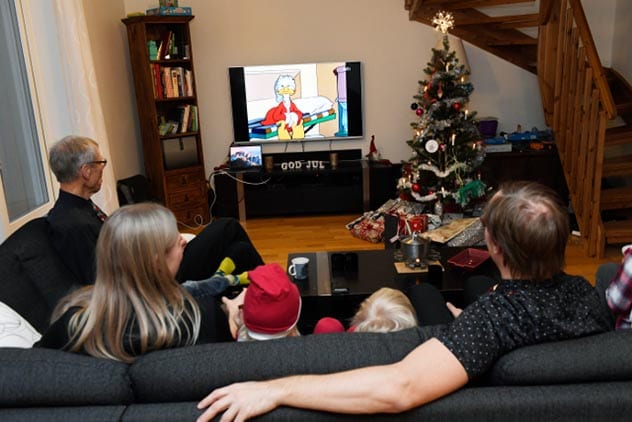 Sweden has perhaps one of the cutest festive season traditions in the world. Each year on Christmas Even, families gather around their television to watch Donald Duck and His Friends Wish You a Merry Christmas. The TV special is hosted live and includes clips that ran from the 30s to the 60s.

This means that there are no other activities happening during this program. Moms don’t cook during it; children don’t eat during it and it is never taped to watch later.

This tradition stems from the time Sweden only had two TV channels and only had access to Disney content during the holiday season. 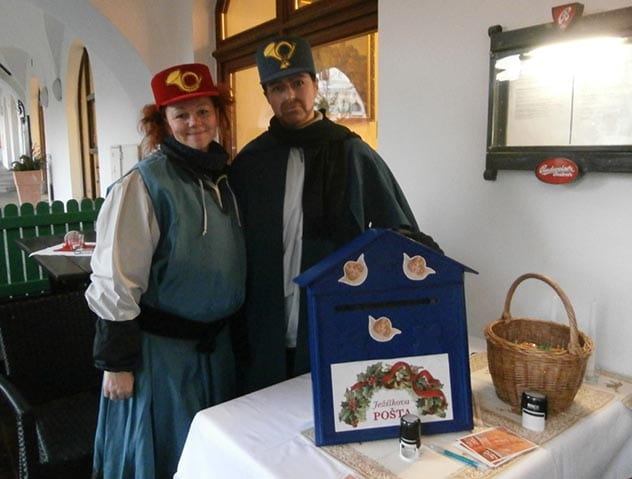 A very old tradition in the Czech Republic has it that if an unmarried woman throws a shoe over her shoulder on Christmas Eve and it lands pointing towards a door, she will get married in the coming year. It is also said that cutting an apple in half during this time and finding a core with four corners will bring bad luck whereas five corners will bring joy and good health.

There is also no Santa bringing presents to children on Christmas Day. Instead Baby Jesus brings gifts and announces his arrival by ringing a bell. It is said that if kids misbehave, they receive no gifts, but instead get a lump of coal on December 5th when they are visited by St. Nicholas, an angel as well as the devil. 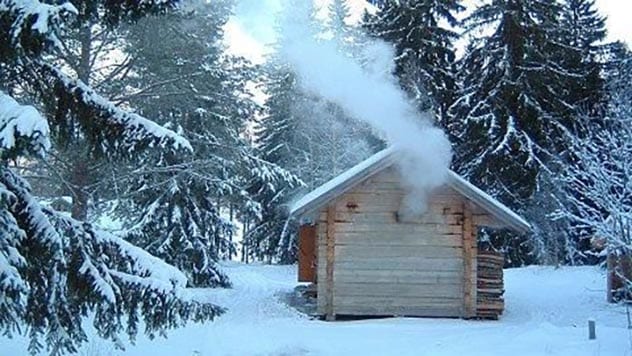 The heart of Christmas is family and loved ones gathered around a festive table with lots of good food and dessert. In Finland, families gather in a sauna on Christmas Eve to enjoy some well-deserved peace and quiet before Christmas Day arrives.

Candles and lanterns as well as sauna oils are used to create a festive atmosphere, but the sauna must be cleaned from top to bottom first. After the sauna, family members get dressed in their Christmas best before opening presents and having a delicious meal together. Gifts are also presented to the sauna elf according to longstanding Finnish belief. 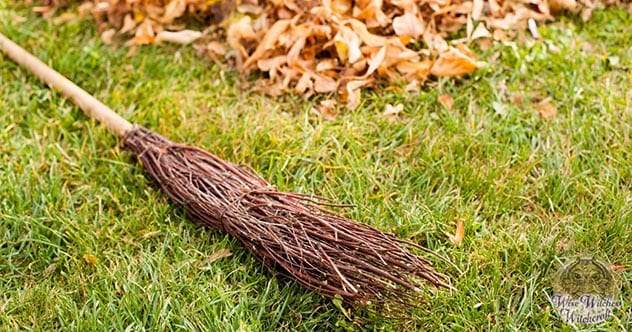 Traditional Christmas celebrations remain in some parts of Norway with families dressing in their best attire on Christmas Eve and making Christmas tree decorations. This is also the day on which they have their main festive meal and open presents. Afterwards they sing carols and walk around the Christmas tree in two concentric circles.

Some believe that Christmas Eve celebrations present an opportunity for witches to come out of hiding in search of brooms. For this reason, all brooms are hidden during this time.

4 Day of the Little Candles: Columbia 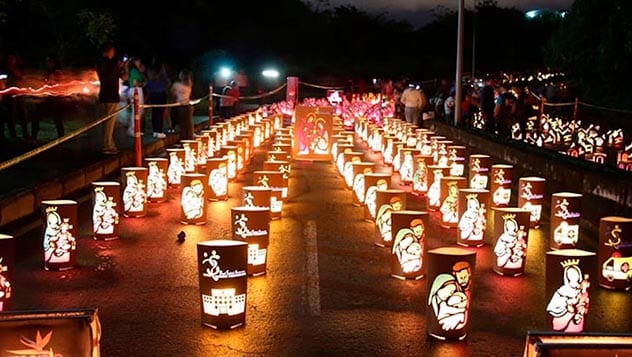 On December 7th, Columbia observes the Immaculate Conception which is also the unofficial start of the holiday season there.

On this night, it is customary to place candles and/or lanterns inside houses on windowsills and outside on balconies and porches. Candles are also placed in public places such as parks where they can be seen from a distance. The next day, households can be seen flying a white flag bearing the image of the Virgin Mary. Even graves are lit up on 8 December as part of this holiday celebration.

3 Christmas in the New Year: Egypt 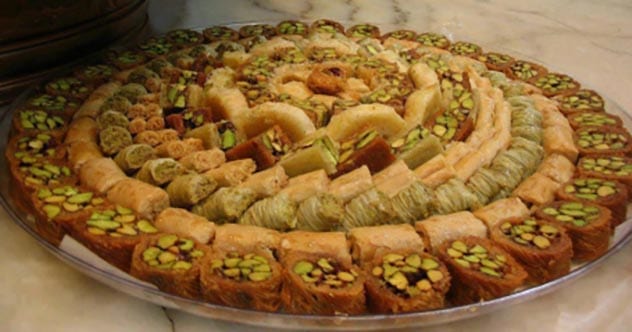 In Egypt, Christians stick to a strict fast for 45 days during which they don’t eat meat or dairy products. The fast runs from 25 November to 6 January with Christmas Day being celebrated on the 7th of January. The fast is broken on Christmas day after traditional church services when families dine on soup, meat, rice and special Kahk biscuits.

Prior to Christmas celebrations, churches and homes are adorned with lights and nativity scenes as well as Christmas Trees. Churches are decorated with lamps and candles which are said to represent the candles Joseph used to keep Mary safe while she was giving birth in the manger. 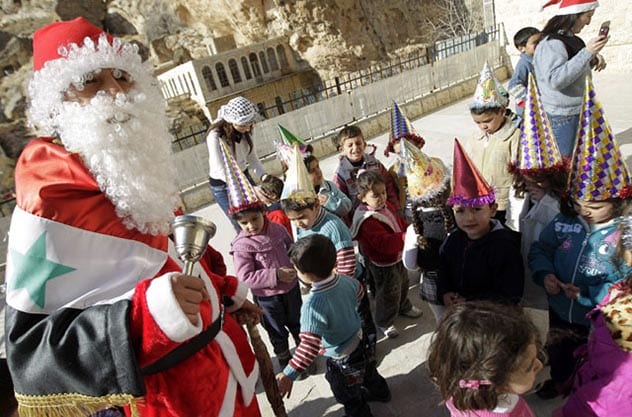 On 24 December, Iraqi families celebrate Christmas by choosing one child in the family to read the Nativity story while the rest of the family members listen and hold candles. After the reading, a heap of dried thorns is lit up and turned into a bonfire.

While the thorns burn, hymns or psalms are sung. Should they burn to complete ashes, it means good fortune for the family. However, the family members and whoever is with them must jump over the ashes three times while making a wish.

In churches, bonfires are also built while a baby Jesus idol is carried through the building on a crimson cushion. The church service ends with the bishop blessing the congregation. The blessing is called the ‘touch of peace’. 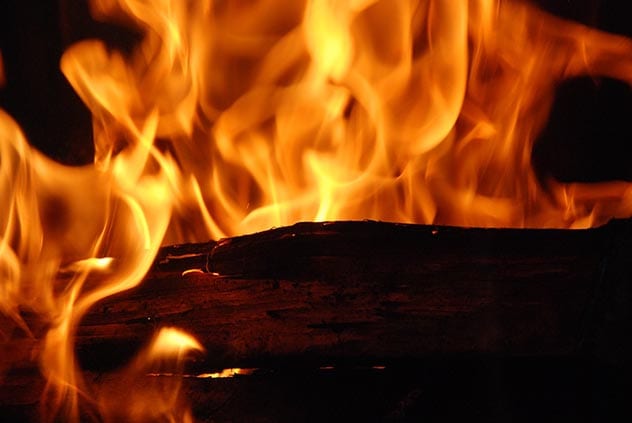 There are a host of Christmas traditions in the beautiful country of Scotland. These include the usual such as fireworks, Christmas pudding and going to a Christmas church service. However, some Scots keep the older traditions alive by burning the branches of a Rowan tree to ensure bad vibes between loved ones disappear, while others dance around a bonfire or carry burning barrels on their heads.

Fire is an integral part of Christmas celebrations in Scotland and many families keep a fire going in their homes all through Christmas Day to ward off evil spirits. They also hang mistletoe in doorways to keep evil out and invite good luck.

For more lists like this, check out 10 Times Christmas Was Saved, and 10 Weird British Christmas Traditions