Everyone has had an obsession with a celebrity at some point in their life. Maybe you wrote a fan letter or two during your teenage years that you forgot all about. On the other hand, some people dedicate their entire lives to the adoration of their idols, and sometimes that obsession turns into tragedy.

In 1985, serial killer Richard Ramirez, nicknamed “Night Stalker,” set off on a killing spree that left at least 14 people dead. The killer, who was notorious for breaking into people’s homes and killing them in their beds, kept everyone in the Los Angeles area paralyzed with fear for months. Everyone, that is, except Doreen Lioy.

A 30-year-old magazine editor at the time, Doreen recalls seeing Ramirez’s face on a mug shot on TV for the first time in 1985. “Looking back, I see it was a turning point for me. I saw something in his eyes. Something that captivated me,” she told the Los Angeles Times. Doreen soon became obsessed with Ramirez. She attended his trial and wrote him endless letters. Out of the many women who competed for Ramirez’s affection, Doreen, a Catholic, won over her Satan-worshiping lover with the fact that she was a virgin. They got engaged in 1988 and embraced for the first time in 1996, the year they got married.

When country star Dolly Parton first made it big in the 1970s with her hit “Jolene,” she had no clue what her newly established fame would lead to. Parton said that the inspiration for the red-haired heartthrob Jolene came from a bank teller who had a crush on Parton’s husband at the time. The name itself came from an eight-year-old fan whom she once gave an autograph to.

One day, Parton crossed paths with yet another Jolene when she came home to discover a box at her gate. There was a baby in the box along with a note which read, “My name is Jolene, my momma has left me here and she wants you to have me.” Parton freaked out and called social services, who took care of the child. Parton had said that she often wondered whether baby Jolene ever came to her concerts, but there was no way to track her down, and she didn’t really want to try anyway. 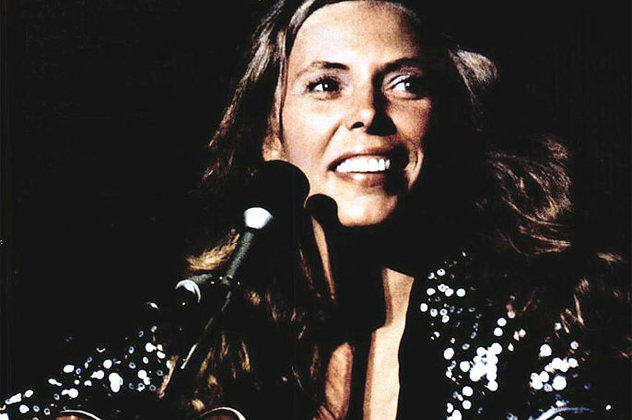 Around the same time that Dolly Parton was finding babies as gifts on her doorstep, Joni Mitchell left her house to a slightly different sight—a tent set up by an obsessed fan. But while some people would stick around for a night, this guy just never left. For several years, the fan camped outside Mitchell’s home in Los Angeles, forcing her to live with armed guards. She said that he saw her as his “gateway to God, the voice of his dead sister, his wife-to-be.”

She also claims that he had many violent, necrophilic fantasies, which he wrote to her about in great detail. Mitchell pleaded with the man’s parents to intervene and, finally, he disappeared in December 1980, just two days after John Lennon had been shot and killed by his own obsessed fan, Mark David Chapman, in front of his New York apartment. “It’s my opinion that he realized how disruptive he was to my privacy,” Mitchell told People. 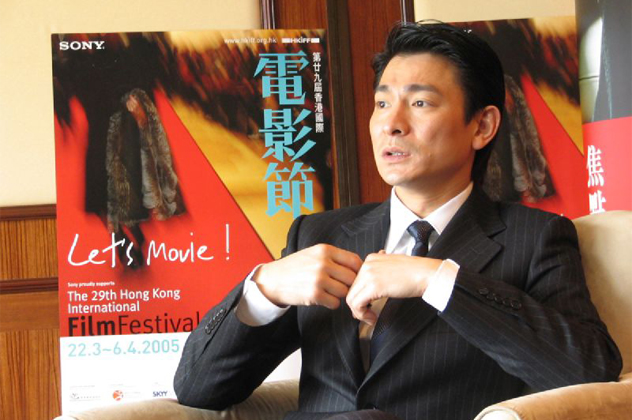 Mostly known in the west for his 2002 film Infernal Affairs (which was later remade into the 2006 film The Departed), Hong Kong actor and singer Andy Lau had his own share of unwanted experiences with fans. The obsession of one of them, 29-year-old Yang Lijuan, cost her father his life.

After having a dream about Lau at age 17, Yang quit school and turned into a full-time Lau fan for the next 12 years. In order to fund his daughter’s trips to Lau’s concerts, Yang’s father, a retired teacher, sold their house and even considered selling his kidney at one point. When Yang finally met Lau in 2007 at a birthday party that had been organized for the fans, taking a photo with him wasn’t enough. Yang’s father threatened to kill himself if Lau refused to meet with his daughter and “save her.” Tragically, it wasn’t an empty threat: He ended his life the next day by jumping into the sea. The incident led to hundreds of similar suicide threats by Lau’s fans, who said they’d kill themselves if he refused to meet them. Lau felt so much guilt over the suicide that he was forced to seek psychiatric help. 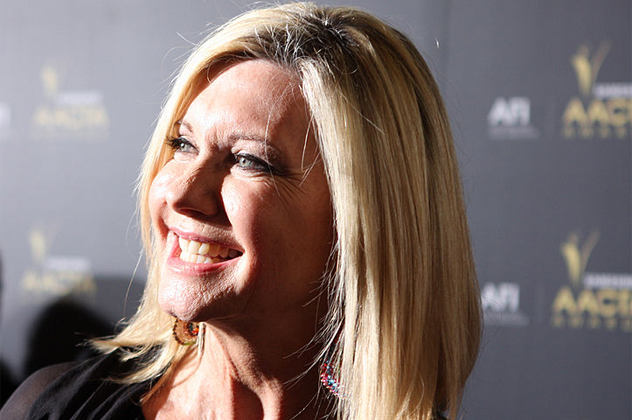 Famous singer/actress Olivia Newton-John had more than one stalker during the 1980s, but the most dedicated was Ralph Nau. Nau’s obsession with Newton-John started after a paid pen pal named Cindy broke his heart. While he wandered through the hot Arizona desert, he experienced a vision telling him that Olivia Newton-John loved him and needed him. Twice in the early 1980s, Nau traveled to Australia, where he unsuccessfully tried to track her down. He believed that someone named Maria had bewitched Newton-John to prevent her from responding to Nau. He also believed that Maria had replaced Newton-John with an evil impostor.

After returning to the US, Nau moved back into his parents’ home and started engaging in all kinds of bizarre behavior, including sleeping inside a dead cow. Eventually, Nau suffered a delusion that his step-brother had turned into an animal, so Nau killed him with an axe. After that, he was placed in a psychiatric institution.

For over a decade, Margaret Mary Ray believed that she was romantically involved with comedian David Letterman. Her attempts to be close to him ended up in many of the jokes which Letterman made on the show. Ray was first arrested in 1988, when she stole Letterman’s Porsche and presented herself as Mrs. Letterman and her three-year-old son as David Jr. Over the years, she repeatedly broke into Letterman’s house and camped out on his tennis court. In 1993, Letterman included Ray in his list “Things I Have to Do Before I Leave NBC,” joking that he had to “send change-of-address forms to that woman who breaks into my house.”

After spending at least two years in jail and different psychiatric institutions for stalking both Letterman and retired astronaut Story Musgrave, Margaret Mary Ray ended her life by kneeling in front of an oncoming coal train.

When Paula Goodspeed auditioned for the fifth season of American Idol in 2006, she was rejected by all three judges before you could say “Goodspeed.” Her namesake, Paula Abdul, was one of those judges.

In an interview before her performance (shown above), Goodspeed said that she had been a big fan of Abdul since she was a little girl and showed off her many drawings of the singer. Following her not-so-glorious audition, Goodspeed faced ridicule that led to deep depression, which grew with her failed attempts to reach Abdul. Finally, in 2008, she committed suicide by drug overdose in her car. She was parked outside Abdul’s home, with a photo of the celebrity hanging from the rearview mirror.

Abdul later accused the American Idol producers of knowing that Goodspeed had been her stalker of more than 17 years and ignoring her pleas not to allow her to audition. In an interview with Barbara Walters, Abdul claimed that the show’s producers thought it would be “entertaining” to have the two of them in the same room.

Most of us have probably thought that Icelandic singer Bjork and British electronic music artist Goldie made a peculiar couple, but no one reacted to the news of their romance as drastically as Ricardo Lopez. Lopez started idolizing Bjork in 1993, dedicating most of the 803 pages of his diary to the singer. Then one day, everything changed when he came across an article in Entertainment Weekly about the singer’s relationship with Goldie. His reaction? “This is unacceptable. I am just going to have to kill her.” Lopez ended up constructing an acid-spraying bomb, which he then mailed to Bjork’s London home address. He also videotaped himself committing suicide with a shot to the head, hoping that through their mutual deaths, he and Bjork could be together in heaven.

Fortunately, it took longer for the package to reach the UK than it did police to discover Lopez’s decomposing body and, following the clues from his video diary, they intercepted the package before it could reach its destination. Bjork and Goldie broke up the same year. 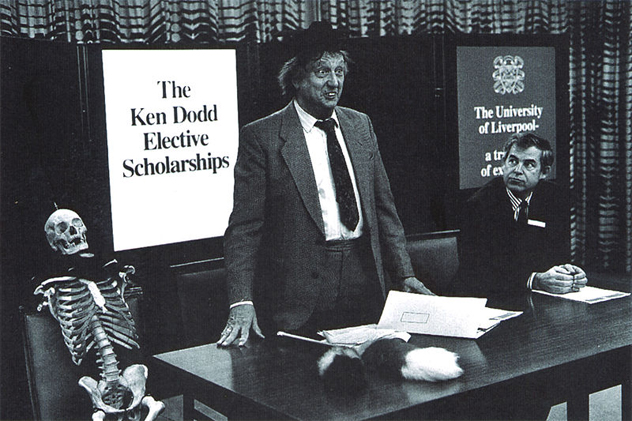 In 2001, British comedian Ken Dodd was being stalked. He was 73, and his stalker was Ruth Tagg, a woman less than half his age. Tagg had been following Dodd across the country, attending each of his shows from the front row. She would send him love letters and nude photographs of herself. In one of the letters, she asked, “What does one have to do to become one of your extended family?” Tagg also spent several months weaving a tapestry depicting Dodd as a present for him.

After failing to see him in private after one of his shows, Tagg’s behavior became more abusive. She began sending Dodd’s long-term partner, Anne Jones, bizarre gifts, one of which included a perfumed rat. Tagg’s obsession with the comedian peaked in October 2001, when she pushed burning rags through the letterbox of Dodd’s Liverpool house, causing thousands of dollars’ worth of damage. In 2003, Tagg admitted to the charges of stalking, arson, and harassment and was detained under the Mental Health Act. 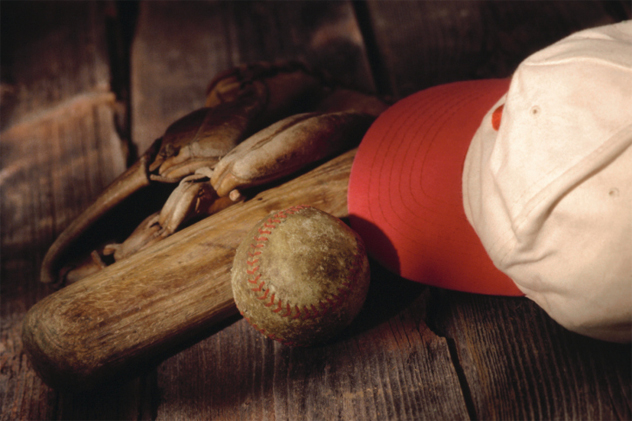 It’s not uncommon for sports fans to get upset when a player from their favorite team gets transferred to another, but a woman named Ruth Ann Steinhagen may have overreacted when baseball player Eddie Waitkus of the Chicago Cubs got traded to the Philadelphia Phillies after the 1948 season. Steinhagen tried to kill him.

Prior to the trade, 19-year-old Steinhagen had much more tender thoughts for her famous crush. She would collect newspaper clippings and photos of Waitkus and would even set a place for him at her family’s dinner table. When she found out that he was of Lithuanian descent, Steinhagen started learning Lithuanian. But for some reason, when Waitkus moved to the Phillies, she started plotting his murder.

When the Phillies were playing in Chicago, Steinhagen rented a room in the hotel where Waitkus was staying with his team. She then managed to lure him into her room, where she shot him. Waitkus survived, but this “crazy honey with a gun,” as he would refer to Steinhagen, cost him the 1949 season.

In 1990, Yugoslav tennis player Monika Seles became the youngest French Open champion in history at the age of 16. She went on to win eight Grand Slam singles titles before her 20th birthday, making her a record-holder for most Grand Slam singles titles won as a teenager in the Open Era. Seles was also the one who ended Steffi Graf’s all-time record of 186 consecutive weeks spent as World No. 1. She kicked off 1993 top-seeded, defeating Graf in the final of the Australian Open.

Then, just three months later, Seles was attacked by a deranged Steffi Graf fan named Gunter Parche during a match at a tournament in Germany, Graf’s home country. In an attempt to help Graf regain the World No. 1 position, Parche ran onto the court during a break and stabbed Seles in the back with a 23-centimeter (9 in) boning knife. Although the wound healed within weeks, Seles suffered psychological damage and did not return to tennis until 1995. Consequently, Parche’s plan proved a success, as with Seles out of the way, Steffi Graf went on to win all of the remaining Grand Slam titles that year.

G. Jovanovic is a screenwriter interested in all things strange and bizarre.