What is it about cats that make them so mysterious? The Egyptians worshiped them, the Europeans feared them, and the Japanese worried that they might walk around on their hind legs and start talking. It seems that cultures all around the world agree: Felines have a touch of the supernatural. 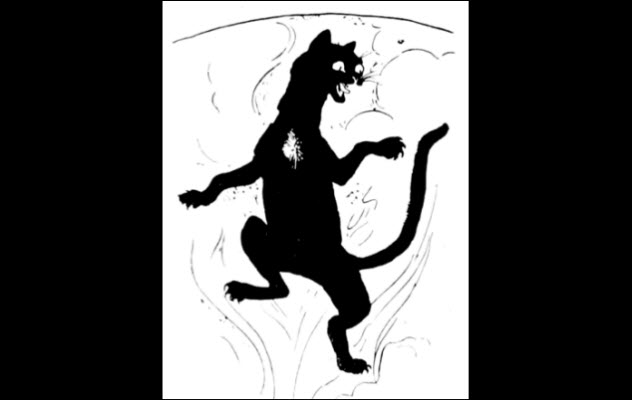 Cait sith means “fairy cat.” This cat is the size of a young calf and is all black except for a white spot on its chest. The Irish believed this to be a fairy animal, but the Scottish believed it to be a transformed witch. The legend goes that a cait sith is a witch who can transform herself into a cat nine times, but on the ninth transformation, she will remain a cat forever.

If a black cat crossed over a dead body, the Scots believed that a cait sith had come to steal the deceased’s soul before it could pass to the otherworld. People went to great lengths to protect the body until the burial by keeping a 24-hour watch. They wrestled each other and had jumping contests because they believed the cait sith would stop and watch them.

As another trick, they would ask a riddle without giving an answer because they believed the cait sith would stop and take time to ponder the question. No fires were allowed in the room with the body because a cait sith might be drawn to the warmth.

Real-life sightings of cait sith have been attributed to the Scottish Kellas cat, which is a hybrid of a wildcat and a house cat. Large and black, Kellas cats cannot be tamed. 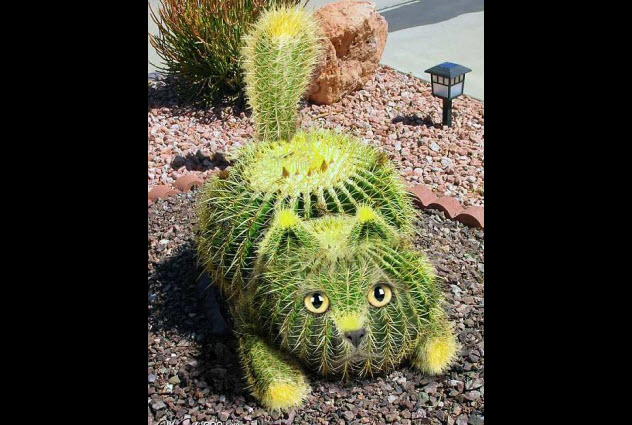 Around 100 years ago, there were tall tales of mischievous felines known as cactus cats in the sprawling deserts of the southwestern US and northern Mexico. About the size and shape of house cats, these critters were covered in needles, and cactuslike growths protruded from their tails and ears.

The cactus cat fed off the juice of cacti but not in the way you might think. It would slash the bottom of a cactus and allow the juices to collect, but instead of drinking, it would move on to the next cactus and do the same thing. Over several days, it would make a circuit.

By the time it reached the first cactus, the juices had fermented into alcohol. After chugging the alcohol, the cat would saunter drunkenly into the night, yowling loudly, slashing at anything in his path, and leaving prickling welts on cowboys after stumbling into their camps. Unfortunately, the cactus cats’ frequent inebriation made it easy for the cowboys to supposedly hunt them to extinction. 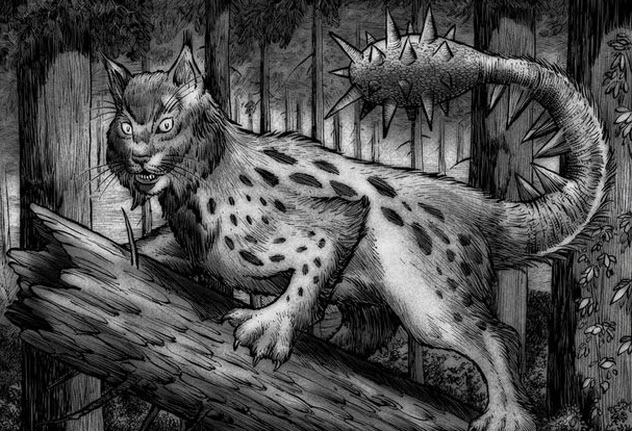 This cat lazes about on tree limbs all day waiting for an unsuspecting victim to pass underneath. Then the cat drops on its victim and pounds him to death with the ball-tail. During mating season, males call out to females by drumming on hollow logs with their tails.

A similar wildcat is the sliver cat, which is found in the southern US. Like the ball-tailed cat, the sliver cat hangs about in trees waiting for prey to pass underneath. However, the sliver cat has a much longer, ropelike tail, and the ball on the end is smooth on one side and barbed on the other.

Instead of employing a drop-and-pound strategy, sliver cats will knock a passerby on the head with the smooth side of the ball. Once a victim is disoriented, the cat will stick its barbs into him and drag him into the tree. 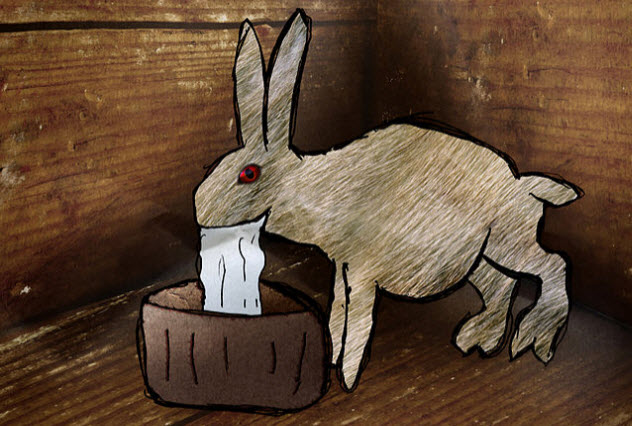 The Scandinavians believed that a troll cat was the special helper of a witch. Witches made troll cats out of various objects, such as sticks burned at both ends, spindles wrapped in wool, and stockings. After sprinkling three drops of blood on the troll cat, a witch recited an incantation, petitioning Satan to breathe life into her creation.

Troll cats took the shape of either a cat or a kind of rolling ball that was similar to yarn. Witches commanded their troll cats to sneak into neighboring farms, where they stole milk by sucking it straight out of the cows. When bloated with milk, a troll cat returned to its master’s home and barfed the milk into a trough.

Sometimes, troll cats stole wool, but their main purpose was to steal milk for witches. Scandinavians believed that if you shot a troll cat, milk would spill out of the wound. The witch shared any injury suffered by the troll cat.

Exploiting the Scandinavians’ belief in troll cats, gypsies scammed farmers by poisoning their cattle and hiding a “troll cat” somewhere on the property. Then the gypsies showed up the next day and offered to cure the cattle by chasing away the troll cat for a fee. 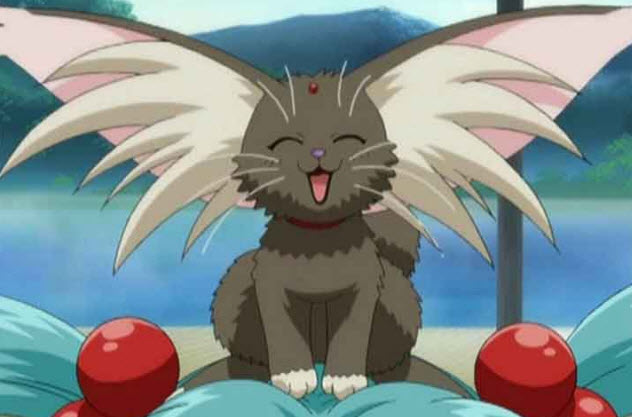 The cabbit is a hybrid of a cat and a rabbit. It was first documented by Joseph Train as he visited the Isle of Man, an island located between England and Ireland. However, scientists determined that such a hybrid was genetically impossible.

Train had actually observed a Manx cat, which is a cat with a bobtail similar to that of a rabbit. The Manx cat also has hind legs longer than its front legs. This gives it a hopping gait.

In 1977, a man named Val Chapman found what he believed to be a white “cabbit” with pink eyes in New Mexico. He exhibited the animal in a shopping mall in Los Angeles and twice brought it on The Tonight Show Starring Johnny Carson.

Although scientists later determined that Chapman’s cabbit was nothing more than a cat with genetic abnormalities, belief in the creature had already taken hold. Across America, people claimed to be finding cabbits of their own. 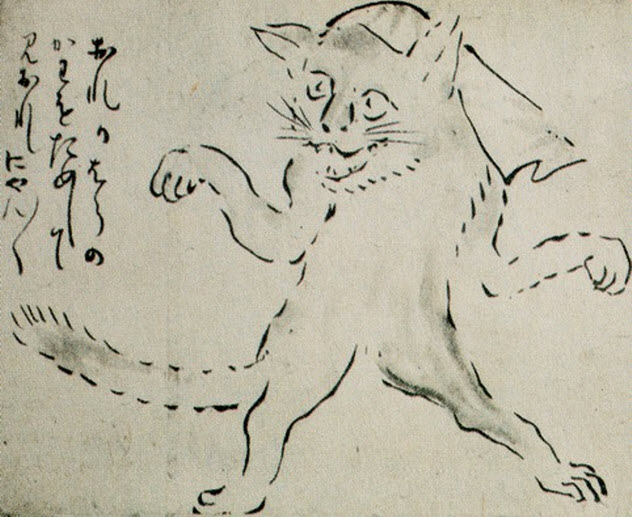 Bakeneko are supernatural cats from Japanese folklore. In the early years of its life, a bakeneko is no different from a typical house cat. But as it ages, it begins to develop supernatural powers. After a certain age, usually 12 or 13, a bakeneko begins to walk around on its hind legs like a human. It can also speak and understand human languages.

Mature bakeneko can shape-shift into human form, and an evil bakeneko may devour its master and take her place. But not all of these old cats are evil. Some are carefree and love to dance with napkins on their heads.

These gentler cats still cause trouble, though. Their tails contain fire magic that will ignite any flammable materials they touch. Older bakeneko have the ability to raise zombie slaves, so unlucky owners may wake up to find their dead neighbors pouring milk on the kitchen floor.

Superstitious Japanese used to worry about their cats turning into bakeneko, so some cats were disowned after a certain age. Another superstition was that cats with longer tails were becoming supernatural. Owners would cut their cats’ tails to prevent this from happening. 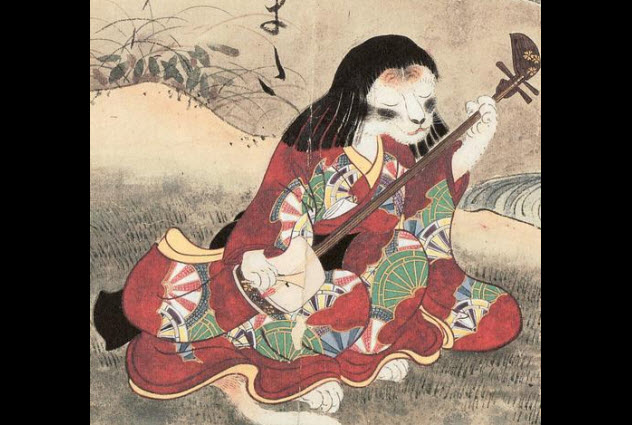 As a bakeneko grows older, it becomes more monstrous. Once it reaches an advanced age, its tail splits into two, marking its evolution into a creature called a nekomata.

Whereas bakeneko are sometimes good, all nekomata are wicked and will not hesitate to eat a human. They are fine speakers that blackmail and threaten humans to do their bidding. Most frightening of all, the nekomata have the ability to haunt humans with images of their dead loved ones.

The most powerful of these creatures supposedly live in the mountains. They’ve been described as having the eyes of a cat and the body of a dog, although they can change into any form they want. There are people who have actually claimed to have seen them.

It’s possible that myths of the nekomata started when stories of sorcerer cats from China reached Japan. These stories may have mingled with real-life big cat sightings. 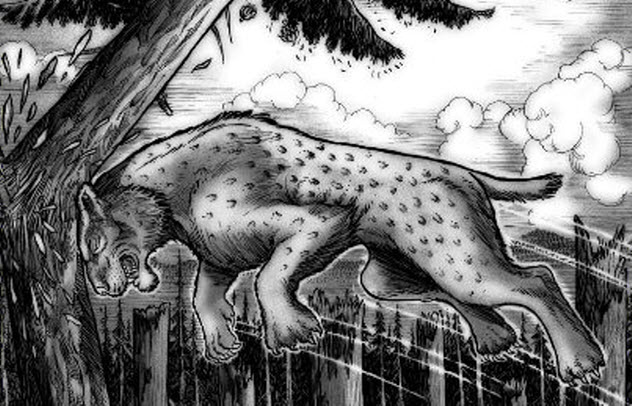 The splinter cat is a cryptid rumored to inhabit the timbered regions of North America. It is quite the opposite of typical stealthy cats. The splinter cat is noisy, clumsy, obtuse, and literally thickheaded. They use their strong skulls to smash trees.

A splinter cat has sharp claws to climb to the treetops, chunky hind legs to launch itself downward at neighboring trees, and a wedge-shaped face to bust trees apart. They are often found staggering amid a section of trees that look like they’ve been snapped in a windstorm.

The splinter cat is nocturnal and prefers to hunt during rainstorms when its loud actions will be muffled by the noisy weather. This cat eats a diet of raccoons and bees, “splintering” hollow trees to get at their nests. With no way to detect which trees have food, the splinter cat randomly busts through the forest like a raging bull, barely stopping to shake the cobwebs out of its head.

2 Guardians Of The Otherworld

Oweynagat, cave of the cats, Rathcroghan.A journey into mother earth.

The Egyptians’ belief in mystical cats spread to their Roman conquerors. From there, the Romans carried that belief north to the Celts, who came to view cats as the guardians of the otherworld. But it wasn’t just in a spiritual sense.

The Cave of the Cats is a hellmouth in Ireland, a physical gateway that leads through the bowels of the Earth to the otherworld. On Samhain (Halloween), monsters supposedly emerged from the Cave of the Cats to terrorize the night.

In mythology, the legendary hero Cuchulain once tamed wildcats that had sprung on him from the cave. But the cave itself is no myth. It’s an actual place you can visit in Ireland today. Don’t expect to spelunk into the bowels of hell, though. When utility workers installed a pole directly above it, a portion of the cave collapsed, leaving the tunnel blocked. 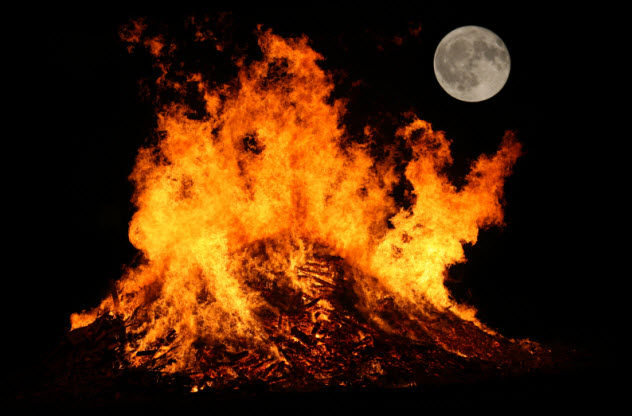 In Scottish folklore, the demonic cat known as Big Ears is said to be the descendant of Irusan, the mythical king of cats. The Scots believed that Big Ears was an oracle that had the power to grant wishes, so pagan conjurers performed a barbaric ritual to summon him.

For days, they repeatedly roasted live cats on a spit until an army of yowling devil cats came to put a stop to it. At the head of the clowder was Big Ears, whom the conjurers believed would grant their wishes or divine their future.

This ritual was performed through the 17th century, although it was condemned by the church. The last known cat roasting was believed to have occurred in March 1824 and was described in vivid detail by a London newspaper.

If the roasters were so desperate to meet Big Ears, perhaps they should have looked at the Stone of the Devil Cat. Every Halloween, a cat fitting the description of Big Ears is said to celebrate there with his feline followers. However, the last known man to try that was nearly clawed to death.

You can read two entries that were cut from an earlier version of this list on Matt’s blog.