Perhaps there is nothing more disheartening than giving birth to a stillborn baby. Nine months of wonder, hope, and promise are all dashed in a matter of minutes. Amazingly, a few babies who were born dead, or died within the first couple of breaths, somehow found their way to the land of the living. These babies experience the wonder of birth, the tragedy of death, and the miracle of resurrection, all within the first few hours of their life. 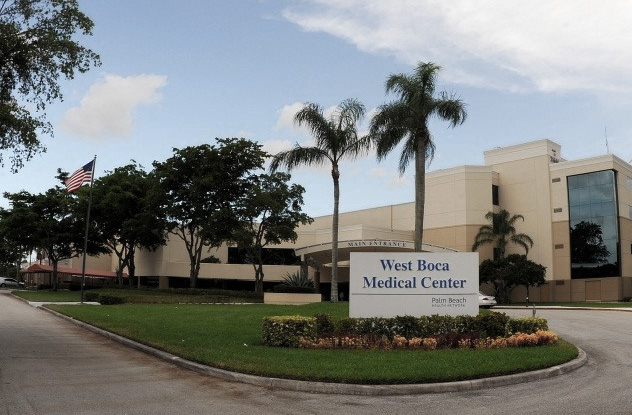 For six long years, Mary Ellen James wanted to get pregnant. She did once, but she miscarried. She even tried fertility treatment, but that didn’t work. Then a year after she quit the treatment, she found herself pregnant. On October 31, 1989, Mary Ellen went into labor 12 weeks premature at a hospital in Boca Raton, Florida, and the baby was delivered stillborn. The doctor massaged the infant’s chest, and there was no response for an agonizing 12 minutes, then the infant’s heart started beating. Then after three more minutes of massaging the chest, the baby girl was breathing on her own.

By December 1989, the baby, named Jennifer, was healthy but still small, even though she had doubled in weight. Amazingly, baby Jennifer went home just two days after Christmas in 1989, and then she went on to have a normal childhood. 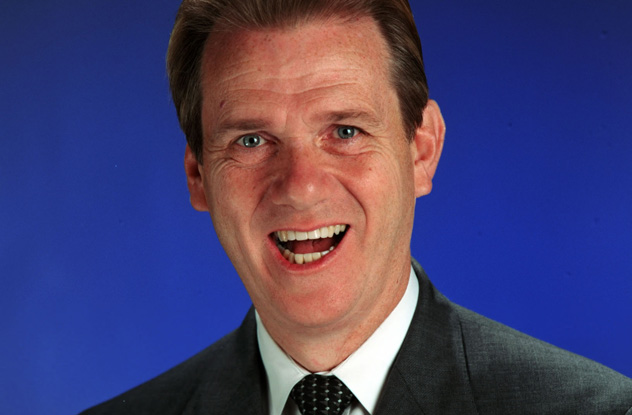 On October 28, 1953, Leron Ring gave birth to a stillborn son, David. Thinking there was no hope for him, the nurses laid him on a table at the side of the room and set to work saving Leron because she was bleeding to death. She, too, was dying, and they even pronounced her dead. But Leron was alive and noticed that the baby on the table was moving.

When the nurses went to check on him, they found that he was alive as well. Both mother and baby survived the birth, but since David’s brain did not get oxygen for 18 minutes, he was diagnosed with cerebral palsy that affects his fine motor skills and his speech. As an adult, David became a Christian minister and motivational speaker. He became famous for his motto, “I have cerebral palsy . . . What’s your problem?” He also wrote an autobiography called The Boy Born Dead. 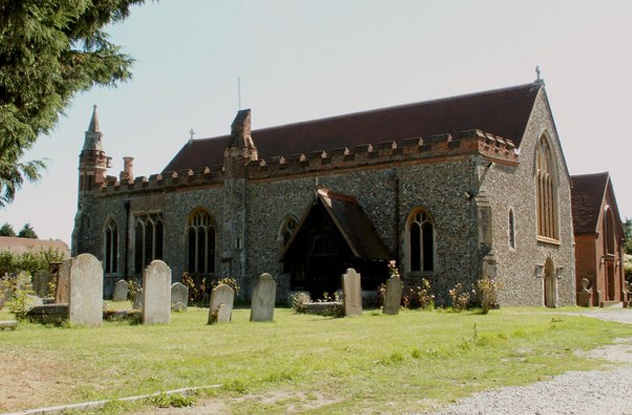 Laura Tomkin from Hatfield Peverel, England, conceived through in vitro fertilization in 2014. On May 30, 2015, when she was 38 weeks pregnant, she was forced to induce labor. When the baby was born, he cried once, but once the cord was cut, the baby lost vital signs, he looked gray, and he wasn’t moving. The doctors immediately tried to kick-start the baby’s life. For 22 of the longest minutes in Laura and her partner Abbie’s life, doctors tried to get the baby’s heart started. Then, surprisingly, the boy started breathing.

The doctor who revived him said that there was a 1 percent chance of the baby surviving. Yet four weeks later, Abbie and Laura took the baby, whom they named Jacob, home with them. Doctors think that Jacob might be slightly brain damaged, but only time will tell what will happen with him. For now, Jacob’s mothers are appreciating every moment they have with their son and they are happy that he is home.

Dead Newborn Comes Back to Life 28 Minutes After Prayer

Around 3:00 AM on March 9, 2014, 34-year-old Robin Cyr gave birth to her fourth child in a hospital in Halifax, Nova Scotia. Unfortunately, during the delivery, the baby girl got wedged in the birth canal, cutting off the baby’s blood and oxygen. When she was delivered, she wasn’t breathing. The doctors worked frantically to save the infant, but after 28 minutes, she was pronounced dead, and the infant’s body was wheeled out of the room.

Two minutes later, a nurse who worked on the delivery walked back into Robin’s room, and she was completely stunned and near speechless. The baby was breathing. The surgeon was unsure how or why the baby started breathing, but he said it was a miracle. Robin named the baby Mireya, which is Spanish for “miracle.” Three months after Mireya’s birth, death, and rebirth, she was a healthy and bouncy baby.

During the delivery of Rachel Claxton’s daughter at a hospital in Peterborough, England, in the summer of 2010, her placenta ruptured. When this happens, it is really dangerous because it deprives the baby of blood and oxygen. And of course, people, even during birth, need both to live. If they are deprived, it can cause hypoxic-ischemic encephalopathy (HIE). This can lead to brain damage that can leave people mentally and physically disabled.

The doctors worked hard for 25 minutes on Ella before they finally got a heartbeat. When they did, they wrapped Ella in a blanket that was filled with liquid. The blanket could change the core temperature of the body, so they made Ella’s temperature drop from 37 degrees Celsius to 33.5 (98.6 °F to 92). This temperature induced hypothermia, and this decreased the swelling in the brain. Over the next three days, the baby was chilled and monitored, and finally the blanket was removed. Amazingly, Ella was allowed to leave the hospital eight days later. Nine months after her birth, Ella was a normal baby, although she will probably need physiotherapy in the future. 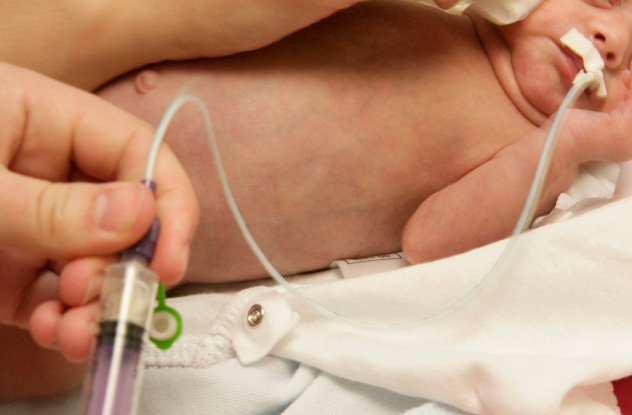 When Tami Carroll went into labor in April 1995, she was a little nervous because in 1993, she had a baby die at birth. Her pregnancy was normal, and there was nothing wrong with the baby’s heartbeat before she delivered. Yet, baby Logan was born unresponsive at 4:47 PM on April 6. The doctors worked on his tiny body, but at 5:15 PM, he was pronounced dead. They dressed the baby, which was now a grayish blue color, and they let the family hold him so they could say their goodbyes.

Then, over an hour after being born, Tami’s mother held the infant, and that is when Logan started to move. They told the doctor, but he said that it was probably something called “agonal breathing,” which is just the body still reacting to drugs, but by 5:55 PM, an hour and 18 minutes after being born without a heartbeat, Logan was breathing on his own. The doctor examined Logan, and it turned out he was actually alive. Logan was later diagnosed with cerebral palsy, but he has a rich life.

The case for the alleged Bishop Fulton Sheen miracle

Bonnie Engstrom’s third pregnancy was normal, and she wasn’t expecting any problems during the delivery. When she did give birth in 2010 at her home in Peoria, Illinois, with the help of midwives, there were no complications, but when James was born, he wasn’t breathing. He was a bluish color, and he wasn’t moving. The midwife began to perform CPR, an ambulance was called, and while they waited, Bonnie’s husband baptized his stillborn son with water and a name: James Fulton. The Engstroms, who are devout Catholics, gave James his middle name in honor of famed American bishop Fulton Sheen, who was born in nearby El Paso, Illinois, and died in 1979.

While Bonnie, her husband, and one of Bonnie’s close friends waited 20 minutes for the ambulance, they prayed to Bishop Fulton. The ambulance arrived and took the mother and the baby to the hospital, where the doctors tried to resuscitate James for over an hour. Then finally, his heart started beating, and he started breathing on his own. Even though James was alive, the doctor warned Bonnie that he might have severe brain or organ damage that could leave James disabled. Yet, as James spent seven weeks in the hospital, he got healthier and showed no effects of being dead for over an hour.

In 2002, a campaign for Sheen’s beatification and canonization was started, and to be canonized as a saint, there needs to be two miracles associated with the candidate. So in May 2014, a seven-member panel of medical experts for the Vatican reviewed the case. They could find no scientific explanation for why James came alive or why he had no signs of permanent damage. The next step for the miracle is that it has to be reviewed by the Vatican and the Pope. If it is accepted as a miracle, Fulton is one miracle away from being canonized. 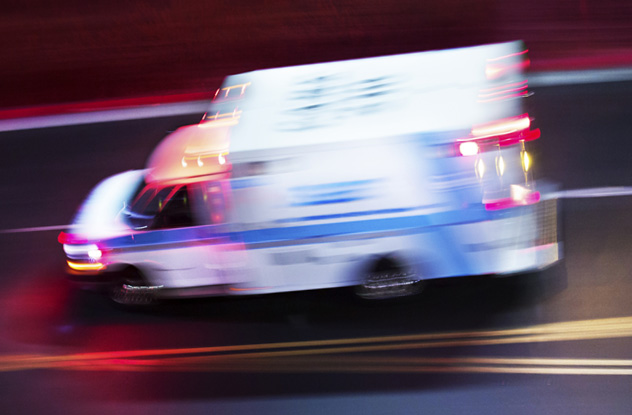 On the morning of February 17, 2013, an unidentified 20-year-old pregnant woman wasn’t feeling well and decided to walk to the hospital with her mother. They were about 500 meters (1,500 ft) from the hospital in Toronto, Ontario, when the woman went into labor. An ambulance was called, and she gave birth to a stillborn infant on the sidewalk. The temperature was – 15 degrees Celsius (5 °F). Both mother and baby, a girl, were brought to the hospital, and the medical staff tried to revive the baby, but she was pronounced dead a short time after being admitted to the hospital. The medical staff covered the little body in a blanket, and two police officers had to stand guard until the coroner came by to pick up the body.

An hour and 45 minutes after being born, the officers noticed movements below the sheet. They pulled the sheet back and felt for a pulse. When they found one, they got some medical help, and the baby was placed in the intensive care unit. She was released from the hospital a few weeks later. The hospital reviewed the case, and they believe that the baby had suffered extreme hypothermia that would have made her look dead. Changes were made at the hospital to hopefully make sure this mistake doesn’t happen again. 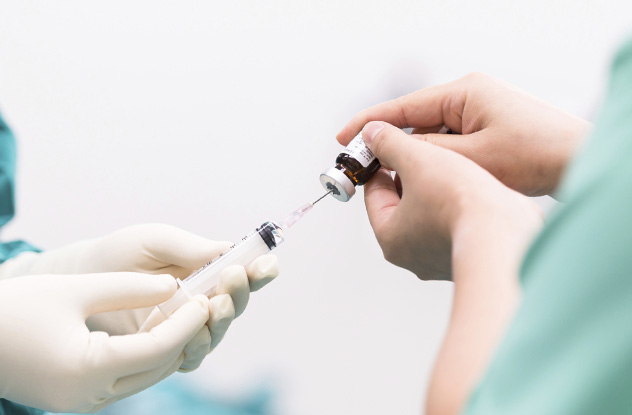 In April 1923, Rose Servin went to a hospital in New York City for her delivery, only to give birth to a baby boy that was unresponsive. Servin was obviously devastated, but the doctor, J.A. Tepperson, heard very faint signs of life. He took the cold body of the baby into another room, where he worked to bring the baby to life. Other doctors were called in, and they worked on the baby for two hours. That is when they decided to try a very new technique, and that was to inject adrenaline directly into the heart.

Almost instantly after the injection, the baby started to change color, and then the heartbeat got stronger and stronger. Within half an hour, the baby was breathing normally and the body was warm. A few days later, both baby and mother were allowed to leave the hospital. At the time, it was the longest that someone had been dead and been brought back to life. 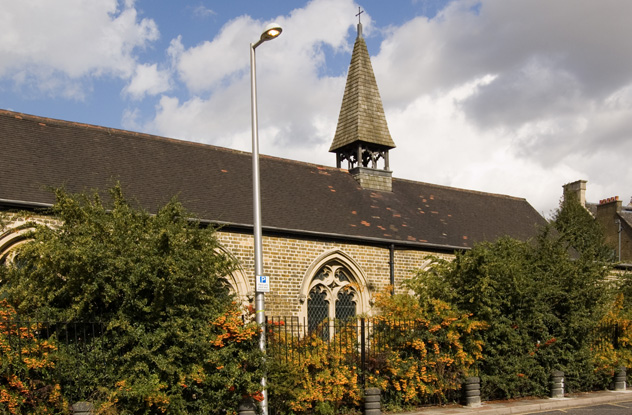 On July 9, 2013, 22-year-old Jenifer da Silva Gomes gave birth to her daughter, Yasmin, naturally at a hospital in Londrina, Brazil. Almost immediately after being born, the baby suddenly stopped breathing. For over an hour, the doctors made several attempts to revive Yasmin, but there were no signs of life. Yasmin was pronounced dead at 11:00 AM, and a death certificate was printed. One of the nurses who worked on the delivery didn’t want the baby to go into the morgue. Instead, she took the baby’s body to the hospital’s chapel where she could properly bundle the body.

Three hours after being pronounced dead, Yasmin’s grandmother and the mortician went to the chapel to pick up the body for the funeral. That is when Yasmin opened her eyes, and she was taken to the intensive care unit and appeared to be healthy.