The human body contains from 55% to 78% water, depending on body size. To function properly, the body requires between one and seven liters of water per day to avoid dehydration. Clearly, water is an essential part of human life. But under the right circumstances, as if you were a dwindling camp fire, water can extinguish you in in a variety of interesting ways. 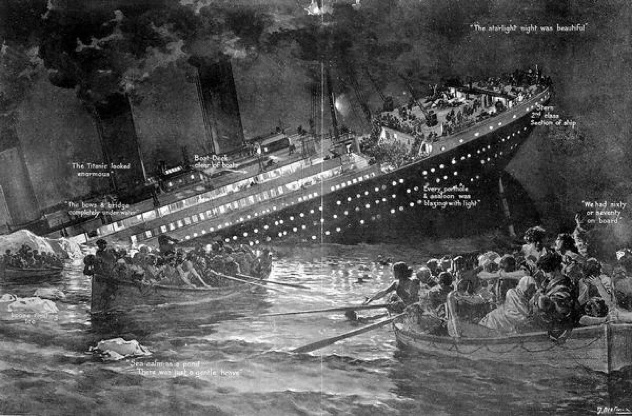 Hypothermia is a condition in which your core body temperature drops below the required temperature for normal metabolism and body functions. For humans, this threshold is defined as 35.0 °C (95.0 °F). If you are exposed to cold and your body’s internal mechanisms are unable to replenish the heat that is being lost, a drop in core temperature occurs. As body temperature decreases, characteristic symptoms like shivering and mental confusion begin to set in. Heat is lost more quickly in water than on land. Water temperatures that would be quite reasonable as outdoor air temperatures can lead to hypothermia. For example, a water temperature of 10 °C (50 °F) can lead to death in as little as one hour, and water temperatures hovering at freezing can lead to death in as little as 15 minutes. A notable example of this occurred during the sinking of the Titanic (pictured above), in which most people who entered the ?2 °C (28 °F) water died within 15–30 minutes. 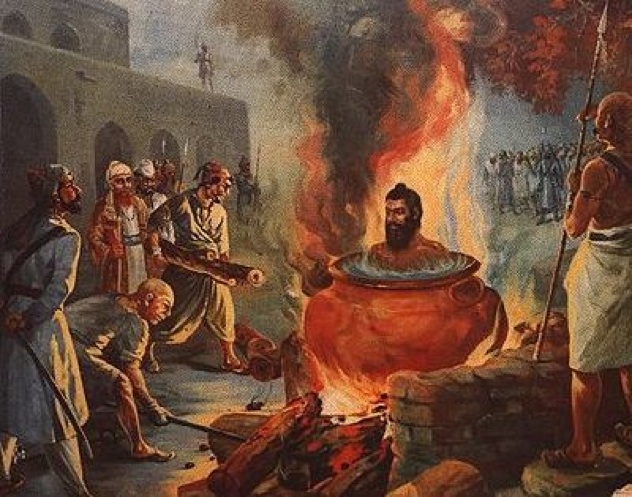 Scalding is a form of burning caused by heated fluids that come into contact with your skin. Most scalds are considered first or second degree burns, but third or even fourth degree burns can result, especially with prolonged contact. Death by boiling (pictured above) takes advantage of this principle. It is a method of execution in which a person is killed by being immersed in boiling water. While not as common as other methods of execution, boiling to death has been used in many parts of Europe and Asia. Executions of this type were often carried out using a large vessel such as a cauldron or a sealed kettle. Depending on the intended cruelty, the victim was either immersed before the liquid was heated or plunged head first into the already boiling water.

Death in these cases was by severe scalding caused by the hot liquids. Immersion burns would form on the arms, torso and legs. Prolonged scalding would result in anything up to fourth-degree burns of the skin. The epidermis and the dermis are destroyed, leading to the complete breakdown of subcutaneous fat. Eventually the heat would expose muscle, leading to breaches in major arteries and veins. Scalding deaths also take place on occasion when people underestimate the temperature of a natural hot spring and decide to go swimming. 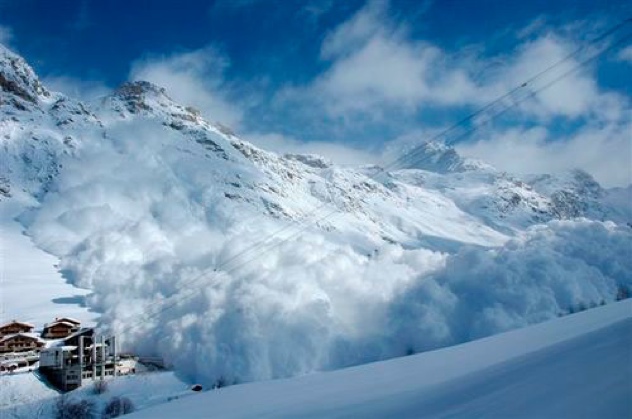 Ice is simply water frozen into a solid state. It appears naturally in many forms, like snowflakes for example. Snowflakes may be harmless individually but their strength grows in numbers. An avalanche is a large and potentially deadly mass of rapidly flowing snow down a slope. Avalanches are typically triggered by a mechanical failure in the snowpack where the forces on the snow exceed its strength. After initiation, avalanches usually accelerate rapidly and grow in mass and volume as they entrain more snow.

85.7% of avalanche deaths are due to asphyxiation. If you should find yourself caught in one, and you manage to carve out a little air space around your face as the slide grinds to a halt, heat from your breath will soon ice up that lifesaving air cavity. This impenetrable “ice mask” may asphyxiate you within half an hour. Fewer than half of those who are totally buried survive, and nobody who’s been buried deeper than seven feet has lived to tell about it. During World War I, an estimated 40,000 to 80,000 soldiers died as a result of avalanches during the mountain campaign in the Alps at the Austrian-Italian front. 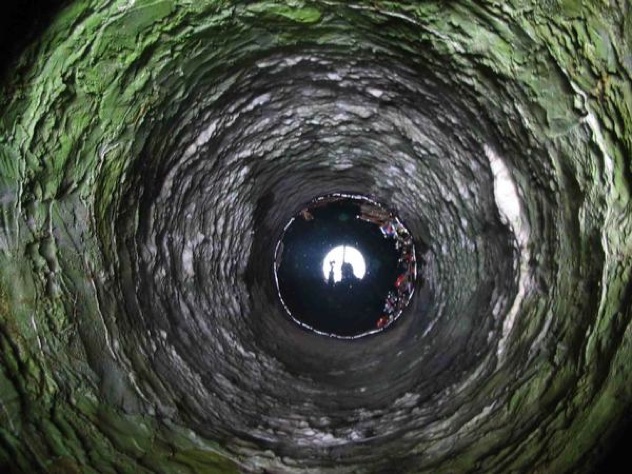 Waterborne diseases are caused by pathogenic microorganisms transmitted in contaminated fresh water. Throughout most of the world, the most common contamination of raw water sources is from human sewage. Infection commonly results during bathing, washing, drinking, or during the preparation of food. Various forms of waterborne diarrheal disease are the most prominent examples. Such diseases affect mainly children in developing countries and account for about 1.8 million deaths annually. Parameters for drinking water quality fall under two main categories: microbiological and chemical. Microbiological parameters include Coliform bacteria, E. coli, and specific pathogenic species of bacteria, viruses, and protozoan parasites. Chemical parameters tend to pose more of a chronic health risk through buildup of heavy metals. For example, sixty million people are estimated to have been poisoned by well water contaminated by excessive fluoride. 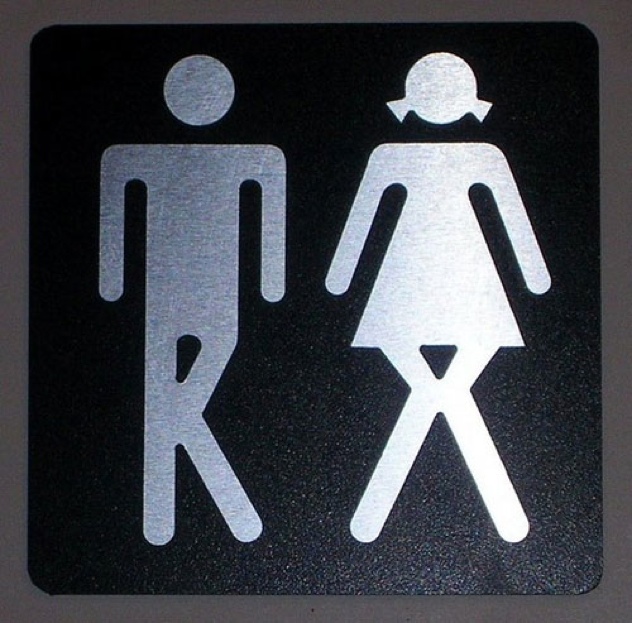 Water is an essential part of human survival and drinking it inevitably leads to urination. Hopefully, this entry will dispel an interesting medical myth: that you can die by “holding it in” and forcing yourself not to urinate. You can die indirectly, by causing a urinary tract infection (which could then lead to death), but you can’t die from a ruptured bladder due to not going to the bathroom. Your urethral sphincters make it physically impossible to build up urine in your bladder to the point of rupture. The kidneys and ureters cannot produce enough pressure to burst the bladder. When there is an obstruction, the kidneys fail first. In the case of trying to hold it, the body would protect the kidneys by reacting violently, forcing urethral sphincters to fail and causing the person to wet themselves.

Contrary to popular belief, Tycho Brahe never died of “retaining urine at the banquet table out of politeness”. The actual cause of death is assumed to be a kidney stone that rendered him to be unable to pass urine. The blockage lead first to kidney failure and then ultimately his death. 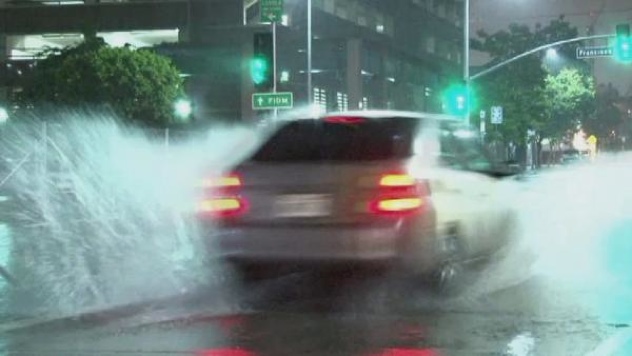 There are a number of reasons why it is potentially deadly to drive in the rain. Rain makes for slippery roads, especially when it has not rained in a long time. This is because greasy substances like lubricants and oil drip from cars as people drive, and these substances accumulate on the surface of the road until they are washed away. The first rain can loosen these greasy materials, creating an oily slick on the surface of the road which can make driving very dangerous. A long, hard rain can also cause deep puddles on the surface of the road which may cause your car to hydroplane, essentially skimming across the water. Poorly drained roads can be covered in huge pools of water which may not seem deep or serious until you drive on them and your car spins out of control. Also, poor visibility caused by heavy rain is a major threat, as you may be less aware of oncoming cars, pedestrians, and hazards in the road. It is estimated that over 3,000 people die per year from rain related auto accidents just in the United States alone. 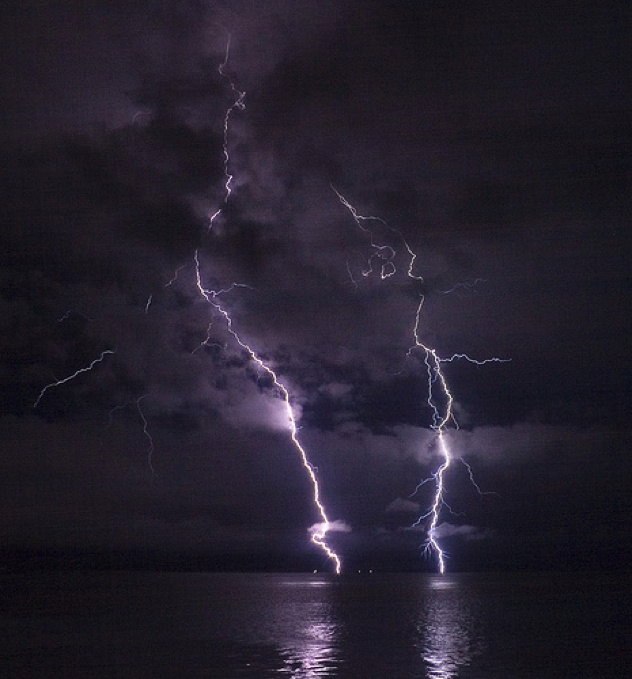 Although pure water does not conduct electricity by itself (I bet you didn’t know that!), any impurities, like salts in the water, enable it to be an extremely effective conductor. When salts are dissolved in water, they separate into positive Na ions and negative Cl ions. These opposite charges, like the opposite poles of a battery, create the potential for the conductive effect. Waters conductive properties make it very dangerous as it allows an electric current to travel through it rapidly and shock any unsuspecting person in contact with the water.

Electric shock occurs upon contact of a human body part with any source of electricity that causes a sufficient current through the skin, muscles, or hair. Large currents passing through the body may make it impossible for a shock victim to let go of an energized object. Still larger currents can cause fibrillation of the heart, damage to tissues, and death. For example, in 2012 two boys were electrocuted while swimming in a lake in Knoxville, Tennessee. As it turns out, a boat house floating at a dock nearby had frayed wiring that became exposed and contacted the lake water. The five adults who jumped in the water to help were also shocked. 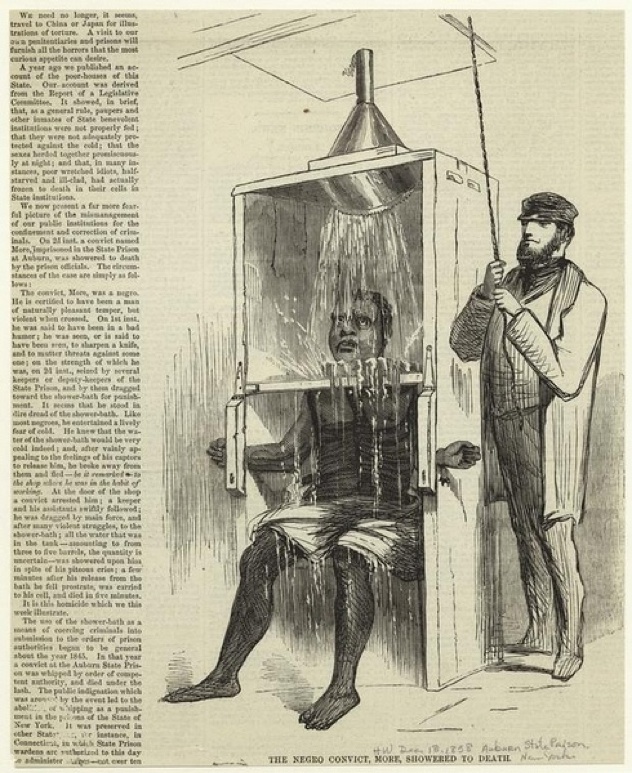 Chinese water torture is a process in which water is slowly dripped onto a person’s forehead, driving the restrained victim insane. Hippolytus de Marsiliis, born in Italy in 1451, is credited with the invention of this form of water torture. Having observed how drops of water falling one by one on a stone gradually created a hollow, he applied the method to the human body. The term “Chinese water torture” was invented merely to grant the method a sense of ominous mystery. A documented account of such torture during the Spanish Inquisition reads as follows: “Victims were strapped down so that they could not move, and cold or warm water was then dripped slowly on to a small area of the body; usually the forehead. The forehead was found to be the most suitable point for this form of torture because of its sensitivity: prisoners could see each drop coming, and after long durations were gradually driven frantic as a perceived hollow would form in the center of the forehead.” 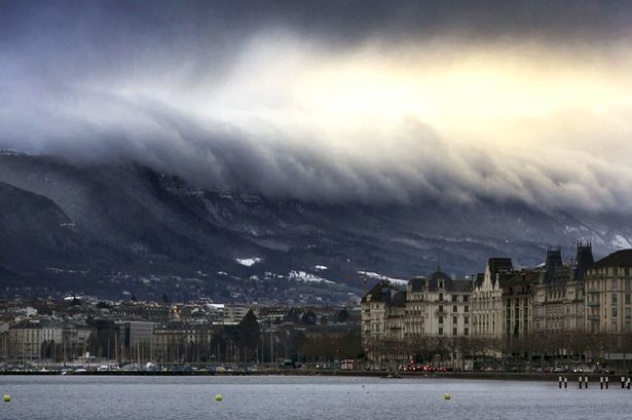 A tsunami is a series of water waves caused by the displacement of a large volume of a body of water, generally an ocean or a large lake. Earthquakes, volcanic eruptions, landslides, glacier calvings, meteorite impacts, and other disturbances above or below water all have the potential to generate a tsunami. While everyday wind waves have a wavelength (from crest to crest) of about 100 meters (330 ft.) and a height of roughly 2 meters (6.6 ft.), a tsunami in the deep ocean has a wavelength of about 200 kilometers (120 mi)! Yes, you read that correctly. Such a wave travels at well over 800 kilometers per hour (500 mph).

Tsunamis cause damage by two mechanisms: the smashing force of a wall of water traveling at high speed, and the destructive power of a large volume of water draining off the land and carrying a large amount of debris with it, even with waves that do not look large. Although the impact of tsunamis is limited to coastal areas, their destructive power can be enormous and they can affect entire ocean basins; the 2004 Indian Ocean tsunami was among the deadliest natural disasters in human history with over 230,000 people killed in 14 countries bordering the Indian Ocean. 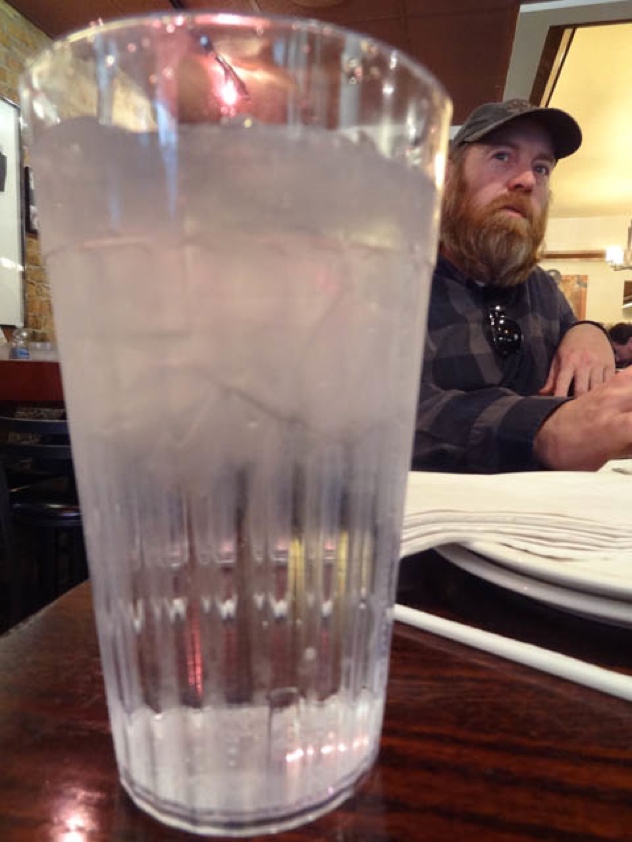 Water intoxication, also known as water poisoning or dilutional hyponatremia, is a potentially fatal disturbance in brain functions that results when the normal balance of electrolytes in the body is pushed outside safe limits by over-hydration. Under normal circumstances, accidentally consuming too much water is exceptionally rare. Nearly all deaths related to water intoxication in normal individuals have resulted either from water drinking contests in which individuals attempt to consume large amounts of water, or long bouts of intensive exercise during which electrolytes are not properly replenished, yet huge amounts of fluid are still consumed. Moreover, water cure, a method of torture in which the victim is forced to consume excessive amounts of water, can cause water intoxication.

Water, just like any other substance, can be considered a poison when over-consumed in a specific period of time. For example, in 2003, Walter Dean Jennings, a freshman history major at SUNY Plattsburgh, died while pledging to a campus fraternity. On his last night of hazing, the 18-year-old was forced to drink gallons of water through a funnel, which caused his brain to swell from water intoxication and ultimately resulted in his death.

Ross works as a patent agent and is a long time Listverse reader.