In our age of technology and high-speed Internet, it may come as a surprise that many of us still turn to paper magazines for entertainment and comfort. However, while the choice of reading material is now almost unlimited, some awesome magazines did not survive into the present times. It is a pity. They were insanely unique and cool. 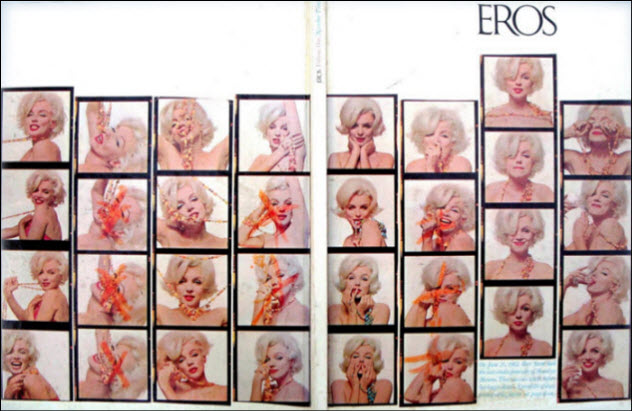 However, his mailers were not well-received. Many Americans sent Ginzburg disgusted responses, which he published in the second issue of Eros. The replies filled 16 pages. Clearly, the public of the time was not prepared for such a drastic magazine even though it did contain quality writing, experimental design, and artistic photographs.

For example, the third issue contained previously suppressed nude photographs of the recently deceased Marilyn Monroe. Some of these photographs had large orange markings on them. But as Ginzburg explained in the editor’s note, they were not defects but rather markings made by Monroe on photographs she thought to be less than perfect.

From the beginning, Eros faced legal and financial problems. The fourth issue, which featured an African-American man and a European-American girl embracing, was especially controversial.

The magazine ran for only four issues. Although Ginzburg was eventually prosecuted and jailed, it wasn’t for pornographic content but instead for “prurient and pandering” advertising through the mail. 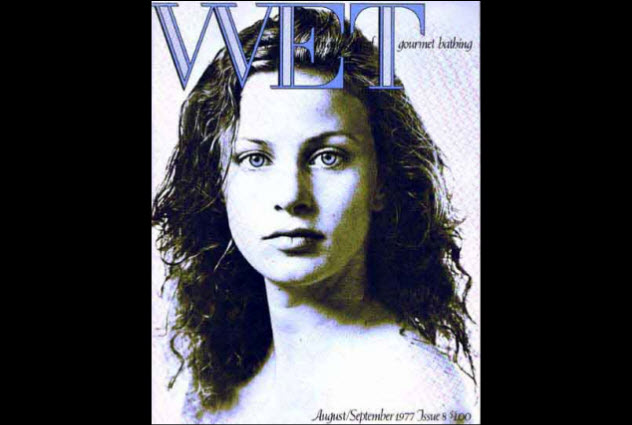 Founded by Leonard Koren, WET was a gourmet bathing magazine that ran from 1976 to 1981. Of course, no one—not even Koren himself—knew what “gourmet bathing” was. In his book Making WET: The Magazine of Gourmet Bathing, Koren said the trick was to “give the readers something completely unexpected, tinged with absurdity,” such as articles on how to dress for the apocalypse or how to cook fish in the dishwasher.

After training in architecture and deciding that his major was much too coldhearted, Koren dedicated his time to photographing people in strange bathing situations. When that project came to an end, Koren didn’t pay his models. Instead, he threw a party for them in an old Russian-Jewish bathhouse.

The party was quite a success, and it was there that Koren was suddenly inspired to create his magazine. WET quickly became successful. Soon, various illustrators, photographers, writers, and designers began contributing content. 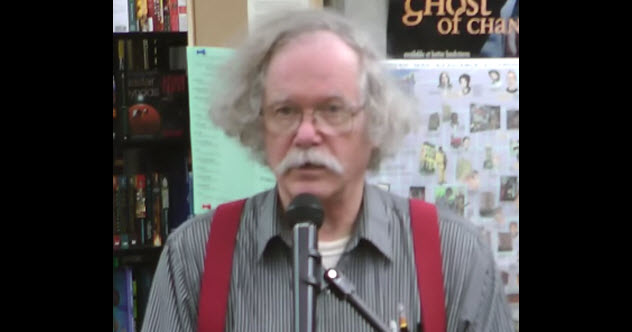 F—k You magazine was founded by Ed Sanders in 1962. A poetry zine of New York City’s underground scene, it carried provocative and experimental content. “I’ll print anything,” wrote Sanders in his magazine, and he did just that. F—k You was initially printed on a Speed-o-Print and then on an A.B. Dick stencil duplicator. About 500 copies of each issue were created. It ran for 13 issues before Sanders ceased publication in 1965.

Sanders first announced his decision to start a magazine while sitting in a bar with his friends. They were doubtful of both his idea and commitment, but Sanders had the first issue out in one week and was soon producing more. He gave the first issue away for free, even sending a few copies to people like Picasso, Allen Ginsberg, and Fidel Castro. 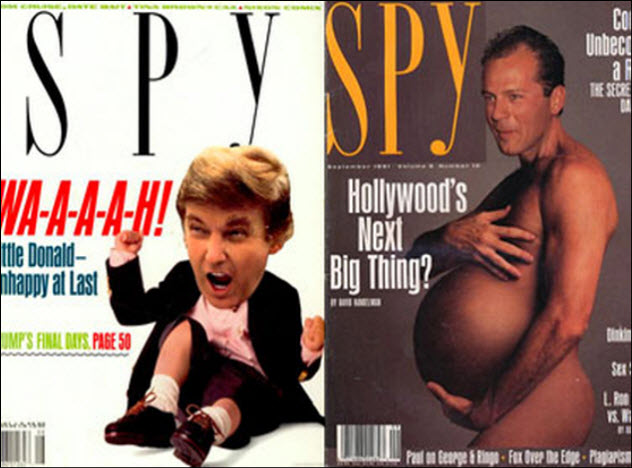 Spy was a satirical magazine that made fun of famous people. It ran from 1986 to 1998 and mixed silliness and mockery with serious investigation. It was founded by Graydon Carter and Kurt Andersen, two highly established New York journalists.

Perhaps the strongest points of the magazine were its daring style and its high-class investigative methods. It feared nothing and made fun of celebrities in the most brutal ways. In 1988, for example, the magazine called Donald Trump “a short-fingered vulgarian.”

Trump responded by sending the editors a copy of his book The Art of the Deal with an outline of his hand in gold on the cover to prove that he wasn’t short-fingered. He also added a note: “If you hit me, I will hit you back 100 times harder.”

In 1990, Spy sent a bunch of wealthy celebrities a check for $1.11 to see if they would cash it. Rupert Murdoch, a wealthy business magnate, did.

In 1992, the magazine’s cover ran the title: “1,000 Reasons Not to Vote for George Bush. No. 1—He Cheats On His Wife.” That sure must have made for an interesting story.

Another time, the staff of Spy called 20 House freshmen and pretended to be the host of a New York radio talk show. Magazine staffers asked questions such as “Do you approve of what we’re doing to stop what’s going on in Freedonia?”

Of course, Freedonia is a fictitious nation from Duck Soup, the 1933 Marx Brothers movie. But no one seemed to catch on, so the politicians gave the journalists serious answers. Representative Steve Buyer, R-Indiana, said, “Yeah, it’s a different situation than the Middle East.” 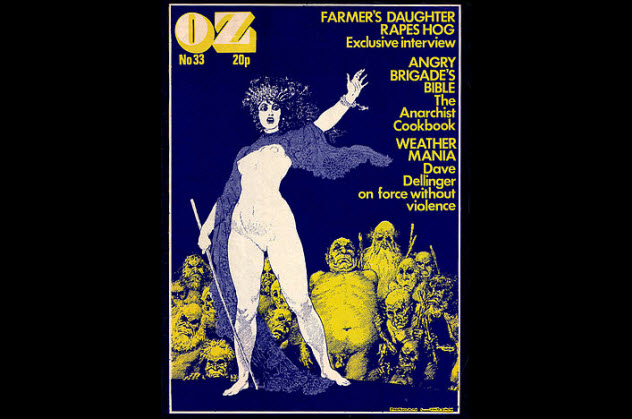 OZ was an underground alternative magazine that was first published in Australia in 1963. A second version of the magazine appeared in England in 1967.

Originally, OZ was a satirical magazine published by three university students on April Fools’ Day as a parody of The Sydney Morning Herald. Its front page was a hoax about the collapse of the Sydney Harbour Bridge.

The issue also included stories on abortion and the history of the chastity belt. In the next issues, the magazine continued to publish controversial content, such as articles on homosexuality and police brutality. Eventually, the editors were charged with obscenity.

The British incarnation of OZ was a psychedelic magazine. The British editors also faced obscenity charges. They received fines, deportation, and even prison sentences of 9–15 months (although the sentences were rejected as invalid upon appeal).

The magazine issue that caused their prosecution contained content contributed mainly by teenagers, including articles on sexual freedom, hypocrisy, drug use, and examinations. The central piece of evidence was two cartoon strips that showed Rupert Bear sexually violating an unconscious female. 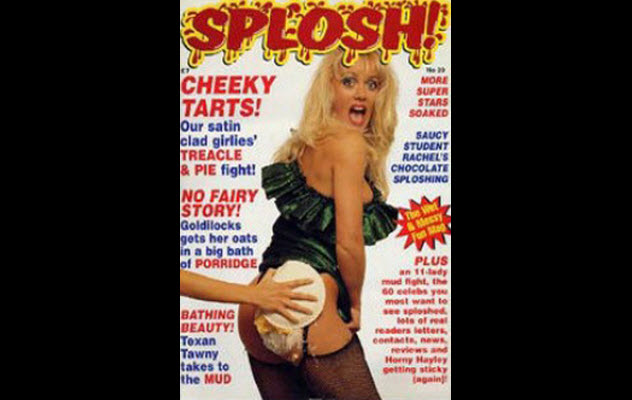 Splosh! was a fetish magazine that featured pictures and articles of women in wet, messy situations, including showering with their clothes on, sitting in a pool of baked beans, or getting into a messy pudding fight with friends. The first issue of the magazine was published in 1989 by Clive Harris under the pseudonym Bill Shipton.

According to Shipton, sploshing is a childlike, innocent activity which allows people to misbehave and let go for a couple of hours. Anything can be used for sploshing, although he did warn against motor oil and oil-based paint. Hayley, Shipton’s partner in life and work, revealed that her first “messy situation” involved sitting on a cake.

According to Shipton, the magazine was named Splosh! because it was a fun name that was both messy and wet. Forty issues of Splosh! were published before it folded in 2001. 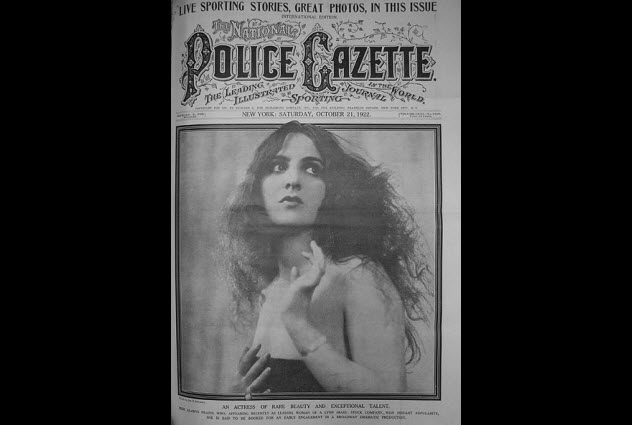 The National Police Gazette was founded in 1845. It was first owned by journalist George Wilkes and attorney Enoch Camp and later by former police chief George Washington Matsell. However, the magazine only reached its full potential under the rule of Irish immigrant Richard Kyle Fox.

Fox transformed the Police Gazette into a bachelor’s bible. Under his ownership, the magazine was printed on distinctive pink paper, which helped set it apart. The content of the magazine included a sports section, crime stories (especially ones that involved some sort of love triangle), coverage of weird competitions (like bridge jumping), and photographs of scantily clad women.

The Police Gazette also included a section called “Tonsorialists of the Week,” which featured barbers who subscribed to the magazine. The magazine soon became known as the “barbershop bible” because lots of men read it at a barbershop. There even existed a joke that went something like this:

“Did you read The National Police Gazette?”

The magazine eventually declined in popularity as competitors began to copy features that were once unique to the Police Gazette. It ceased publication in the 1970s. 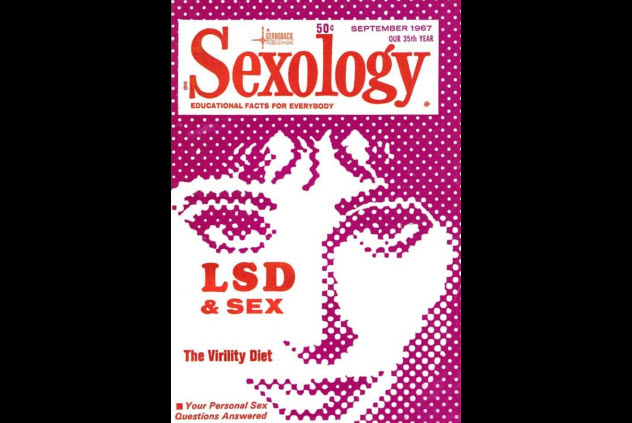 Sexology was published from 1933 to the late 1960s by Hugo Gernsback. Its tagline changed constantly and included phrases such as “The Magazine of Sex Choice,” “Authoritative Guide to Sex Education,” and “Sex Science Illustrated.” Not surprisingly, Sexology stunned American readers, but the magazine was quite popular, with a circulation of 200,000.

It was created by Gernsback to educate people about sex and destroy the myths that shrouded it. Some of the articles included “The Problem of Prison Sex,” “Sex Invaders in Flying Saucers—Some Incredible Tales,” and “How It Feels to Be a Virgin.”

Eventually, the magazine was sold to new publishers, who ceased publication in 1983 because they felt the magazine was losing popularity. The information once unique to Sexology could now be found in any daily newspaper. Its scientific name did not help, either. The American public craved something more entertaining, and Sexology didn’t live up to their expectations. 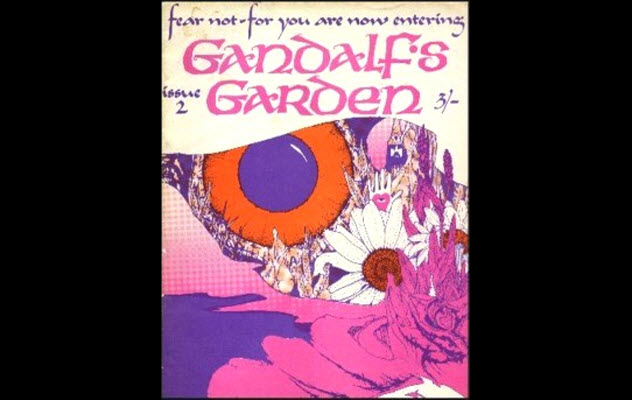 Gandalf’s Garden was an esoteric magazine created in the late 1960s by Muz Murray, the founder of a mystical community in London. Many mystical topics, such as Aleister Crowley and the Hare Krishna movement, were featured in the magazine. Still, the strangest topic ever published was about trepanning, which is drilling or scraping holes in the human skull. Of course, the editors of the magazine warned readers against trepanning and urged them to try yoga instead.

The magazine was part of the underground press, meaning it was produced without official approval. Like some other publications of the time, it departed from conventional black-and-white pages, opting for peach or light blue sheets that rotated throughout the magazine.

The magazine lasted for only six issues. At the end of the 1960s, flower people retreated into obscurity, and Gandalf’s Garden disappeared with them. 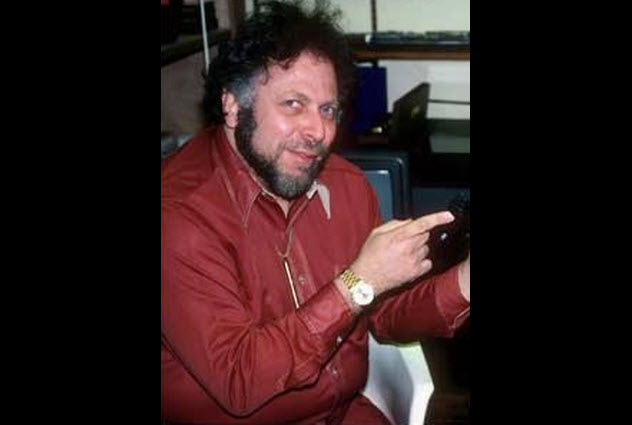 Created by Al Goldstein in 1968, Screw was the first pornography magazine that did not try to hide its subject matter behind glamour. In fact, its manifesto said, “We promise never to ink out a pubic hair or chalk out an organ.” Of course, as one can imagine considering the times he lived in, Goldstein was repeatedly arrested on obscenity charges—19 times in the first three years of publication—but seemed to care little about his reputation.