Throughout the world, police departments spend significant time and energy tracking down wanted fugitives. When those efforts are combined with federal most wanted lists and TV shows that specialize in publicizing wanted criminals, most fugitives run out of luck, time, and freedom quickly.

But once in a while, a fugitive slips through the cracks and outwits law enforcement. Here, we look at 10 fugitives who have spent at least 25 years on the run from the police and may never be caught. 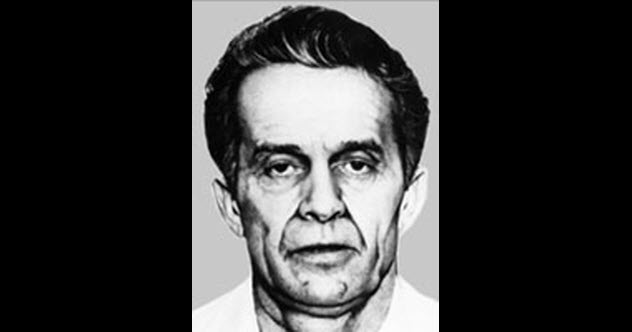 In 1980, Donald Eugene Webb shot and killed Gregory Adams, police chief of the small town of Saxonburg, Pennsylvania. A routine traffic stop escalated into an altercation, and Webb beat Adams badly before shooting him. Webb fled the scene but left behind a fake driver’s license that investigators used to identify him. What they couldn’t do was catch him.

Webb was already a hardened criminal who was adept at robbing jewelry stores and creating fake identities. He used these skills to stay one step ahead of the FBI, who placed him on their Ten Most Wanted list in 1980. After failing to catch him, the FBI took him off the list 26 years later.

The FBI believes that Webb, who would be in his eighties, is probably dead. If he’s still alive, he’s probably living a low-key life away from anyone who might recognize him. Although the FBI has stopped searching for Webb, Saxonburg hasn’t forgotten. 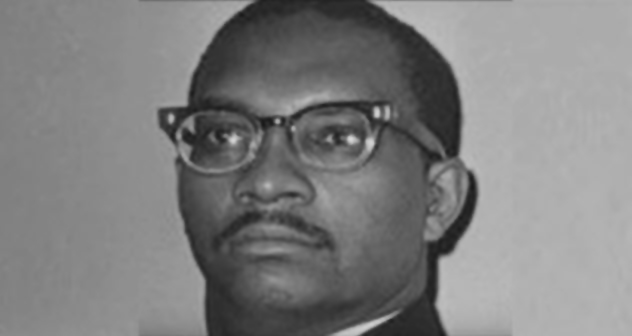 On February 21, 1965, Malcolm X was assassinated while speaking to a crowd at the Audubon Ballroom in New York City. He was shot by three men who were allegedly angry about Malcolm’s split with the Nation of Islam.

Suspicion also settled on Reuben X. Francis, who had become Malcolm’s bodyguard just months earlier. Francis was a former Nation of Islam member who had defected with Malcolm.

During the assassination, Francis shot and wounded Thomas Hagan, one of the assassins. Francis was arrested by the NYPD and released on bail. Then he vanished and was never heard from again.

8 The Ulsterman And Messieurs One, Two, And Three

In 1963, a large gang of criminals held up a British mail train en route to London. They made off with £2.6 million in cash. The train operator was badly injured in the heist and later died. The brazen crime, which was reminiscent of the daring train robberies of the Old West, fired the public imagination and kicked off a massive police investigation.

Twelve of the robbers were eventually brought to justice—including Ronnie Biggs, who had eluded authorities for 36 years. But the identity of some of the others remained unknown, including the “Ulsterman” who may have been the mastermind. In 2014, one of the surviving robbers identified the Ulsterman as a postal worker named Patrick McKenna.

Theories have been put forth as to the identities of the remaining robbers, sometimes called Mr. One, Mr. Two, and Mr. Three. Mr. One may have been an experienced criminal named Freddie Foreman. Mr. Two may have been an electrician named Leslie Aldridge who was an expert on alarm systems. Mr. Three is believed to be Henry Smith, who was identified by Scotland Yard as a suspect but never charged.

All we know for sure is that some robbers got away with their share of the money. 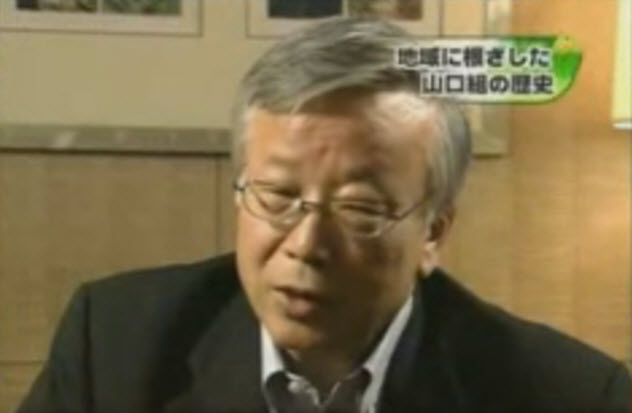 For the most part, Manabu Miyazaki lives his life in the open. Despite his public image, he is deeply involved in organized crime and has been only steps ahead of the police and other criminals at times.

Miyazaki is a well-known yakuza in his native Japan, where he excels at intimidating creditors into writing off debts and landowners into selling prematurely. He has also been linked to one of the most bizarre episodes in Japanese criminal history—a series of corporate extortion schemes in the 1980s led by a “fox-eyed man” who bore a striking resemblance to Miyazaki.

Although he was questioned by police, he was never charged. The identity of the extortionist remains a mystery. In 1986, Miyazaki survived an assassination attempt by a rival criminal organization.

Since then, he has become a celebrity writer and social commentator. His autobiography sold 600,000 copies in Japan, and he is often critical of the Japanese media. Now in his seventies and given his stature in Japanese society, Miyazaki will probably never be charged with a crime.

Dawood Ibrahim is held in high esteem in Pakistan: Musharraf

In 1993, multiple bombs tore through Mumbai, India, killing 257 people and wounding over 700 more. Organized crime figure Dawood Ibrahim was implicated in the blasts, which were supposedly carried out in retaliation for earlier anti-Muslim riots.

The little that is known about Ibrahim is frightening. Starting out as a hit man, he worked his way up to become the most powerful person in the Mumbai underworld in the 1980s. He even had his hands in the Bollywood film industry, spending time at lavish parties with various Bollywood stars.

When Mumbai became too hot, he moved his operation to Delhi. In the 1990s, he became involved in global terrorism with ties to Al-Qaeda. Following the Mumbai bombings, Ibrahim fled to Pakistan, which has no extradition treaty with India.

Pakistan denies that it is harboring Ibrahim, but it appears to be an open secret. In 2015, Ibrahim reportedly threw a lavish party for his 60th birthday with over 600 invited guests. 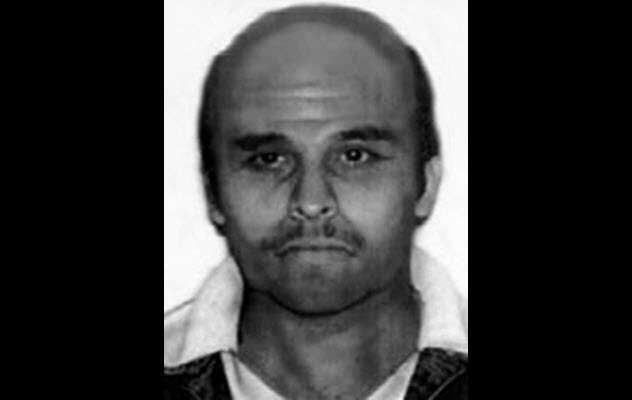 In 1983, Victor Manuel Gerena orchestrated a heist of $7 million in cash from a Wells Fargo truck in West Hartford, Connecticut. Until that point, Gerena had been employed as an armored truck driver and was reportedly unhappy with his station in life.

On this trip, he put his coworkers to sleep by injecting them with a mix of aspirin and water, loaded the cash into a Buick, and drove away. It was the largest cash robbery in US history.

Police believe that Gerena was smuggled across the Mexican border in a motor home. Then he delivered the money to Los Macheteros, a Puerto Rican separatist group.

The FBI has apprehended 19 other people connected with the heist, but Gerena remains elusive. He is believed to be in Cuba, where he lives a modest life because he was not allowed to keep any of the money. He has been on the FBI’s Ten Most Wanted list since 1984—longer than anyone else.

Jamal Al-Gashey was one of the Palestinian terrorists who took Israeli athletes hostage during the Munich Olympics in 1972. The hostage takers demanded the release of more than 200 Palestinian prisoners. When Israel and other countries refused to release anyone, the German police moved in.

Unfortunately, the German police were ill-prepared to handle a hostage crisis of such magnitude. In the ensuing bloodbath, 11 Israelis and five terrorists died. Al-Gashey was captured.

Less than two months later, however, Germany released Al-Gashey as part of a prisoner swap after a Lufthansa jet was commandeered by members of Black September. Israel was infuriated. Al-Gashey was a target of Israel’s infamous “Wrath of God” campaign, but they were unable to track him down.

Since then, Al-Gashey has been in hiding. In 1999, he was interviewed in a secret location for a documentary called One Day in September. Wearing a disguise, Al-Gashey stated that he was still proud of what he had done.

In 1960, 20-year-old Sharon Kinne and her husband were in the middle of a rocky divorce when she shot him in the head. Initially, police believed her story that it was an accident. Then the wife of a man that she was seeing also turned up dead.

Kinne was indicted in Kansas City for both murders. However, the case turned out to be complex for the prosecutors. Kinne was a formidable opponent in the courtroom, and she was ultimately tried five times. This turned out to be a boon for Kinne because she used her time in jail to make connections with various criminals, including some in the Mafia.

While out on bail in 1964, Kinne and another man fled to Mexico. They quickly ran afoul of the law by murdering two men. The Mexican press dubbed her “La Pistolera.” She was caught and sentenced to 10 years in a Mexican prison. 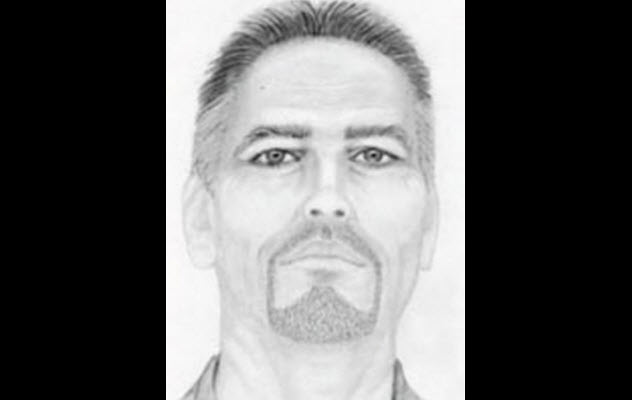 In 1987, Glen Stewart Godwin had only been confined to the notorious Folsom Prison for five months when he escaped. He slipped down a storm drain whose bars had been cut and through a tunnel marked with arrows. Then he used an inflatable raft to vanish across a river to freedom.

The daring escape has been compared to The Shawshank Redemption, but this was not fiction. Godwin was a convicted murderer and a dangerous man. He managed his escape with the help of a manipulated inmate. This inmate eventually committed suicide.

While on the run, Godwin married and eventually made his way to Mexico. There, he was arrested on drug charges and sent to a high-security prison. In 1991, he escaped again after killing a fellow inmate. He hasn’t been seen since. The FBI believes that Godwin is still living in Mexico and may have had plastic surgery to disguise himself. 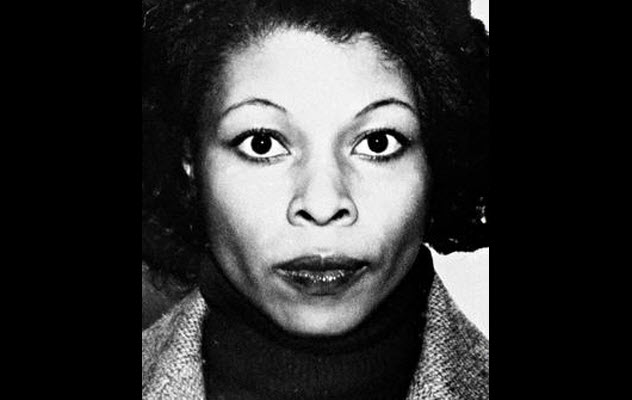 In the late 1960s, Joanne Deborah Chesimard joined the Black Panthers and changed her named to Assata Shakur. She was driven by politics so radical that she believed strongly in a coming race war. Soon, she left the Black Panthers for the far more violent Black Liberation Army (BLA).

In 1974, she shot a New Jersey state trooper during a confrontation. A BLA member also died. Shakur claimed that her hands were up, but she was found guilty of murder and sentenced to life in prison. In 1979, a group of sympathizers carried out a daring armed raid of the prison and freed her.

After her escape, Shakur made her way to Cuba, where she has enjoyed political asylum ever since. The New Jersey State Police consider Shakur a terrorist and have kept the case open. So far, their attempts to have her extradited to the US have not been successful.