Criminals will do anything to get away with their sinister deeds. After all, nobody wants to go to prison. While some criminals go about evading the authorities with conventional methods, others choose to do so in a creative way. Most of the time, however, there is a difference between a split-second decision and poor judgement.

Some of the following criminals made seemingly smart choices in their attempts to evade the police, while others made some questionable decisions which ultimately led to ridiculous situations. Their actions certainly aren’t the kind of thing you see everyday. Here are ten of the most bizarre things criminals did to evade the authorities in recent times.

10 Weathering A Storm On A Roof 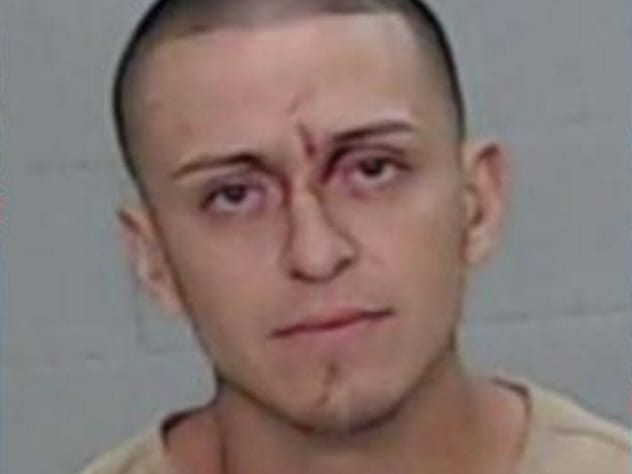 In October 2018 in Odessa, Texas, the police tried to perform a routine traffic stop on a man driving a maroon Chevrolet Silverado before the car suddenly sped away. The man behind the wheel was Uriel Loya, and he had a parole violation warrant for his arrest. After driving at a high speed for a few blocks, he abandoned his vehicle and tried to escape on foot.

Loya was so desperate to escape from the authorities that he broke into a local business and caused more than $2500 worth of damage as he scrambled onto the roof, breaking several roof fixtures along the way. After he stood for about three hours on the roof in the middle of a storm, the police were able to get him down and take him into custody. Loya was charged with the manufacturing and distribution of methamphetamine, evading in a motor vehicle, criminal mischief, and criminal trespassing.[1]


9 Jumping Into A Car At A Drive-Thru 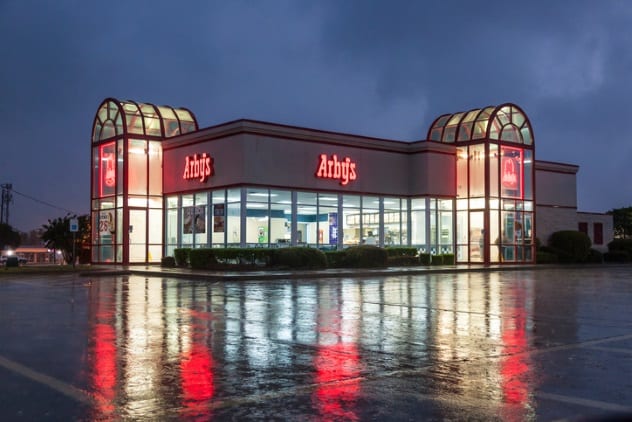 Also in October 2018, in Northumberland County, Pennsylvania, the police observed a car with a broken rear brake light and pulled the vehicle over. As one of the officers walked toward the car, a passenger jumped out of the back seat before the vehicle suddenly sped away, running multiple stop signs. The police chased the vehicle until it plunged down a grassy embankment, where it became lodged between two yellow poles. The suspect, identified as Jose M. Osorio, jumped out of his car and ran across a highway toward a fast food establishment.

Without hesitation, Osorio leapt into the back seat of a car sitting in the drive-thru lane. The police closed in on him, and one of the officers opened the car’s door and shocked Osorio with a stun gun, despite the terrified occupants witnessing everything unfold in their car. Unfortunately, the officer was also shocked during the struggle and inadvertently let the suspect go for a moment. As Osorio tried to close the car’s door again, the officer used his baton to strike him and removed him from the car. After being handcuffed, Osorio’s explanation as to why he decided to jump into a random car was simply to “get a ride.”

Osorio was transported to a hospital and admitted that he’d smoked synthetic marijuana an hour before the whole ordeal took place. As expected, the police found a small bag of what looked like marijuana inside his abandoned car.[2]

8 Throwing Fireworks At The Police During A Car Chase 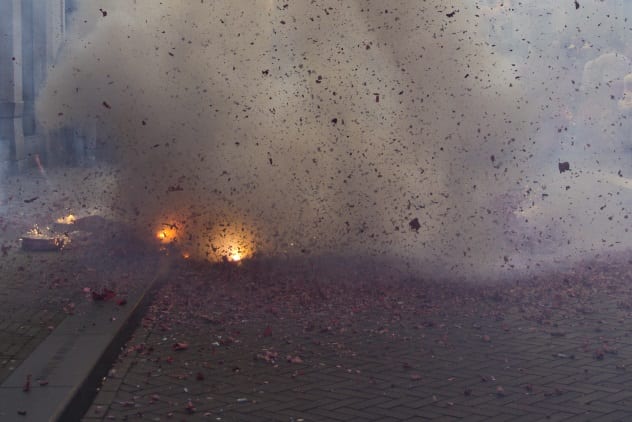 The local police of Bayview, Australia, responded to a report of a suspicious vehicle involved with a house robbery in September 2018. After the police arrived at the scene, the car in question drove off at an alarming speed. Not only did the vehicle drive on the wrong side of the road during the pursuit, but the driver started lighting fireworks and tossing them out of a window in an attempt to shake the cops. The car drove up an embankment near a bridge before it came to a stop. The occupants then tried to escape the police on foot.

The police easily apprehended the two suspects. Much to their surprise, they turned out to be two teens, a 19-year-old man and a 15-year-old girl. The male tried to resist arrest and ended up leaving an officer with some minor bruises. While the 15-year-old girl was later released, the 19-year-old male was charged with a wide range of offenses, including the possession of drug paraphernalia, driving an unregistered vehicle, reckless endangerment, and dangerous driving.[3]

7 Disguising Themselves As Beggars 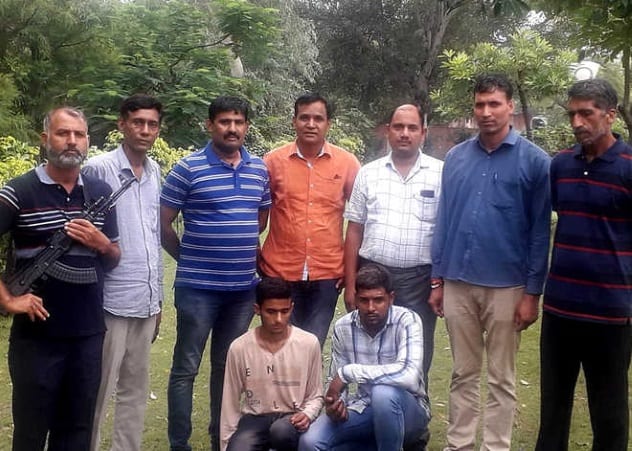 Two men, one of whom was a soldier, were involved with a gang rape that took place in Rewari, Haryana, India, in September 2018. Their names were Pankaj and Manish, and after they realized that the local authorities were looking for them after seeing a news report on TV, they buried their phones to avoid being tracked and fled on a bike into Rajasthan. Since they were running low on money, and the police were hot their trail, they decided to disguise themselves as beggars during the midst of religious celebrations. They were able to hide in plain sight and could even make arrangements for food and a place to sleep from the scraps they gathered while begging.

Despite the fact that they made a short trip back to Rewari from Satnaali in Rajasthan while the authorities were on the lookout, the two managed to evade the police for 12 days before being apprehended. The police also arrested two relatives of Pankaj in Rajasthan for harboring criminals, but they were released on bail later on.[4] 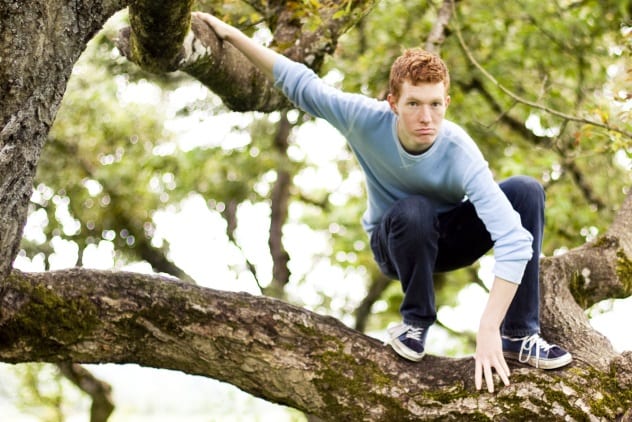 In April 2018 in Mira Mesa, San Diego, the police responded to a report of elder abuse at a house shortly after midnight. Once there, the officers tried to arrest the suspected man involved. Yet, he was quick to slip out of their hands and managed to run away. The cops looked on in surprise as the man started to scale a 15-meter (50 ft) tree nearby.

While at the top, the man seemed to be mentally unstable as he started breaking branches off and throwing them at the police. He was also singing, clapping, and screaming during the whole incident. After a while, the man calmed down enough to climb back down, after which he was taken into custody.[5]


5 Jumping From A Moving Van 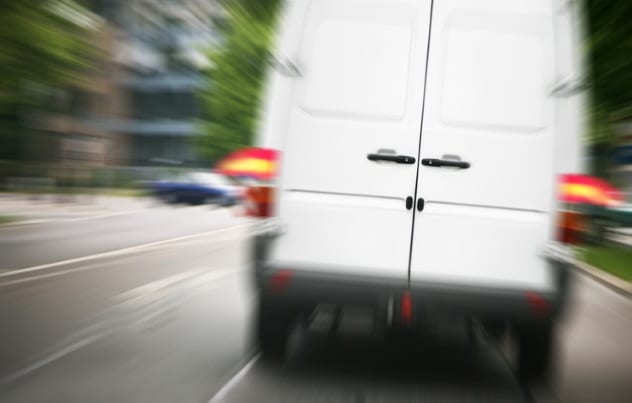 In September 2018, 18-year-old Johnny Buckland and a passenger were pursued by the local authorities of Rose Meadow View in Bristol for speeding. Caught on dashcam footage, the van can be seen dangerously overtaking cars, running a red light, and reaching speeds over 113 kilometers per hour (70 mph). Driving through a fence into a garden, the of soon-to-be father and his passenger leaped out of the Ford Transit while it was still going at a reasonably fast speed. Buckland ran down an alley on foot, leaving the van to crash into a parked car.

The police managed to chase Buckland down and arrest him. The reason why he ran? He was afraid because he just got his driver’s license. During his day in court, he didn’t show any regret or remorse for his actions. The judge was absolutely livid about what he did, calling his actions reckless and immature. Buckland was sentenced to eight months’ detention, his license was suspended for two years, and he was ordered to complete 200 hours of community service. He was also sent to a rehabilitation center for a ten-day treatment.[6]

4 Hiding In A Dryer In Alexander City, Alabama, in September 2018, the local authorities were following up on clues that could provide answers to a string of vehicle thefts in the area. The Tallapoosa County Narcotics Task Force, Alexander City Special Response Group, US Marshal Gulf Coast Fugitive Task Force, and the Alexander City Housing Authority managed to obtain a warrant to search a house suspected to be involved. Officers searched the entire “safe house” and came up with nothing, yet they refused to give up. An officer decided to look inside a clothes dryer and found their suspect, 18-year-old Allen “Nunnie” Sandlin, tumbling out straight into handcuffs.

Afterward, the authorities suspected that the homeowner may have helped Sandlin evade the police. Charges were filed against him as well as another person named Selena Moten, also believed to have been involved with the vehicle thefts. Sandlin was charged with numerous offenses, including three counts of attempting to elude, obscuring the identity of a vehicle, obstructing justice, receiving stolen property, possession of a controlled substance, and so forth. Moten was charged with possession of a controlled substance, hindering prosecution, and forbidden possession of a firearm.[7] 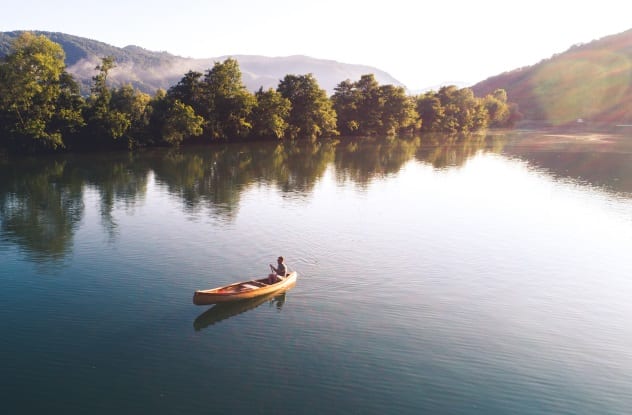 In August 2018, the local authorities in Michigan conducted a raid of a marijuana-growing operation situated on a property in Elmer Township, Sanilac County. Hendrick J. Westers, the 60-year-old owner of the property, desperately tried to evade the police by hopping into a canoe in the nearby lake and paddling away. After floating in the middle of the lake for a while, Westers finally realized that there was no way out of his situation and eventually returned to land. He was taken into custody and charged with resisting arrest and, of course, multiple drug charges.

The police inspected the whole property and found more than 700 marijuana plants mixed in among other crops. According to Michigan’s marijuana law, licensed operations are allowed to grow a limited amount of medical cannabis. Yet, Westers never had any permit to grow marijuana and was cultivating an amount that far surpassed the legal limit. He was later released on bail.[8] 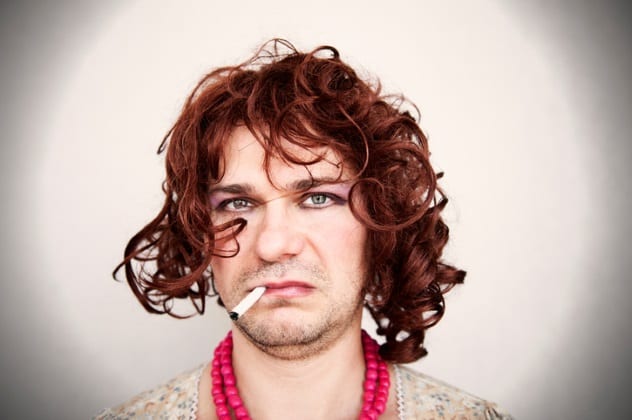 In May 2018, San Antonio police were on the lookout for a fugitive who was suspected to be hiding out at a local motel. With surveillance equipment planted in the suspect’s room, the police asked some of the motel workers if they’d seen the fugitive. Manuel Romo, one of the motel’s maintenance workers, was asked whether or not he had seen the suspect. Even after police provided a photo of their target, Romo kept denying ever seeing him around the motel.

A few hours later, the police noticed a man wearing women’s clothing walking away from the hotel. After he was arrested, the police asked why he decided to disguise himself as a woman. The suspect then told the officers that Romo was the one who told him about the cops keeping tabs on him. Romo even told the fugitive what the police were wearing, what their vehicle looked like, and that they were “watching him in his room.” Romo was arrested for hindering the apprehension of a fugitive, a third-degree felony punishable by up to ten years in prison.[9] 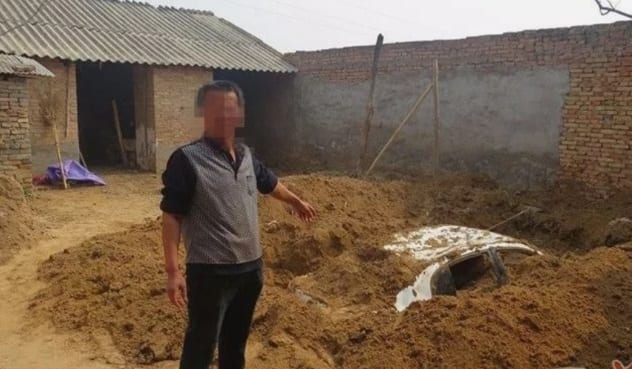 The police in rural Dali county, Shaanxi province, China, investigated a hit-and-run after three people were hit by an unknown vehicle in March 2018. One of the victims was a pedestrian, while the other two were on an electric bicycle. All of them were hospitalized with fractures. Using the fragments of a bumper found at the scene, the police could roughly identify the vehicle’s make. With the aid of surveillance footage, wanted posters were created and placed on social media, and village officials were enlisted to search for the motorist in question in an attempt to identify the fleeing criminal.

Yet, there was one reason why the motorist was able to prevent the authorities from discovering him. He dug a pit in his backyard and buried his car, even throwing the equipment he used to dig the hole in a nearby river. His father ultimately managed to persuade him to turn himself in to the authorities. When asked why he buried his car, the motorist said that he was simply terrified of being sent to jail.[10]

For more wacky criminal shenanigans, check out 10 Criminals Caught Thanks To Their Own Stupidity and 10 Criminals Who Butt-Dialed Police On Themselves.