Some criminals are not very clever, and they spectacularly fail to pull off their crimes. We’ve certainly published a lot of stories about crazy criminals whose antics defy rational explanation.

But the criminals on this list take “stupid” to a whole new level. Each of them managed to find themselves in so much trouble that they needed to call the police for help. 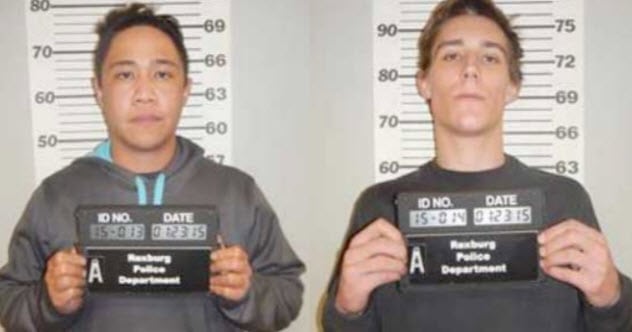 In early 2015, Leland Ayala-Doliente and Holland Sward were driving from California to Montana with about 9 kilograms (20 lb) of marijuana in their car. As they crossed the Nevada-Idaho border, the pair became convinced that they were being followed by policemen in civilian cars. The duo grew paranoid, and they decided to pull over and call the police.

When the 911 dispatcher answered, Doliente told her, “Hi, uh, we’re the two dumbasses that got caught trying to bring some stuff through your border, and all your cops are just driving around us like a bunch of jack wagons, and I’d just like for you guys to end it.”

The dispatcher was bewildered as no police were following the young men. However, she noted their location and sent a police car to get them. The officers arrived to find the two men with their hands on their heads and the marijuana tied up in a garbage bag on the side of the road. 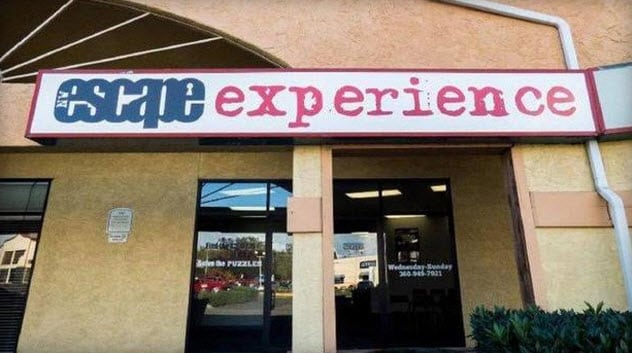 In mid-2018 in Vancouver, Washington, Rye Wardlaw broke into an escape room and grabbed a remote control, a smartphone, and a beer. Then Wardlaw sat down, drank the beer, and ate a burrito that he had brought with him. After he finished his breakfast, he tried to leave the room through the same door he had entered. However, he had broken the doorknob when he busted into the room, and the door would not open.

Wardlaw tried to get out of the escape room’s front door, but he couldn’t figure out how to open the lock. Fearing he was trapped, he started to panic. Wardlaw grabbed the business’s phone and dialed 911. He told the operator that he was calling from the escape room because his home was being burglarized.

While he was waiting for the police, Wardlaw managed to open the damaged door. He ran outside—right into the police officers. He was arrested and charged with second-degree burglary.[2] 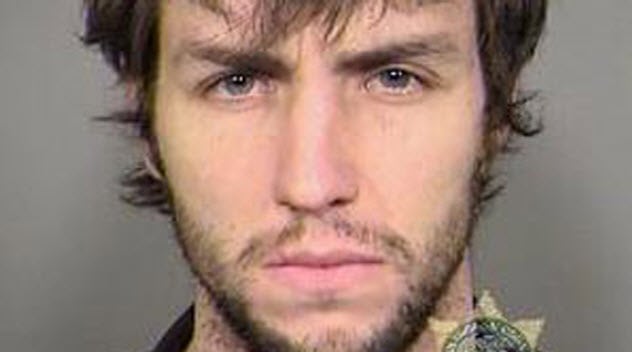 In 2011, Timothy Chapek broke into a Portland woman’s home, went into her bathroom, and jumped in the shower. While he was bathing, he heard the homeowner return. Chapek feared that she owned guns, so he locked the bathroom door, grabbed his phone, and called the police. He confessed to breaking into the home and begged them to help him.

Hilary Mackenzie, the homeowner, heard Chapek’s voice, and she told her daughter to leave the house. Mackenzie called her two German shepherds to her, and the trio went to confront Chapek. She asked him, “Why are you in my house taking a shower?” He responded, “I broke in. I was kidnapped.”[3]

Mackenzie went outside and called the police. They arrived and arrested Chapek. Repeating his story, he claimed that a group of men had kidnapped him and put him in the bathroom. Police did not believe Chapek’s story, and he was charged with a misdemeanor for criminal trespassing. 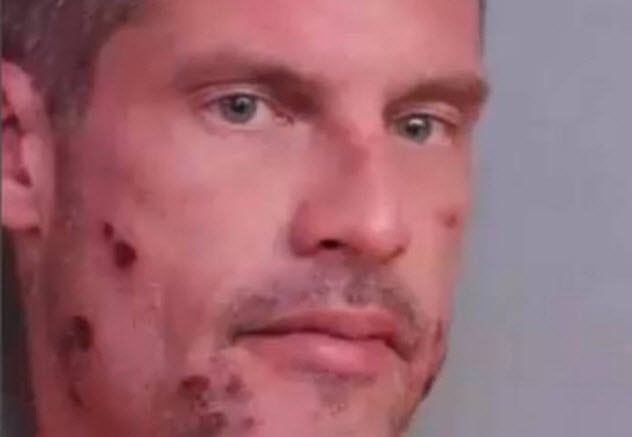 Having spent New Year’s Eve 2017 drinking and driving in Florida, Michael Lester decided to call 911 and turn himself in. He told the dispatcher that he had been driving drunk all night “trying to get pulled over.” He added that he was driving on the wrong side of the road and had no idea where he was.

The dispatcher urged him to pull over. So Lester decided to stop and find something to eat. He hung up on the dispatcher and parked his car in the middle of the road.

Officers quickly tracked Lester down and gave him a sobriety test, which he promptly failed. He told the policemen that he had drunk three or four beers, swallowed meth, and only slept four hours in the past four days. Lester was arrested and charged with driving under the influence, driving on the wrong side of the road, and driving without wearing a seat belt.[4] 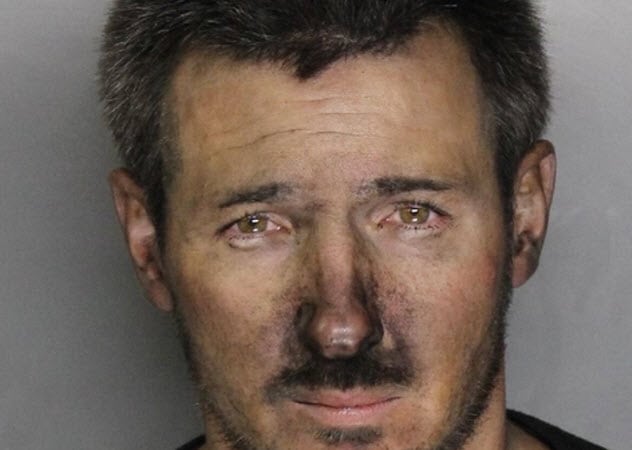 A couple of weeks before Christmas 2017, Jesse Berube decided to rob Loree’s Little Shack, a California bar where he was a regular customer. Inspired by St. Nick, Berube choose to enter the business through the chimney. He sneaked onto the roof, slipped into the chimney’s opening—which was less than 46 centimeters (18 in) wide—and slowly slid down the flue.

Around halfway down, Berube hit a dead end. The pipe took a 90-degree corner, and it was impossible for Berube to follow it. He tried to climb out of the chimney, but he could barely move. Berube managed to wiggle just enough to reach his cell phone and call for help.

Firefighters arrived and used specialized equipment to free Berube. He emerged from the chimney covered in soot but physically uninjured. Police arrested him, and he was charged with one count of burglary.[5] 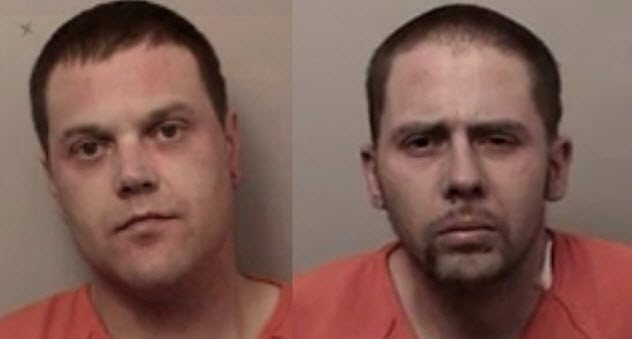 In early 2016, an El Dorado County, California, police officer spotted Triston Crossland and Derrick Dionno’s car swerving on the road and he attempted to pull the pair over. However, Crossland, a parolee, and Dionno, who had four active warrants, had meth, heroin, marijuana, and a gun in the car. They knew they would go to jail if they were caught.

The men parked and jumped out of their car. They ran down a canyon, crossed an icy river, ran across the snow-covered ground, and disappeared into the woods. Several hours later, Crossland and Dionno ran into a Forest Service officer, who warned them that they might freeze to death, but the duo just ran and hid.

Hours passed, and the pair started to worry that they actually would freeze to death. They called 911 and begged to be rescued. A SWAT team found the men the next morning. They were suffering from hypothermia and probable frostbite. A policeman said of the pair, “I have never seen two people happier to go to jail.”[6]

They were charged with felons in possession, evasion of a peace officer, obstruction, and numerous narcotics charges. 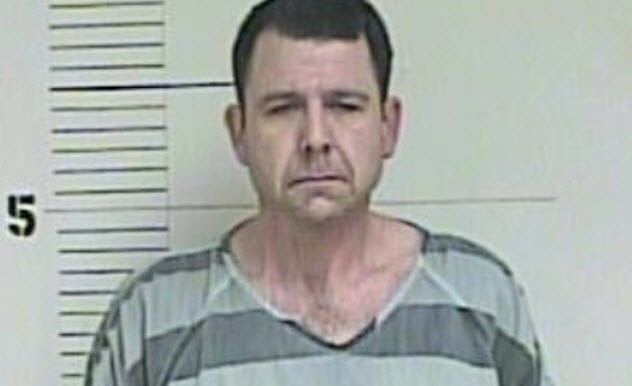 In late 2012, Christopher Moore broke into the Gerows’ Springtown, Texas, home in the middle of the night and began to burglarize it. He sneaked into the master bedroom, grabbed a few things, and accidentally woke up James Gerow. Moore left the room while Gerow got out of bed. Gerow initially believed that the intruder was his son, but he noticed that his son was still asleep. He spotted Moore’s truck in his driveway, grabbed a handgun, and ran to confront the thief.

Gerow managed to chase Moore down and take his car keys. Moore dove inside his truck and hid while Gerow and his son held him at gunpoint. Moore frantically called the police and told them, “I’m out in the country somewhere. Some guy’s got a gun on me. He’s going to come shoot me.”[7]

Police came and arrested Moore. He pleaded guilty and was sentenced to seven years of probation and 200 hours of community service. 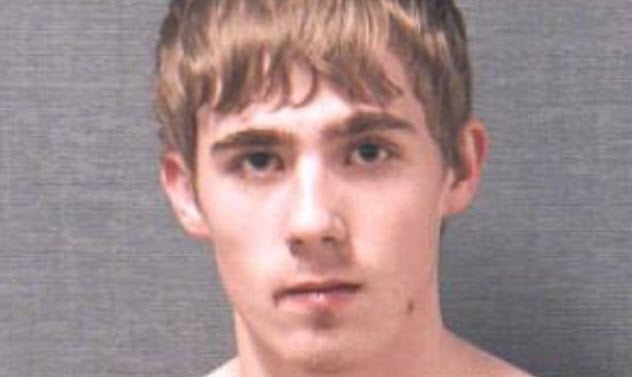 Cody Bragg was driving through a Walmart parking lot in Canton, Ohio, in 2011 when he spotted a purse in a shopping cart. He pulled his hood over his head and slowly rolled forward. Bragg reached his hand out of the car window and snatched the handbag. The owner grabbed her purse, and Bragg dragged her several feet before she let go.

John Shuman had been watching Bragg and thought he looked suspicious. After Bragg stole the purse, Shuman decided to follow him. Shuman hopped in his snowplow, called 911, and chased Bragg for 30 minutes.[8]

Bragg eventually noticed what the snowplow driver was doing, so Bragg called 911 to report that he was being followed. He told the dispatcher that he must have been mistaken for the purse snatcher. The dispatcher told Bragg to go back to the parking lot, where he was arrested and charged with robbery and theft. Bragg was sentenced to nine years in prison. 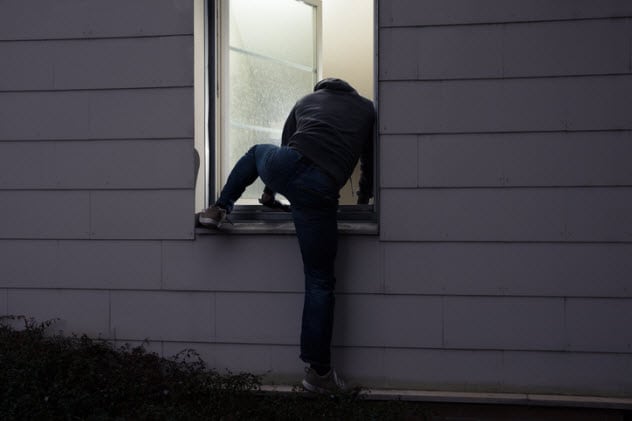 In early 2011, John Finch decided to break into a Delaware house that had been unoccupied since it was damaged in a storm. Finch had broken into the home once before, and he was certain that he could easily do so again.

He entered through a window in the house and headed straight for the liquor cabinet. Finch spent the next three days in a booze-filled stupor as he downed three bottles of gin and two bottles of whiskey.

After he had cleaned out the liquor cabinet, Finch decided to leave the house. He discovered that the homeowner had changed the locks since his last burglary. A key was now required to open the door—even from the inside. Finch was too drunk to deal with the locks or to climb out the window he had broken to get in.

So he called 911 for help. Officers arrived and spoke with him through a cracked window. They quickly realized that he was not the homeowner. Finch was taken to a hospital to sober up and then was charged with burglary.[9] 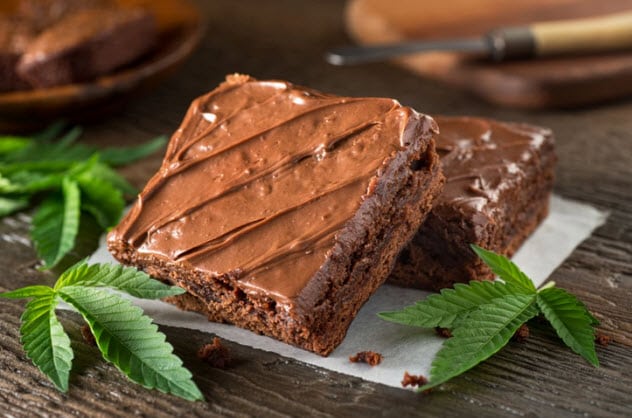 In 2006, Michigan police officer Edward Sanchez took marijuana from a criminal suspect and hid it in his vehicle. After retrieving the pot from his car later that evening, he and his wife baked it into brownies. They ate the entire batch.

Sanchez, who had smoked pot before, had never eaten a pot brownie. He began to feel strange. He started to worry that the pot was laced with something, and he called 911. Sanchez told an emergency dispatcher that he thought he and his wife were overdosing on marijuana.

Later, Sanchez admitted that he had stolen drugs before, including cocaine that his wife had used for a three-week binge. Neither Sanchez nor his wife was charged with any crime. However, he did resign from the police department.

Read more incredible stories about stupid criminals on 10 Most Mind-Numbingly Stupid Criminal Acts and 10 Criminals Caught Thanks To Their Own Stupidity.