Space travel has allowed us to explore the mysteries of the cosmos. However, new mysteries about certain spacecraft, famous cosmonauts, and spacecraft-related anomalies have appeared over the years. Some have been solved or have been reasonably explained, but others remain. This list will cover 10 of the most intriguing space travel–related mysteries.

In 2014, Russia launched three military satellites on the same rocket, which isn’t an uncommon occurrence. What wasn’t common was when something originally thought to have been a piece of debris started to maneuver in space. Given the designation 2014-28E by NASA, the object moved around and then settled into a position near the upper stage of the rocket that had launched it. Russia then updated their launch details to include a fourth satellite.

The satellite could be a test bed for interceptor satellites, which could creep up on other satellites in space and either spy on them or damage them via ramming or other methods. While the United States and China had tested such systems before Object 2014-28E was launched, Russia has remained silent on the function of the satellite and never officially admitted it existed, unlike both the US and China for their tests. The test is speculated to be a revival or continuation of the Soviet Union’s Istrebitel Sputnik anti-satellite program. The Space Shuttle’s design parameters were largely driven by the US Air Force, which wanted it to transport large military satellites into orbit and return large payloads to Earth. Military requirements drove the iconic delta-wing design of the Shuttle, and the Air Force was a key political backer of the Shuttle program. Between 1982 and 1992, 11 Space Shuttle missions were launched by the military, carrying everything from military communication satellites to esoteric spy satellites. The more mundane military missions which orbited communication satellites have since been declassified, but many others are still classified, and what happened on them is still a mystery.

Astronauts from those missions have kept silent, although scarce details have since emerged over the years. For one of the classified missions, STS-27, it has now been publicly acknowledged that the shuttle’s robot arm had been used on the mission. Other details have emerged: In 2001, just before what NASA publicly stated was the 100th US spacewalk, astronauts performing the walk that were told that they were actually doing the 101st spacewalk, a hint that there had been a secret spacewalk on one of the military shuttle missions. 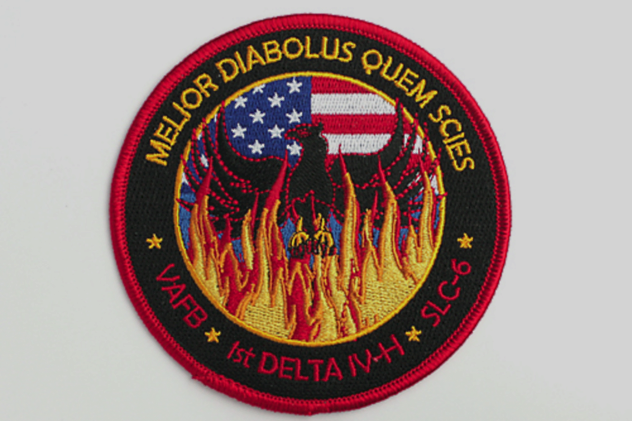 During the days of the Gemini program in the early and mid-1960s, a tradition was established by Gemini crews to design their own mission patches. The National Reconnaissance Office (NRO), the US Agency that oversees US spy satellites, has copied NASA tradition. Every launch, though shrouded in secrecy, has its own mission patch.

Despite the mission patches being publicly available for perusal, they flew under the public’s notice for decades until the launch of NROL-11 in 2000. NROL-11’s patch revealed classified information about the launch, and a civilian astronomer was able to predict the orbit of NROL-11 based solely upon information deduced from the mission patch, including that its launch was meant to replace a defunct satellite.

When the story was published, the patches came under public scrutiny, but instead of classifying the patches, the NRO has responded with increasingly outlandish designs—which still hide clues in them. (NROL-49’s is pictured above.) Two stars on a mission patch with a ship might symbolize a pair of satellites that track enemy naval vessels, and dragon wings on another patch may represent high-altitude signals intelligence satellites. However, nothing is sure, and many of the patches’ tantalizing hints are still shrouded in mystery.

The third and final stage of the massive Saturn V rockets, the S-IVB, was the stage that would boost the Apollo astronauts from low-Earth orbit toward the Moon. After Apollo 12, all subsequent S-IVB stages were crashed on the Moon. (The kinetic energy from the crashes allowed scientists to investigate the internal makeup of the Moon.) All the impact sites were successfully identified through tracking the S-IVB stage as it approached the Moon . . . except the Apollo 16 mission, where NASA lost contact with the S-IVB stage before its impact.

For many decades, the location of Apollo 16’s S-IVB impact site remained a mystery, even when NASA space probes had identified the impact sites of all the other Apollo S-IVBs that had been crashed into the Moon. In late 2015, however, scientists pouring over photos finally identified the crash site. Apollo 16’s third stage had eluded scientists for decades because it had crashed 30 kilometers (19 mi) from where they had expected it to crash.

The Pioneer 10 and 11 probes, launched in 1972 and 1973, were the first space probes to explore the outer solar system, navigating the asteroid belt and flying by Jupiter and Saturn. They’re on course fly out of the solar system entirely. About a decade after they were launched, however, scientists realized that the probes were slowing down as time passed. Initially, they thought this was due to the probes’ remaining propellant leaking out, but they were still slowing in 1998, raising the possibility that a new, Einstein-contradicting physics theory would be needed to explain both probes’ velocity changes.

The uncertainty persisted until the 2000s, when a group of scientists started to look at decades-old recordings of data on the probes themselves and laboriously construct software models of the spacecraft from blueprints. Modeling the Pioneers’ thermal characteristics to see if any part of them could be radiating heat in a way that would slow them down, the group arrived at the conclusion that paint on the Pioneers’ radioisotope electric generators were causing the velocity change. 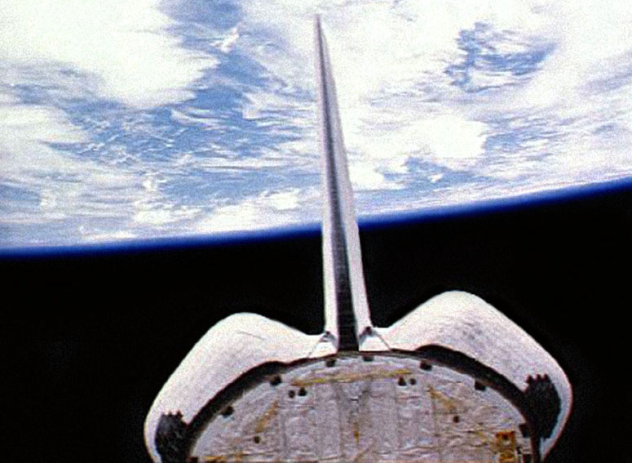 In 1990, Space Shuttle Atlantis launched into space on a secret military mission, STS-38. Its payload was initially identified as a signals intelligence satellite boosted to geosynchronous orbit by a two-part upper stage. However, a single declassified picture (seen above) showing Atlantis’s aft structure during the mission rules out the possibility that the shuttle was carrying such a payload, which raises questions about what kind of satellite, or satellites, Atlantis actually carried.

The US military’s satellite catalogue lists two objects as having been launched into geosynchronous orbit from STS-38, and in 1999, reports began to emerge which suggested that there were indeed two satellites—a military communication satellite and a top secret stealth satellite called the Prowler. The Prowler satellite reportedly maneuvered around in geosynchronous orbit and spied on communication satellites there, using stealth technology to remain hidden from view.

While there is a lot of circumstantial evidence indicating the existence of the Prowler, the US has never acknowledged that it exists, and the real facts of STS-38, and the Prowler, remain shrouded in secrecy.

The first British space probe ever built, the Beagle 2 Mars lander hitched a ride on the European Space Agency’s Mars Express orbiter in 2003. Unfortunately, after it separated from the Mars Express, contact with Beagle 2 could not be reestablished. Various theories were proposed to explain Beagle 2’s silence, most of them blaming the landing system, which had been plagued with problems. The majority of scientists assumed that the probe had smashed into the surface of Mars and left it at that.

In January 2015, a NASA space probe found Beagle 2 intact on the surface of Mars. The probe had landed successfully, but its antenna had failed to deploy, meaning that it couldn’t communicate with Earth or receive instructions. The discovery finally gave closure to Beagle’s scientific team, which had searched tirelessly for the lander for nearly a decade, pouring over photos taken by NASA and European space probes. 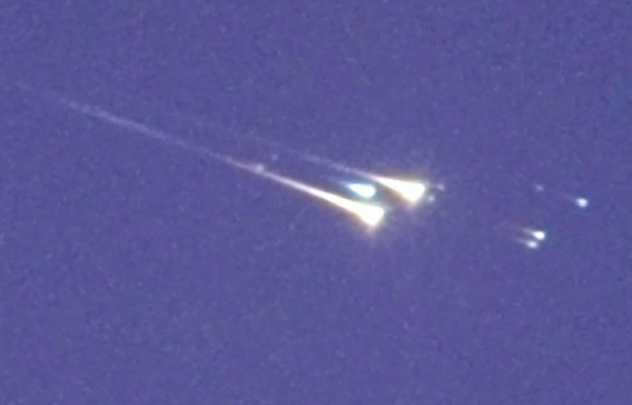 A mysterious space object formerly in an orbit around Earth, WT1190F was spotted in 2013 but only formally catalogued in October 2015. Analysis of its trajectory showed that it would soon crash into Earth. Further analysis also indicated that the object wasn’t a naturally occurring asteroid. With one tenth the density of water, WT1190F was likely the upper stage of a rocket that had launched a space probe, although which particular probe rocketed into space on top of WT1190F remains something of a mystery. Conspiracy theorists seized on the object as proof of extraterrestrial life.

On November 13, 2015, WT1190F reentered Earth’s atmosphere over the East Indian Ocean, giving scientists a chance to study the reentry characteristics of artificial objects. Analysis of the object’s trajectory indicated the upper stage of the Lunar Surveyor probe as the most likely candidate to be WT1190, but scientists are still unsure, and more data on the trajectory of WT1190 is needed before the question can be answered.

2 The Death Of Yuri Gagarin 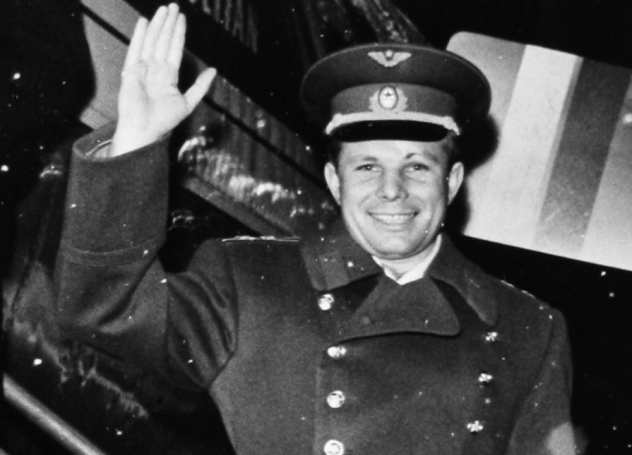 In 1968, just seven years after Yuri Gagarin’s historic flight in 1961, he was flying in a training jet with a flight instructor when his plane crashed, killing both. The official Soviet inquest report into his death said that Gagarin had tried to avoid a bird, and the aircraft had subsequently spun out of control. That explanation has been widely challenged by everyone from his fellow cosmonauts to the KGB, who conducted a separate, secret inquest into Gagarin’s death.

Alexei Leonov was in the area where Gagarin crashed that day and reported hearing two sonic booms just seconds apart. Leonov also noticed an Su-15, a new fighter jet that was being tested that day, flying lower than it was supposed to. The official inquest made no mention of the Su-15, but Leonov believes the Su-15 pilot could have accidentally killed Gagarin by flying too close to his aircraft and causing Gagarin’s aircraft to enter into a spin.

The KGB, on the other hand, believed that flight controllers might have killed Gagarin by giving him poor weather information. Other theories range from sabotage to Gagarin being drunk on the day he piloted his spacecraft. Whatever the truth, the mystery remains. 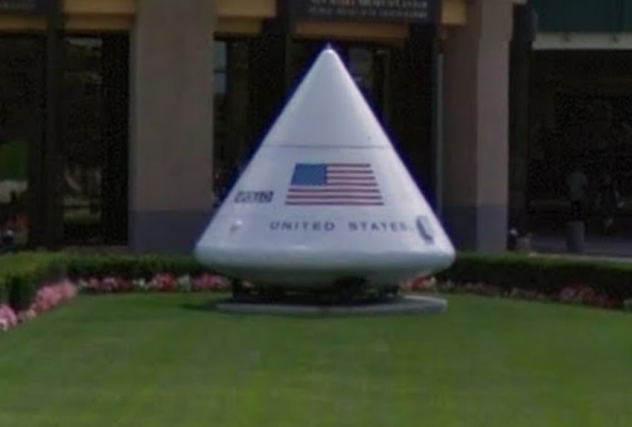 Apollo BP-1227 was a mock-up Apollo capsule used by US ships to simulate the recovery of Apollo astronauts. In 1970, it was apparently lost at sea near Great Britain while being used. However, there was a Soviet ship nearby which could have stolen it. It would soon find its way back into American hands, however.

In late 1970, the US icebreaker Southwind was visiting the Soviet port of Murmansk when Soviet officials there unveiled an Apollo capsule which turned out to be BP-1227. The Soviets claimed that it had been recovered by a Soviet fishing boat off the eastern coast of Spain and transferred the capsule back to the crew of the Southwind with pomp and ceremony. The Southwind carried it back to the United States, where it was returned to NASA and ended up on display.

What happened to BP-1227 between its loss at sea and its handover to the Southwind remains a mystery.