In Victorian era England, a woman who wore makeup was considered to be a “painted lady” or prostitute. Although painted white faces and bright red lips had been popular before she came to power, Queen Victoria called makeup “vulgar,” which led many people in England to abandon it altogether or try for a more natural makeup look.

As a result, the 1800s were filled with inventions to enhance women’s natural features, but many of these ideas deformed their bodies or slowly killed them with toxic chemicals. 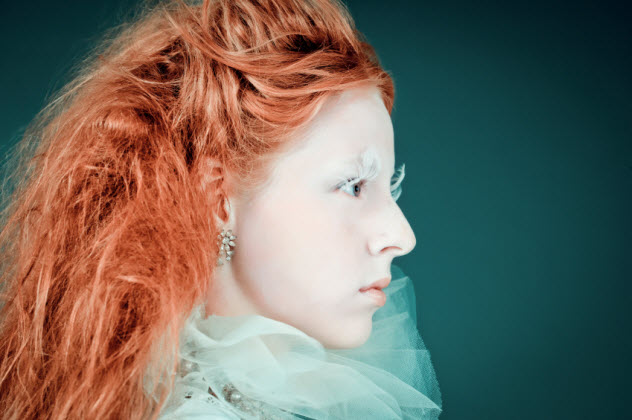 Having an extremely pale, fair complexion was important to women in the 1800s. Upper-class women wanted to show that they were wealthy enough to not have to work in the hot sun. They wanted their skin to be so pale that it was “translucent,” as in you could see the veins in their faces. Victorians had an obsession with death and actually thought that it was attractive for women to look sickly or dead.

The Ugly-Girl Papers by S.D. Powers recommended that women coat their faces in trace amounts of opium from lettuce leaves overnight and wash their faces with ammonia in the morning to ensure that they would always look as fresh and pale as possible.

Arsenic wafers were supposed to remove freckles and tans, making women look younger and more attractive. They were fully aware that arsenic was poisonous and addictive but chose to do it anyway for the sake of achieving their ideal of beauty. 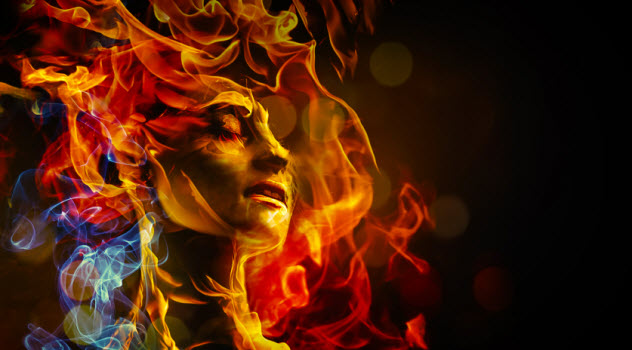 In the 1800s, curly hair was popular. Early curling irons were tongs that needed to be heated in a fire. If a woman pulled the curling iron out of the fire and applied it to her hair too quickly, it would be so hot that her hair would literally burn off.

As a result, baldness became a common problem for women in the Victorian era. Even if they became skilled at curling their hair, it was still a lot of strain on the scalp to constantly style it in tight curls.

Women did not seem to put two and two together and tried multiple remedies of teas and medicines. It was even suggested that hair should be bathed with ammonia and water to stimulate growth. Exposure to ammonia can cause respiratory problems and burn the skin. It can also cause blindness.

S.D. Powers suggested a mixture of equal parts sulfate of quinine and aromatic tincture for baldness and loss of one’s eyebrows in a fire. She also advised women to avoid having their curling tongs make direct contact with their hair, which many people did not realize until it was too late. 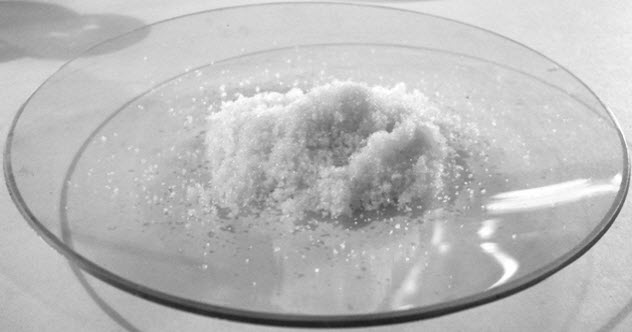 During the Victorian era, many people died of consumption (tuberculosis) and the society had a creepy fascination with death. In The Ugly-Girl Papers by S.D. Powers, she declared that the clearest, most beautiful complexions were seen on people in the earliest stages of consumption. Women with consumption were constantly vomiting blood, and Powers claimed that this was actually purging the impurities from their body, which made their skin clear and white.

To replicate this, she advised women to eat as little as possible. This allowed them to maintain just enough strength to function while also weakening their bodies. Powers suggested a meal plan that consisted of a handful of strawberries for breakfast, half an orange for lunch, and cherries for dinner . . . and, if you really must, it was okay to have some warm broth, too.

Powers also believed that ammonia carbonate and powdered charcoal was a must in any woman’s beauty regime. These toxic chemicals were supposed to sit on women’s faces. In addition, women were instructed to take a variety of medications every three months to “purify” their blood, although they were really making themselves sick to achieve the look of being close to death. 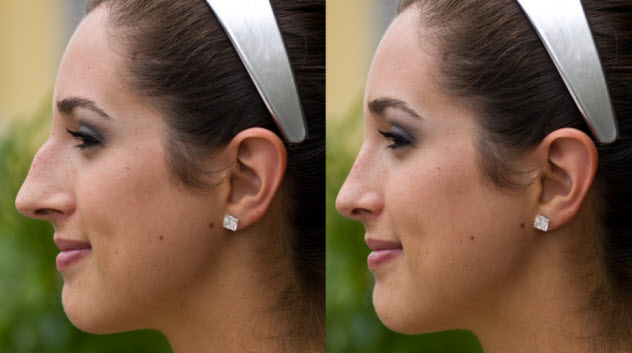 During the Victorian era, many men and women were unhappy with the noses that they had been born with—just like today. Years before plastic surgery existed, there were a variety of companies that manufactured “nose shapers” or “nose machines.” These metal devices were strapped to a person’s face to squeeze the soft cartilage of their nose to be smaller or straighter than it was before.

Over the years, nose shapers continued to be sold. Heather Bigg invented a spring-loaded contraption with straps to hold the metal around the patient’s face while they slept overnight and occasionally throughout the day. This trained the person’s nose to begin taking a more attractive shape.

Dr. Sid, a surgeon from Paris during the Victorian era, reported to his English colleagues that he had created a metal, spring-loaded contraption that squeezed a 15-year-old patient’s large nose for three months until she was happy with the results. 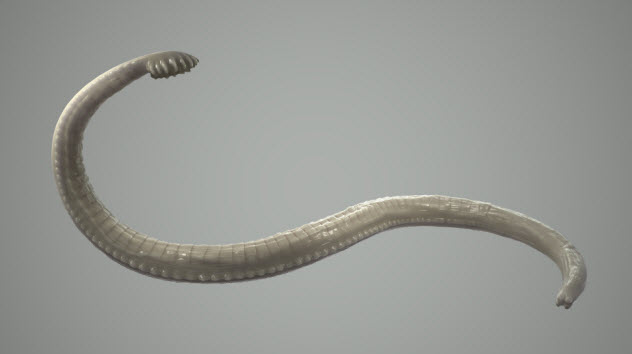 Corsets were popular during the Victorian era to make women’s waists as tiny as possible. To lose weight, some women would swallow a tapeworm pill on purpose. The slithery little creature would hatch inside the stomach and devour any food eaten by the woman.

After she was done dieting, the woman would take pills to kill the tapeworm. But it was also believed that sitting in front of a bowl of milk with your mouth open would entice the worms to crawl out on their own. However, tapeworms are known to grow as long as 9 meters (30 ft), so even if that method worked, people could choke in the process.

Dr. Meyers of Sheffield invented a device that was supposed to remove tapeworms from people’s stomachs. It was a metal cylinder filled with food that he would slide down the patient’s throat. They were instructed to avoid eating for several days, which would force the tapeworms into the cylinder to eat the food.

In theory, once the worms were in the tube, he could pull the tube out of the patient and remove the tapeworms from their stomachs. Sadly, many of his patients choked and eventually died from his invention. 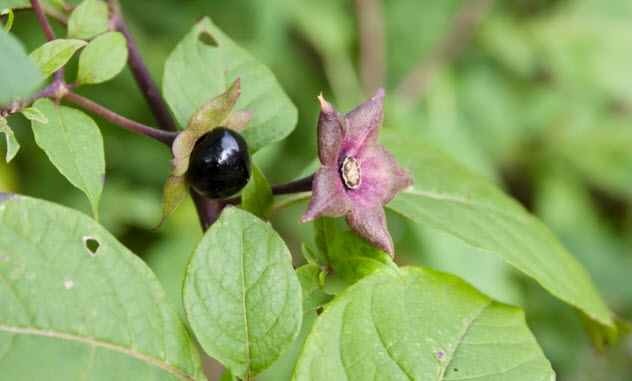 Along with the near-dead color of their faces, women with tuberculosis were known for having dilated pupils and watery eyes. When someone is in love, their pupils dilate as well. In Victorian era England, women with large pupils were considered extremely beautiful. To achieve this look, they would use eyedrops containing nightshade from the belladonna plant.

The belladonna plant is one of the most poisonous plants in existence. Consuming a couple of berries or a leaf can be fatal. In smaller doses, the poison may cause irritable bowels, rashes, swelling, and even blindness. Women of the Victorian era knew of these dangers and continued to use this poison anyway.

In her later years, Queen Victoria used belladonna drops in her eyes in an attempt to get rid of her cataracts. Although the drops did not cure her condition, her eyesight still improved because her pupils dilated. So she continued to use the eyedrops and refused to have surgery. 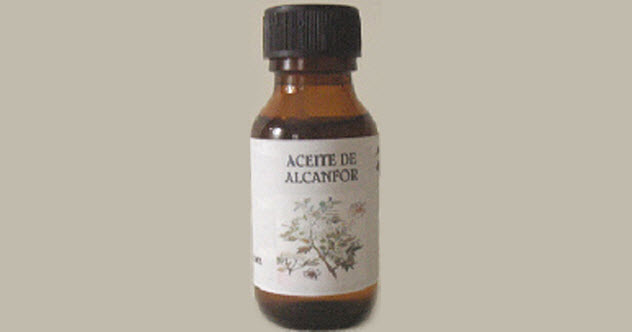 In The Ugly-Girl Papers, S.D. Powers recommended swallowing a teaspoon of poisonous ammonia mixed in a glass of water to improve the breath and prevent the decay of teeth for someone with an “acid stomach,” which we now call acid reflux. For toothpaste, she recommended using burned bread or charcoal twice a day to clean your teeth.

In the guide Personal Beauty: How To Cultivate and Preserve It in Accordance with the Laws of Health, the author recommends that if someone’s teeth are beginning to rot, they should use a mouthwash made with brandy, spirits of camphor, and myrrh. Swallowing spirits of camphor can lead to death, although it is used for infections and healing in vapor rubs.

For toothaches, cocaine lozenges were easily available for purchase at a local pharmacy. They were also believed to cure coughs and colds. Obviously, these lozenges must have been popular because people became unwittingly addicted to them. 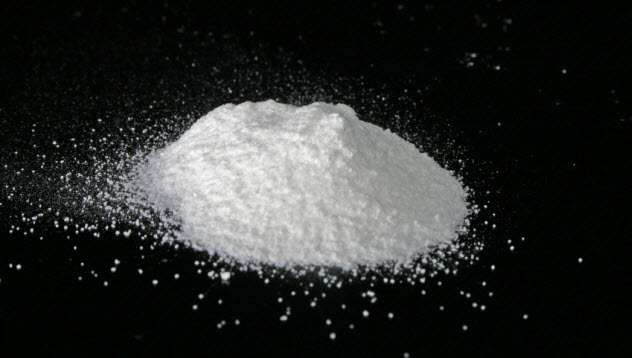 S.D. Powers published in The Ugly-Girl Papers the age-old myth that plucking a hair will cause three rougher and darker hairs to sprout in its place. This myth is actually false, and it is still told to young girls to this day. Instead of using tweezers or shaving, Powers had a variety of suggestions, including a seemingly harmless practice of drying out the skin with a paste of wood ashes so that hair would simply rub off.

However, not all of her hair removal ideas were so innocent. She also suggested killing two birds with one stone by whitening your forearms and removing hair at the same time. For this, she advised her readers to use chloride of lime, which is a chemical used to bleach cotton, followed by a vinegar rinse. At the very least, she told women to do this by an open window and even admits that the chemical can eat away your skin if left on for too long. 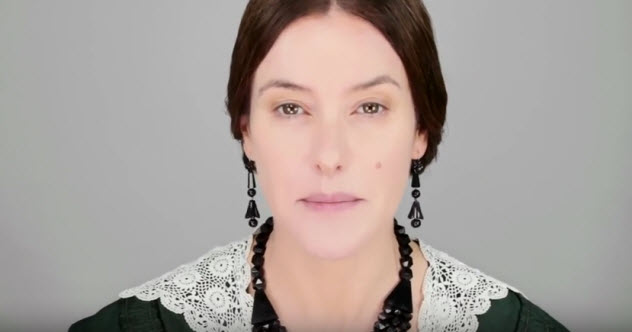 Fine Victorian women did not wear eye shadow. Since women wanted to look as natural as possible and did not want to be pegged as fallen women, they mainly focused on their complexions.

They used little eye makeup and focused more on sculpting and filling in their eyebrows. However, they could get away with homemade creams above their eyes, just to make them stand out. Some women would make light brown eye shadow out of cold cream and crushed cochineal beetles.

It was rare for anyone to wear eye shadow purchased from a store, which was called “eye paint” in the Victorian period. However, when a prostitute or a daring Victorian lady decided to try eye paint on a special occasion, she was slathering on cosmetics made from deadly chemicals.

These included red and white lead to color the paint as well as mercuric sulfide. The cosmetics also contained antimony, cinnabar, and vermilion. These chemicals poisoned the body, and mercury is even known to cause insanity. 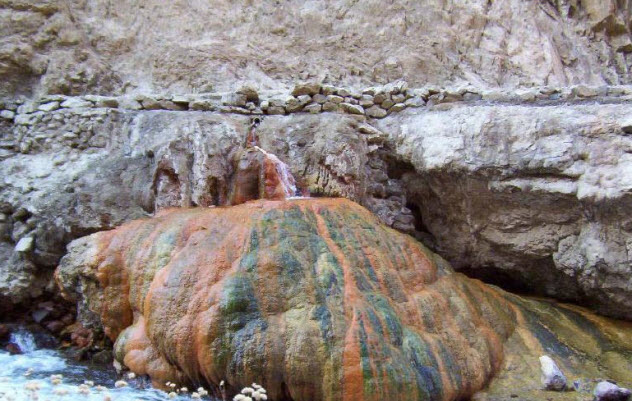 Lola Montez, a famous actress during the Victorian era, gave much more practical beauty advice than that in S.D. Power’s The Ugly-Girl Papers. Montez wrote her own book called The Arts of Beauty, Or, Secrets of A Lady’s Toilet.

According to her book, as she was traveling in Bohemia, she learned that it was common for women to take baths in and drink out of arsenic springs. She admitted that it was extremely dangerous, but at the same time, she admired how wonderful their skin looked as a result. She also explained that if women did not continue with the habit on a regular basis, they would die.

Arsenic is commonly used as a poison to kill rats, and it was easily attainable at pharmacies during the Victorian era. Women were not the only ones to see arsenic as potentially appealing. For years, it was seen as a primitive version of Viagra that increased male sexual potency. In small doses, it caused a euphoria or delirium, which made people addicted in both a chemical and psychological sense.

Shannon Quinn is a writer and entrepreneur in the Philadelphia area. You can see the rest of her work at shannquinn.wordpress.com.