Corporations, especially famous ones, often have a set image attached to them. Each is known for certain products, but sometimes, famous companies have extremely surprising side ventures. Here are 10 you would never have guessed. 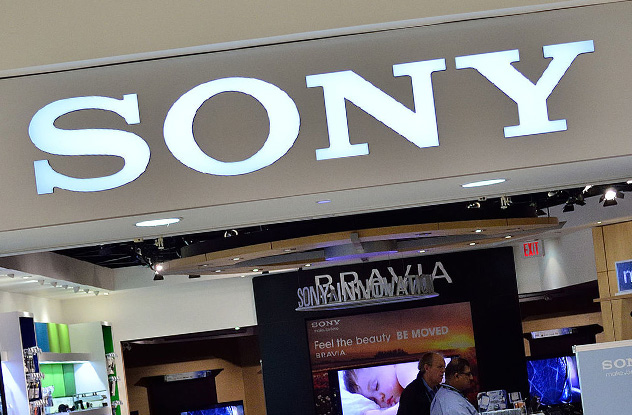 Sony Corporation is famous for its electronics, which include everything from the iconic Sony Walkman to 3-D headsets. Counterintuitively, however, Sony’s electronics division is hemorrhaging money—it cost the company $8.5 billion over a 10-year period from 2003 to 2013, while its best-performing division was its insurance branch, which over the same 10-year period raked in more than $9 billion.

Sony originally did only sell electronics, but in the 1950s, one of the founders was touring the US and was so impressed with the skyscrapers that he decided the corporation would one day have its own financial business. In the 1980s, Sony started selling insurance. Sony’s digital and media records branch—also profitable—also got bigger at this point.

While some financial analysts and corporate insiders want Sony to leave the electronics industry entirely or spin it off into a separate company, Sony has been reluctant to give up in the industry it is most well known for and where it still has significant market share. 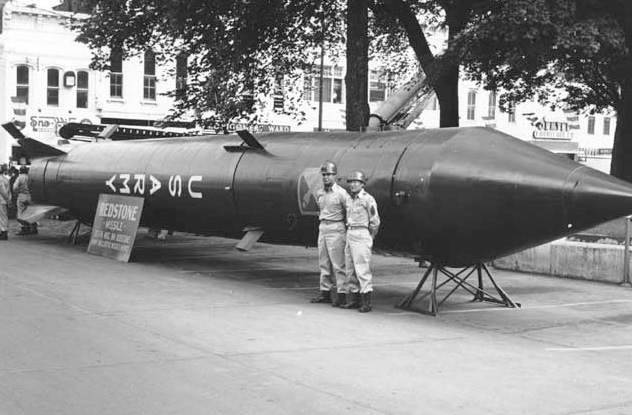 While Chrysler had been a simple automobile company before World War II, during the militarization of the United States, Chrysler built tanks and military electronics. Chrysler gained a reputation for having an engineering solution to many military problems as well as not price gouging the US government during the war. After the war, Chrysler put its engineering skills to use in manufacturing the US’s first ballistic missile, the Redstone rocket—which was also the rocket that launched the first American astronauts into space. Although they were initially reluctant to take the contract to build the Redstone missile, a series of fortunate coincidences involving cancelation of other military projects freed a factory for Chrysler to use to build the missiles. 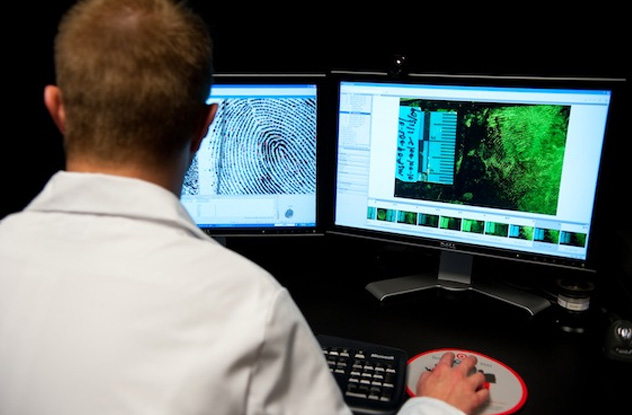 One of the largest retailers in the US, Target isn’t the first place you think of when you think of high-tech forensics. However, since the mid-1990s, Target has been turning its anti-theft technologies toward solving crimes. Using technology developed for tracking its inventories and preventing theft in its stores, Target applied the technology to help police across the United States track down criminals and coordinate with each other. Target’s asset tracking group has also applied its technology to help police.

Target also has its own private forensics labs, which have the same accreditation as the forensics labs of city police departments. They handle some cases that the police crime labs would find difficult, such as video evidence of a crime that is in an unconventional codec format. Target has also provided technology to police departments for free, and target employees can sometimes become heavily involved in FBI operations targeting criminal organizations, even going undercover. 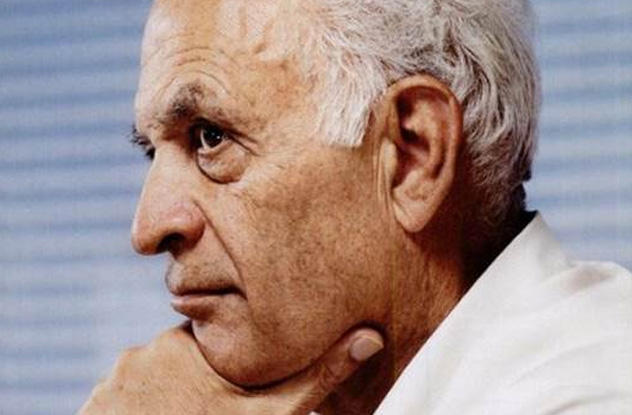 The Bose Corporation is best known for its high-definition speaker and sound systems. Indeed, Amar Bose, the scientist and MIT professor who founded the corporation, was inspired to create it because he was unsatisfied with the quality of the speakers he could buy. However, Bose himself is a tinker first and foremost, and because he has retained private control of his company, he can recycle company profits back into research of his choosing. And not all this research involves sound or even electronics.

In 1989, Bose walked into a forum on the new claim of cold fusion—a claim that could have revolutionized the world had it been true. However, upon discovering the scientists in the forum were hurling insults at each other instead of discussing cold fusion scientifically, Bose decided to form a group of scientists from his own company who would investigate cold fusion claims methodically. Over the course of two years, they disproved them all. 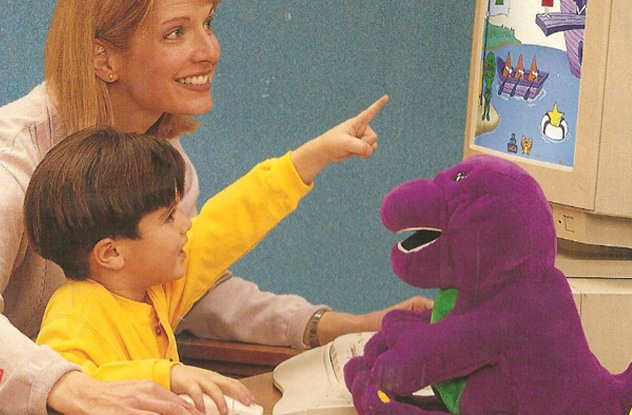 In 1997, soon before the dot com bubble, Microsoft came out with a new type of toy that it claimed would revolutionize the way children played—actimates. The 40-centimeter-high (16 in) toys, which included the likes of Barney the Dinosaur and Arthur the Aardvark, were packed with sensors and transmitters. This allowed the toys to make statements about TV shows the kids were watching as the kids watched them, as well as use sensors to interact with the kids directly through pre-programmed motions. Television channels would broadcast a secondary carrier signal that allowed real-time interaction and commentary.

Actimates was discontinued after just three years. The system was quite expensive and complicated to set up, costing $175. The choice of later characters after Barney may not have been as good, as later toys sold less well. As penetration of the toy market by technology was also quite limited by the time, the toy didn’t catch on. 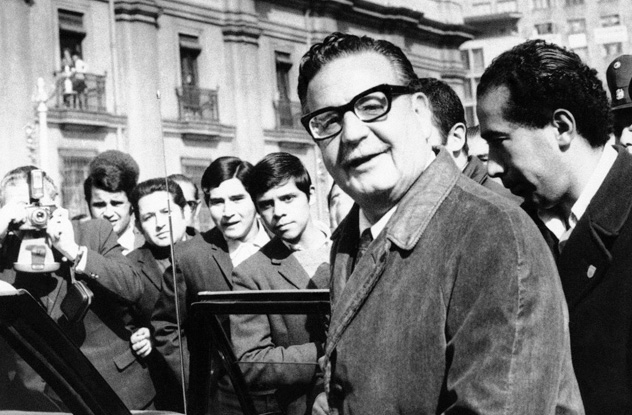 One of these corporations was PepsiCo, which had Pepsi bottling operations and other interests in Chile and feared that the socialist coalition under president Salvador Allende would nationalize foreign corporate assets in Chile. In 1970, a PepsiCo plea to Richard Nixon, who had once worked for PepsiCo as a lawyer, directly precipitated the 1970 CIA-backed Chilean coup that forced Allende from power and led to the rise of the Chilean junta.

4McDonald’s Has Its Own Fashion Lines 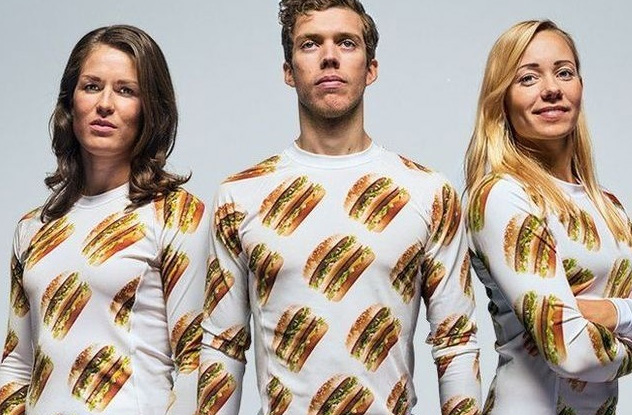 In 2015, McDonald’s came out in Sweden with something completely unexpected—a fashion line. The bizarre-looking clothing included raincoats and boots, with a white background adorned with pictures of Big Macs. Later offerings included wallpaper and even clothing for dogs. Part of a global campaign by McDonald’s called “I’m Lovin’ it 24,” the clothing was only available in Sweden.

This wasn’t a one-time idea. In March 2016, McDonald’s in Australia unveiled a limited edition line of pajamas, T-shirts, and casual button-downs, together with a national campaign of offering breakfast “brekkie” menu options throughout the entire day. Similar to the format of the 2015 campaign, the designs on the clothing had images of hash browns and McMuffins against a white or checkered background. Only a limited number of pieces were on sale, and they sold out extremely quickly.

3Playtex Made The Apollo Space Suits 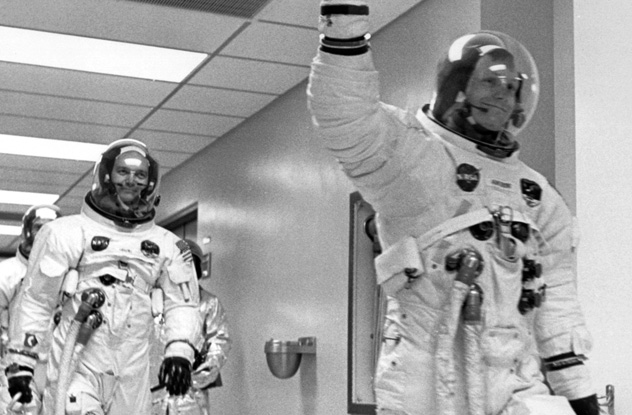 In the 1960s, the International Latex Corporation—which in the future would be known as Playtex—used their expertise with comfortable underwear to win a NASA contract to build the spacesuit that the Apollo astronauts would wear on the Moon. NASA (probably not fully trusting that a clothing company could make a spacesuit) made ILC work under Hamilton Standard, an aerospace and defense corporation. Without consulting ILC, Hamilton submitted its own prototype to NASA without ILC input. The Hamilton suit was rejected by NASA, and ILC lost their contract as Hamilton laid the blame for the suit failure at their feet.

ILC didn’t give up hope, however. When NASA hosted an invite-only competition for a new spacesuit, ILC managed to convince NASA to give them a second chance. ILC’s new suit, a wholly ILC design handmade by seamstresses, won the competition. Two competitor suits suffered embarrassing failures, while ILC’s suit passed the majority of the tests set for it. ILC would go on to make the suit Neil Armstrong wore when he first stepped on the Moon. 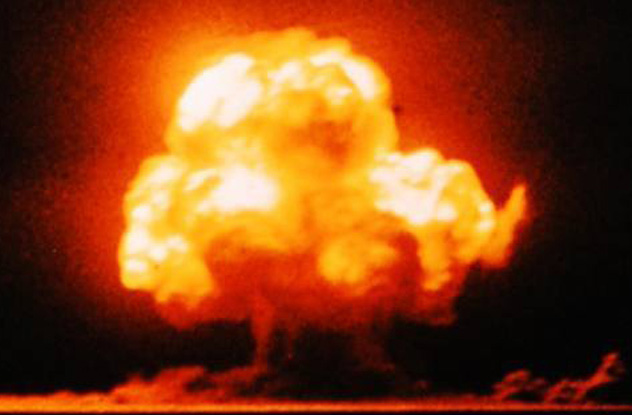 Monsanto is most well known today for its forays into genetically modified organisms. It actually started and has continued for much of its corporate history as a company manufacturing chemicals. But during World War II, Monsanto was one of the organizations behind the Manhattan Project, building and operating facilities used in the production of nuclear weapons components, continuing to operate the facilitates well into the 1980s.

Dr. Charles Allen Thomas and Dr. Carroll A. Hochwalt, both chemists working for Monsanto, were recruited to help with the Manhattan project in 1943. Thomas in particular was tasked with working out the production of plutonium needed for the bomb. Another task Thomas had to figure out was the production of polonium, another element needed for a nuclear weapon to work. The production of polonium fell to Monsanto, who built a top secret industrial facility in Dayton, Ohio, on the site of a community center. They staffed it until after the war, when radioactive contamination forced it to be demolished.

1Hooters Had An Airline 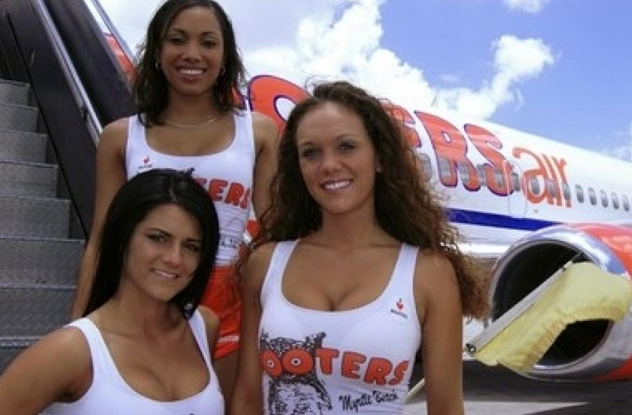 In 2003, the founder of Hooters, Bob Brookes, started an airline based on the model of his successful line of Hooters Restaurants. Buying a pre-existing airline, he remodeled it into Hooters Air. With competitive pricing and attractive, skimpily dressed hostesses onboard, the airline was initially a success, even though it had only a few aircraft. At its peak, the airline was transporting more than 1,000 passengers every week.

However, rising fuel costs and cheap competition ultimately doomed Hooters Air. In addition, the airline only shared the name and the waitresses of the Hooters restaurants, and no hooters restaurant food was served onboard. In 2006, the company stopped all passenger flights except for charter flights out of one city, resulting in hundreds of people losing their jobs. Afterward, Brookes decided to stop supporting the airline with his own money and let it go under.