Pokemon has been a multi-billion-dollar global phenomenon for almost 20 years now, the recently released Pokemon Go has taken the world by storm, and a brand-new set of Nintendo 3-DS games are slated for this fall. With hundreds of virtual monsters to collect and trade, Pokemon draws its inspirations from every imaginable place, and while some are obvious, like the various dog, lizard, and butterfly Pokemon, others are stranger, more obscure, and sometimes quite surprising. 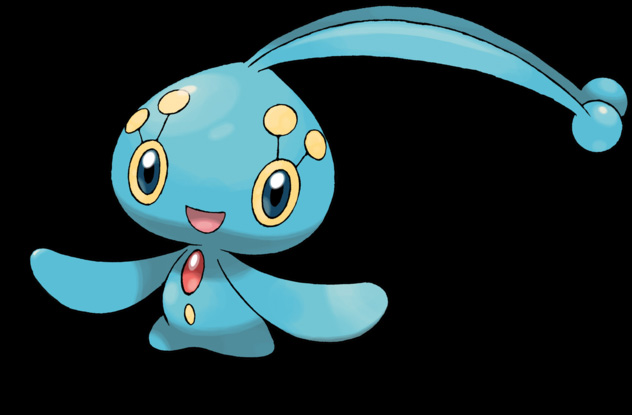 The legendary water Pokemon, Manaphy, has been the subject of its own movie and enjoyed popularity for its cute, angelic appearance, but the innocent looking creature draws its inspiration from a not-so-innocent animal, a type of swimming sea slug known as the clione or “sea angel.” Adapted to polar waters, winter ice floes bring swarms of these tiny creatures to Japanese shores once a year, and they’re popular enough to have had Hello Kitty merchandise, candy, mascots, and countless cartoon appearances.

For all their marketable cuteness however, clione hide a dark side. Strictly predatory on other swimming mollusks, their saclike heads house six retractable tentacles covered in tiny barbs which they use to pull snail prey from their shells. 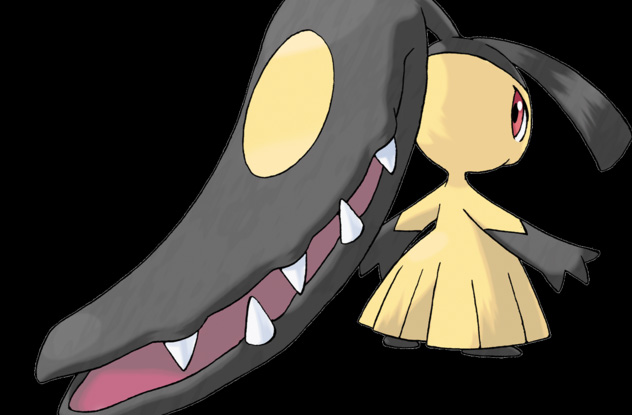 Mawile is a bizarre steel-type Pokemon that faces away from its enemies, fighting them off with a huge set of snapping jaws on the back of its head. Its Japanese name, “Kucheat,” offers the first clue as to its origin. Mawile is actually one of many Pokemon based on classic Japanese youkai, in this case the “futakuchi-onna” or “two mouthed woman.”

In mythology, this being is typically a normal human woman who develops a second mouth on the back of her head, usually because she has been starving herself for the sake of a cruel husband. The second mouth, acting on its own, not only gorges on food but is said to speak the woman’s true thoughts about her abusive spouse. 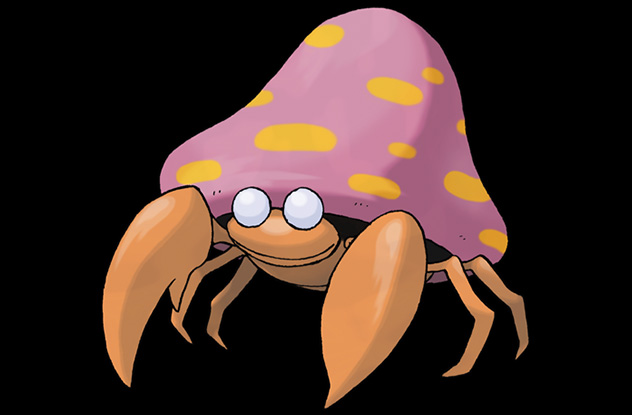 The Pokemon “Paras” is a cute, sap-sucking little insect modeled after the nymph stage of a cicada, living underground and feeding on tree roots like its basis, but on its back grows a pair of innocuous looking mushrooms. While a real cicada would eventually develop wings, Paras instead evolves into Parasect, a creature with glazed-over eyes and an even larger mushroom that is said to take over as its new brain.

Biology lovers and zombie fans alike have probably heard of the disturbing Cordyceps genus of parasitic fungi, which do indeed grow on the bodies of insects and can even manipulate their behavior. In the case of Paras and Parasect, this would be the species Cordyceps sobolifera, which grows on cicadas during the nymph stage and kills them before they emerge as winged adults. 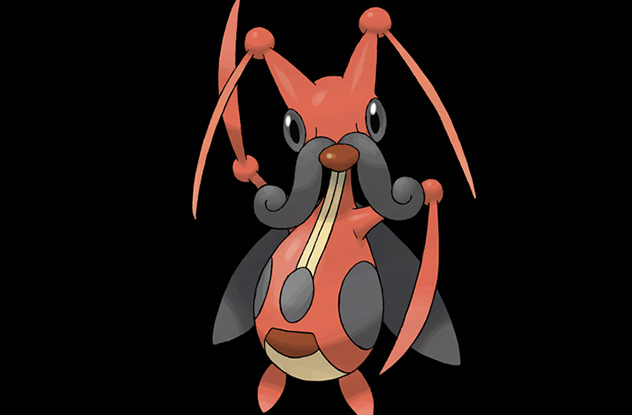 The bug Pokemon Kricketune is named after a cricket, and like crickets, it plays music on its body. Its design, however, is drawn from an entirely unrelated insect, the violin beetle or Mormolyce phyllodes.

The insect really looks like a walking violin and has appeared in other Japanese media including Kamen Rider and Animal Crossing. The real thing can’t make any kind of sound, but its Pokemon doppelganger takes advantage of the instrument-like shape, turning a beetle into the Pokemon world’s version of a cricket. Unlike Kricketune, Mormolyce are hunters who use their long, thin necks to pursue insect prey under tree bark, and when threatened, they exude a paralyzing toxin from their backs. 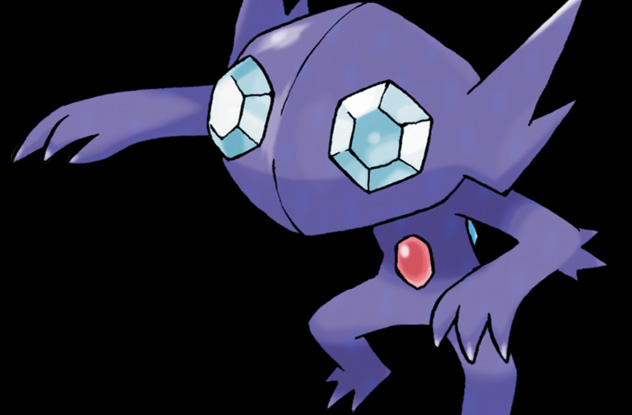 Sableye is one of the stranger and creepier Pokemon out there, both a “dark” and “ghost” type that lives deep underground, eats rocks, and has crystals for eyes. It looks more like a space alien than anything else, and that’s exactly what its design alludes to.

On August 21, 1955, in the town of Kelly, Kentucky, two families claimed to have spent a night under attack by mysterious “goblins” with large, round heads, pointed bat-like ears, small tapering bodies, three-clawed hands, and huge circular brightly shining eyes. These were assumed by the media to be alien visitors from another planet, and the sensational story spread around the world, becoming popular enough with Japanese UFO fans that the “goblins” are still merchandised as toys 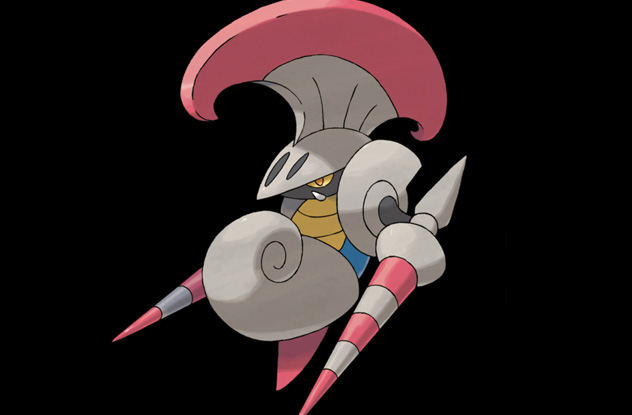 Escavalier is a “bug” and “steel” Pokemon with an interestingly convoluted in-game life cycle. It begins its existence as a small beetle, Karrablast, until the player trades it for another player’s Shelmet, a snail Pokemon. When the two are exchanged, Shelmet loses its shell and becomes the Pokemon Accelgor, while Karrablast steals the shell for itself and becomes the armored Escavalier.

It’s a strange setup, but it does draw from nature. Many species of predatory Carabid beetle are specialized snail-hunters, with fork-like jaws and thin, long heads for reaching into snail’s shells and pulling out their occupants. The real insect doesn’t steal the shell and use it for itself, but amazingly, a different group of beetles were revealed to do exactly that in a more recently published study. As larvae, these beetles attack snails, bore into their shells and hollow them out, then use the shell as a safe place to molt, eventually using one to pupate into an adult beetle. 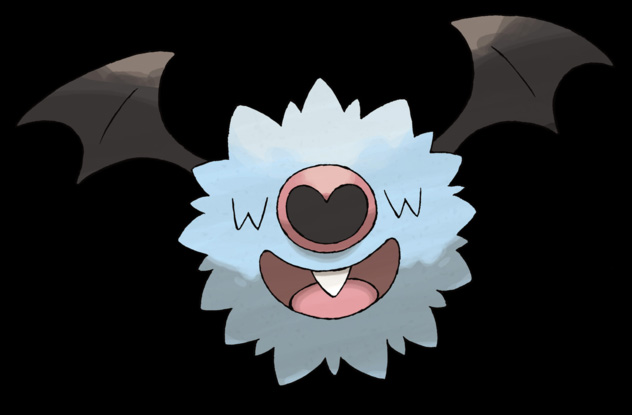 This flying/psychic Pokemon resembles a perfectly round, fluffy white bat said to be extremely loving and affectionate, leaving heart-shaped marks with its nose and requiring a high “friendship” stat to evolve into the larger, stronger Swoobat. In our own world, there really is a white, pom-pom like bat with an intimate social life, Ectophylla alba.

These tiny animals live in small close-knit groups, sometimes as only a single mated pair with a handful of offspring. Interestingly, a rare “shiny” version of Woobat has green instead of white fur, and this too occurs in the real animal. The bats roost on the underside of leaves, and as sunlight filters through the leaf, it appears to cast their white fur in green, making them more difficult for predators to spot. 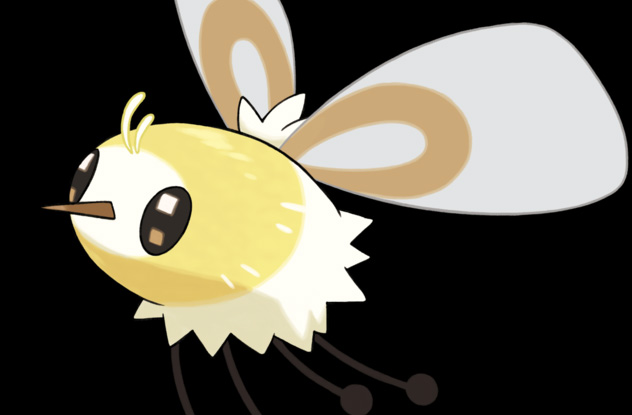 Cutiefly is a brand-new Pokemon only recently revealed for the upcoming Pokemon: Sun and Moon games, scheduled to release in November 2016. The tiny bug/fairy Pokemon feeds on flower nectar and looks like a cross between a bee and a hummingbird, but its design is lifted directly from a real insect related to such pesky creatures as houseflies and mosquitoes.

Bee flies, or Bombylids, are seemingly harmless pollinators in their adult stage, but the resemblance to a bumblebee comes with a dark twist, as these insects are deadly parasites of solitary, burrowing bees. After dropping an egg down the opening of the bee’s nest, the bee fly’s maggot will devour the host’s food reserves and finally the host’s own larvae, using the nest as its own with the parent bees none the wiser. It’s a process interestingly similar to the legends of fairies exchanging human infants for “changelings.” 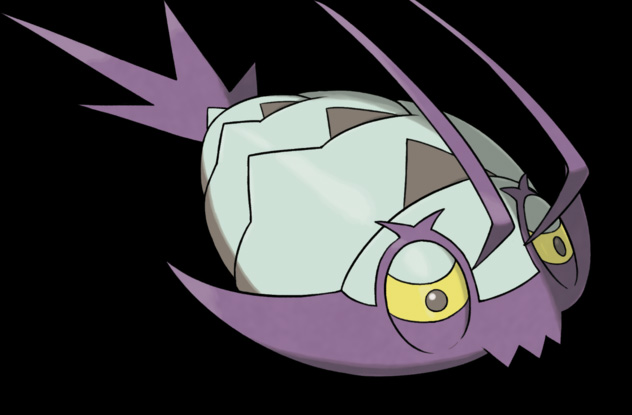 Wimpod is another new Sun and Moon Pokemon, a water/bug crustacean that feeds on garbage along the shoreline and is known for its cowardice, fleeing from battle as soon as it’s attacked. It somewhat resembles some sort of trilobite or horseshoe crab, but it most of all matches a group of isopod crustaceans of the Ligia genus, often called “sea slaters” or “wharf roaches.”

Just like the Pokemon, these crustaceans are fast-moving and extremely skittish, darting into rocky crevices and heaps of seaweed as soon as a shadow passes over them. When the literal coast is clear, the isopods emerge from hiding to feed on algae, dead fish and any other tasty, rotten detritus that may have washed ashore. 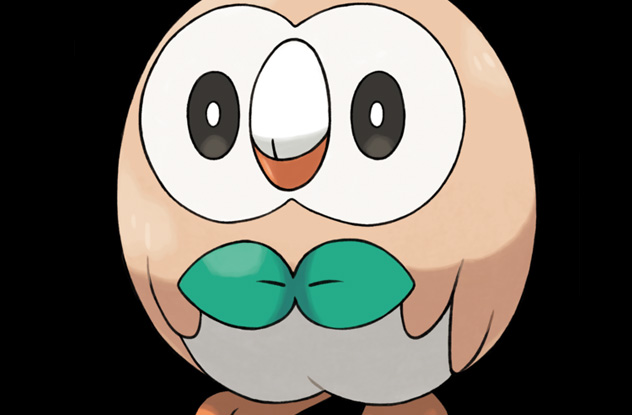 Our last new 2016 Pokemon, Rowlet is the grass-type starter (like Bulbasaur) players will be able to choose when they begin their game of Pokemon Sun and Moon. It resembles a small, round owl with a leafy bow tie. But not just any kind of owl; this new wave of Pokemon games take place in a version of the Hawaiian islands, and are packed with references to Hawaiian culture and wildlife. This makes Rowlett none other than a Pueo, Hawaii’s one and only native species of owl.

Unusually, these owls dig out nests on the ground and are one of the world’s only diurnal owls, active during the day rather than the night, both of which explain why the Pokemon version is also a chlorophyllic plant.

Jonathan Wojcik also writes on his own website, bogleech.com.