The relationship between human beings and our natural world has always been a complex one. Although Americans’ frontier ancestors cultivated in us a man vs. nature mentality, the modern world requires a subtler approach. The effects we have on our environment—and it on us—are not always so clear-cut. 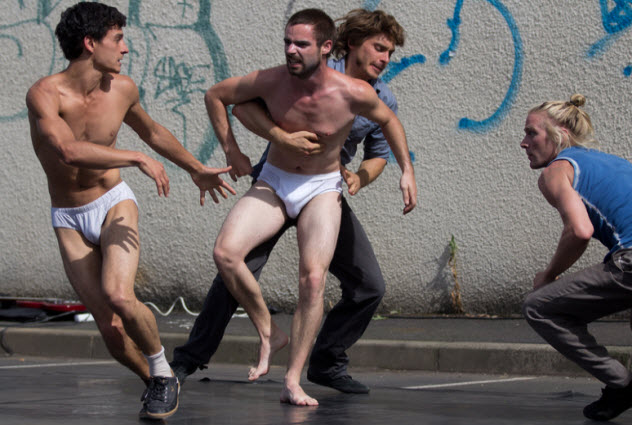 Many research studies over several decades have consistently suggested that rates of violent crime are always higher nearer the equator in warmer climates. But none of them have been able to determine why.

So far, there are two leading guesses. First, hot weather makes people uncomfortable and irritated and, therefore, more violent. Second, people go outside and interact more in warmer weather, so there are more opportunities for violent conflict.

But researchers at Vrije Universiteit Amsterdam, using the CLASH (CLimate Aggression and Self-control in Humans) model, believe that it is not so much the heat that affects behavior but the minor variation in temperature in these areas.

Without the need to plan for coming seasons, people can focus on the present with less regard for the future. This “fast life strategy” can manifest itself with lax attitudes toward time and, oddly, birth control. It may also lead to less self-control and, thus, more acts of violence. 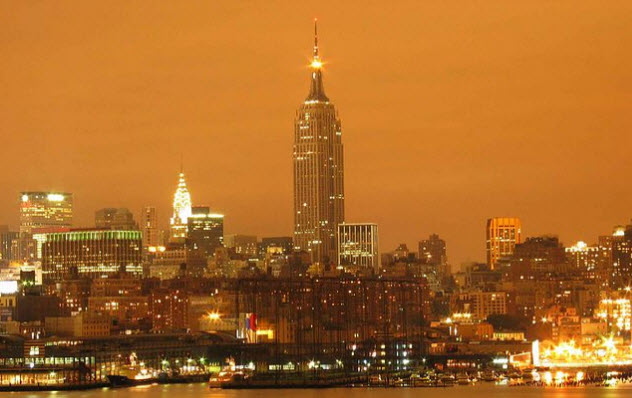 Light pollution caused by artificial lighting may actually be disruptive to natural ecosystems. Over time, bright lights in urban areas may have succeeded in slowly tricking surrounding trees and plants into thinking spring is arriving earlier than it once did.

In a 12-year study of four different tree species, UK scientists found that those closer to urban areas—and, therefore, exposed to nighttime light pollution—can begin budding more than seven days earlier than their nonurban counterparts. Even when accounting for other potential factors such as fluctuations in air temperature, light was singled out as a contributing factor.

Of course, this could have a natural ripple effect on the surrounding ecosystem, with budding and pollination cycles out of whack, fruit and leaves dropping earlier, and, presumably, mass confusion among populations of birds and bees.

8 Cigarette Butts Are A Serious Threat To Marine Life 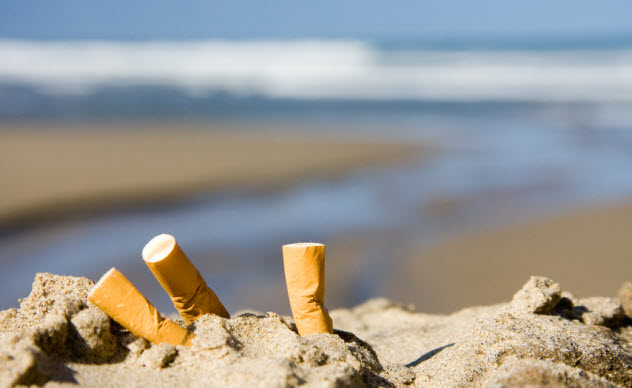 Of the billions of cigarette butts produced every year, only a fraction are disposed of properly and an insane number of those that are not end up in the ocean. In fact, cigarette butts are the most common type of trash in the world’s oceans.

These butts are composed of thousands of tiny plastic particles woven into fiber that breaks up in the ocean environment. One study has shown that the hazardous materials contained in a single butt can sufficiently contaminate 1 liter (0.26 gal) of water so as to kill any fish swimming in it.

Although some enterprising companies are working to implement widespread butt recycling into perfectly safe plastic products, the understandable stigma around carcinogens has so far prevented such efforts from gaining much steam. 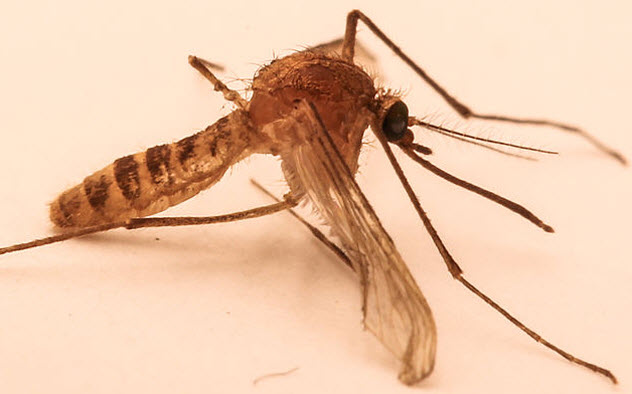 Hunting, encroachment on natural habitats by humans, and other environmental changes have all contributed to drive thousands of species to extinction over the centuries. But some human behaviors can produce new species that would not have existed otherwise.

A type of underground mosquito native to London—with DNA and breeding habits distinct from normal mosquitoes—was derived from insects that fled to the man-made underground tunnels during the bombings of World War II. No longer able to breed with other mosquitoes, they constitute a separate species created circumstantially by humans.

This is an example of relocation, one of the several means by which this phenomenon can assert itself across wide varieties of species. Especially troubling is hunting, through which “unnatural selection” or the elimination by hunters of animals with desirable traits can run completely counter to evolution. 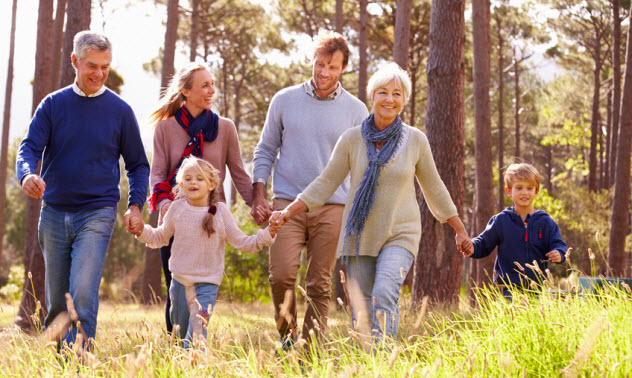 In 2013, a University of Essex study found that clinical depression scores dropped markedly in 71 percent of participants after taking short nature walks. Amusingly, these results were contrasted against a control group whose participants were tested after taking their walks in a shopping center. This only reduced depression scores by 45 percent, while 22 percent actually felt more depressed.

In addition, a 2016 study at the University of Southern California observed a drop in aggressive behavior in teenagers with even short-term exposure (up to six months) to green space within 1,000 meters (3,300 ft) of their neighborhoods. This occurred regardless of age, income level, race, or level of education.

“Good” and “bad” neighborhoods saw a similar effect. Somehow, the study’s authors arrived at the rather specific conclusion that increasing greenery in urban areas could result in a 12 percent decrease in violent, aggressive behavior among California teens. 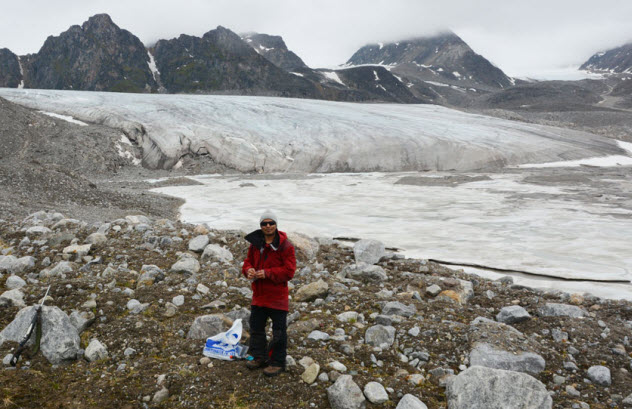 Glacial melt and the gradual disappearance of long-standing ice shelves caused by global climate change has produced an auxiliary effect. In many places where the ice is receding, green is appearing in its place.

Absent in only a few notable areas of significant melt, the decades-long trend was pointed out by NASA via satellite imagery. Scientists at Oak Ridge National Laboratory ran these observations through a series of simulated “climate model runs” to determine whether certain events or long-term changes, such as greening, were more statistically likely to take place in models that include greenhouse gases.

Sure enough, the models with greenhouse gases ended up looking a lot like NASA’s satellite imagery. Aside from receding ice and warmer temperatures, it is also highly likely that increased amounts of nitrogen in the atmosphere—which plants love—is another contributing factor. 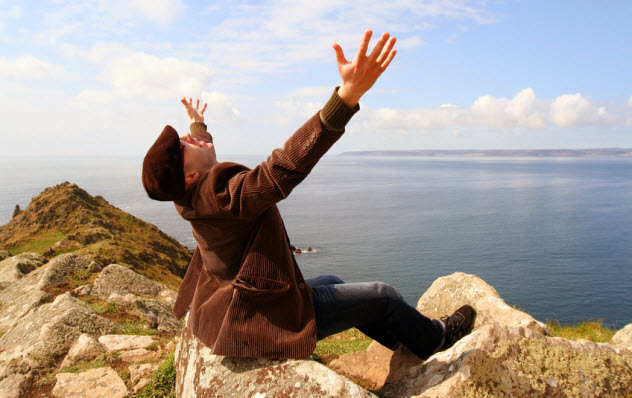 In happier news, University of Glasgow researchers performed an observational study which bolsters the case that exposure to nature is beneficial to people. Excluding lung cancer, circulatory disease, and intentional self-harm, they set out to examine the entire working population of England to determine whether income-based health inequality—the inability to afford health care and the associated rise in health problems—is less marked in populations living near green areas.

Controlling for other factors, the difference was indeed significant. With no other relevant underlying causes, higher levels of health and lower levels of mortality were found across the board in lower-income populations living near green areas. 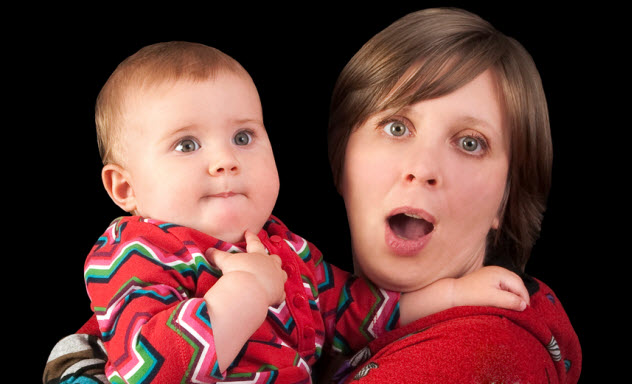 A 2014 Ben-Gurion University study observed that mothers in greener living spaces tended to give birth to babies with a much higher average birth weight. The study also found a much lower risk for low birth weight, which can lead to an array of potentially lifelong health issues. The lowest birth weights were found to have occurred in economically deprived areas with the least greenery, which was loosely defined as parks, gardens, or even cemeteries.

2 Roads Can Have A Positive Impact On Nature 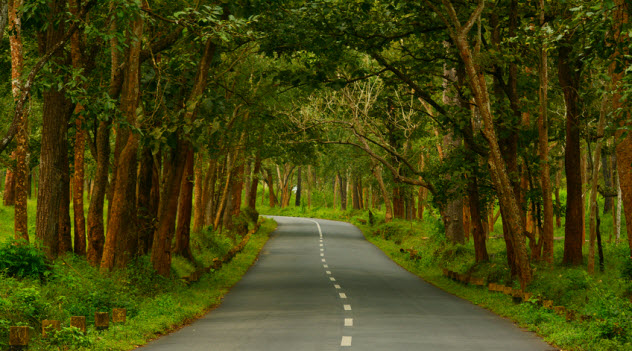 Although vital to any society’s infrastructure, the ongoing construction of roads in underdeveloped areas has long gotten a bad rap among environmentalists. While road construction can certainly be damaging to local ecosystems, it really is all about location. A 2013 analysis by University of Cambridge professor Andrew Balmford suggested that road construction or the improvement of existing roads in some areas can actually be beneficial to the surrounding areas.

Particularly in underdeveloped areas suitable for farming, roads have the distinct effect of drawing inhabitants and migrants away from wilderness areas. This helps to preserve vulnerable plant and animal species while ushering humans more efficiently in and out of the central area. Notably, this effect is most pronounced when the roads are constructed for the purpose for which they are used and not so much, for example, if a network of farms is being served by old mining roads.

1 Some Animals Adapt To Human Presence 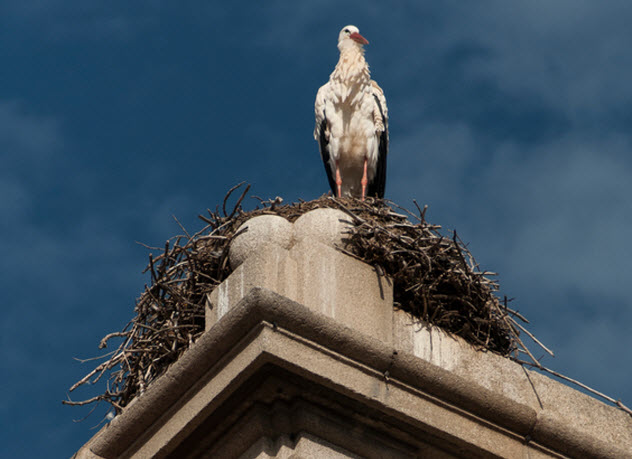 During the Industrial Revolution and the resultant human population explosion, there was an effect on diversity of animal species. Hunting and fishing notwithstanding, changes to habitats and migration patterns have had a detrimental effect on many species but not on all. Some have adapted to thrive in the presence of humans, and studying how they’ve done so may be a key to mitigating the effects of future population expansion.

Squirrels and crows, for example, have adopted brand-new feeding and food storage patterns specifically tailored to city life. A Dutch study of this phenomenon found that no fewer than 18 endangered bird species were nesting throughout these urban areas in business parks, leading to the idea that their design could be optimized to attract such species.

Business parks feature wide, flat rooftops, are generally isolated from dense urban areas and are quiet at night, making them an ideal habitat for such adaptive city-dwelling animals and an ideal laboratory to study how such behaviors develop. Of course, the additional green spaces have the effect of improving the moods of office workers as well. So at least in this case, everyone wins.