Another week has gone by, which means that it is time, once again, to do a quick review of the most notable stories that occurred over the last several days. Here, you can check out some recent serious stuff while we focus on tales that come out of left field.

10 Book A Bash At The Beer Hotel 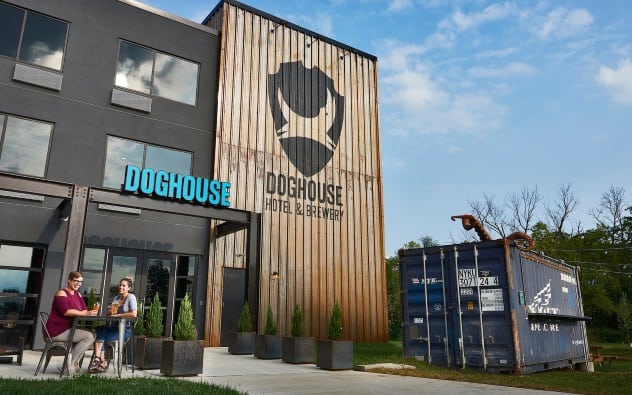 Scottish brewer BrewDog has opened the world’s first beer hotel in Columbus, Ohio, called the DogHouse. It is located right next to the company’s new sour beer facility, OverWorks, and promises to offer guests the experience of spending the night inside a brewery.

Inside the lobby, customers go to a bar rather than a reception desk. The person who handles check-ins also doubles as a bartender, there to serve all new arrivals a complimentary welcome beer. Guests have 32 bedrooms to choose from, including eight suites. All rooms have beer taps and minibars, and there is also a beer fridge and hop-infused toiletries in the shower.[1] When they’re not busy drinking beer, visitors also have access to a fitness center, media room, coffee bar, and a museum on the history of craft beer.

The hotel was funded, partly, through crowdsourcing. BrewDog raised over $300,000 in donations, which far surpassed their goal of $75,000. Due to demand, the company announced plans to open a second hotel in Aberdeenshire in 2019.

9 Is Baby Poo Good For You? 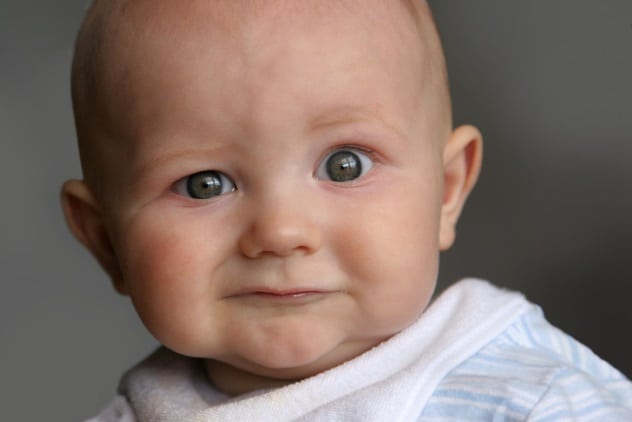 The research will truly test the limits of how far everyone is willing to go in the name of good health. It indicates that baby feces contain probiotics, usually referred to as “good” bacteria, which can improve gut flora and even help with weight loss.

To test the concept, scientists used mice, which were given a probiotic “cocktail” made using samples from the dirty diapers of 34 infants.[2] The experiment boosted the animals’ short-chain fatty acids, which made them more resistant to illnesses that attack the immune system.

At the moment, the jury is still out regarding the extent of the benefits provided by probiotics. Therefore, it might be a while before the baby poo cocktail is ready for human trials.

8 While My Air Guitar Gently Weeps 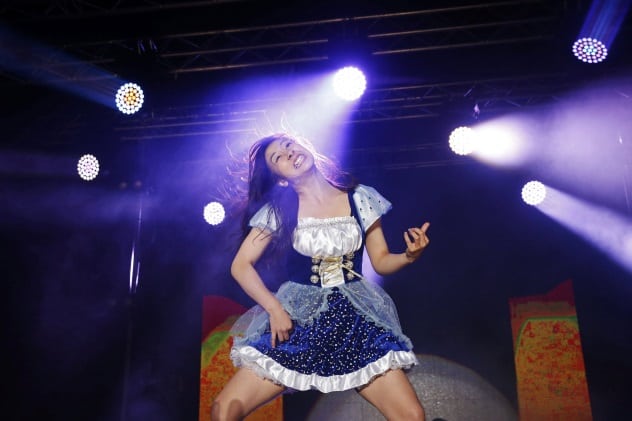 For the uninitiated, air guitar is more of a dance where the performer “plays” an imaginary instrument with often exaggerated motions accompanied by lip-synching. According to the judges, competitors in the championships were scored on three criteria: choreography, accuracy, and “airness.”[3]

Fifteen people from Europe, North America, and Japan competed in the finals. Each were given one minute to play alongside a song of their choosing, plus another minute where they had to improvise on a secret, common song chosen by the organizer. In this case, it was “Hopeless Case of a Kid in Denial” by Swedish garage rock band The Hellacopters.

Nagura previously won the competition in 2014. This year, she had a Cinderella-inspired performance which alternated between classic guitar music and heavy metal riffs. Besides the title, she also won an automatic entry into next year’s world finals and a Flying Finn handcrafted electric (real) guitar. The Top Three were rounded out by Matt “The Airistotle” Burns from the US and Dana Schiemann, aka “Dana-Saurus Rex,” from Canada. 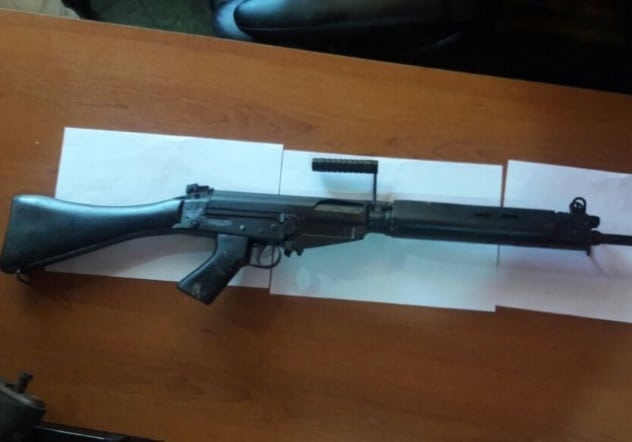 An inspection revealed that dozens of FN FAL battle rifles destined for the Paraguayan police armory had been stolen and replaced with toy guns.

The country’s military first became aware of the issue when the weapons started showing up on the black market a year ago, fetching prices of up to $10,000. Others are believed to have been smuggled into Brazil and Argentina.

Investigators discovered that all the rifles should have been in the police armory of the city of Capiata. They were regularly put in storage, as they were being replaced with newer models. An examination revealed that 42 guns had been swapped with replicas made out of wood and plastic.[4] No arrests related to the theft have been made so far.

This month, the residents of Toronto will be able to visit the first sex doll brothel in North America. The business, owned by Aura Dolls, is slated to open its doors on September 8 at a shopping mall in the city.

The brothel will feature six dolls with “ages” between 21 and 24 years old. They will vary in traits such as ethnicity, figure, hair, and eye color and will have names and backgrounds which intend to impart some kind of personality to them.

The stated goal of Aura Dolls is to allow its patrons to achieve their needs without the “many restrictions and limitations that a real partner may come with.”[5] The company promises that customers will be able to use the service without interacting with another human. They will place their money on the counter and head straight for one of the rooms. Afterward, they will leave through a separate exit locked with a buzzer system. The prices will range from $80 for a 30-minute session with one doll to $960 for four hours with two dolls.

Supporters of the practice argue that such establishments could change the stigma behind sex work and lead to better rights and improved safety for sex workers. Critics suggest that such places help dehumanize women.

5 The Scallop Wars Heat Up 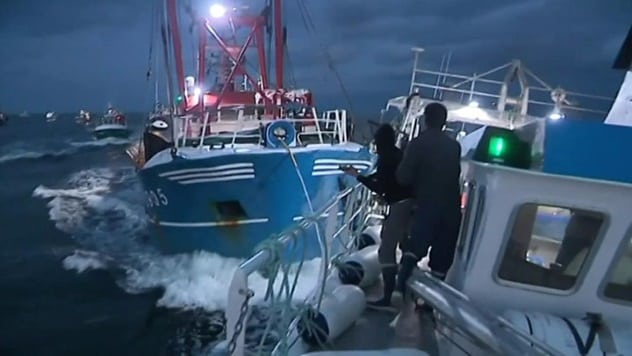 The French and the English are clashing at sea again, but this time, it is over scallops. Around 40 French vessels chased away five British boats trying to fish in the Bay of Seine off the coast of Normandy. The “vicious” battle entailed a few collisions and some rock-throwing, which resulted in some broken windows but no injuries.[6]

French fishermen are accusing the Brits of depleting the scallop stocks, which are a primary resource for Normandy. The former are only allowed to catch scallops during the fishing season between October and May. The latter, however, are free to fish year-round.

Tensions in the so-called “scallop wars” have risen steadily for over a decade. A dispute first flared up five years ago, but the two countries brokered agreements which saw British piscators receive more fishing rights in exchange for keeping larger ships out of the bay.

While both governments are requesting an amicable resolution to the problem, they’re also pointing the finger at each other. Multiple British spokespeople stressed that their fishermen weren’t doing anything illegal and are calling on the French to police the area appropriately. Meanwhile, the head of Normandy’s fishing committee, Dimitri Rogoff, decried the British for being unwilling to negotiate over the last few years, perhaps due to Brexit.

The Other Side of the Wind | Official Trailer [HD] | Netflix

Orson Welles is set to premiere his latest film at the 75th Venice International Film Festival in spite of the obvious handicap of being dead for over three decades.

The movie is titled The Other Side of the Wind and stars John Huston, Peter Bogdanovich and Oja Kodar.[7] Obviously, Welles worked on the film when he was still alive. In fact, he shot scenes for it between 1970 and 1977. Like many other Hollywood films, The Other Side of the Wind was plagued by various problems which kept delaying production, and Welles never completed it.

Eventually, his longtime production manager Frank Marshall got his hands on the footage reels and enlisted the help of filmmaker Filip Jan Rymsza to assemble them into a completed movie using Welles’s own notes and script. After its premiere at the film festival, The Other Side of the Wind will be making its way to Netflix.

3 The Mask Of Pacal 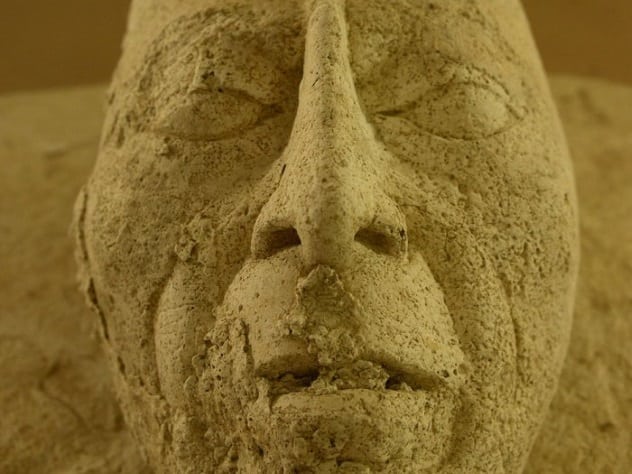 Mexican archaeologists have recovered an ancient mask from Palenque Palace, which they believe depicts the greatest Maya leader in history, K’inich Janaab’ Pakal, better known as Pacal the Great.

The discovery was made while researchers were tracing water channels, trying to figure out how the Maya drained water from the palace complex. The water ended up in a building designated House E, which had the remains of a pond with benches next to it. Inside, archaeologists found a “vast offering,” typically made when construction is finished on a new building. It contained many items of high value, such as pearls, jadeite, cinnabar, obsidian, ceramic figures, and alabaster fragments.[8] Among the offerings was a life-size stucco mask.

Mexico’s National Institute of Anthropology and History announced the discovery in early August. Since then, experts have been trying to figure out who is depicted on the mask. Now, archaeologist Arnoldo Gonzalez is certain that the visage is that of Pacal the Great.

Moreover, the heavy lines on the face could suggest old age, thus making the mask the first (and only) artifact to depict the Maya king in his dotage. Pacal ruled for 68 years, having the longest reign in the history of the Americas. He died in 683, aged 80. 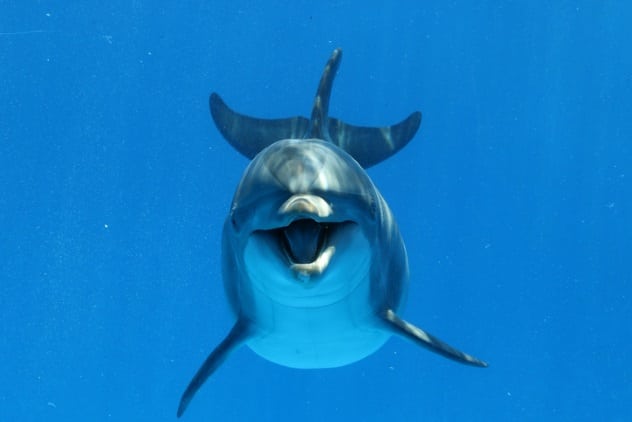 The French seaside town of Landevennec enacted a temporary ban on swimming and diving last week due to the presence of a dolphin that was getting a little too “friendly” with people in the water.

The dolphin, called Zafar, was overly playful and rubbed against people and boats. At first, people were entertained by the jovial nature of the aquatic mammal, but concerns were raised that encouraging this behavior could eventually lead to serious injury or even death. Zafar tried to block several swimmers from going to the shore, and one woman needed a boat to come rescue her. On another occasion, the dolphin used his nose to lift a bather out of the water.

Researcher Elizabeth Hawkins says that dolphins and certain whale species rub against things to gain sexual satisfaction.[9] She sees Zafar as a “social solitary dolphin” who has a yearning for contact. Another expert believes Zafar is in heat and will continue to rub against people while in this state.

In response, Mayor Roger Lars banned swimming and diving when Zafar is around. People are also required to stay at a minimum distance of 50 meters (164 ft) from the dolphin at all times. As of Monday, the ban was lifted, as Zafar appears to have left the area.

1 A Sports Car Made Of LEGO Pieces

The Italian Grand Prix takes places at Monza this Sunday. It will feature some of the fastest cars in the world, but, curiously, the most interesting vehicle there only does 29 kilometers per hour (18 mph). That’s because it is a Bugatti Chiron made of LEGO pieces.

Stand far back enough, and it looks just like the real thing, according to Bugatti development driver Andy Wallace. It’s the same size and shape and has the same two-tone paint job. It started as a passion project for LEGO’s creative team back in June 2017. Actual construction began this March. A million LEGO pieces and 13,500 hours later, and the car was finished. And it doesn’t just look the part; it is drivable.

The Bugatti was made using LEGO Technic pieces, which are from the company’s line of more advanced components that include rods, gears, and even motors. Even so, some pieces had to be custom-made, such as transparent blocks for the headlights. And other components, like the steel frame, had to be the real deal. Any kind of LEGO version would not have been able to support the 1,500-kilogram (3,300 lb) weight of the car.

The engine is all LEGO, though. In fact, it consists of 2,304 Power Function motors set up in a massive array, capable, theoretically, of 5.3 horsepower.[10] Other nifty tricks the Bugatti boasts include a working speedometer, doors that open and close, and a spoiler that lifts at the push of a button.