Partly due to a limited budget, partly due to the sheer vastness of space, amateur astronomers are increasingly being recognized for their important contribution to what we know and understand of the universe.

With home telescopes increasing in ability and decreasing in cost, more and more people are taking to watching the skies at night. Some of these amateur astronomers have made some truly historic and important discoveries over the years. Here are 10 of them. 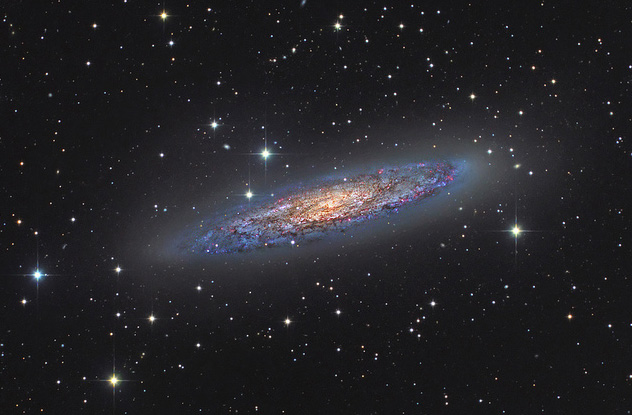 While photographing the NGC 253 galaxy from a field in Canberra, Australia, in 2013, Michael Sidonio noticed something in the shot that he had not seen before. And it turned out that nobody had ever seen it before, as it was discovered to be another galaxy—which, once verified, was named “NGC 253-dw2.”

The discovery of this particular galaxy is an important one for scientists as it is a smaller galaxy that appears to be in the process of being destroyed by its larger neighbor. Studying this new galaxy should allow scientists to have visual proof that larger galaxies are indeed formed from their smaller counterparts.

The image itself was a finalist in the Royal Observatory Greenwich’s 2013 astronomy photograph of the year award. 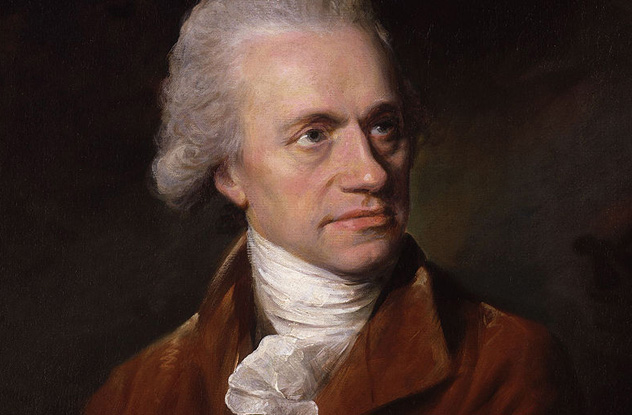 Though William Hershel is a well-known and respected astronomer now, when he made his discovery of Uranus in 1781, he was but an amateur in the field. In fact, he was making a living as a music director with Bath orchestra in the United Kingdom.

Herschel was studying the night sky in search of double stars when he came upon what he thought was a comet due to its “fuzzy disk” shape. He observed the same object over several nights, noticing that the object was moving too slow to be a comet. In fact, Herschel calculated that given its brightness, the object was moving so slow that it had to be positioned beyond Saturn. If it was indeed beyond Saturn and he could still see it, he suddenly realized he had discovered (at the time) the farthest known planet in the solar system. It was also the first planet to be discovered that wasn’t visible to the naked eye. 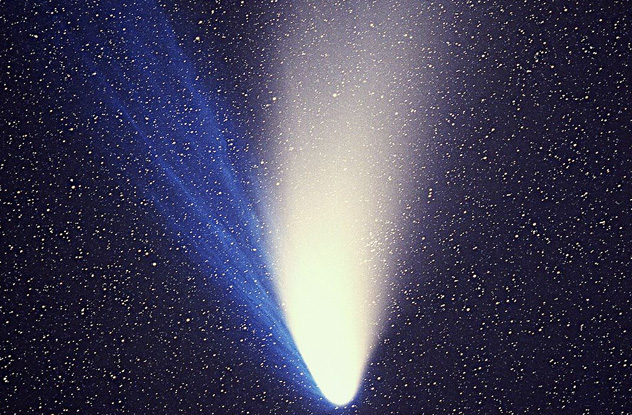 Although Alan Hale had a Ph.D. In astronomy, he was still regarded as an amateur. Thomas Bopp, however, was a true amateur astronomer in the summer of 1995, when he worked as a manager of a construction site. On July 23, the men’s lives became intertwined as both discovered what would become known as the Hale-Bopp comet—completely independently of the other but at the same time.

Both men had been observing the M70 cluster. Each noticed something that had not been there previously. Both realized within hours that it was a comet due to the speed with which it was moving, and both submitted their sightings to the International Astronomical Union’s Central Bureau for Astronomical Telegrams.

The comet’s closest approach to Earth was in 1997, and it is not due back here for another several thousand years. 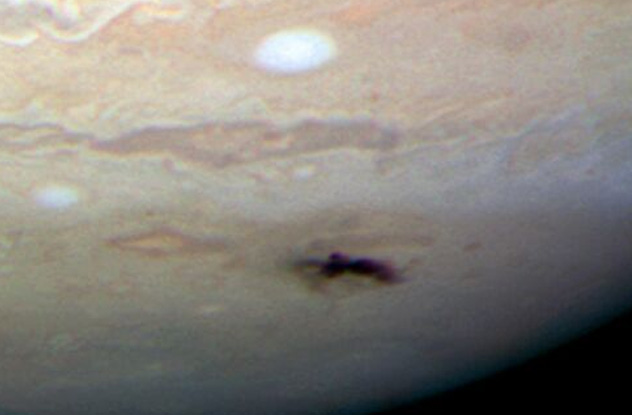 Using a telescope in his own back yard in Canberra, Australia, amateur astronomer Anthony Wesley spotted a hole approximately the size of the Earth in the atmosphere of Jupiter. The cause of this was thought to have been a comet or an asteroid crashing into the gas giant. Wesley contacted NASA with photographs of the “scar” on Jupiter, and their high-tech infrared telescope confirmed his discovery.

Wesley stated that he had almost packed up his equipment for the night before making the discovery. He instead decided just to take a break, and when he returned to his telescope, he noticed the anomaly. Interestingly, the discovery coincided with the 15th anniversary of another recorded comet impact on the planet.

642 Planets Discovered By Amateurs, Including Fifteen That Could Support Life
2012 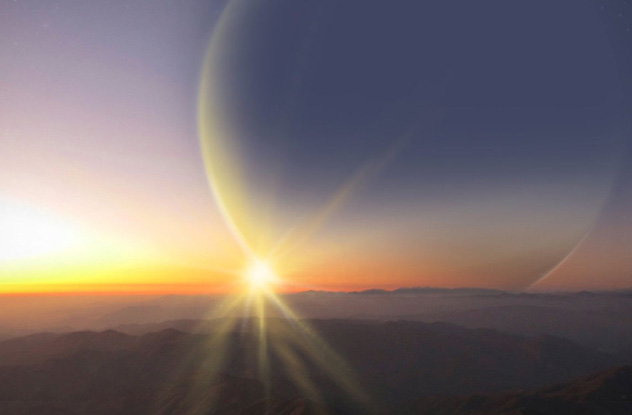 In late 2012, a team of amateur astronomers, named Planet Hunters, made the discovery of no fewer than 42 planets previously not known to exist. Among these new discoveries, 15 were located in the goldilocks zone–they were the ideal distance from the star they orbit to support life. One particular planet in this magic zone, PH2 b, is approximately the size of Jupiter, and although it is likely to be too large to support life itself, there is speculation that some of its moons may be ideally suited.

Planet Hunters are very well respected throughout the astronomy field, and have received much acclaim from the scientific community for their work. Only months before, two of its members had made an equally historic discovery, one that forced scientists to rethink a lot of what they thought they knew. 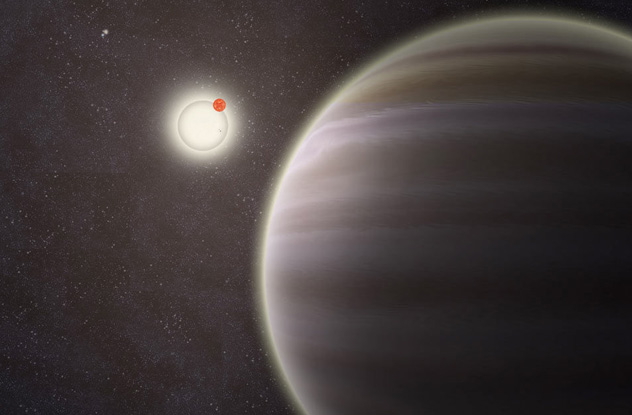 When two amateur astronomers made the discovery of a planet the size of Neptune that appeared to have two suns in 2012, which also resided in a quadruple star system, it was the first such discovery on record. Although the multiple star system wasn’t particularly unusual, its featuring a planet was.

Planet Hunter members Kian Jek and Robert Gagliano discovered the planet, named PH1, in October 2012. It orbit around two suns has drawn comparisons from the media with the fictional planet Tatooine from the Star Wars movies.

The discovery was supported and confirmed by NASA and other established organizations, with scientists stating that the discovery forces astronomers to “go back to the drawing board” in terms of how planets form and behave and in what environments. 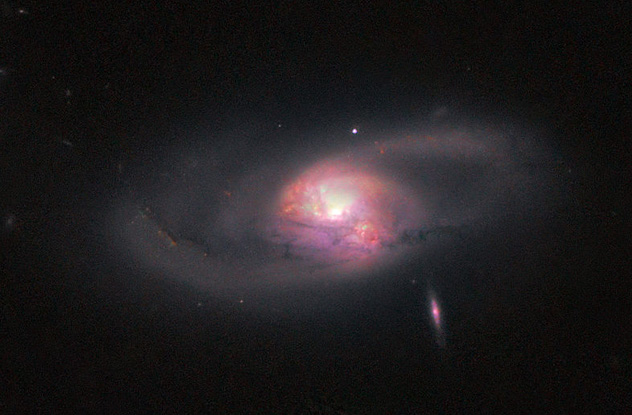 Schoolteacher Hanny van Arkel was viewing photographs of galaxies available on the Internet during the summer of 2007, when she made a discovery that made even those who work with the Hubble Space Telescope sit up and take notice.

She noticed a mass of bright gas that she described as “looking like an irregular galaxy” but with a huge hole in the middle of it. Astronomers and researchers labeled her discovery a “cosmic ghost” and were fascinated by the unique nature of it. A cosmic ghost is thought to be produced as a result of a huge black hole erupting. 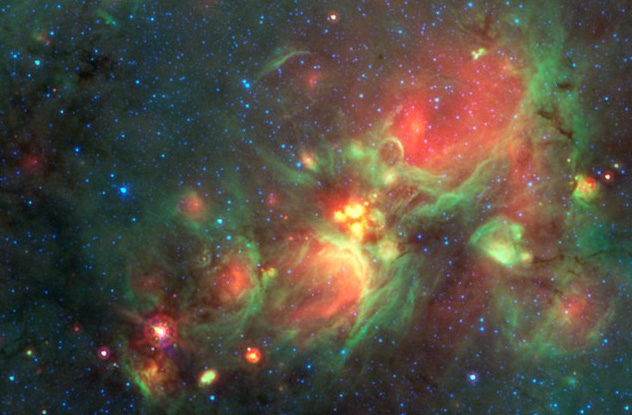 When amateur astronomers from the Zooniverse project studied images taken from NASA’s Spitzer telescope in 2015, they made the discovery of what appeared to be strange yellow balls in many of the images. They reported this to NASA, who after further study hailed their find as groundbreaking in space research.

The yellow balls appeared to be the very early stages of forming stars—something that NASA claimed was missing information before the amateur discovery. This breakthrough of information will allow scientists in the future be able to spot new stars as they begin to form as well as further understanding how planets themselves come together. Some scientists have even sited the huge importance of this discovery, calling it the “missing link” of astronomy. 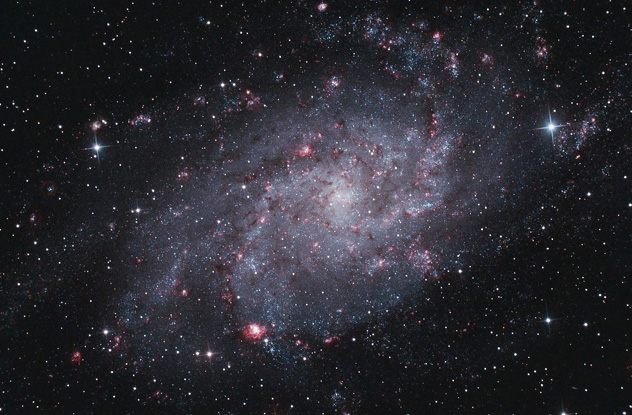 While using the Slooh online observatory on Christmas Day 2015, amateur astronomer Emmanuel Conseil discovered a new star, referred to in the media coverage that followed as a Christmas star.

A new star (or nova) is made when a white dwarf star sucks hydrogen from a nearby star, which eventually will cause a nuclear explosion that scatters matter out into space. Conseil stated that the new star was not present the day before on Christmas Eve, which indicated that this explosion happened at some point on Christmas Day, literally giving birth to a brand new star.

The Slooh online observatory has its telescoped positioned from the Canary Islands, and Conseil had used them before to make a similar previous discovery.

1Jupiter Impact Caught On Video As It Happened
2016

While it is known to scientists and established astronomers that Jupiter takes many hits from comets and asteroids, when two amateur astronomers managed to catch the event on video as it happened, it presented them with more data to be able to study these events.

One video was recorded from Ireland and the other recorded from Austria, and they were quickly uploaded to You Tube for all to see. Scientists again heaped praise on the two amateur astronomers for their find. Amateur assistance in monitoring the night skies is priceless in obtaining such knowledge about the universe.

Marcus Lowth is a writer at Me Time For The Mind. Check them out on Facebook.