When most of us were in school, we learned about the differences in gravity between planets in our solar system. We also learned about how enormous the Sun is and that the gas giants are prone to some seriously unusual storms. But over the course of the last few years, modern astronomy has evolved, revealing our solar system to be more peculiar than we ever imagined.

10 The Crazy Surface Of Mars 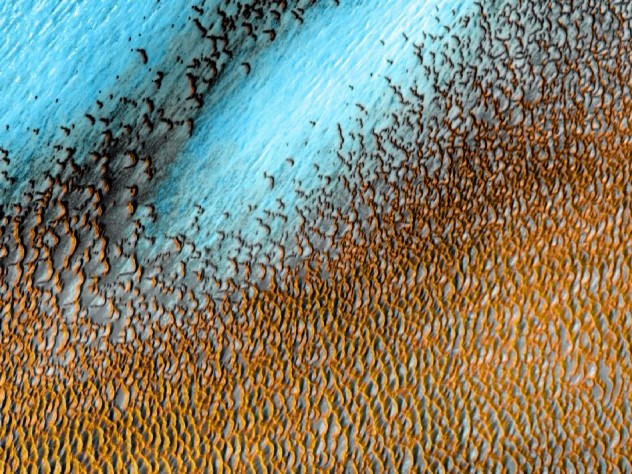 Mars is seriously misunderstood. Most of time—in the media—astronomers are discussing the possibility of Mars once being home to oceans of liquid water or ancient forms of bacteria. Most recently, it was revealed that the most primordial forms of earth microbes likely originated on Mars—before they were transferred to Earth via asteroid impacts.

Rarely do we see some of the mind-blowing images of the most bizarre surface features Mars has to offer, which is a shame, since most of these images would reinvigorate interest in Mars—a planet with an exciting past. Since the Mars Reconnaissance Orbiter began orbiting the Red Planet in 2006, its HiRISE camera has unveiled some of these incredible regions.

One of the most incredible of these depicts trails left by massive dust devils, the Martian equivalent of tornadoes. They carry away the outermost layer of iron oxide (the agent responsible for the reddish hue of the soil), revealing the dark grey color of the basalt located just underneath. 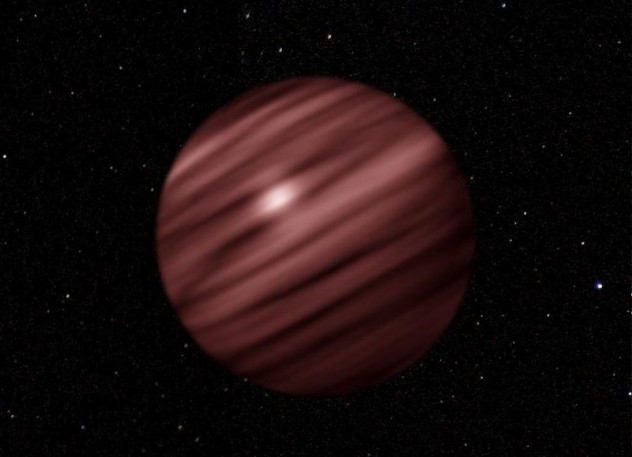 Astronomers have long seen a discrepancy in the orbits of the outermost gas giants, particularly since they seemingly contradict most of our models that depict the early years after our solar system’s formation. The idea is that, at one point, our solar system was home to a rather large planet—containing the mass of more than a dozen Earths.

The planet in question—sometimes called Tycho—was likely flung out of our solar system and into interstellar space billions of years ago, where it will roam the celestial ether until the end of time.

This theoretical planet would have been located billions of miles beyond Pluto in a region that receives little illumination from the Sun. Its orbit would also have been highly elliptical, taking millions of years to complete one full orbit around the Sun. Taken together, these factors could partially explain why such a planet has never been detected.

8 Diamond Rain On Neptune And Uranus 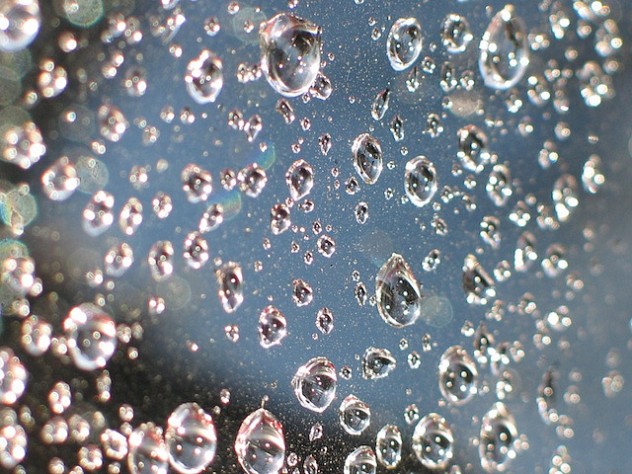 Other than the mystery surrounding their eccentric orbits, the planets also have magnetic poles that are misaligned by as much as 60 degrees from their geological poles. One explanation for this is that the planets once collided with—or consumed—an unknown planet, but another theory (one that is more logical) suggests something much cooler.

Based on the information about their strange inclinations and their large concentration of carbon, astronomers believe that Neptune and Uranus are home to enormous oceans of liquid carbon, with solid diamond icebergs floating on top. Tiny diamond bits could also fall on these planets like rain.

7 Earth Is Shrouded By A Halo Of Dark Matter 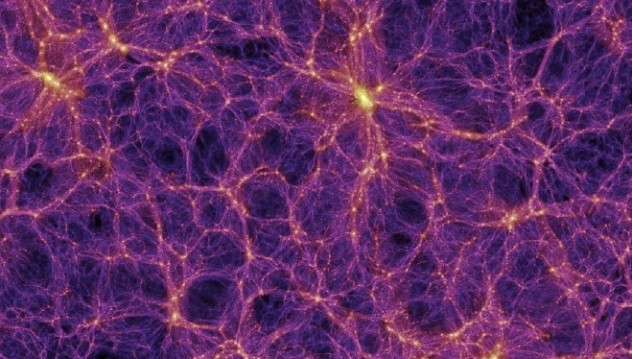 Dark matter is one of the most profound mysteries of modern cosmology. Astronomers know that we’re missing the key calculations needed to decipher its exact properties, but it’s known to make up a huge fraction of the overall mass of the universe.

Currently, we do know some of its behaviors. Particularly, dark matter acts as an anchor to keep galaxies and solar systems from flying apart. As such, dark matter also plays a role in the inner workings of our solar system, which is particularly noticeable when observing its effects on space-based technologies.

One keen observation, known as the flyby anomaly, notes that some of our spacecraft and satellites inexplicably change orbital speeds when traveling to or away from Earth. The theory for this discrepancy says that Earth itself is enshrouded by a huge halo of dark matter. If it were visible at optical wavelengths, it would appear similar in size to Jupiter!

6 On Titan, You Could Strap On Wings And Fly 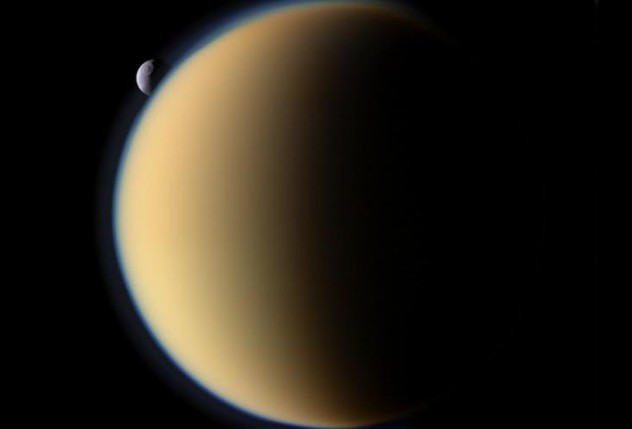 Titan, a moon of Saturn, is one of the most fascinating places in our solar system. Not only does it rain a gasoline-like substance, but the moon also has large concentrations of liquid methane and ethane, which can be seen on its surface.

But there’s one bit of information that should convince you to spend a day exploring Titan—thanks to a combination of low surface gravity and the low atmospheric pressure, if humans visited Titan equipped with an artificial set of wings, we would be able to take flight. Granted, you’d still die without the proper equipment, but what’s breathing compared to flying anyway?

5 Our Solar System Has A Tail 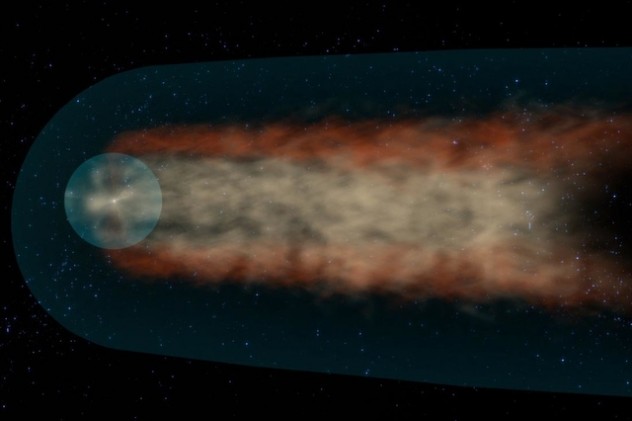 A month ago, NASA revealed that one of its missions had successfully mapped the tail of our solar system, discovering it looked similar to a four-leaf clover.

The tail, dubbed the heliotail, is comprised of neutral particles that can’t be seen through traditional means. As such, specialized instruments were needed to properly image the particles before scientists subsequently pieced the separate images together to produce a coherent picture.

This picture revealed that the heliotail extended more than 13 billion kilometers (8 billion miles) beyond the outermost planets, with fierce winds causing the material to stream in every direction—traveling at more than 1.6 million kph (1 million mph).

4 The Sun’s Magnetic Field Is About To Flip 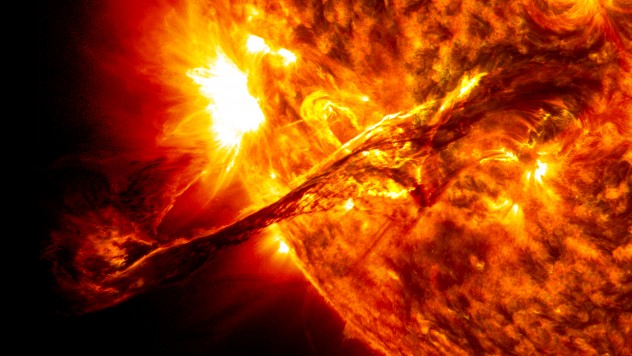 The Sun is actually pretty predictable. It goes through a continuous 11-year cycle, in which solar activity peaks before declining again, culminating in the Sun’s magnetic field flipping its polarity. According to NASA, all signs point to this event occurring very soon—perhaps in the next few months. The north pole has already begun its changes.

When this happens, don’t expect fiery doom to rain from the sky. The flip just signals the second half of solar maximum, when the Sun sees an increase in sunspot activity. 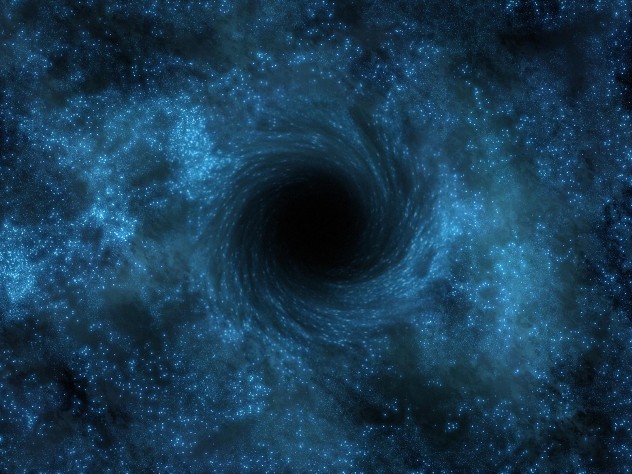 Black holes come in several varieties. First, there are stellar-mass black holes—the most common type—which form when massive stars collapse. This occurs when a star no longer has the necessary hydrogen for nuclear fusion, causing it to resort to burning helium. This causes the star to become unstable, resulting in one of two scenarios: contraction into a neutron star or collapse into a black hole.

Another type of black hole, called a micro black hole, might bombard Earth constantly. These tiny, atom-like singularities can theoretically be produced in particle accelerator collisions when proton beams are slammed together at near-light speed.

There’s need to worry though. In most cases, they evaporate immediately without doing any damage. Even if they didn’t, it would still take a significantly longer time than the universe’s current age for a micro black hole to consume a single atom of matter, let alone an object with as much mass as Earth.

2 The Sun Could Fit In Jupiter’s Magnetosphere 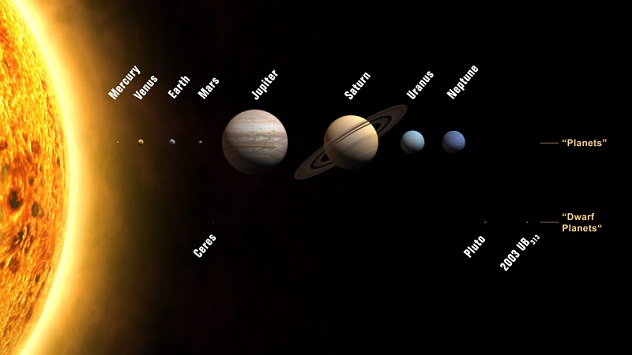 Jupiter is the king of our solar system—with enough room to accommodate approximately 1,400 Earths. The only thing larger than Jupiter is the Sun.

To make that a bit more accessible (if the above image somehow doesn’t impress you in terms of size comparison), if we could see the magnetosphere here on Earth, it would look bigger than the full moon in our sky. Furthermore, some parts of the magnetosphere have temperatures hotter than the surface of the Sun. 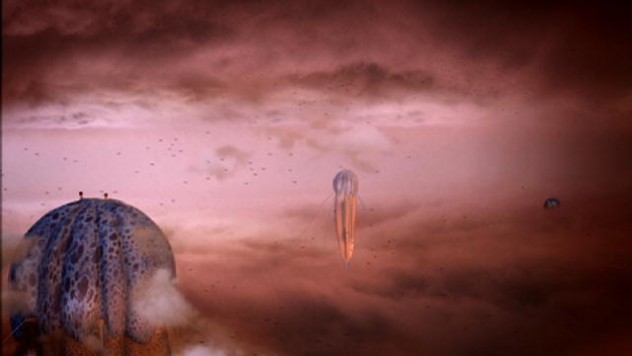 Once upon a time, our list of key components needed for life to form were much more stringent. These days, we know things aren’t that simple, especially upon the discovery of certain bacterium thriving in deep geothermal vents on the ocean floor, where the temperatures can exceed boiling.

Regardless, when you think of life, Jupiter likely isn’t the first place that comes to mind. It’s essentially a giant cloud of gas, right? There’s just no way life could develop—let alone thrive—there.

As it turns out, that could be wrong. An experiment done in the early ’50s—known as the Miller–Urey experiment—demonstrated that we can generate organic compounds, a prerequisite to life, with little more than lightning and the right chemical compounds. Considering this information and the fact that Jupiter already meets several requirements, such as having water (Jupiter may even have the largest ocean of water in our solar system), methane, molecular hydrogen, and ammonia, it’s possible the gas giant could foster life.

That said, Jupiter has the highest atmospheric pressure of any planet in our solar system. It also has strong winds that could hypothetically help circulate the appropriate compounds. All of this indicates that life would have a hard time getting the necessary foothold, but many have suggested that certain ammonia-based life forms could thrive in the cloud deck that makes up the upper atmosphere—the region in which the temperature and pressure would allow for a layer of liquid water to remain.

While it’s still outside of the realm of theoretical astrobiology, Carl Sagan was a huge proponent of this idea, not ruling out the possibility of extreme forms of life based on our limited knowledge. In his view, the life-forms living in Jupiter’s atmosphere would be diverse. There would be sinkers, floaters, hunters, and scavengers, each playing a necessary role in their own Jovian food chain.

Jaime devotes all of her time toward writing about the various wonders of the universe (on top of writing for a slew of science-based organizations). Those of you with the same keen sense of admiration should join her.