Ancient Sparta was located in a region known as Laconia in the southeastern part of the Peloponnese. Even today, the allure of that prominent Greek city-state still catches our interest and imagination. The simplicity of their way of life, their political stability, their strict education system, and the “production” of the finest Greek warriors were some of the reasons why ancient Sparta was admired by many other Greek cities. 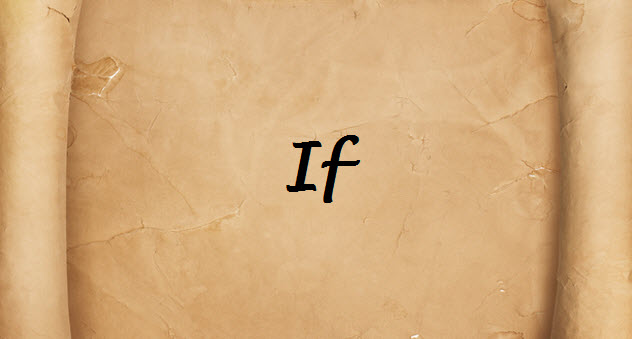 In addition to their reputation as fine warriors, the Spartans were also known for the brevity and directness of their speech.

Plutarch wrote that Spartans do not say much, but what they say grabs the listener’s attention and they go straight to business (“Life of Lycurgus”: 19). A lost Greek comedy (we know some fragments of it due to the latter quotations) had a line saying, “Smaller than a letter sent from Sparta.”

9 Suppression Of Corruption And Greed 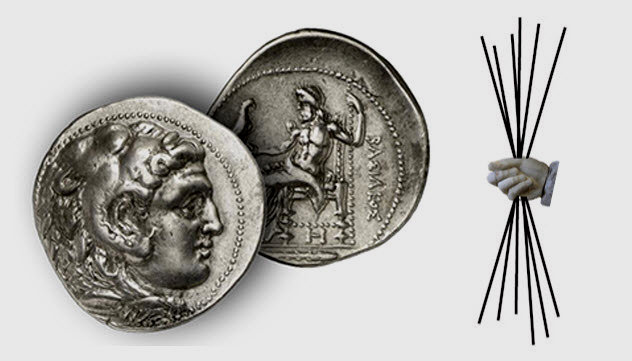 The pursuit of material wealth and mostly any other activity outside of a military career was discouraged by Spartan law. Iron was the only metal allowed for coinage; gold and silver were forbidden. According to Plutarch (“Life of Lycurgus”: 9), Spartans had their coins made of iron. Therefore, a small value required a great weight and volume of coins.

Transporting a significant amount of value in coins required the use of a team of oxen, and storing it needed a large room. This made bribery and stealing difficult in Sparta. Wealth was not easy to enjoy and almost impossible to hide. 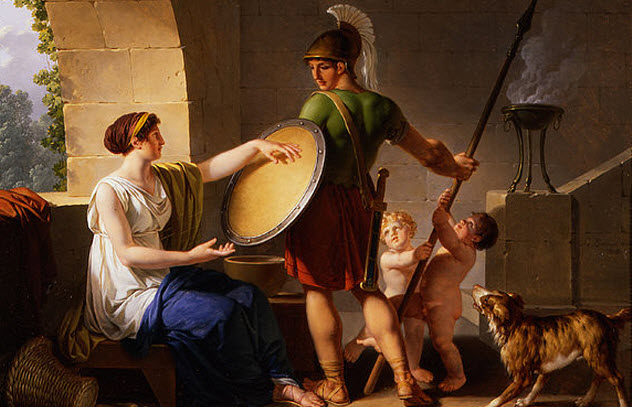 Spartan warriors had to be strong and fit. This was particularly important for young men who were still in the process of becoming fully developed warriors. Aelian (Miscellaneous History: 14.7) recorded that Spartan law required young men to stand naked in public so that their bodies could be inspected.

This was a routine check performed every 10 days, and they were expected to display a healthy and strong physique. Those who had flaccid limbs, excessive body fat, or both were beaten and censured. 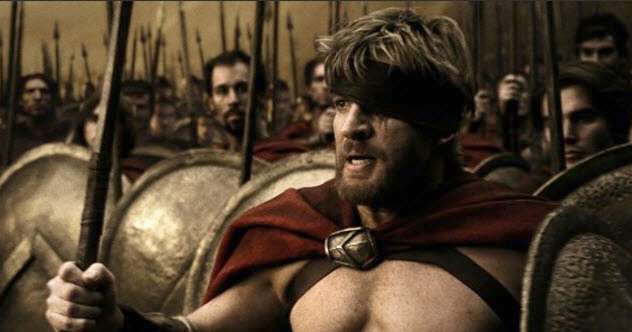 Xenophon (Constitution of Sparta: 9.4) provides a detailed list of the disastrous consequences that a Spartan soldier could face if he was perceived as a coward.

According to this list, everyone would be ashamed to share a meal with a coward and to wrestle with him in the gymnasium. He would never be picked when choosing teammates for ball games, he had to make way for others in the street, he had to give his seat to younger men, he would not be able to find a woman to marry, and he could be beaten in case he behaved in a manner that would lead others to believe that he was not a coward.

During the famous last stand against the Persians in Thermopylae, a Spartan soldier named Aristodemus was suffering from a disease in the eyes and was too ill to fight. After returning to Sparta, he was known as “the coward Aristodemus.” One year later, Aristodemus fought and died bravely in the Battle of Plataea and regained his honor.

Plutarch added another form of punishment for cowardice. He wrote that cowards had to “go around unkempt, wearing cloaks with patches of dyed cloth, and with one side of their beard shaved.” (“Life of Agesilaus”: 30). 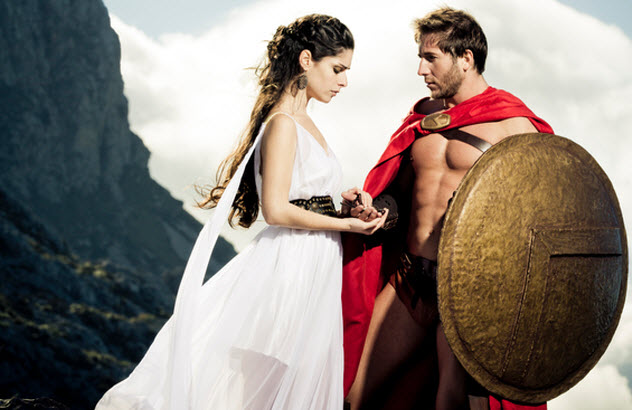 Although Spartan law permitted anyone over age 20 to get married, men had the obligation of living in military housing until age 30. As a result, young married couples were forced to live their marriage as a sort of illegal and secret affair. Many couples would even have children years before they lived under the same roof.

Even during their wedding night, a newly married Spartan couple had to conduct themselves as if they were doing something wrong. A Spartan bride was dressed like a man and left alone on a couch in a dark bedroom. Her husband had to sneak into the room in secret, making sure that nobody noticed his presence.

“This would go on for a long time, and some Spartans even became fathers before seeing their wives in the daylight.” (Plutarch, “Life of Lycurgus”: 15). 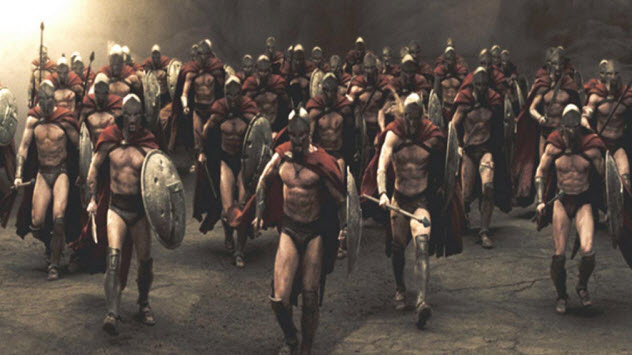 The Spartans had slaves, known as “helots,” who were occupied as farmers, as house servants, and in most activities that would distract the free Spartan citizens from their military duties. The helots were culturally Greek, reduced to servitude by the Spartans, and with new conquests, their number increased. During the late eighth century and after a long war, the Spartans annexed Messenia (southwest of the Peloponnese) and its inhabitants were reduced to slavery and turned into helots.

Plato (Critias, fragment 37) claimed that Spartans had special locks on their doors because they had little trust of the helots. It is also known that the Spartans had a secret police, the Krypteia, who were responsible for keeping the helots in check. According to Plutarch (“Life of Lycurgus”: 28), the Krypteia would kill any helot found in the countryside during the night, and they would kill any helot who looked strong and fit during the day. 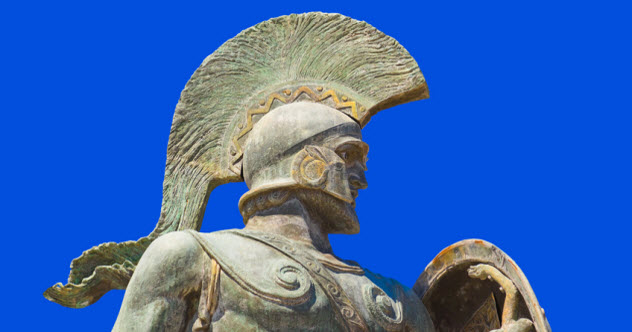 Sparta had two kings belonging to different royal dynasties. Although their power was limited, one of them would have the duty of commanding the army in time of war. Spartan kings were descendants of the god Heracles. At least, this is what the official genealogy of the Spartan kings claimed.

The existence of two ruling houses was in direct contradiction with the idea of a common ancestry, which led to an imaginative explanation: During the fifth generation after Heracles, twin sons, Agis and Eurypon, had been born to the king. This was the mythical origin of the ruling families’ names, the Agiads and the Eurypontids.

Herodotus offers a complete genealogical list for the ancestry of Leonidas and Leotychidas, the two Spartan kings around the time of the Persian Wars. (Histories: 7.204.480 for Leonidas and 8.131.2 for Leotychidas). 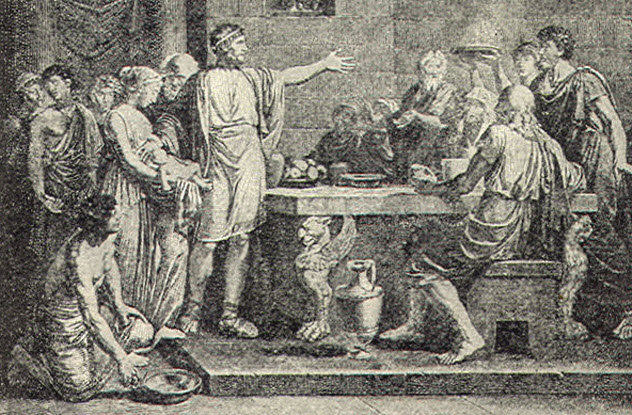 The ephors were a branch of Spartan government with no equivalent in the rest of the Greek world. They were elected annually from the pool of male citizens. Their role was to balance and complement the role of the king. They were the supreme civil court and had criminal jurisdiction over the king. 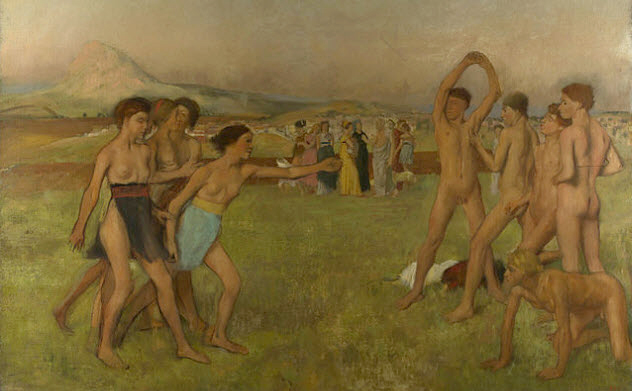 The role of women in Sparta was different than in the rest of Greece. In general, they had a lot more freedom. They were not secluded like in many other Greek cities, and girls were expected to endure the same physical training as boys.

They also had gymnastics side by side with boys, all naked. They were trained in casting the dart, running, wrestling, and throwing the bar, among other skills. All this was supposed to make women stronger, more flexible, and better equipped to endure the pain of bearing children.

Spartan women had a reputation among other Greeks of being chaste. This admiration coexisted with the fact that if a married woman was childless, the state could order her to see if another man could do a better job in begetting children. Usually, women would accept this initiative. Spartan law was strict about encouraging new children, and there was little or no room for maneuvering in this regard. 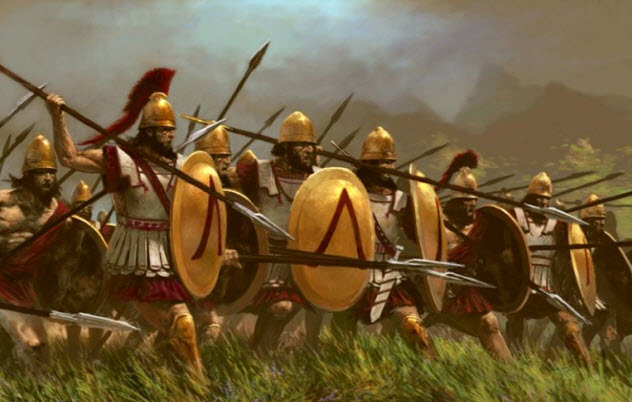 Spartan citizens were expected to become professional soldiers, a process that began by removing young kids from their homes at age seven. The young Spartans were separated into age groups and lived in military housing.

From age seven, Spartans had to endure severe athletic and military training. Plutarch (“Spartan Customs”: 239d) said that Spartans boys were flogged with whips for an entire day on the altar of Artemis and they had to tolerate it, competing with each other to see who was capable of resisting the highest number of strokes.

Their training became even more intense at age 20. By this time, they joined common mess halls. Their skills in the battlefield allowed them to be capable of outmaneuvering any other Greek army. It was no coincidence that Sparta had no need for fortifications during most of its history.