Disasters involving disease, fire, maritime catastrophes, mine explosions, airplane crashes, oil spills, and earthquakes have led to the losses of millions of dollars and hundreds, even millions, of lives. Man-made cataclysms are sometimes preventable. On occasion, they occur because of violations of existing safety laws or regulations. Other times, they are due to carelessness. Natural disasters may not be avoidable, but their ill effects sometimes can be reduced.

Although disasters are horrific, they often expose weaknesses in the safety laws and regulations designed to protect people from the property loss, injury, and death that such events typically cause. Sometimes, disasters also indicate a need for new ordinances. Often, such events motivate officials to take administrative, legislative, and judicial actions that are long overdue.

Here are 10 disasters that sparked new safety laws and regulations. 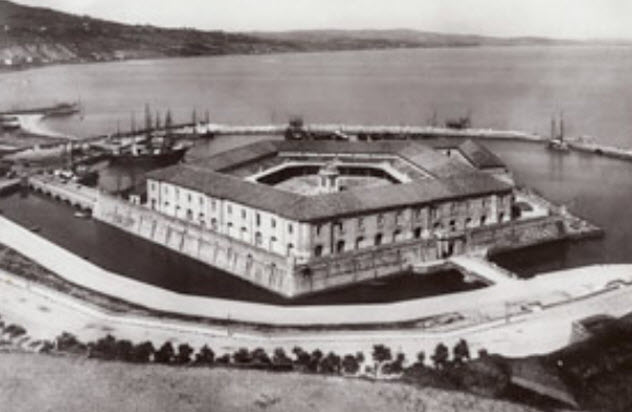 In October 1347, a dozen Genoese ships, having sailed through the Black Sea, docked at Messina, Sicily. Most of the sailors aboard were dead. The few who had lived were deathly ill. From their boils, their illness took its name: the “Black Death.” Although authorities ordered the “death ships” to return to sea, the Black Death killed over 20 million people in Europe—one-third of its population—over the next five years.

Italian cities were the first to combat the Black Death with new safety laws and regulations. Venice barred ships suspected of carrying the plague from its ports. The city subjected other ships and their passengers to quarantine for 30 (later 40) days. The dead were interred in isolated graveyards in accordance with regulations specifying procedures for collection, conveyance, and burial. Pistoia restricted “imports, exports, and travel,” and Milan established a “pesthouse” outside the city gates for infected individuals. 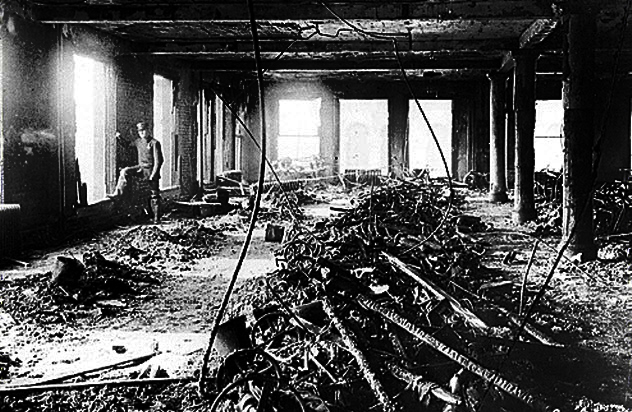 On March 25, 1911, 145 people died in one of the worst factory fires of all time. Worse yet, their deaths could have been prevented. Doors inside the factory were locked. As a result of the fire at the Triangle Shirtwaist Factory, new laws and regulations were instituted to ensure workers’ safety.

The Manhattan factory, a sweatshop operated by teenage immigrant girls who didn’t speak English, ran 12 hours each day, producing women’s blouses, or “shirtwaists,” as they were known at the time. The only ways out were a narrow fire escape and an elevator that held 12 people.

During the fire, the elevator collapsed. One of the two stairways inside the building was locked. The other ended at a door that opened only inward. To save money, the owners, Max Blanck and Isaac Harris, had neglected to install a sprinkler system and had ignored other safety laws and regulations.

As a result of the disaster, the Sullivan-Hoey Fire Prevention Law was passed. So was other legislation and regulations. New state laws mandated “fire sprinklers, fire drills, and unlocked and outward-swinging doors.”

Among other provisions, additional laws required the removal of fire hazards such as rubbish, the use of fireproof waste receptacles, the protection of gas jets, the prohibition of smoking in the factory, the presence of fire escapes and exits, and the assignment of building occupancy limits. 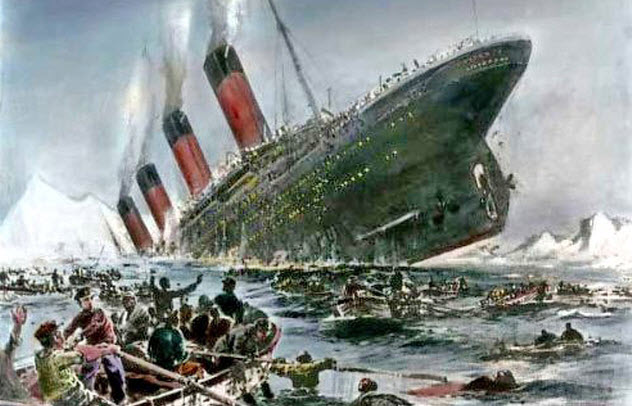 On April 15, 1912, the unthinkable happened: The “unsinkable” RMS Titanic sank after striking an iceberg on its maiden voyage across the North Atlantic. Of the 2,214 people aboard, 1,517 died. It had been believed that the ship was safer than any vessel that had ever been to sea. It was made of steel. Its 16 compartments were watertight. It had its own “waterworks” and power plant. It was equipped with two radios.

Human error was at fault, and the disaster was preventable. The ship’s “captain ignored 20-plus warnings about icebergs,” continuing to operate after night had fallen when icebergs are nearly impossible to see. The ship had been provided with too few lifeboats for the passengers and crew aboard the ship.

The SS California was anchored 25 kilometers (15 mi) away, “waiting for daylight to proceed” while the Titanic sank. The California observed the Titanic‘s “distress rockets,” but the ship made no rescue attempt. The crew assumed that the rockets had been fired merely to signal the Titanic‘s “presence, as ships often did then.” Had the California responded, “more passengers could have been saved from the doomed ship, which sank in four hours.”

After the Titanic disaster, North Atlantic Ocean “ice patrols became more frequent and rigorous.” Crews were required to man onboard radios “at all times,” and “lifeboat safety drills” were mandated. In 1914, the International Convention for the Safety of Life at Sea replaced “a patchwork of national conventions with one global maritime safety standard.”

In addition, rockets could be fired only to indicate distress, and ships were redesigned with double hulls and taller bulkheads in some cases to ensure that they were watertight.

7 Fires In Spencer And Remsen, Iowa 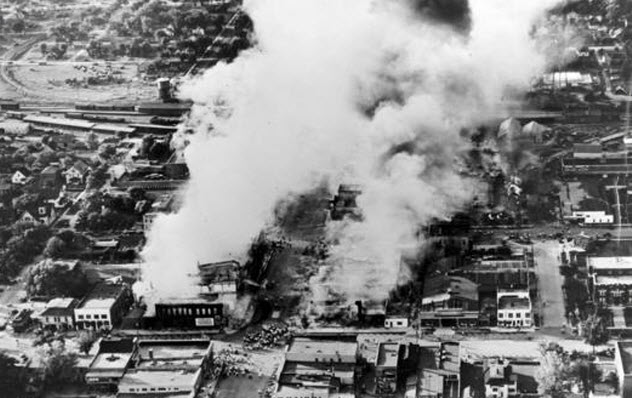 Recently, a group of Iowans tried to get the state legislature to legalize fireworks. But it seems that lawmakers learned their lessons from the 1931 Spencer inferno and the 1936 Remsen conflagration. Both were five-alarm fires. The one in Spencer started when someone dropped a sparkler into a store’s fireworks display. In minutes, 25 businesses had gone “up in smoke” and another 50 were damaged. The fire covered 2.5 downtown blocks.

Perhaps caused by carelessness with fireworks, the Remsen fire ignited and destroyed a garage, two city blocks, “grain elevators, [a] baseball field, [a] residential neighborhood,” a hotel, a tavern, a pool hall, a pharmacy, a cafe, and a lumber company. Local volunteers, bolstered by firefighters from a half-dozen nearby cities and 150 National Guard troops, fought the Remsen inferno and the wind and high temperatures that “hindered” them. The fire was so intense that it melted the wheels of rail cars. Losses totaled $600,000 (over $10 million today).

Two days later, the Remsen City Council outlawed fireworks. In 1938, the state also prohibited their sale anywhere in Iowa. In general, the only exceptions are 1.4G consumer “novelty fireworks,” such as some sparklers, snakes, and caps that “produce low-level aerial effects.” Some cities also allow “cones, parachutes, and fountains.” 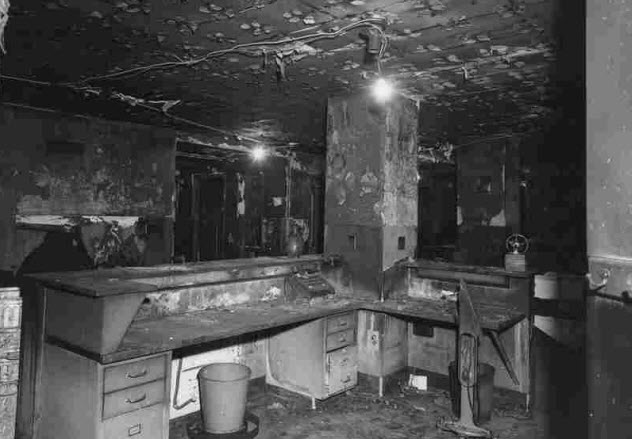 On December 8, 1961, Hartford Hospital in Connecticut caught fire when someone flicked a cigarette into a trash chute. The chute ran through all 13 floors of the hospital. Sixteen people were killed, including “patients, visitors, two staff members, a nurse, and a resident doctor.”

As a result of the disaster, hospital safety procedures and building codes changed. Trash chutes must be equipped with sprinklers. Doors and other barriers must resist fires for one hour. Draperies and curtains must be fire-resistant. Additional doors were installed to “create refuge areas.”

5 Farmington Mine And Other Mine Disasters 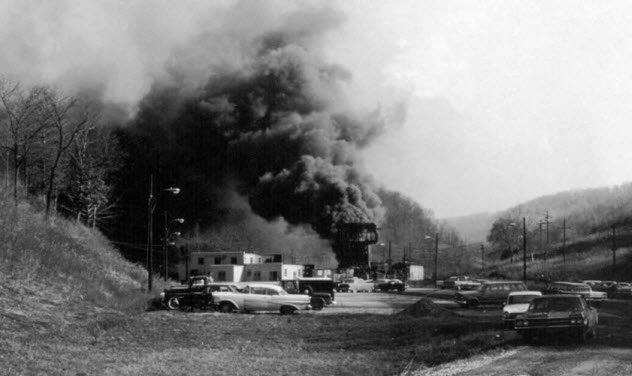 On November 20, 1968, 78 coal miners in West Virginia lost their lives in the fires and explosions inside Consolidation Coal’s Farmington No. 9 Mine. Their bodies were not recovered until 10 months later. Although the “ignition source” of the initial explosion was never determined, investigators said that “contributing factors were inadequate methane testing and ventilation along with the presence of high levels of methane gas and coal dust.”

The disaster prompted the passing of the Coal Mine Safety and Health Act of 1969, federal legislation that “standardized coal mine health and safety practices.” The law “increased federal enforcement powers in coal mines, set monetary penalties for violations, and established criminal punishments for knowing and willful violations.”

After an explosion that killed 12 people at the Sago Mine that same year, President George W. Bush signed the federal Mine Improvement and New Emergency Response (MINER) Act, which increased the lowest “fines for mine safety violations from $60 to $2,000 or $4,000, while ‘flagrant’ violations can draw a fine of as much as $220,000,” up from a previous $60,000.

In addition, the MINER Act authorizes the government to close mines that are “pattern” violators. The Sago Mine probably would have qualified as a pattern violator. In 2005, it was “cited 208 times and fined more than $24,000 last year for various violations, including 96 that were considered likely to cause injury or illness.” 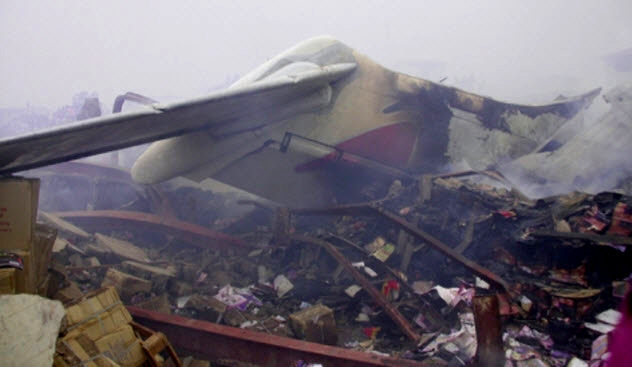 Nigeria has a long track record of air crashes. It dates from November 20, 1969, when Nigeria Airways BAC VC10 crash-landed and killed 87 people aboard to October 29, 2006, when a Nigerian Aviation Development Corporation Boeing 737 “with 104 on board” crashed “minutes after takeoff from Abuja’s airport during a rainstorm.” The 2006 crash killed “all but six,” including Nigeria’s Sunni Muslim “spiritual leader,” His Eminence, the Sultan of Sokoto, Alhaji Muhammadu Maccido. 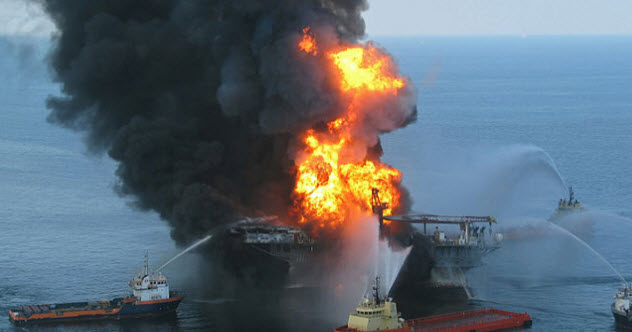 In April 2010, the Gulf of Mexico oil spill (aka the British Petroleum (BP) oil spill), one of the worst environmental disasters ever, was caused by a leak in an undersea pipe after the explosion and sinking of the Deepwater Horizon oil rig about 67 kilometers (42 mi) off the Louisiana coastline. The disaster resulted in 11 fatalities and the release of five million barrels of oil into the Gulf of Mexico until the pipe was repaired 87 days later.

The environmental consequences were severe. Oil slicks formed on the surface of the water, oil collected on the ocean floor, and oil washed ashore. Coral, pelicans, turtles, seabirds, and other marine life were devastated by the effects of the spill.

After a massive cleanup by BP and government agencies, the US Department of the Interior proposed in 2015 that oil companies be required to use “stronger blowout preventers.” These devices close an offshore well if there’s a breach in the pipeline. The failure of a blowout preventer triggered the Gulf oil spill when the explosion occurred at the Deepwater Horizon rig.

The Interior Department has also mandated the use of stronger well casings and introduced regulations regarding the use of cement to reinforce wells. 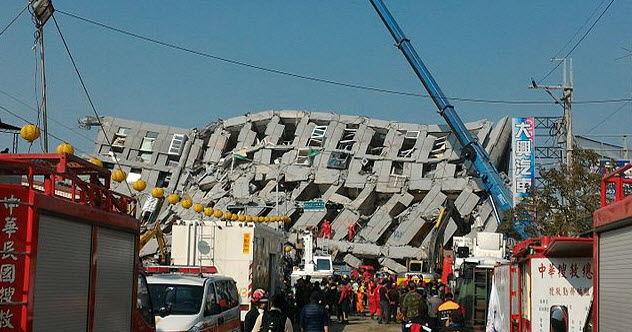 In February 2016, an earthquake struck Tainan, Taiwan, that measured 6.4 on the Richter scale. It toppled the 16-story Wei-kuan apartment complex, which killed 115 of the 117 people who died in the disaster. Shoddy construction is said to have caused the building to fall: “Foam and tin cans had been used as filling in concrete structures.” There were other “flaws” in the construction, too. Steel reinforcement bars were “inadequate.”

In the aftermath of the disaster, new laws were enacted in the form of amendments to the Building Act to “enhance quake-resistance standards,” improve the quality of construction, and improve building inspections. The government also subsidized the earthquake-resistance retrofitting of older buildings.

The families of those who lost their lives in the apartment building’s collapse received NT$3 million (Taiwanese dollars) in compensation. The injured received between NT$200,000 and NT$750,000. 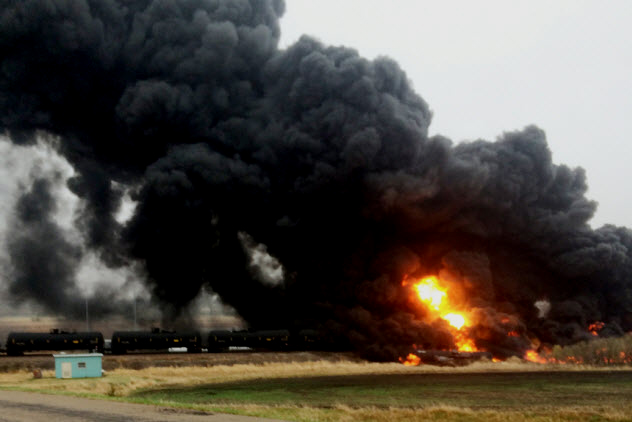 With increasing numbers of oil transports by train in both the United States and Canada, accidents have increased. In May 2015, an oil train ignited after derailing in North Dakota. The fire forced a nearby town to evacuate. Fortunately, there were no injuries. This and other accidents involving oil trains have sparked new regulations by which the US Department of Transportation hopes to promote safety.

Some of the accidents have involved fatalities. In July 2013, 47 people were killed in an oil train accident in Quebec. Between March 2013 and January 2014, 10 such accidents resulted in oil spills. Many oil tank cars date from 1964 and were used originally to transport “nonflammable hazardous liquids like liquid fertilizers.”

The regulations require an improved tank car standard, the retrofitting of certain older tank cars based on an assessment of risk, and a “new braking standard” to minimize the “severity of an accident and the ‘pileup effect.’ ” The US and Canada worked closely with one another in establishing the new regulations.

Gary Pullman lives south of Area 51, which, according to his family and friends, explains “a lot.” His 2016 urban fantasy novel, A Whole World Full of Hurt, will be published by The Wild Rose Press. An instructor at the University of Nevada, Las Vegas, he writes several blogs, one of which is bit Lit: Short Stories Anesthetized, Euthanized, and Sterilized at http://murdertodissect.blogspot.com/.